From Ibanez Destroyer to Fender fixer, the guitar tech has seen it all. 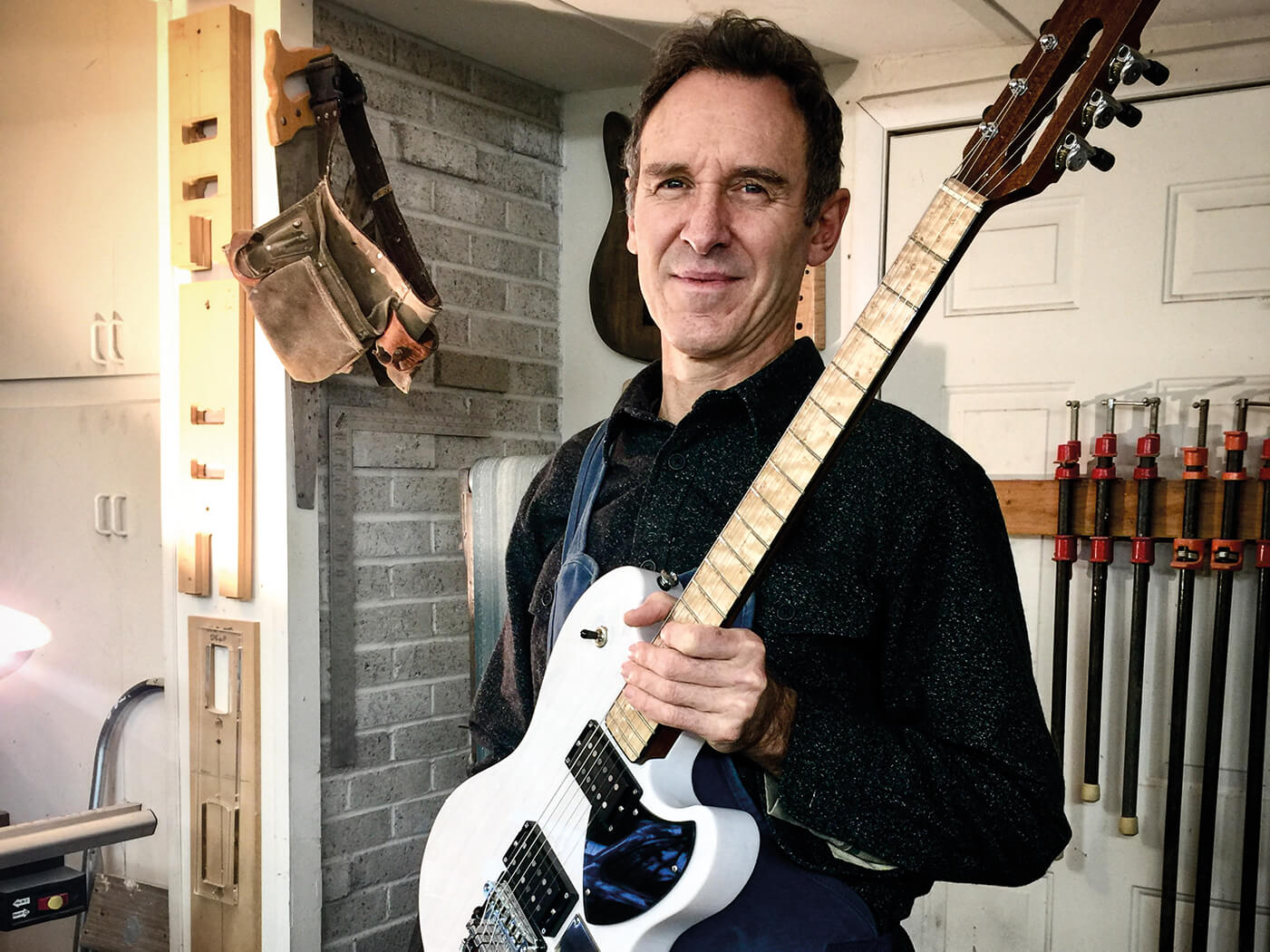 Nirvana, Foo Fighters and Brandi Carlile are just three of the huge acts for whom Earnie Bailey has toured the world as a guitar tech. He also builds stellar electric guitars and stompboxes under the Wire Instruments monicker. Here, Earnie tells us how it all began, dispenses some sage advice and talks us through some of his career highlights.

How did you become a guitar tech in the first place?

“As a teenager in the late 1970s, I was living in a rural setting without much in the way of distractions when I bought my first electric guitar. Upon realising that learning to make chords was going to be slow and challenging, I decided to completely dismantle and reassemble my Ibanez Destroyer. In the process, I learned much of how it worked and gained a basic understanding of what could be adjusted and how those details could make the instrument easier to play.

“I discovered the public library in our town had stacks of Guitar Player magazines which featured articles about mods and repair work, as well as a column by Craig Anderton on how to build your own pedals. So in addition to those resources, I sent in an order for Anderton’s book, and began the process of writing letters to guitar companies requesting literature as a means to learn more about construction concepts and what was going on with all those switches and preamps, which were a popular feature at the time. 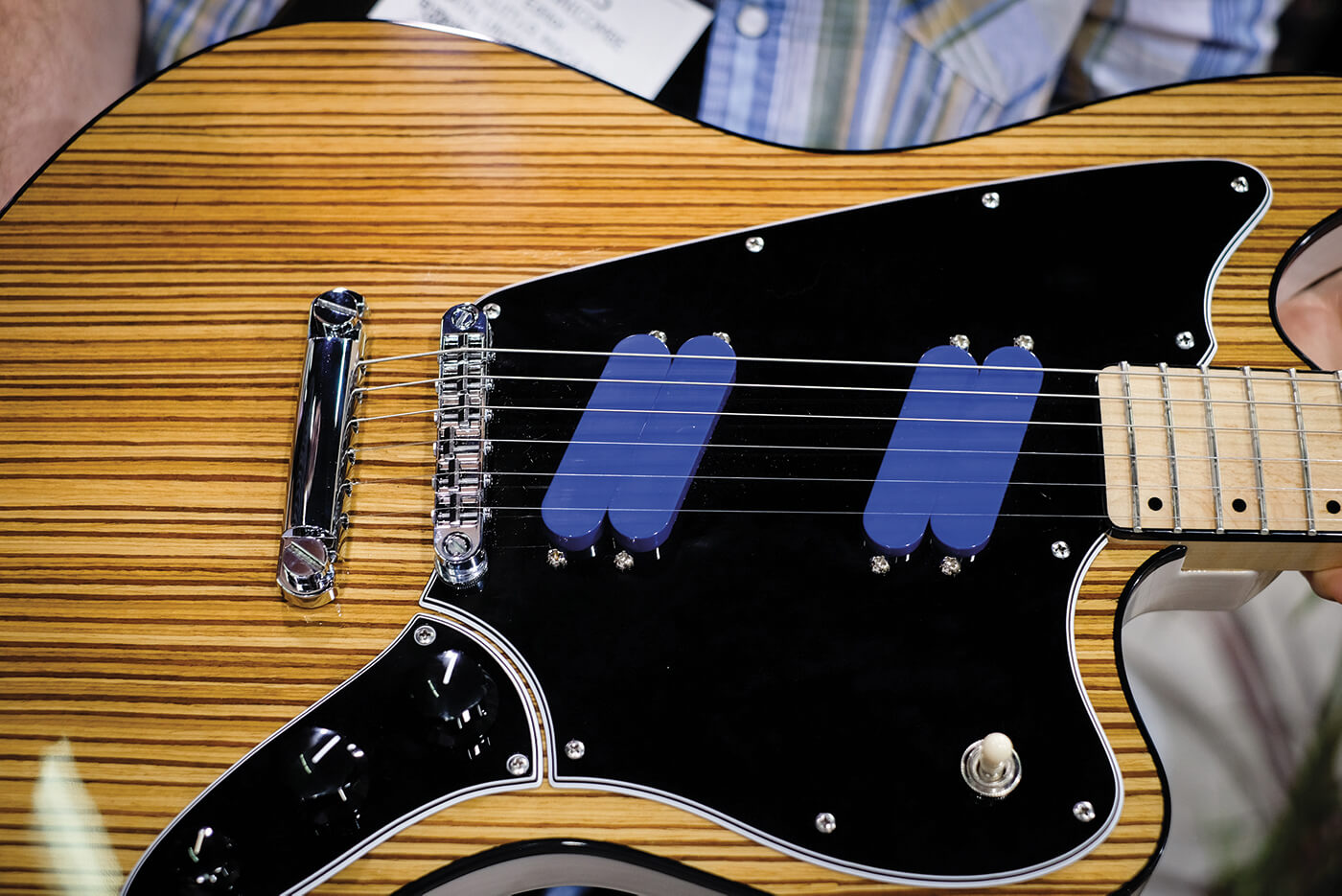 “That progressed into fixing and setting up my friends’ guitars, and from there I began to take a Greyhound bus to the city 90 miles away on the weekends to hang out in a guitar-repair shop and pester a craftsman named John Saba with endless questions about the kinds of work they did. He was patient and willing to share his knowledge, and would send me off with a grocery bag full of random guitar parts. Using those, I was able to make my first attempts at guitar making in high-school woodshop class.

“Soon after that, I wound up moving to the city and getting a job at the repair shop while going to college. After receiving a degree in visual arts, I decided I was far more interested in working on guitars, and stayed with it.

“A decade later, I was living in Seattle doing a fair amount of repair and restoration work on guitars and amps, when I was given the opportunity to work for Nirvana. So out of the blue, my occupation went from being conducted in a small workshop, to doing repair work in hotels, buses, theatres, stadiums and recording studios. The schedules were demanding and the experiences at times profound, witnessing history as well as providing a useful minor role within it.”

How has a history of repairing guitars informed your approach to guitar building? 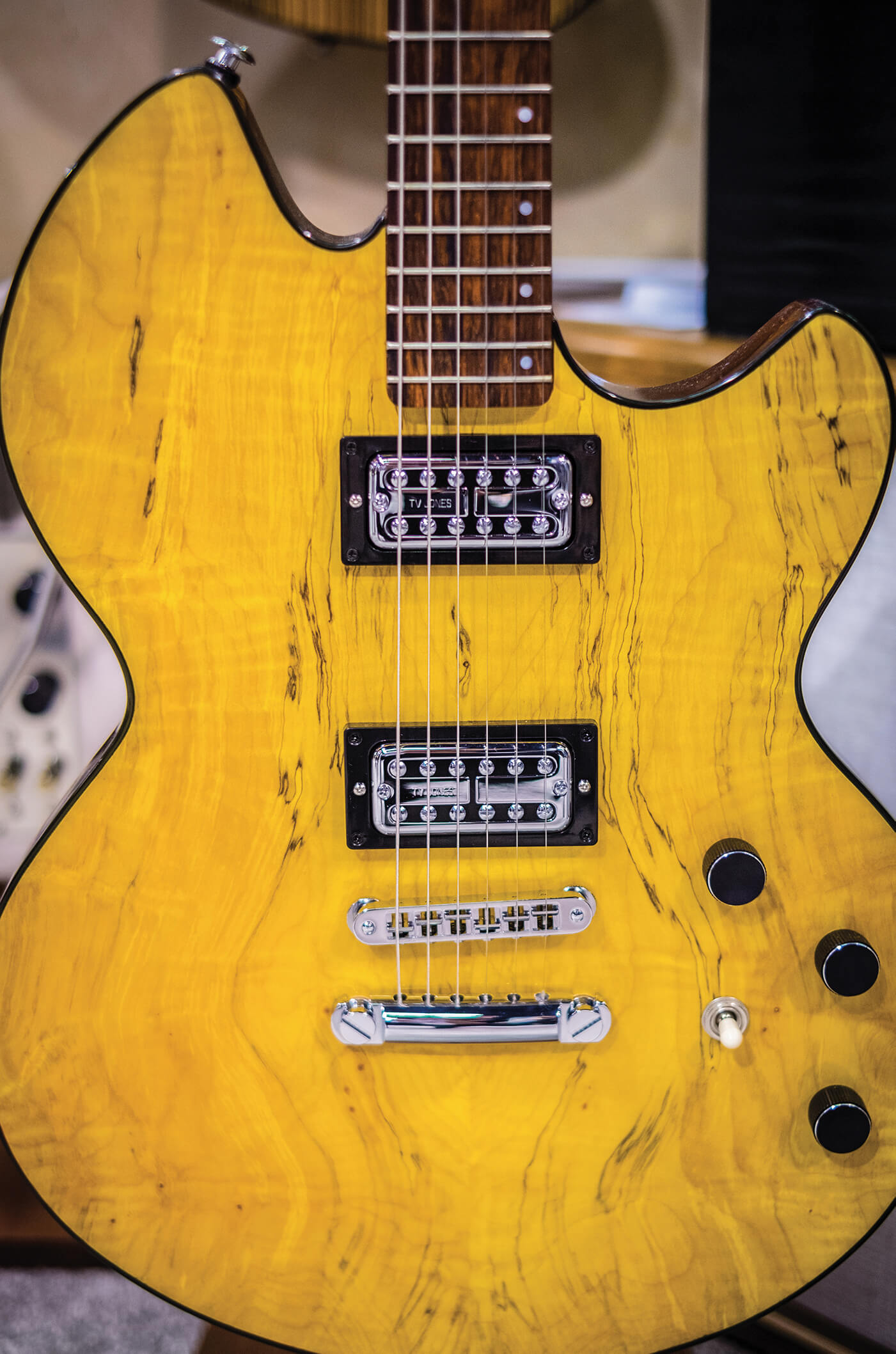 “The foundation in repair work appears in most of the detail areas. Fragile adornments are absent, replaced by more industrial design elements harnessed alongside fundamental utility.

“Primarily, it taught me to build with the notion that your imagination gets to run wild, right after you wring out the engineering. The R&D team at Fender in the 1950s did so many things right in their modular approach to building the electric solidbody, while making the instruments easy to service and very roadworthy. These are the intelligent design elements you quickly grow to appreciate doing set-ups and repair jobs.”

What’s the number-one show-saving item that people should carry in their gigbags?

“In my experience, a soldering iron and a knowledge of electronic repair has been most helpful in keeping a performance from being cancelled. If that’s not where you want to spend your time honing your skills, having spare cables, pedals, strings and a small backup amp are likely to cover most unexpected situations.”

What’s your top tip when it comes to tuning stability? 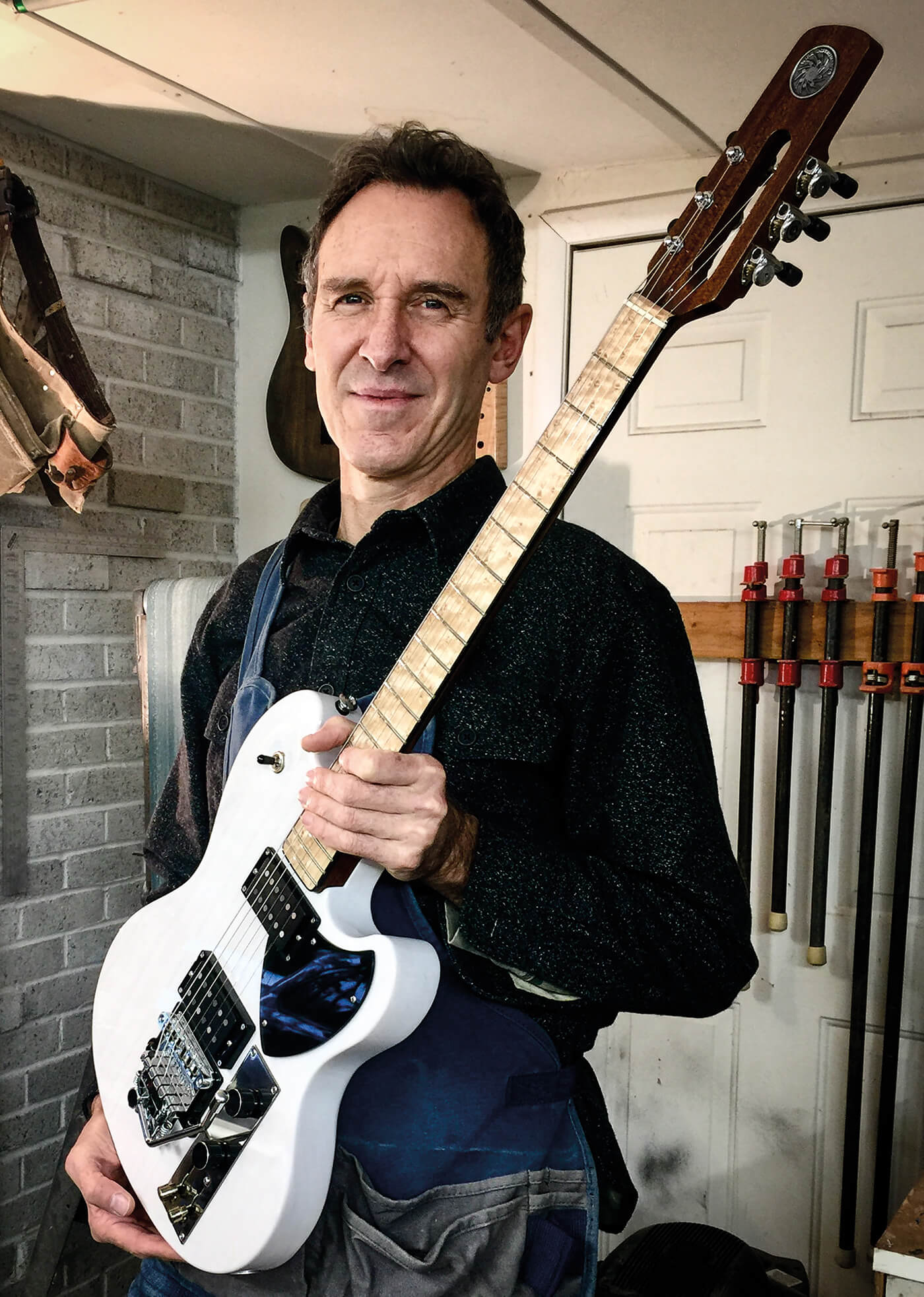 “Good winding and wrapping technique when installing a new set of strings. There are a few ways to make a big difference at the tuning heads, although it’s easier explained with a visual lesson. Another thing I often see is enclosed tuner bushings that become loose after the finish on a new guitar has had a year to shrink after they were put on tight at the factory. Getting these snug without over-tightening will make a difference in stability.

“A close second and third are thorough string stretching with some transient-attack picking, followed by always tuning from flat up to the note. From sharp down to the note is prone to tuning failure, as unreleased or hanging tension waiting at the contact points – the nut, bridge, string trees – often gives way while playing.”

How has the role of live guitar tech changed over the years as technology has progressed? 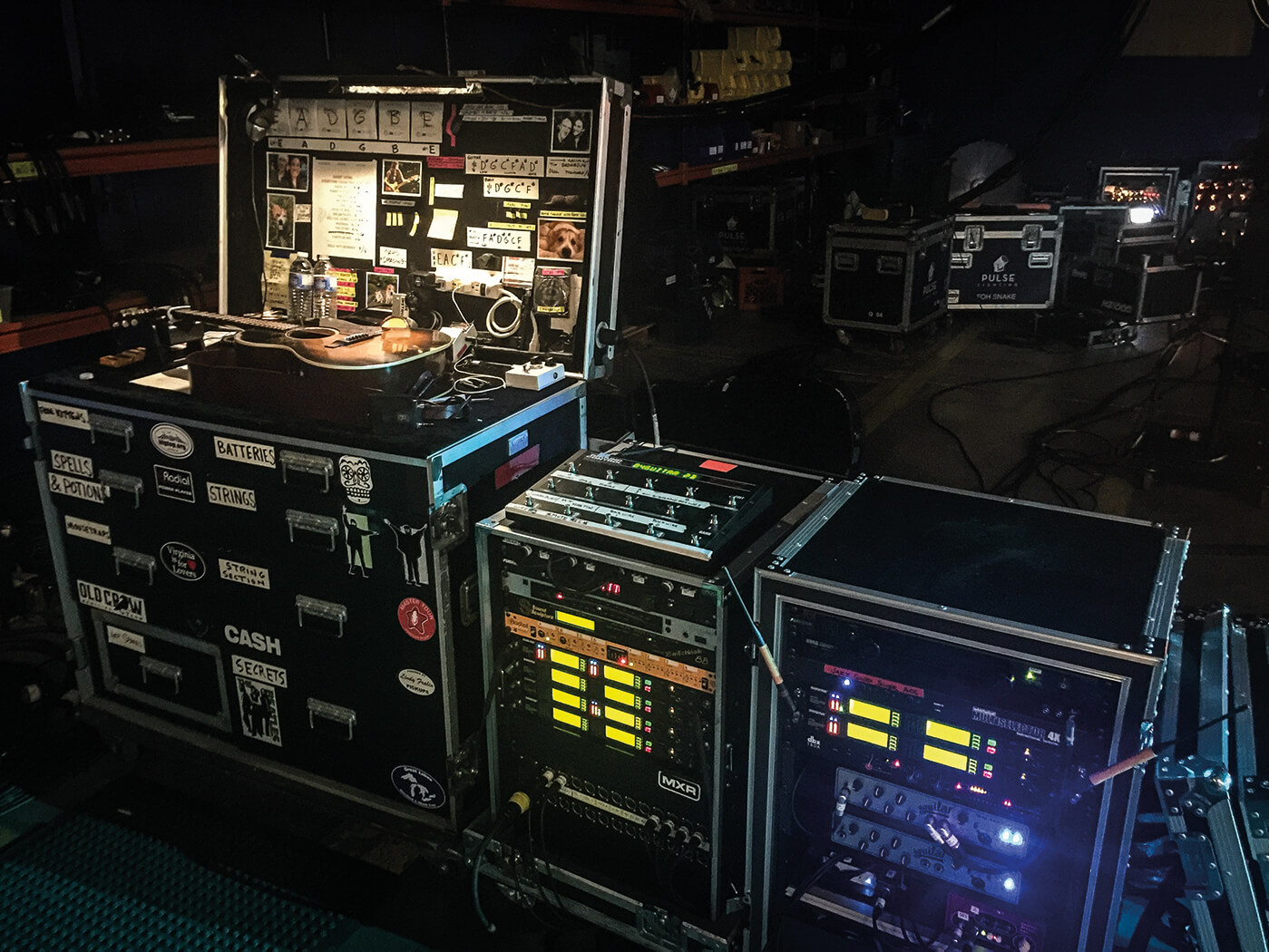 “For starters, we now have workstations that provide an organised and a familiar workspace. It’s super-helpful when the need for quick thinking and troubleshooting arrives in pairs. We’re also living in the golden age of very well-built guitars, amps and pedals. Pedalboards have also become more substantial and are not only an area that requires more knowledge, but a real area of concern in a live setting based on the amount of connections, points of compromise and exposure to the elements.

“Wireless has come a long way compared to 40 years ago – and today’s touring systems involve MIDI switching and routing, tidy cable looms, et cetera. It’s more to think about and keep your attention on, but allows so much more freedom for the performer.”

Over the years, what have been the most fun gigs to watch from the side of the stage?

“My shortlist would include Nirvana’s Unplugged In New York and their shows in São Paulo in Brazil, the Roseland Ballroom, New York in July of 1993 and the 1992 MTV Music Awards. Brandi Carlile at the 2019 Grammy Awards – otherworldly talent and raw power, taking nothing for granted and leaving one tough audience speechless. Radiohead performing Paranoid Android on the Jools Holland show in 1997. I don’t have words for how incredible this was to witness first-hand. And David Bowie’s 50th birthday at Madison Square Garden.”

Is there one pearl of wisdom you’d offer that will help people’s gear survive a tour?

“Invest in solid road cases, and haul anything irreplaceable with you into the hotel room if you don’t have someone guarding the equipment.”

“Yes, all of the above and staying busy on all fronts. It’s been great fun getting back to building pedals and studying schematics is like scanning through cookbooks for ideas. They find homes as fast as I can build them and, like guitar-making, allow me to live in my artistic brain with the necessary structure to juggle multiple occupations.”