The intriguing history of the Gittler guitar

Still ahead of its time, the Gittler is one of the most radical innovations in the history of the guitar industry. Here’s how it came to be. 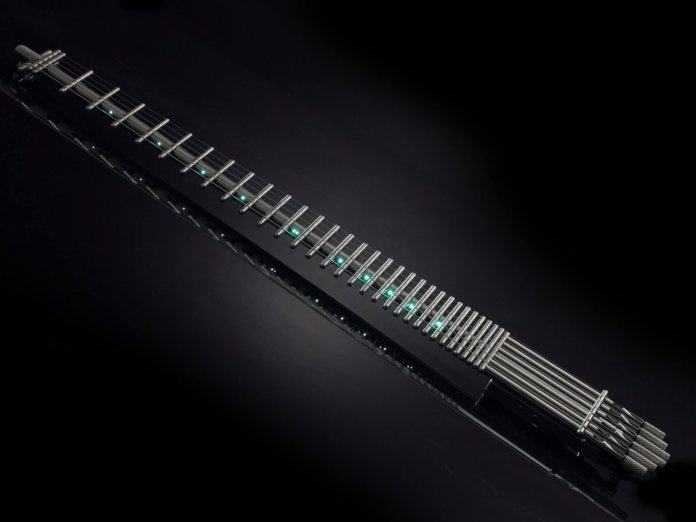 The 1970s was a golden era for the electric guitar. There were so many innovations that, inevitably, some of them have been lost in the mix, including the Gittler.

Created by Allan Gittler, whose patent was granted in 1978, this is an instrument of pure function. Stripped of accoutrements, the original Gittler looks more like a lap steel, a sitar or an instrument of torture than it does a traditional guitar. It trades the instrument’s usual wooden body and neck construction for an entirely stainless-steel build, 3 inches wide and 29 inches long, and about 2.7kg in weight.

In another drastic departure from common designs of the time, the original Gittler had no electronics onboard. Instead, in possibly the first-ever hexaphonic guitar output, the Gittler featured six passive output leads that terminated as RCA jacks. These cables were plugged into a wooden breakout box with volume and tone controls for each pickup. 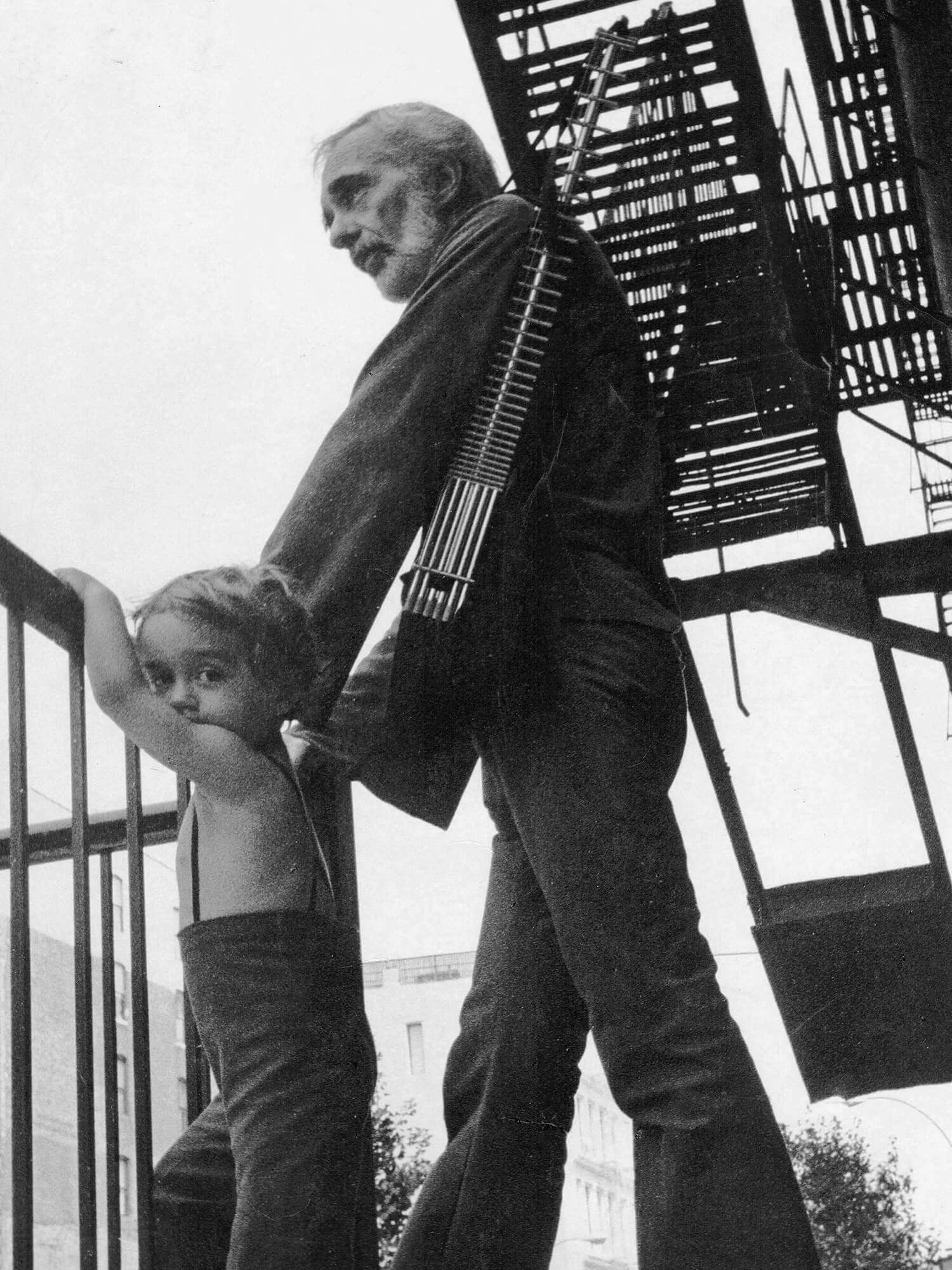 In the Gittler’s original run, between the late 1970s and early 1980s, only 60 were made (though Allan also built three prototype basses during this period). The Gittler guitar gained popularity when it appeared in the 1983 video for The Police’s Synchronicity II, which, not inconspicuously, features Andy Summers playing a Gittler atop a trash heap of more traditional guitars.

A year prior, however, Allan emigrated to Israel, where he adopted the name Avraham Bar Rashi. While in the Middle East, he was almost oblivious to the fact that his creation had become so desirable following its appearance on MTV. Meanwhile, he continued designing.

At one point, Avraham licensed another company, Astron, to manufacture his instruments on a large scale, though he later disavowed the deal. Why? Due to already shoddy manufacturing, Astron had been setting the Gittler’s stainless framework into a plastic body moulding to compensate for spine columns that were warped and unplayable. The contract he’d signed, though, was terrible and offered little recourse.

In a grassroots campaign, Avraham spread the word that the guitars did not have his blessing. Perhaps as a result, they were never successful. 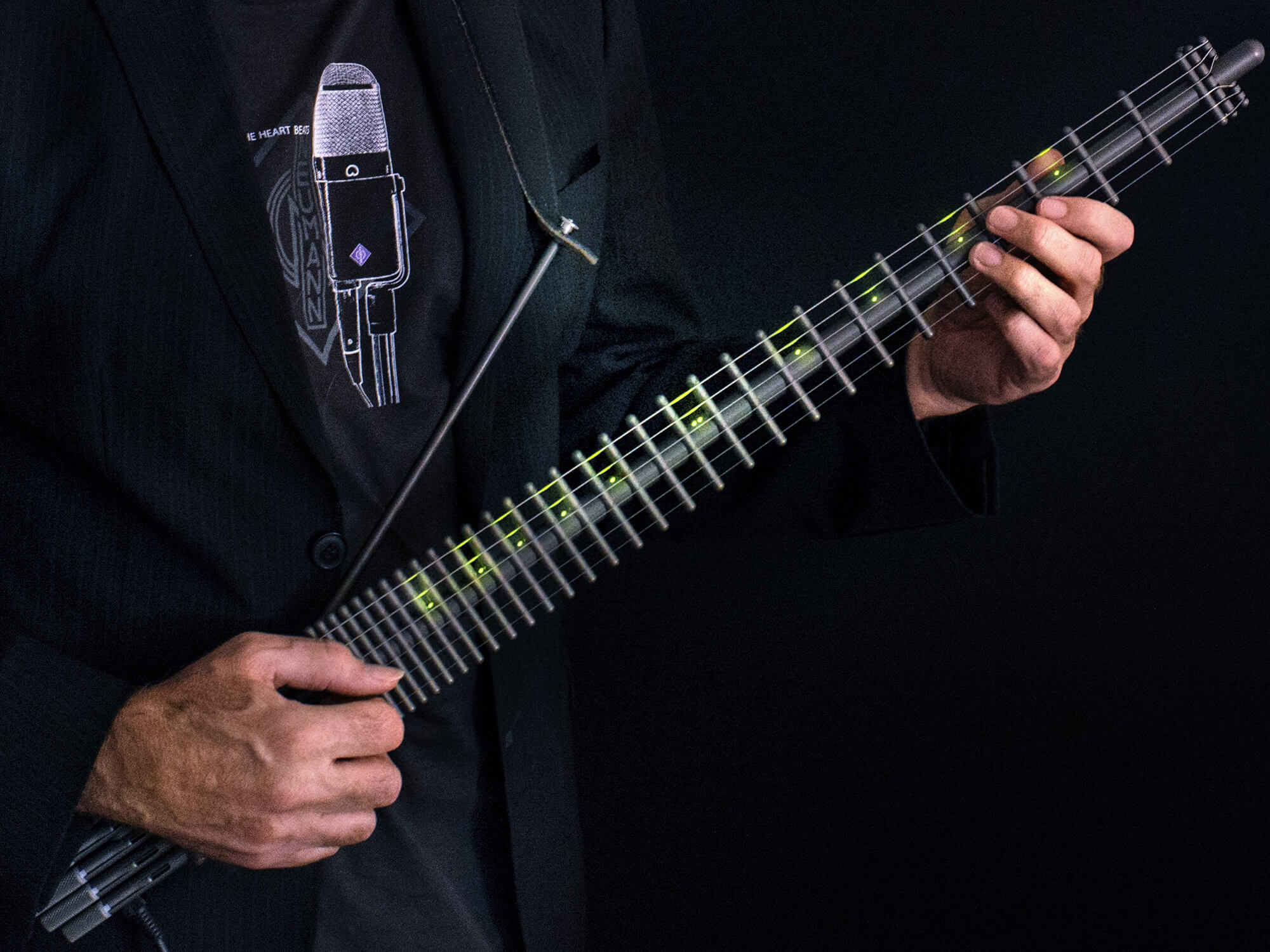 The man born Allan Gittler passed away in 2002, aged 73. Today, his eldest son is a partner at Gittler Instruments LLC. The Gittler is still in production, albeit a slightly different model.

Known as the Gittler 2.0, it retains its striking minimalist design but is now built entirely from aircraft-grade titanium, which means it weighs 1.4kg – almost half that of the original. The guitar has 31 frets, offering four octaves’ worth of notes. Each string has its own pickup and the guitar is now set up to work with any 13-pin MIDI system – by the likes of Roland, Boss, Axon, etc – making them an invaluable resource for synth players and film composers. In spite of its minimalist design, the Gittler is very versatile, with controls for volume, bass, and treble boost/cut, internal midrange and individual string gain, as well as switchable low-pass filters for better MIDI tracking.

Essentially a headless guitar not unlike the Steinberger, the Gittler’s bridge-based tuning machines were included in the 1978-approved patent, which means they actually pre-date Ned Steinberger’s re-imagining. The ‘nut’ at the top of the Gittler was updated for the 2.0 version with a locking headstock, meaning players no longer had to tie a knot at the top of the string.

The Gittler 2.0 can also be equipped with a Gittler Guard, which allows players to add a clear acrylic neck profile to the back of the instrument’s spine, meaning they can grip it as they would a traditional neck. The guitar’s creator was a classical flamenco guitarist – the spine along the Gittler’s back served that style of playing quite well, because that’s where the thumb should be anchored. But this made it difficult to play as many rock and blues artists do, with their thumb wrapped around the neck. The Gittler Guard is a welcome concession to a more populist playstyle. 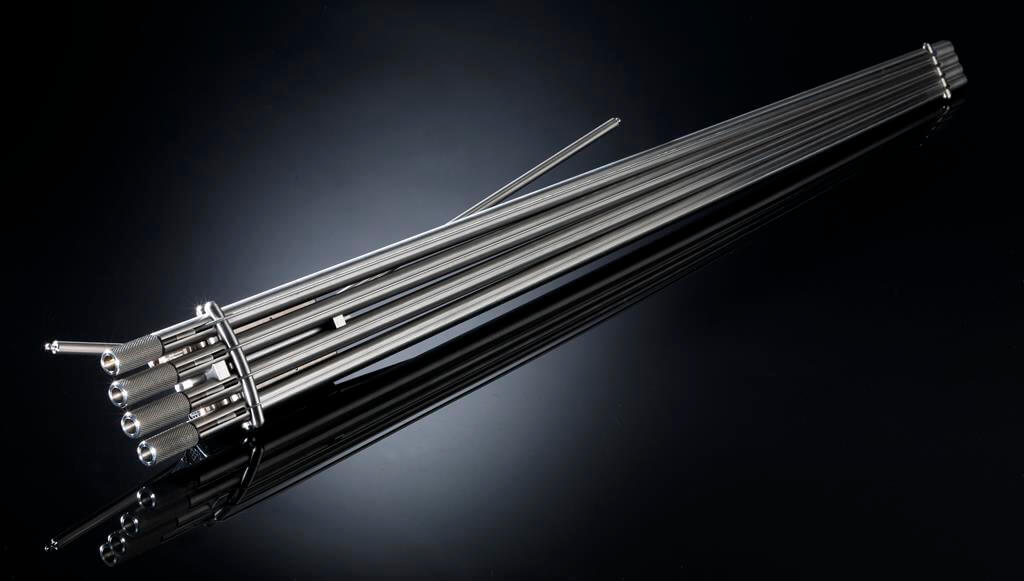 Gittler Instruments now offers other models, such as bass Gittlers and the T2 line-up, which features a body and a more traditional neck and fretboard. This hybrid gives players more of a traditional body while retaining some of the Gittler’s most iconic features.
The Gittler still seems ahead of its time. As much as we love traditional guitar models and shapes, it’s always refreshing to see brilliant designers laugh in the face of convention. There is perhaps no better testament to that than the Gittler.