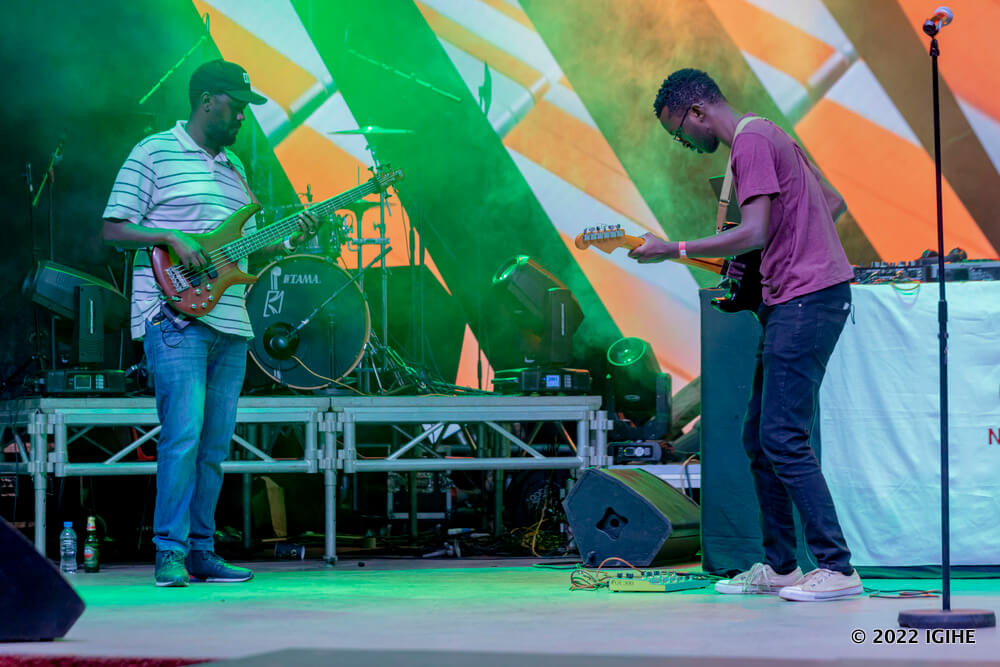 Deo Salvator shares his personal experience of an unexpected positive has grown out of some of Africa’s most dark recent days.

When I started playing guitar in 2014 I learned most of my intermediate skills from a Burundian refugee in Rwanda. My second mentor was a Rwandan guitarist Faida Sebuhoro who also learned from a Congolese refugee in Rwanda.

In case you need a reminder, my name is Deo Salvator, a fingerstyle guitarist from Rwanda and and in this column it’s my pleasure to share the stories of guitarists who are doing amazing stuff around the African continent, but this month I’m going to share a more personal tale. Being born in Rwanda and growing up here, I had to experience the long-lasting regional conflicts effects either indirect or direct as any other East African citizen would.

What I didn’t understand was the impact that these conflicts have had on the music scene in our part of the world, and in truth I wouldn’t come to fully understand this until I’d returned to Kigali after spending some time in the southern province of Huye to study accounting. The first gig I attended after I returned was at a venue called the Inema Arts Centre – a vibrant space that promotes live music and arts in the area – for a trio from Burundi called Kinga Blues. 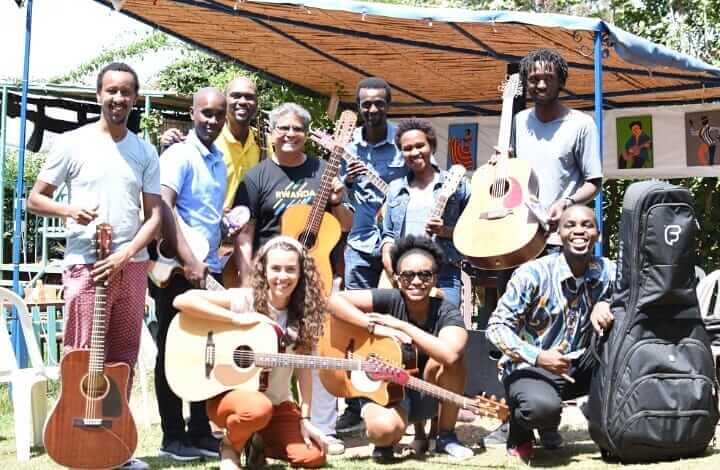 I’d first met the band’s guitarist, Nganji, back in 2017 but seeing them there that night made me want to throw myself into fingerstyle guitar playing. In Huye playing guitar with your fingers was seen as odd, but watching Nganji switch from his Strat to his 12-string Seagull guitar to dash off some incendiary fingerstyle was inspirational.

Everything I’d learned about advanced guitar by that point was what I could glean from YouTube, so working with Nganji, as well as his bandmates Claude Rene (the theory guru!) on bass and Lewis on drums. It wasn’t just technique either – Nganji also taught me a huge amount about how to organize gigs and other behind the scenes stuff that has proved so important in me embarking on the journey to create Fingerpickers In Africa.

But along this journey I’ve also kept coming across more and more musicians, like my first teacher, who have been forced to flee their country because of the devastating effects of war and regional conflict – but who have brought significant positive cultural impact on the countries in which they have sought asylum.

Back in the 70s, 80s and early 90s, Rwanda had a thriving and unique music scene. Most of the musicians played guitar and there were large numbers of bands and solo artists recording and performing all over the country. 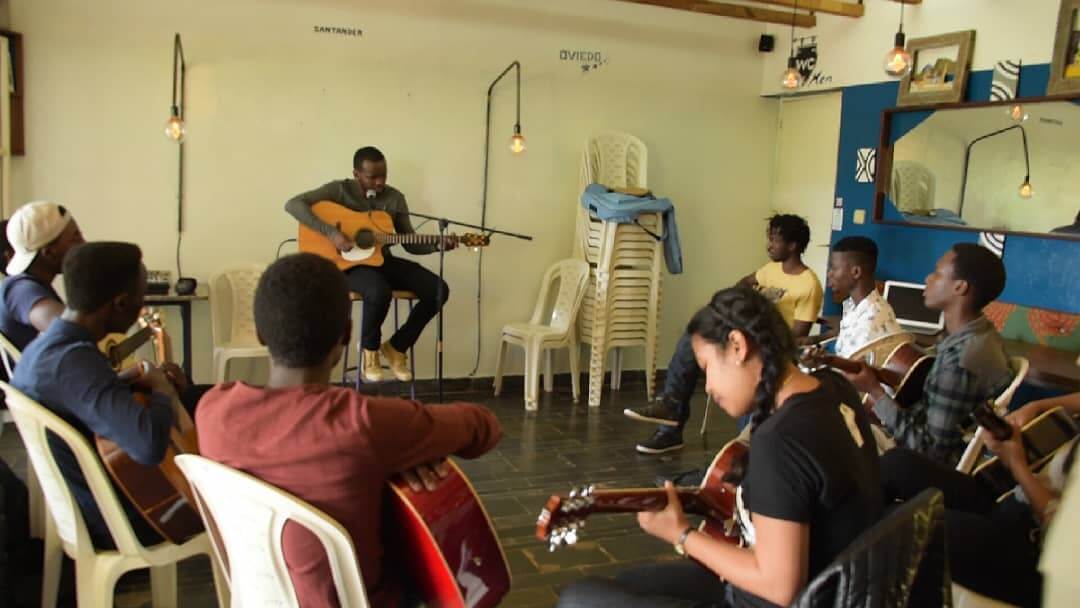 Tragically, many of these wonderful musicians were lost during the 1994 Rwandan Genocide, and combined with the gradual creep of western culture into Africa due to the advent of the internet in the years that followed, the scene began to slowly die out.
But the remarkable thing is that things are starting to change again for the better – and refugees are at the heart of it. A unique live guitar music culture is being brought back to life in Rwanda, and on my experience, many of the game-changers who have been involved in this revival are people who have come to the country from places such as Burundi, the Democratic Republic of the Congo, Uganda and Kenya.

This is why for the next series of this column, I would love to talk about those revolutionaries who chose to stand firm and put a brick on the industry. We will be talking bout, the legendary Mighty Popo, an amazing guitarist and blues enthusiast who’s also the founder of the first and only school of music in Rwanda (Nyundo School of Art and Music), Nganji Arnaud who’s Band Mutcho became hugely influential in Kigali’s live music after fleeing Burundi in 2015. We’ll hear the story of Congolese Cubaka Justin – the spider-fingered acoustic guitar player who’s jazzifying gospel music in Rwanda – and the legendary Tam Fum, who appeared in Rwanda’s Musical scene in 80’ and shared the stage with legendary guitarists Mutsari and Albert Rudatsimburwa after the 1994 Genocide against the Tutsi – and is still kicking ass to this day.

I’m really excited to share these stories with you, and I hope you’ll come along for the ride – see you next month!