With 50 years in the business and one of the world’s leading guitar collections, Norman Harris is the proprietor of a destination guitar store in Tarzana, California, which is frequented by A-list musicians and vintage obsessives alike. 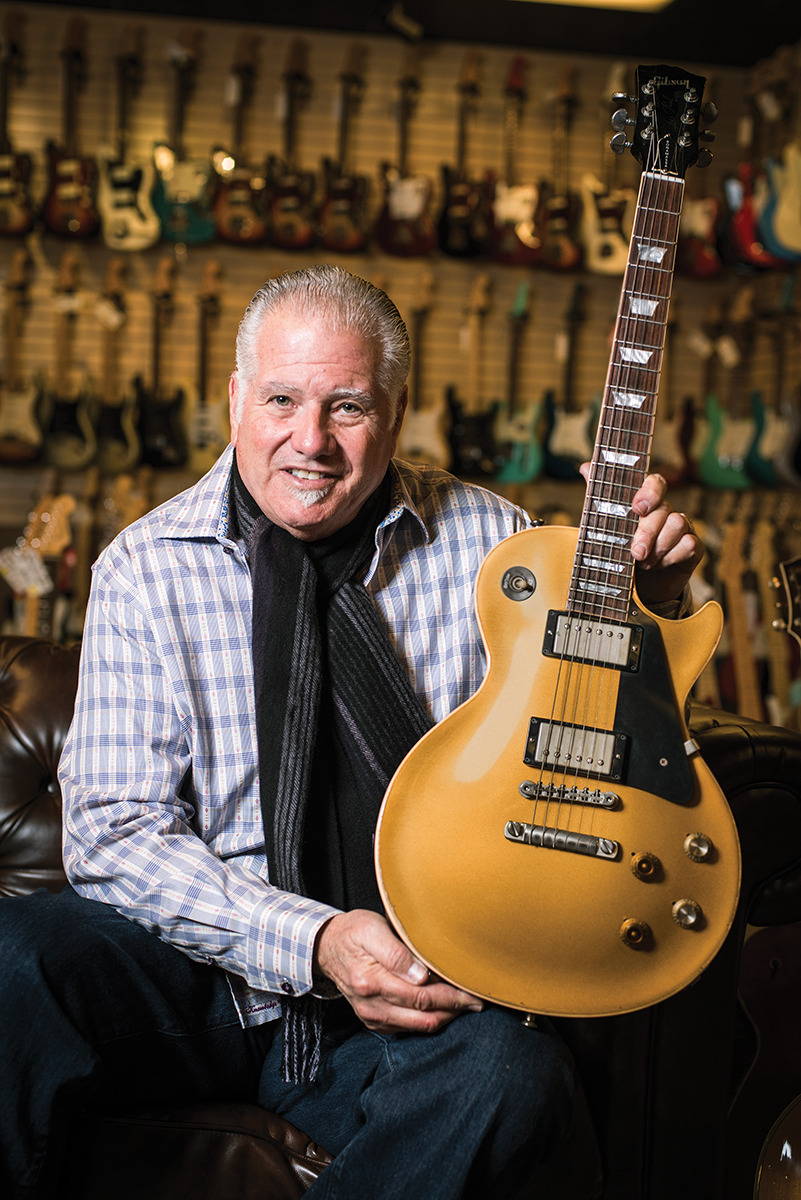 It might be world-famous, but you won’t find Norman’s Rare Guitars jostling for position with the souvenir shops that line the star-embedded sidewalks of Hollywood. Join Highway 101 and travel about 15 miles north west you’ll find yourself in Tarzana, a neighbourhood in the San Fernando Valley established on the site of a ranch formerly owned by novelist Edgar Rice Burroughs and named after his most famous creation, the jungle hero Tarzan. Only in America.

Norman Harris’ store resides in the corner of a nondescript strip mall sandwiched between Ventura Boulevard and the freeway. When we arrive, the sky is still bruised from a weekend storm that saw years of drought conditions in Southern Californian alleviated in a matter of hours. 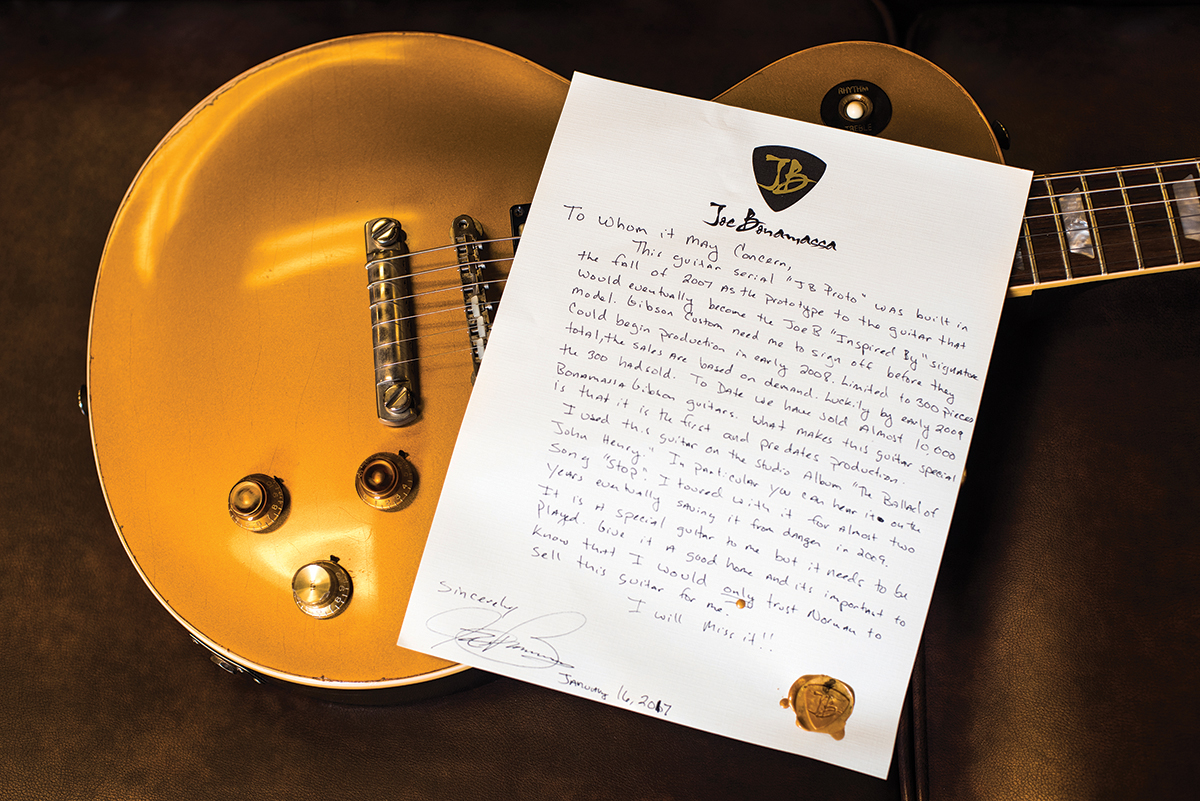 Inside we find shelter and guitars. New guitars, used guitars and vintage guitars. Hundreds of them. And that doesn’t even include the really good stuff in the back. We ask the boss how this whole thing got started in the first place and he winds the clock back to late 1960s Miami… 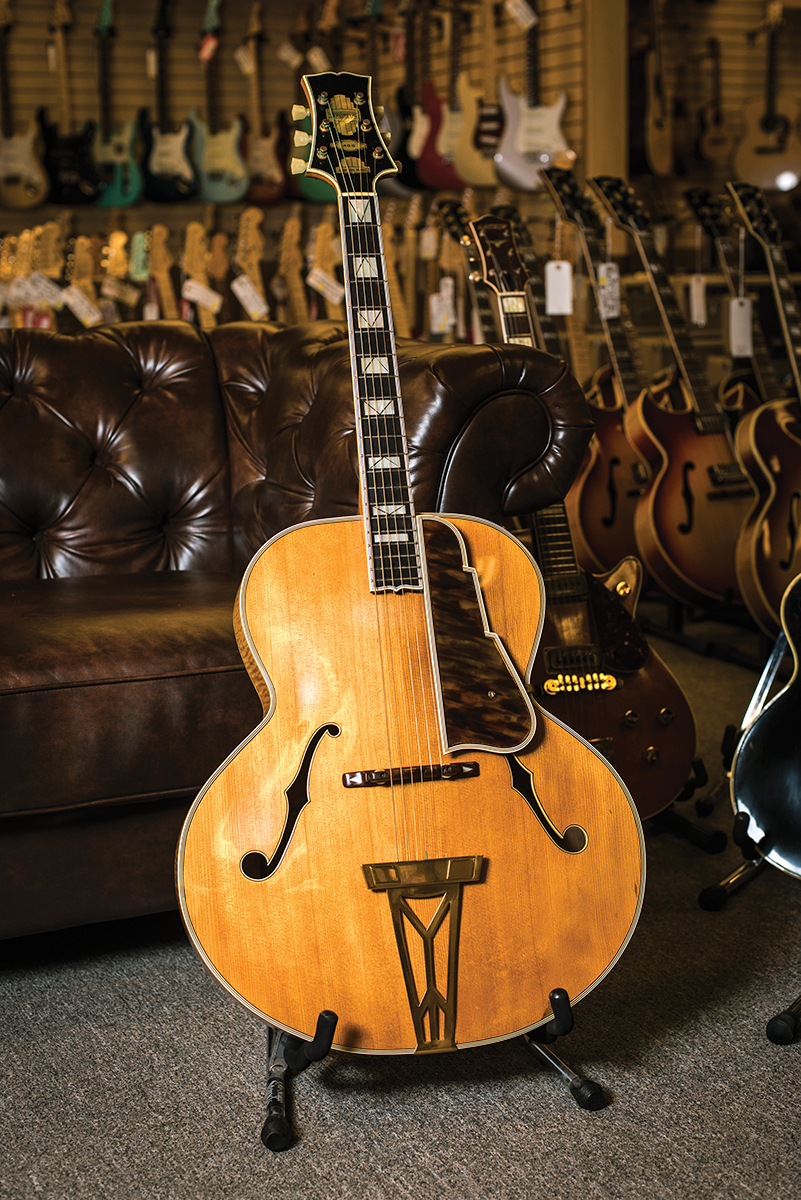 “Probably the two prime boutique builders back in the day were Stromberg and D’Angelico. Stromberg probably had even less of an output than D’Angelico and he’s a little less known. This guitar is 19 inches, blonde. Both of those makers made custom guitars for the top players of the day from Oscar Moore to whoever. There was so much more workmanship in an archtop guitar. It really is an amazing piece of art.”

“Originally I was a Hammond organ player,” Norman recalls. “My band had two guys that doubled on guitar and bass, and neither one had a bass, so I volunteered to go buy one ’cause I figured maybe I could learn to play. I bought a very early Jazz Bass, and everybody in town wanted to buy it from me. 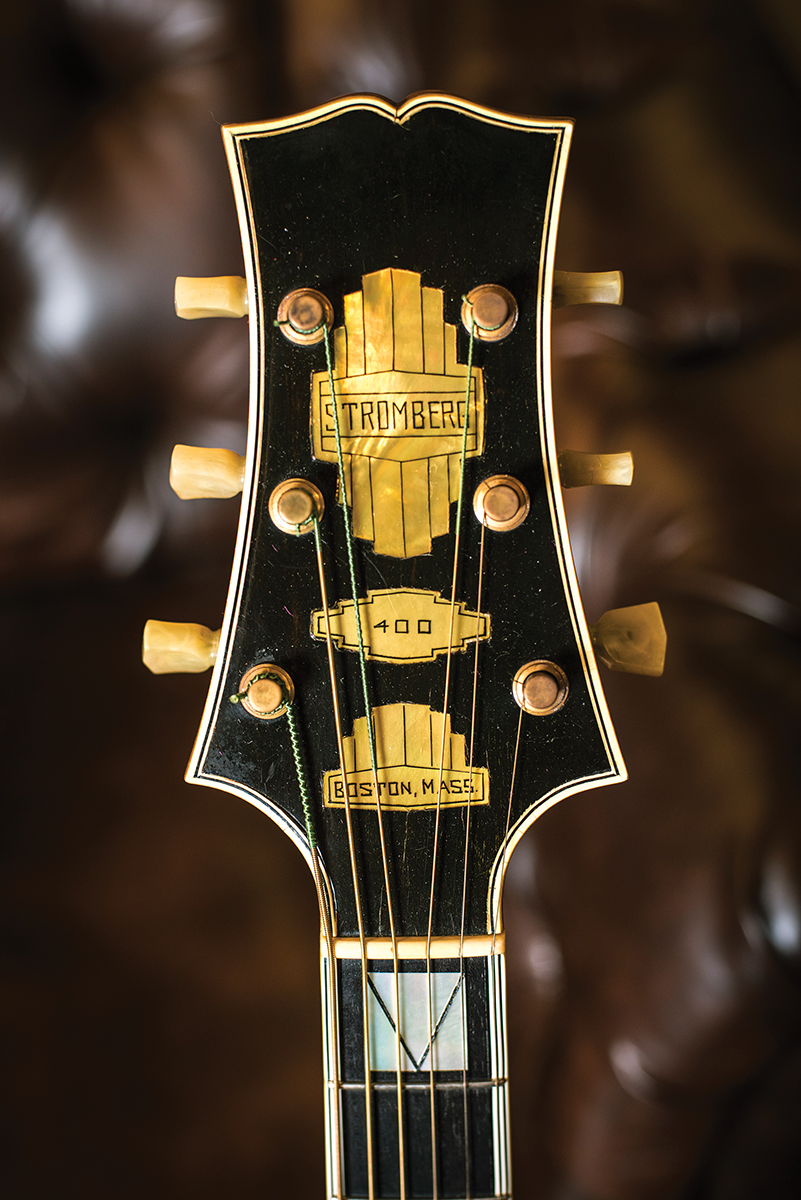 The light went on and I just said, this is something that I can do. We weren’t making a lot of money playing and I figured I could subsidise my income by buying and selling instruments. I came out [to Los Angeles] in 1970. I had a band with this guy Bobby Caldwell. Little Richard’s brother managed our band; we came out like everybody else with the hopes of trying to make it big. In the meantime, my plan B became my plan A.” 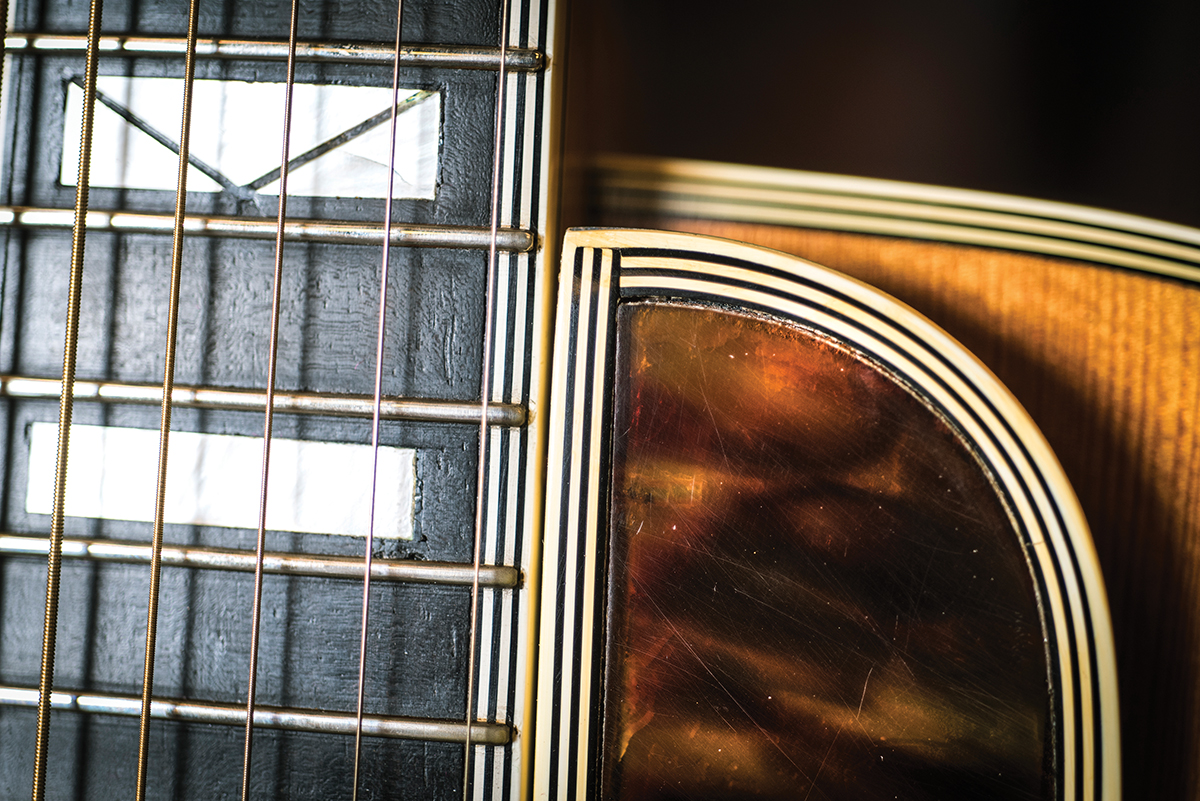 After a period spent trading guitars out of his home, by early 1975, the first incarnation of Norman’s Rare Guitars was open in nearby Reseda. The following year, when actor and customer David Carradine approached Norman to rent period-correct instruments for his Woody Guthrie biopic, Bound For Glory, it kick-started a relationship with the movie industry that saw Harris supply guitars that would be immortalised in celluloid in the likes of The Last Waltz, Back To The Future and This Is Spinal Tap. 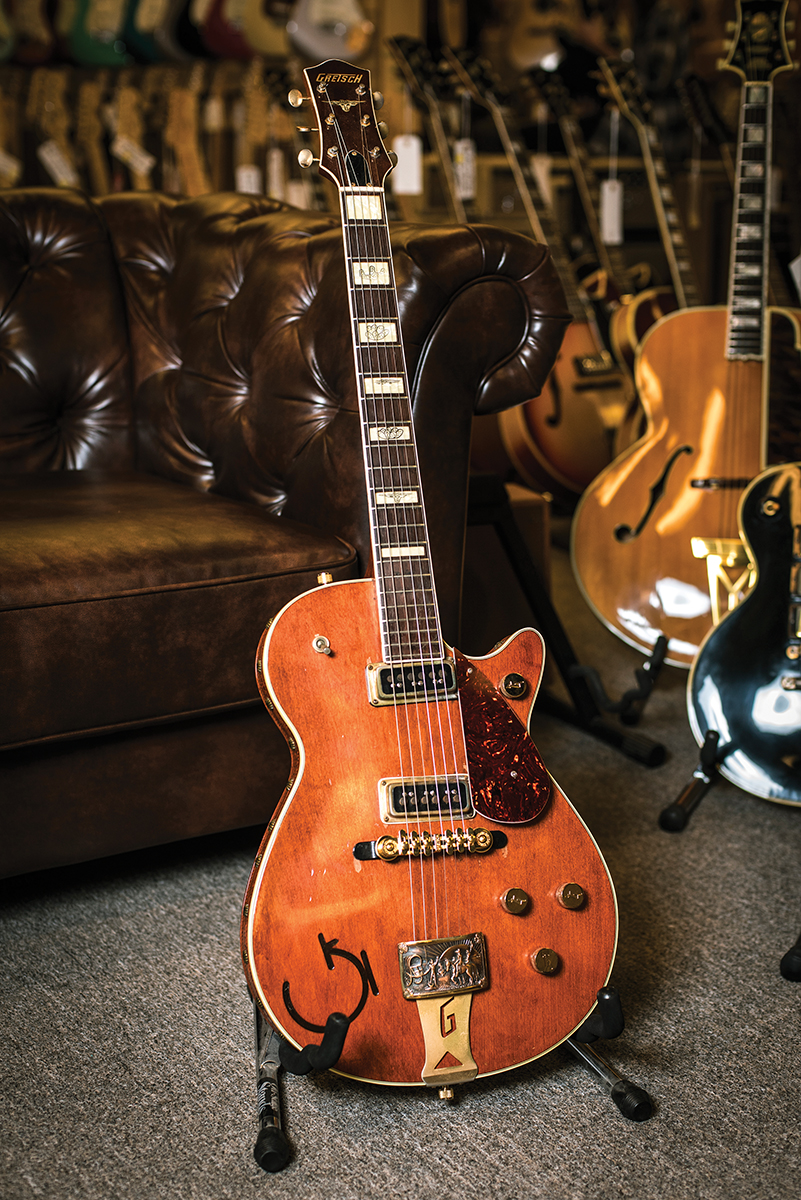 “It’s a very cool guitar. One of the very first of its kind. Some of the parts are cleaner, reissue parts as the originals are very oxidised, but we have the original parts.”

Given that any guitar journalist worth his or her salt has a borderline religious devotion to Spinal Tap, we have to ask how Norman’s contribution came about. “Chris Guest was a customer of mine for a number of years,” Harris reveals.

“He was kind of a folkie – actually A Mighty Wind is closer to what Chris Guest is than This Is Spinal Tap! – but he said, ‘We’re gonna do this movie, it’s a mockumentary spoof on this rock band, and we’d really like to have a lot of cool vintage instruments as part of the movie’. 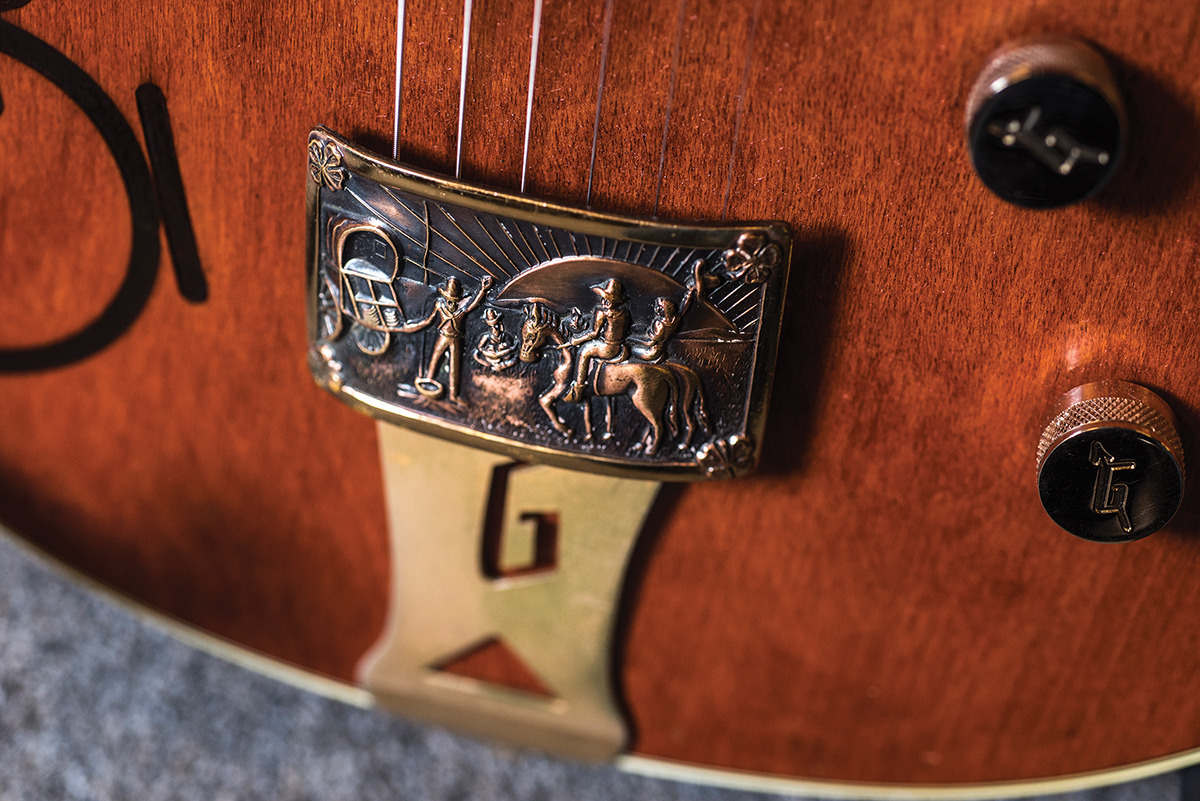 “He gave one magazine interview that had the greatest line ever, he said ‘Spinal Tap is great because we play loud. These jazz groups, they play so low that you have to take their word for it that they are good.’ I love that line. Chris was more into the acoustic instruments, but he knew that I had a lot of really cool electric stuff. He kind of wanted to set it up that Nigel Tufnel was a guitar collector. The band had done really well and peaked and the next thing you know they are opening for a puppet show at a Holiday Inn.”

While The Guitar Dealer Gently Weeps

If you have spent years buying and selling guitars, along the way a gem or two will inevitably have slipped through your fingers. Norman’s ‘one that got away’ just happens to be an instrument that was used to change the course of popular culture. “There’s a lot of dumb things I’ve done over the years but this is probably the dumbest,” Norman grimaces. 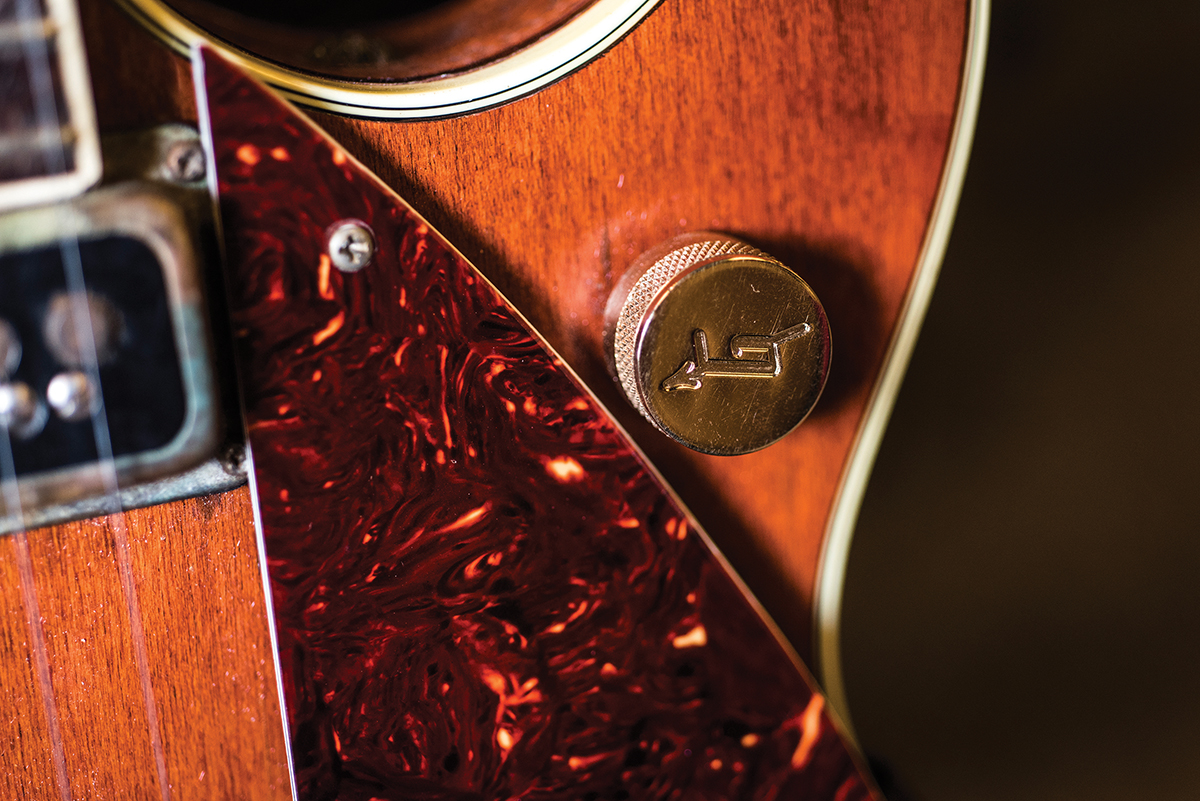 “When I first met George Harrison, he’d gone from playing Gretsch guitars to Gibsons and Fenders and stuff like that. There was a time when he wasn’t using his Country Gentleman anymore and he offered to possibly trade it against this sunburst Les Paul that I had.

“Firstly, he was the first really big star I’d ever dealt with, and I didn’t figure anybody was ever going to believe I was sitting next to George Harrison. I had trouble believing I was sitting next to him. I figured people were just going to call me a liar. And I could have had that guitar, which was probably the guitar he was associated with most. 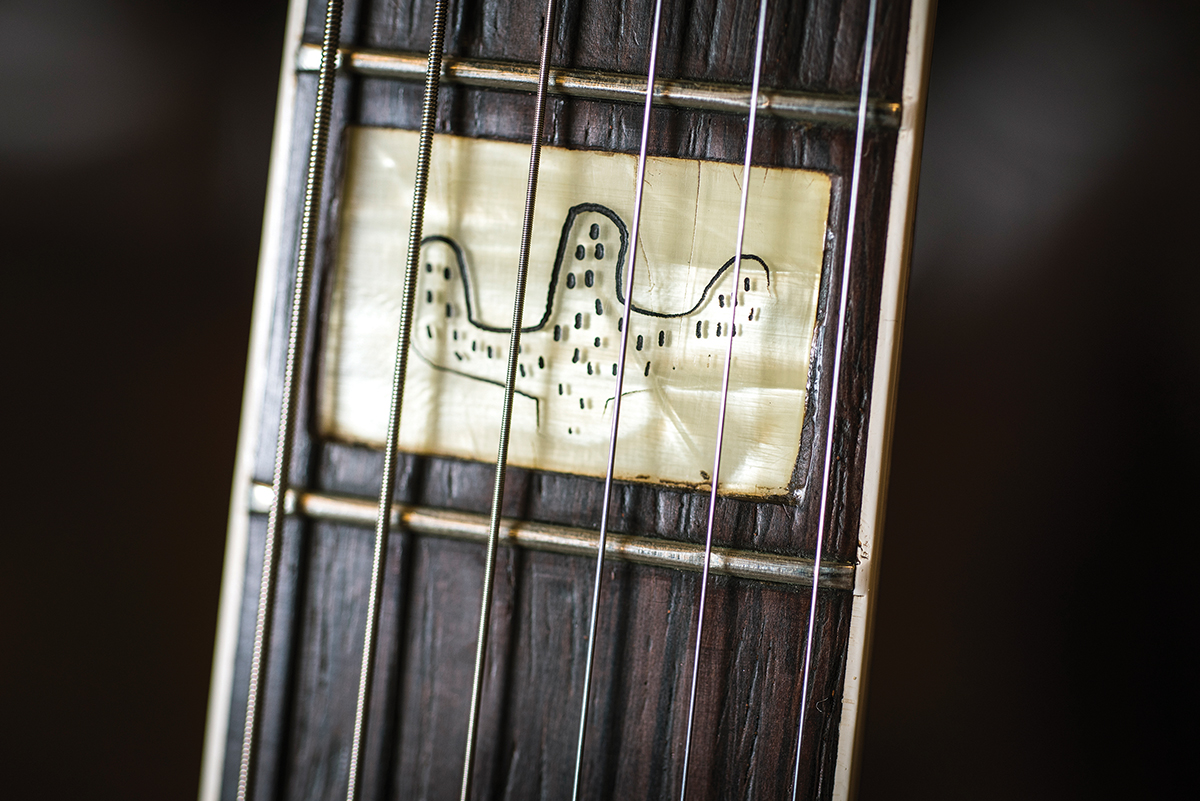 He used that guitar a lot. This was before the days that techs were bringing people different guitars for every tune. It was my bad that I didn’t take it in trade. That was probably the biggest one that ever got away. But there’s been a lot of them. When it comes to doing stupid things, I’m right up there with some of the stupidest people I’ve ever met!” 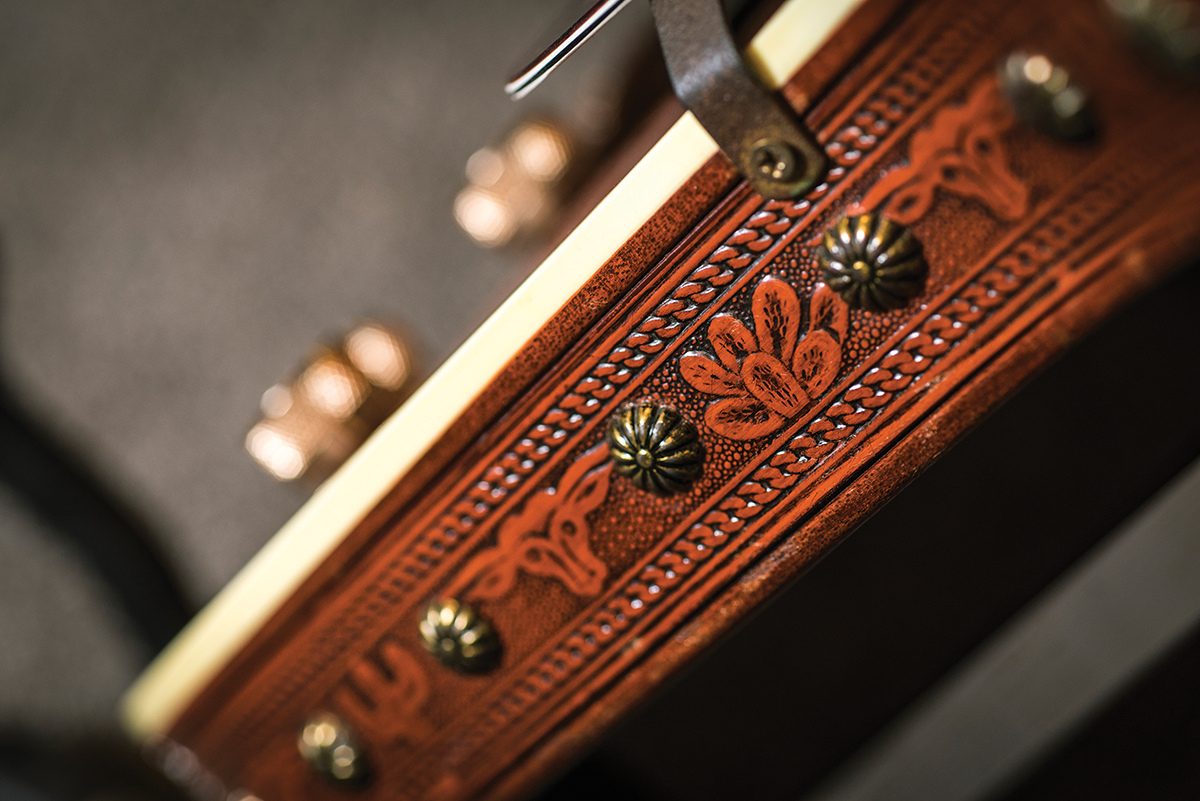 Fast-forward five decades or so and, like many vintage guitar dealers, Norman is grappling with the challenges presented by CITES and is hopeful that there can be a pragmatic solution. “It’s definitely hampering business and it’s really unfortunate,” he admits. 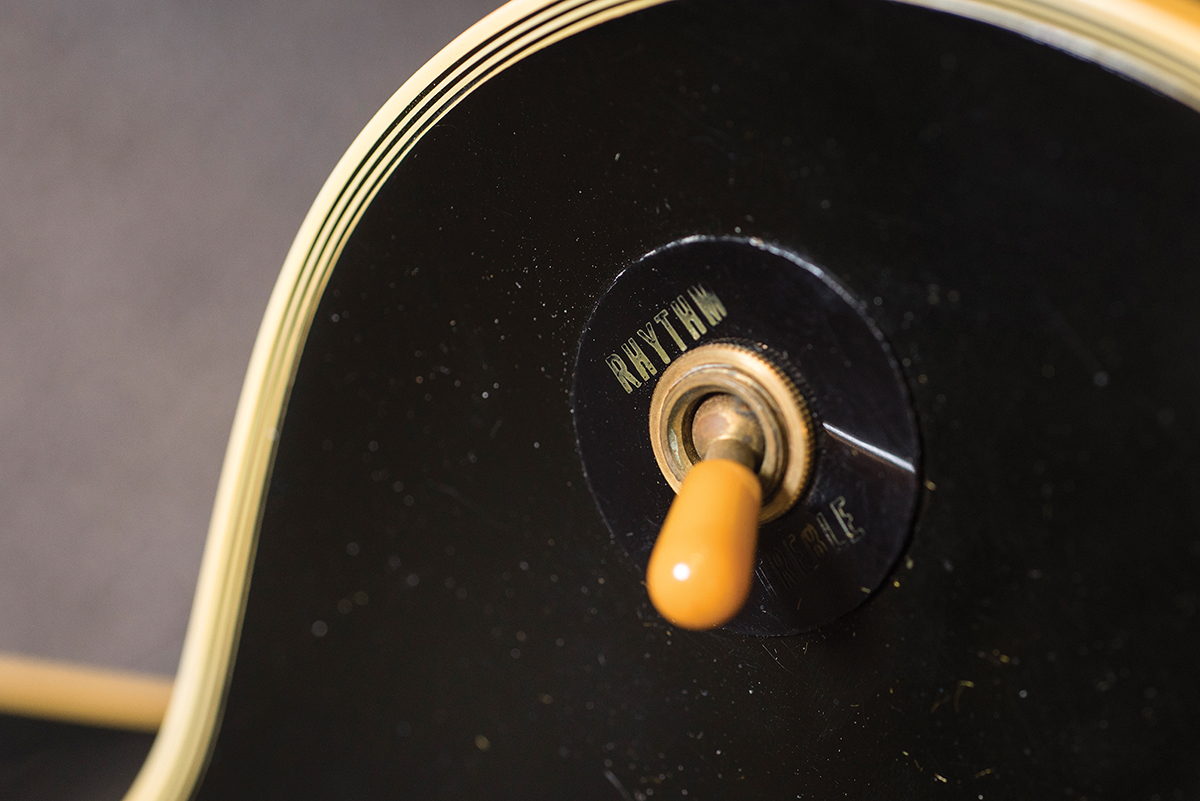 “I’m kind of with them when it comes down to not wanting to cut down new trees, in order to give the forests chance to recoup and recover. But instruments that were made 50 years ago? I really see no point in trying to hamper business. 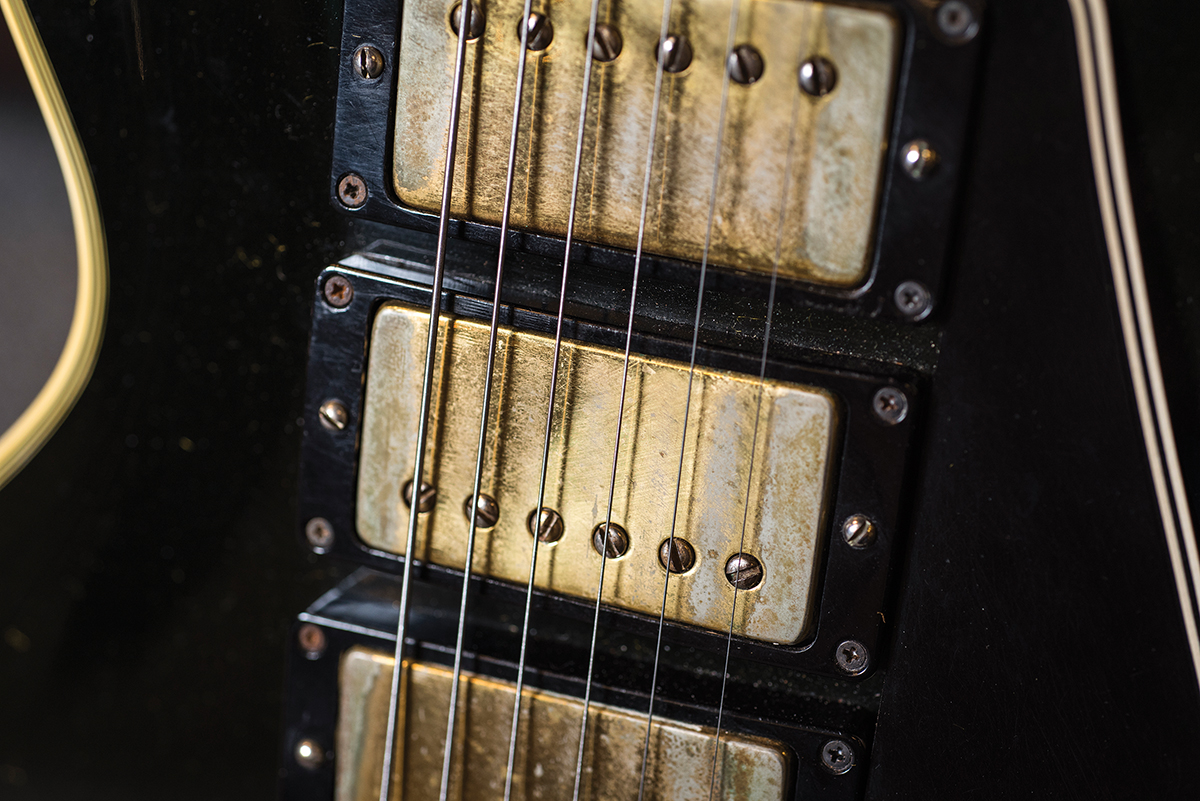 “What are they going to do, come into people’s houses and destroy instruments? Are they going to chop up someone’s Steinway piano? I’m not for killing elephants, I’m not for any of that kind of stuff. But if it happened 50 or 100 years ago then an instrument shouldn’t be destroyed because of it.

To just destroy it makes no sense to me at all. People should be allowed to do business and you shouldn’t destroy antiques because they contain certain products. I’m hoping that common sense will come into play and they’ll get this all worked out so it’s not just crippling people’s business.”

Norman recently turned 68 years old and he says that this has put him in “a different mindspace”. As a result he’s now prepared to part with certain instruments he’s been holding onto for years, although there are still new guitars coming into his possession all the time. This is evidenced by dozens of battered cases that arrived that very morning – the spoils of a buying spree at the SoCal World Guitar Show in Orange County just a couple of days before our visit. 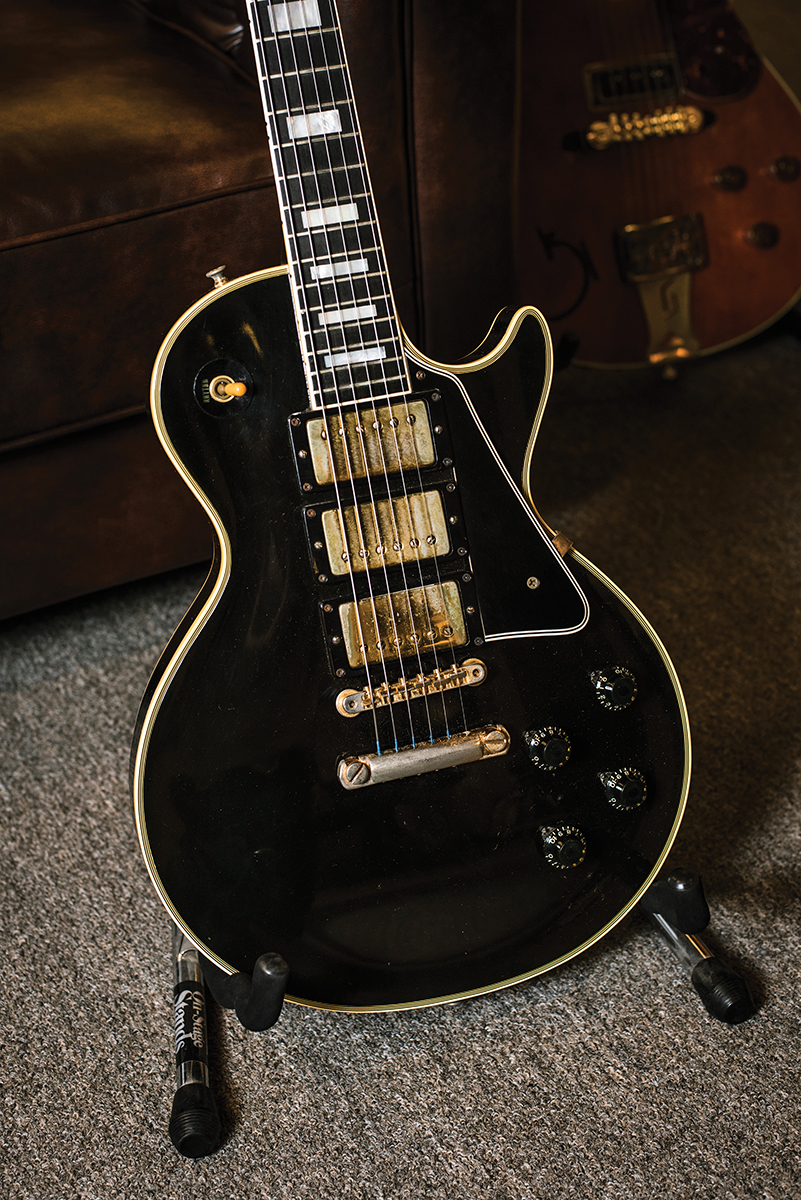 “This is one of the cleanest ones on the face of the earth. It still has the hang-tag that says ‘Fretless Wonder’ because of the very small frets. Three PAFs… a fantastic guitar. A piece of time notated in an instrument. People were using flatwound strings back in the day and it allowed people to have a very low action. Now people are bending a lot more and they want to have a little more fret.”

Harris has sage words of advice for others who have been bitten by the vintage guitar bug: “This is what I tell everybody who is buying guitars: don’t buy a guitar because I like it, or somebody on a forum tells you it’s great. If you are going to play it, you have gotta love it. You can buy something that’s really cool that’s gonna be collectible, but if you love it you’ll get use out of it and it’s functional art. If it’s something you are gonna buy because some guy on a forum told you to… that’s a bad reason to buy a guitar.” 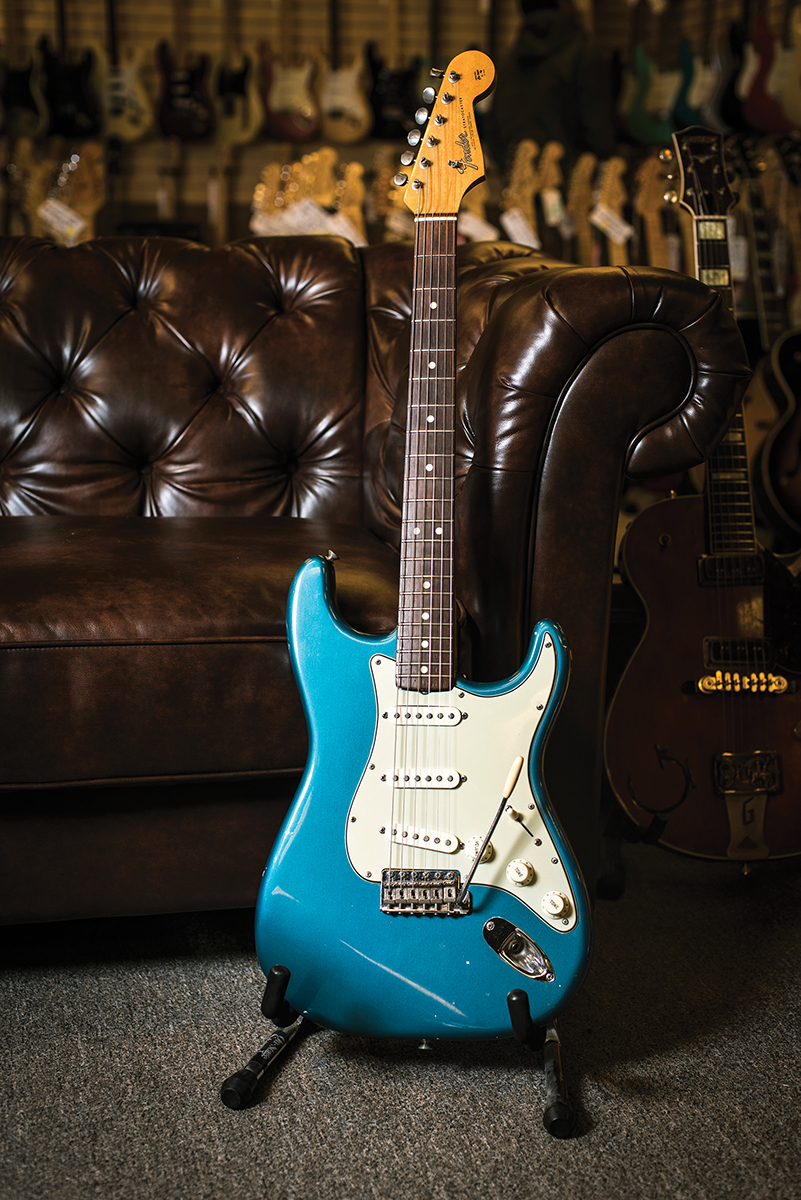 “This is an early ’65 in Lake Placid Blue with a green guard, it’s got the pearl dots. It’s a really nice example. It’s not mint but I’d call it an 8.75 out of 10. Very clean, straight, 100 percent, just a very nice example and it happens to be a great instrument as well.”

He also argues that vintage guitars are not overpriced in comparison to other major collectible items. “When you think about coins, baseball cards, whatever… guitars are still not really overpriced,” he states. “You might get a really nice violin for seven figures but it might not even be the best of the best. Here, you can buy the best of the best for way less money. There’s more people that play guitar than play violin. 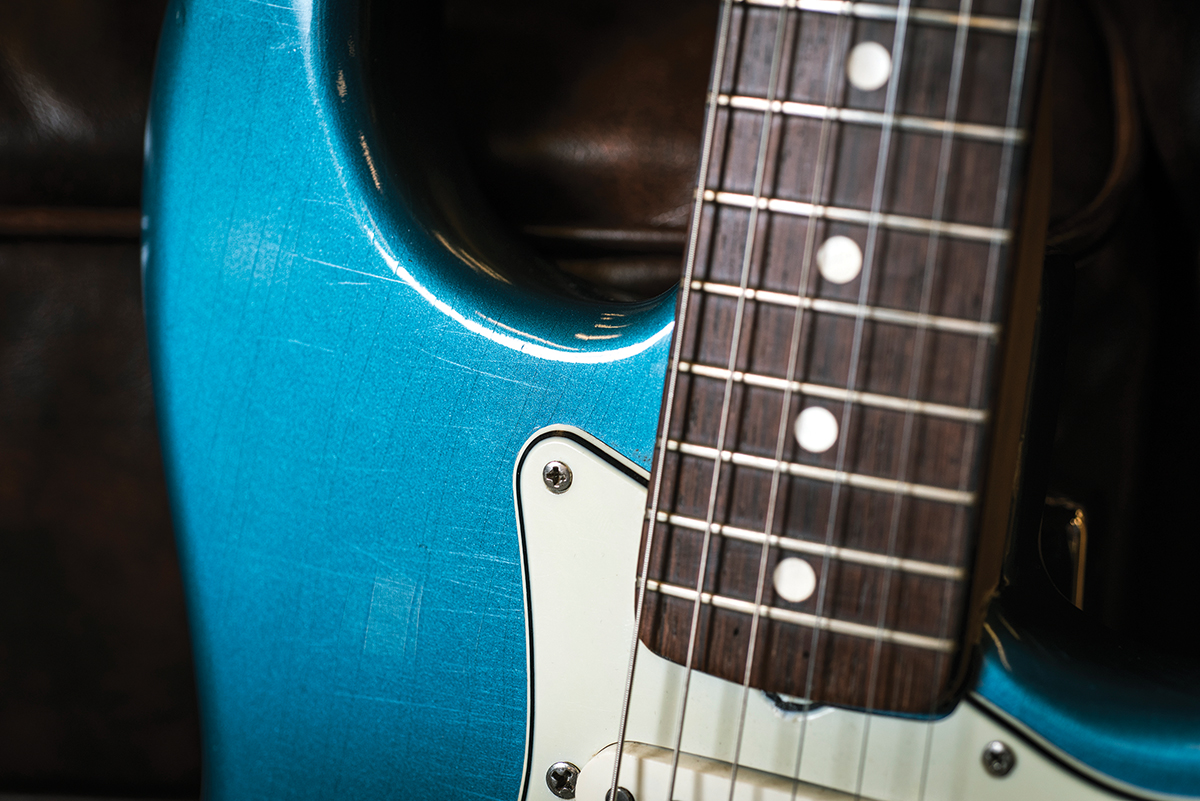 A lot of these things, they’re not making any more of them. More than likely the great examples will keep increasing in value. I think it’s still a very valid investment – the only thing is you have to know what you are buying, do your homework, get a great example, something that plays great and sounds great. The bonus to everything is that you get to play it!” 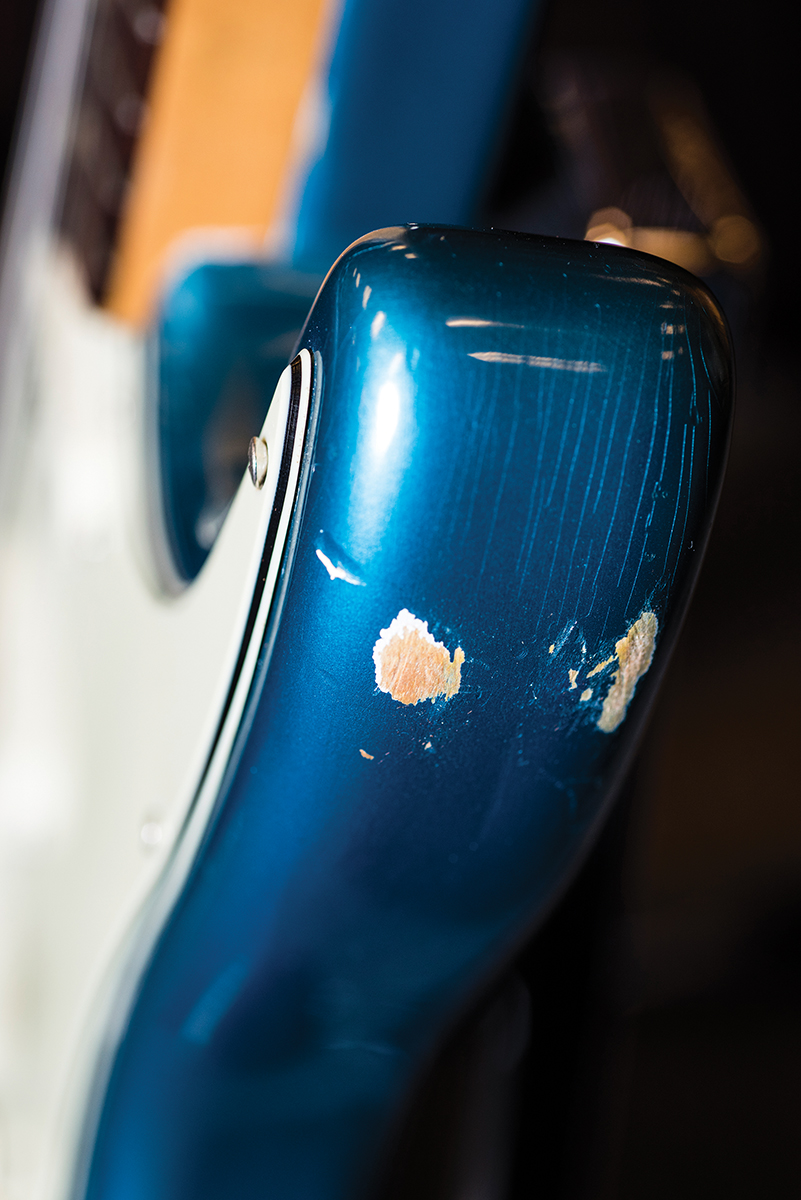 As he’s already hinted, Norman doesn’t have much time for received wisdom and always encourages people to make up their own minds: “People might not like me for saying this but on those guitar forums… you have a lot of people that are self-proclaimed experts on things. They’ve probably not seen very many guitars.

But they’ve read this and they’ve read that and they say, ‘You don’t need a Stratocaster unless you’ve got one with nine screws in the pickguard.’ It’s just nonsense that has no meaning.” 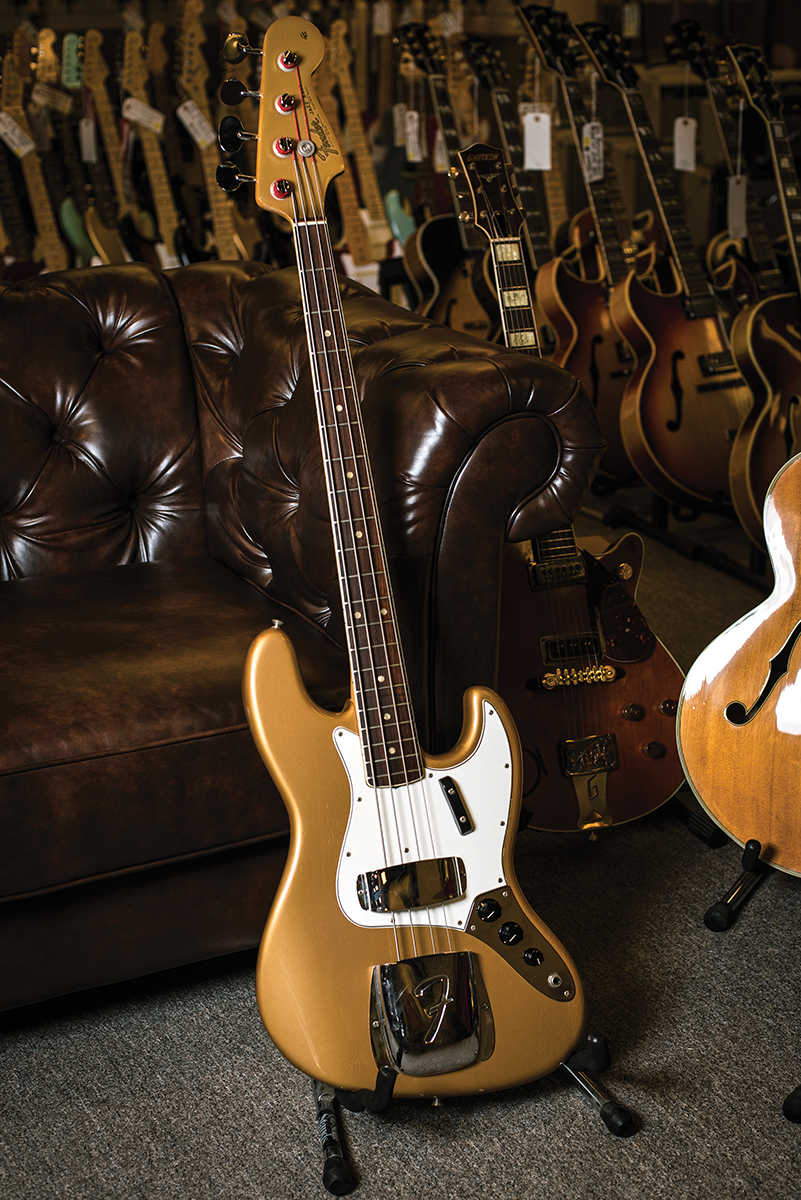 “That’s Firemist gold. It’s a very unusual guitar that has a bound neck with dots. They only did that for a very brief time. There were several different golds: Aztec, Shoreline, Harvest and Firemist. It’s sort of a subjective call as to which one it is, ’cause Firemist was a little more bright and bold where Harvest was a little more subdued. We’re calling this Firemist. This is in the vicinity of $30,000, but it’s a stunning example and it’s something you probably won’t see again.” 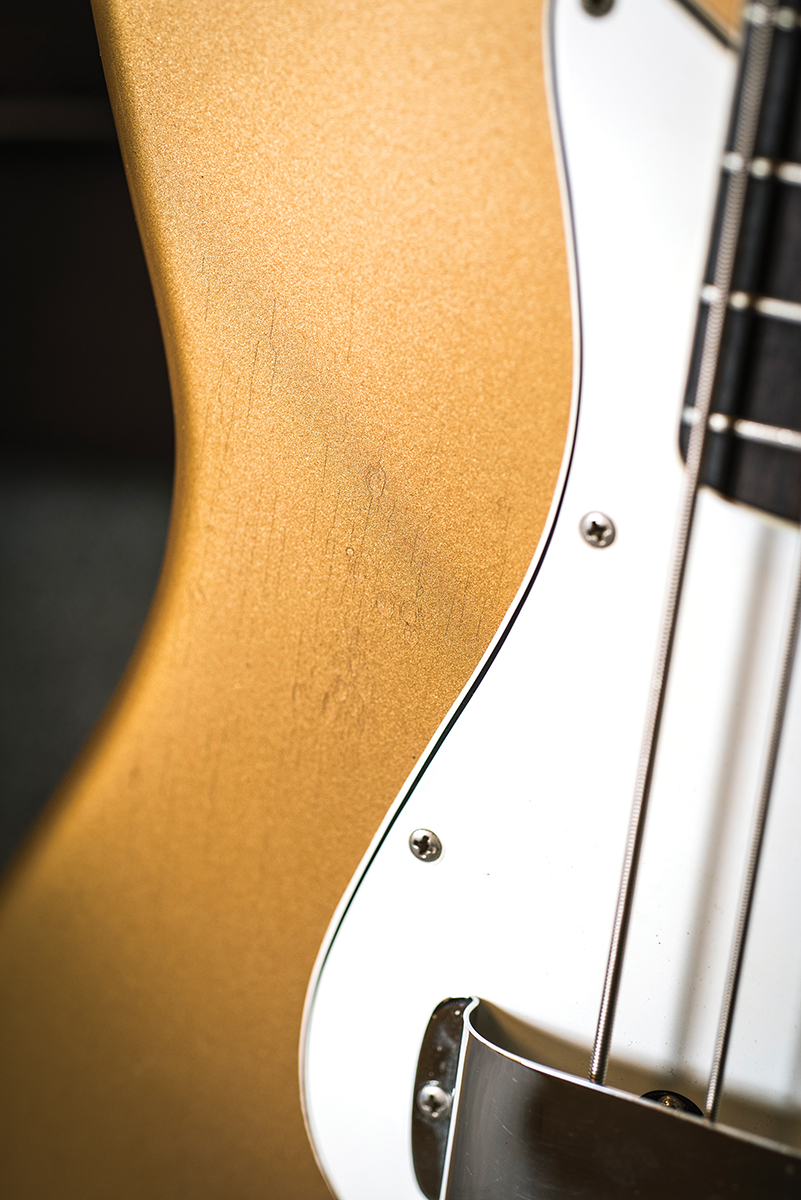 “It’s a personalised thing. Don’t take the advice of all these knuckleheads on the forums that they basically spew because they’ve got nothing better to do. Use your own judgement, your own ear and your own hands. Don’t listen to what somebody tells you that you need. You need what you feel good on, and what sounds good to your ear.”

Confessions Of A Vintage Guitar Dealer: The Memoirs Of Norman Harris is available now via Hal Leonard and includes a foreward by Richie Sambora and a preface by Joe Bonamassa. 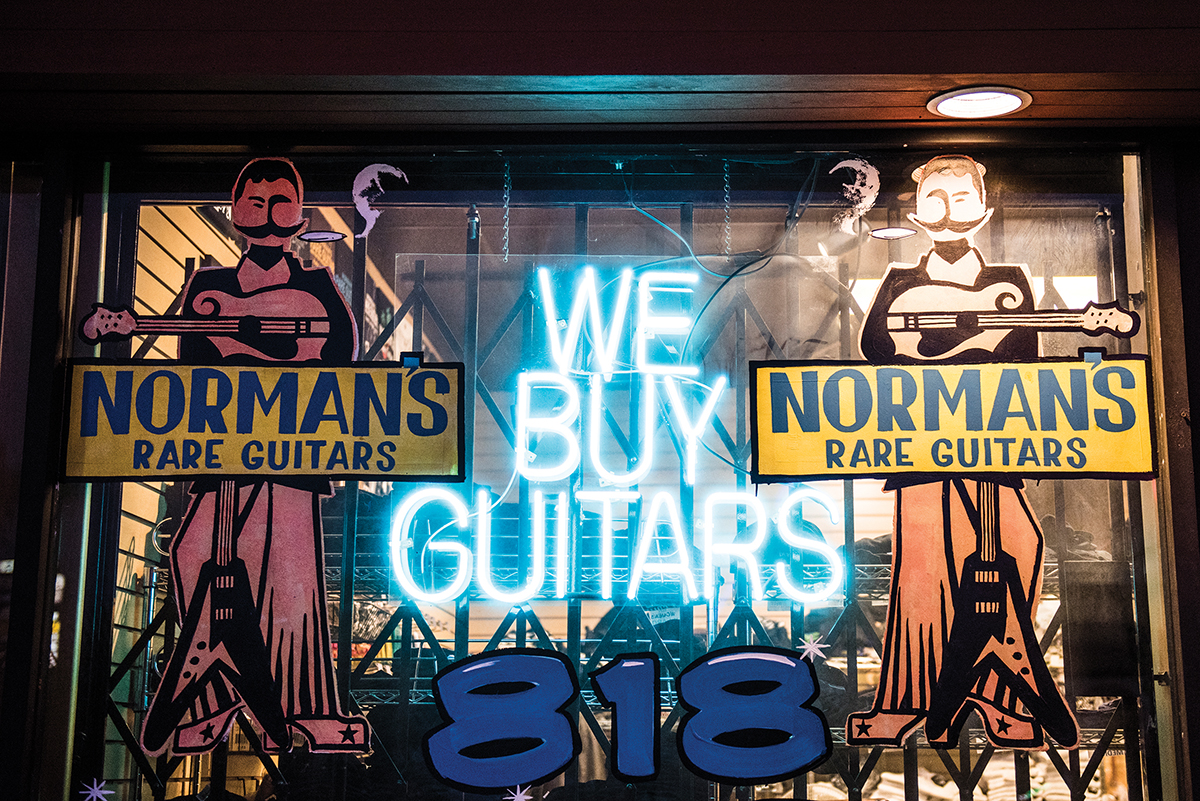 Confessions Of A Vintage Guitar Dealer: The Memoirs Of Norman Harris is available now via Hal Leonard and includes a foreward by Richie Sambora and a preface by Joe Bonamassa.