11 of the most iconic songs played on a Gibson SG

This list is proof positive that when it comes to razor-sharp rock and psychedelic jamming, this devil-horned demon definitely has the best tunes. 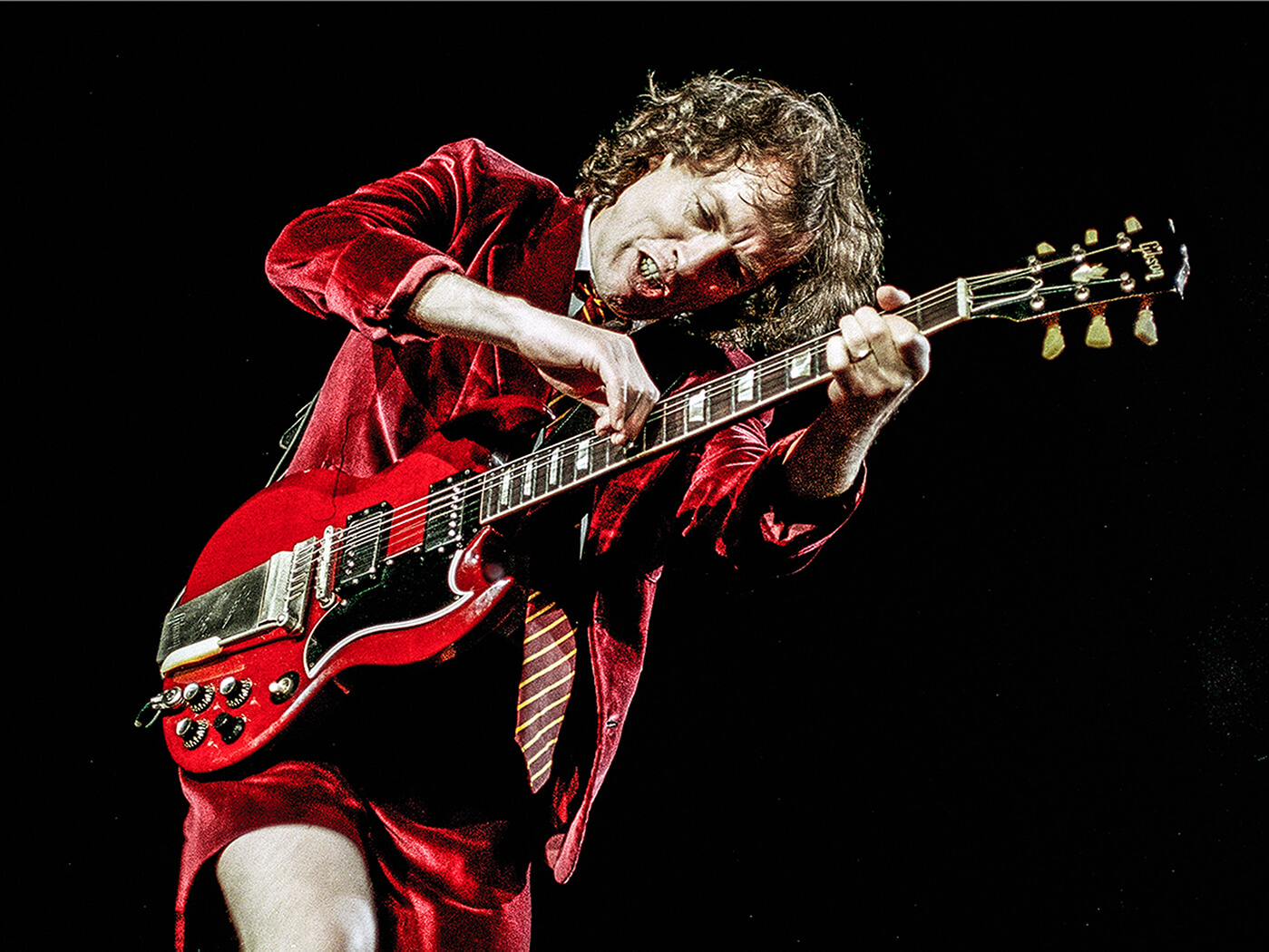 Gibson’s best-selling electric guitar of all time has been on more hits than you can shake a trident at. From razor-sharp rock to tripped-out jams, the list that follows might just be proof that this iconic devil-horned solidbody has all the best tunes.

The Who – My Generation (Live At Leeds)

Pete Townshend’s blend of control and abandon showcases the SG Special’s extraordinary range and dynamics in this extended live version of The Who’s iconic hymn to teenage angst. Roaring riffs, searing lead and chiming clean textures all feature in an electric-guitar masterclass, although here in 2019, smashing vintage Gibsons into splinters isn’t necessarily recommended.

The Beatles – She Said She Said

Inspired by an acid-fuelled encounter with Peter Fonda at a party in Beverly Hills, Lennon’s psychedelic pop masterpiece is one of Revolver’s most daring compositional moments. George Harrison’s spiralling guitar lines were played on the 1964 SG Standard he used throughout the Revolver sessions. The guitar was later sold at a 2004 Christie’s auction for $567,000 to Indianapolis Colts owner Jim Irsay.

Sister Rosetta Tharpe – Up Above My Head

This iconic 1960s performance on US television show TV Gospel Time is compulsory viewing for guitar fans. Backed by a gospel choir contributing handclaps, Sister Rosetta’s magnetic performance contains plenty of vocal fireworks, before her saintly white SG/Les Paul Custom is given the kind of workout that illustrates why Tharpe is regarded as such a groundbreaking figure in pop history.

Cream – Sunshine Of Your Love

Clapton’s ‘Fool’ SG is one of the most recognisable guitars of the psychedelic era, both for its hand-painted visuals by Dutch artists Marijke Koger and Simon Posthuma and the ‘woman tone’ that was a signature of his Cream-era sound. Hear it in its pomp and on recordings from Cream’s famous Winterland Ballroom show in San Francisco in March 1968.

AC/DC – Back In Black

Angus Young is synonymous with the Gibson SG and among a formidable catalogue of hard-rock riffs, this may be his finest. An ass-shaking blend of power and clarity, this air-guitar anthem has probably sold more SGs and Marshalls than almost any other recording, while the signal boost provided by Young’s Schaffer-Vega wireless system added the secret sauce for lead tones.

1971’s At Fillmore East explodes into life with the unmistakable sound of Duane Allman’s searing electric slide guitar, performed on the early 60s SG/Les Paul Standard that sold at auction for a massive $591,000 in July. Although the song was originally recorded by Blind Willie McTell in 1928, it was the Taj Mahal version of Statesboro Blues that got Allman into slide playing in the first place – armed with a bottle of Coricidin pills he’d been given by his brother Gregg to combat a cold, Duane emptied out the bottle, washed off the label and learned to play the song in its entirety.

Busy inventing heavy metal? No time to get your guitar fixed. Tony Iommi only switched from the white Stratocaster he’d used with Jethro Tull on The Rolling Stones Rock And Roll Circus to a Gibson SG Special because one of the Strat’s pickups had failed while recording Wicked World during the sessions for Sabbath’s trailblazing debut. The title track’s use of diabolus in musica sounds every bit as sinister today as it did nearly half a century ago.

Frank Zappa And The Mothers – Son Of Orange County

Released in 1974, Roxy & Elsewhere comprises music from a series of concerts in Hollywood, Chicago and Edinboro, Pennsylvania. Although the guitar solo on this double ‘live’ LP is actually edited together from more than one show, it features Zappa’s heavily modified SG Special in full idiosyncratic flow. The ‘Roxy’ SG was recreated by Gibson for a 2013 signature model, complete with uncovered humbuckers, coil split and phase switching.

The Doors – Light My Fire

Robby Krieger bought his first SG in a Santa Monica pawn shop because it was the closest thing he could afford to the red Gibson he’d seen Chuck Berry play live, but The Doors’ guitarist took the instrument way beyond the boundaries of rock ’n’ roll. His band’s most famous song is a prime example – recorded straight into a Twin Reverb, Light My Fire saw The Doors take inspiration from Bach and John Coltrane.

“They told us we weren’t going on until eight. So I said, ‘Hey, I think I’ll take some psychedelics and by the time I’m coming down, it’ll be time to go onstage and I’ll feel fine.’” At least that’s what Carlos Santana thought while prepping for his famous performance at Woodstock in 1969. “I was peaking around two o’clock,” he revealed to Rolling Stone two decades later. “Somebody said, ‘If you don’t go right now, you’re not gonna go on.’” All things considered, this six-minute wig-out proves that sometimes, the drugs do work.

The man many guitarists consider to be the world’s finest electric slide player is also one of the modern era’s prime exponents of the Gibson SG. On the road these days, Derek Trucks’ spine-tingling tones are primarily wrung from Gibson Custom Dickey Betts models through Super Reverbs and Alessandro amps, while the vintage-reissue SG he grew up with – retired from live use some years ago following a headstock break – features the signatures of such giants of the blues as BB King and Hubert Sumlin.

Learn all about the history of the Gibson SG here.