Once you pick up the shapes of the famous five—C, A, G, E and D—you’ll be able to play almost any chord. 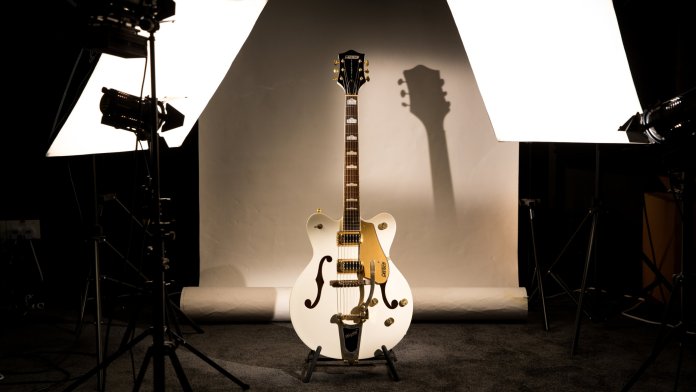 There are hundreds of exercises to choose from in a gym. But approach any strength trainer, and he’ll tell you to stick to these five: squats, deadlifts, push-ups, pull-ups and rows. By focusing on any one of these, you’ll also strengthen your other muscle groups without having to train them independently. Similarly, mastering the ‘core’ chord shapes of C, A, G, E and D will unlock a treasure chest of sounds on your guitar.

The Open E and A chords can be grouped together, and moving their shapes up or down the fretboard will give you an additional 11 chords. And the Open C, G and D chords form another group, which creates unique chord tones when you travel across the fretboard.

By moving that shape up the fretboard, you can form all the other major chords. Yes, all of ’em. There’s one caveat, though: You’ll need to use your index finger to ‘barre’ the strings that would be left untouched on the Open E—the sixth, second and first string. So if you use this shape and barre the fifth fret, you’ll have an A major chord. Move it up two more frets, and that’s a B major chord.

You can create a dozen new chords by merely lifting your middle finger off of the third string. What was a major chord turns into a minor one. Think of minor chords as melancholic versions of their happier-sounding major cousins. The chords E minor, A minor and B minor are illustrated below.

The A major chord, formed by this shape, behaves similarly to the Open E. Leave the fifth and first strings open, then place your middle finger, ring finger and pinkie on the second frets of the other strings. (Pro tip: If they’re long enough, you can use a single index or middle finger to hold down on all these notes.) You’ll also have to ‘mute’ the E string by lightly placing your thumb on it—or just not strike that string at all as you play. In this shape, the root note of the chord falls on the fifth string, which is an A.

The concept of maintaining the finger pattern up the fretboard and using your index finger to barre the untouched strings works for the Open A shape, too. For example, these are two chords—D major and E major—that you can play with this configuration.

If you move the shape up the fretboard, you’ll end up with interesting, if a little unusual, major chord sounds. Try moving the Open C up two frets and pluck the notes of this chord:

Now that the root note is a D, we get a D major chord. However, the other notes of this chord modify it and inject unique tones. Take a moment to feel the mood of this chord and hear how it differs from the standard D major, which we’re about to come to.

If you’re a big Oasis fan, this is a chord that you’ll find familiar—the Britpop icons deploy the G major in almost every song, from “Wonderwall” to “Don’t Look Back in Anger.” To play it, place your middle finger, ring finger and pinkie on the third frets of the sixth, second and first strings, respectively, then add your index finger to the second fret of the fifth string. Here, the root note falls on both E strings, or the sixth and first strings.

Shifting the Open G shape along the fretboard will also yield new chords. Try this chord progression: the G major, followed by the shape on the seventh, eighth and tenth frets.

You’ll notice that on the seventh fret, your index finger is in a different position, one fret lower. Unlike the others, this is a minor chord: B minor. Because you’re playing in the key of G, the chord formed using the B note must always be a minor chord. Play the progression with a B major instead, and you’ll hear that something just isn’t right. We’ll explain why in a later lesson.

Here’s an interesting progression to try. With the same Open D shape, bring your hand up to the fifth, seventh and ninth frets, then pluck all the notes on the first four strings.

And, just for kicks, end the progression with this chord: 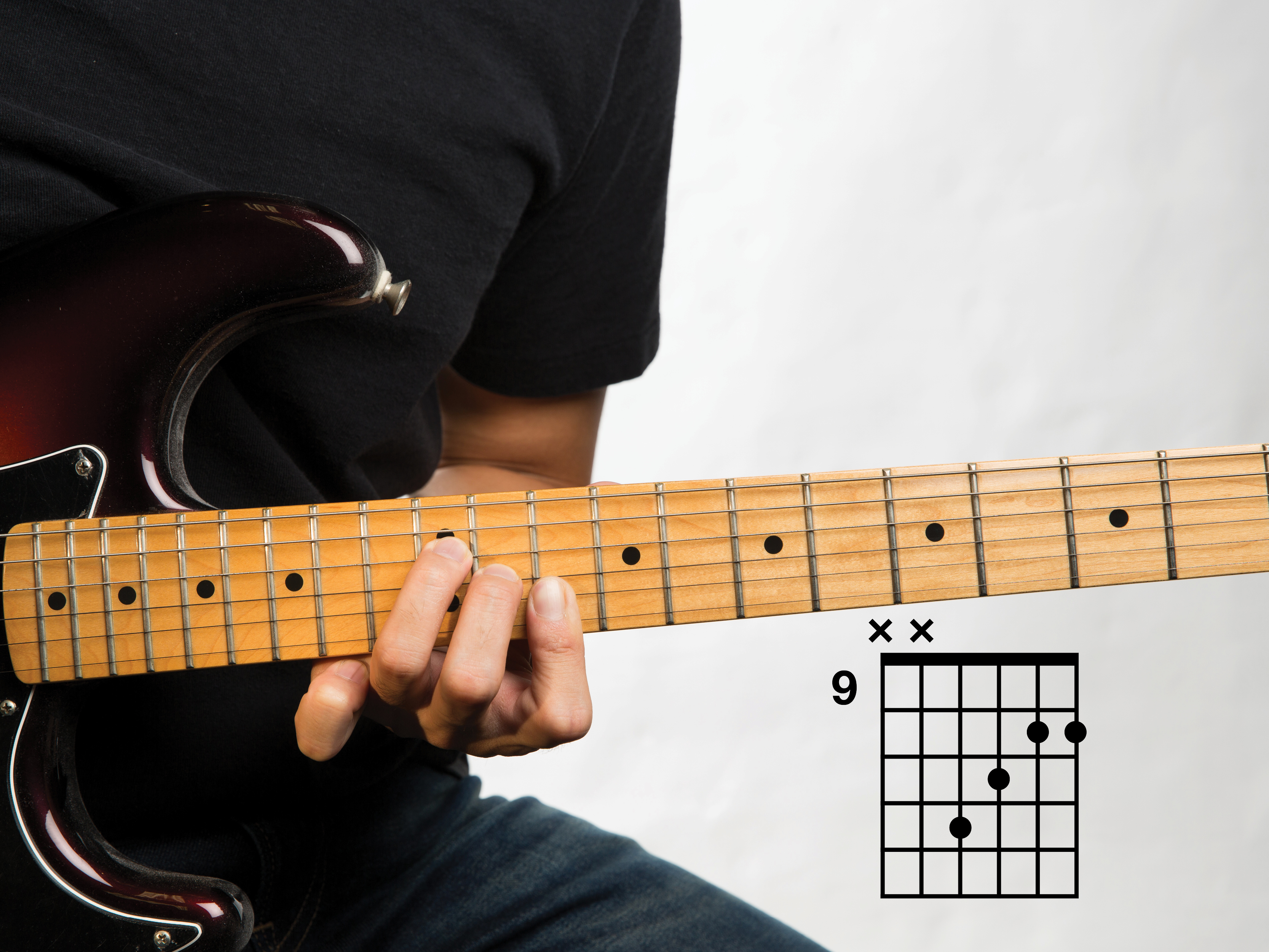 Notice how the tension builds up and peaks on the second chord, then diminishes in intensity and resolves on the final one. Sounds like a neat ending to a Beatles song, doesn’t it?

So the next time you’re playing a C major in the Open C position, try it as an Open G shape on the eighth fret instead. It’s still a C major chord, but the additional notes enrich it. Practicing the five shapes in various positions along the fretboard will develop your vocabulary of sounds and give you more room to experiment—like any good musician would do.