Continuing our look at the essential tools for the budding blues guitarist, here we take a deep dive into another shape of the humble minor pentatonic. 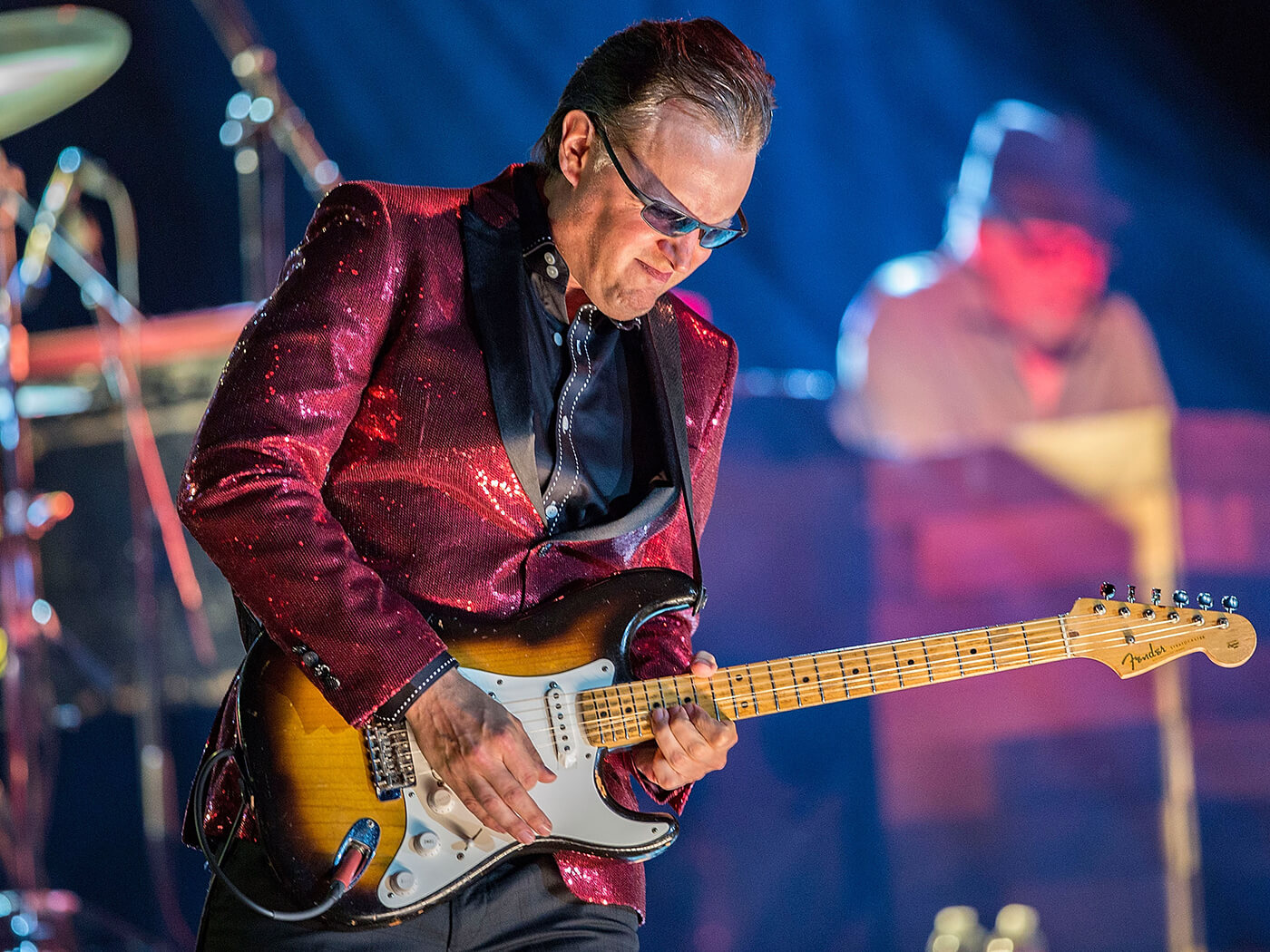 A few lessons back we examined the second form of the minor pentatonic scale, and now that we’ve used these shapes to form a few licks over the last few issues, it’s time to take a look at the pentatonic’s third variation, and how it interacts with the two we’ve already covered.

As with any pentatonic, the third shape uses the same intervals, and we’ll stick with the key of A for simplicity’s sake this time around. This means that the third shape will start on the D note, which is your IV interval in the scale, and you’ll be finding this at the 10th fret of the low E string.

As with the other scale shapes we’ve learnt, it’s useful to spend some time familiarising yourself with this in ascending and descending groupings. The shape of this scale is a little more difficult to get to grips with so take your time, the G and B strings are the main challenge as you’ll see a position shift is needed to play these notes cleanly.

Now that you have three shapes of the scale under your fingers, you’ll be able to cover a lot of fretboard area, when playing across multiple forms of the same scale, it’s a good idea to get used to how these link together. Here are some example patterns of how you can integrate notes across all three shapes in one run.

This example encourages you to start to associate the fretboard locations of the shapes relative to the first shape. This run won’t sound very bluesy but it will allow you to start to gain some ideas around linking shapes together.

This final run is a great picking pattern that uses two strings at a time, moving down the shape before crossing over into shape two towards the end. This exercise is great for working on pattern-based playing and also your picking technique, however, this sort of ‘moving box’ form appears in a lot of players repertoires. For example, Joe Bonamassa approaches this with a moving pattern when he is looking for a speedy pentatonic flurry.

The layout of the guitar fretboard allows scale shapes to be transposed around the guitar at will. The shape in this lesson is in A minor, but this can be moved to any other key around the fretboard. When transposing the second shape, don’t forget that it’s relative to the root note of the first shape. This means when moving it into another key you will be starting from the third note of the initial shape but located along the low E string!