We’re taking a look at a concept that will add something new to your lead playing: double stops. 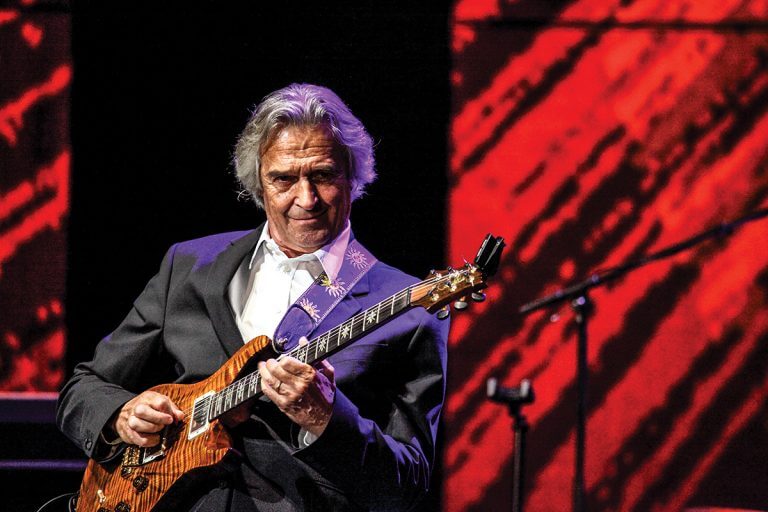 A double stop, or a dyad as it is more formally known, is a set of two notes played simultaneously which in some contexts may imply a chord. Double stops can be used for a variety of reasons within blues music, you can use them to spice up your rhythm parts or you can use them in your lead passages to add a rhythmic feel (Think Chuck Berry).

First of all, let’s look at what double stops we have available to us in the A Minor Pentatonic scale.

We can use these double stops in a variety of ways. Firstly let’s look at how we can use them within the context of a 12 bar blues rhythm.

If we look back to our initial lesson on the structure of a 12 bar blues we can take the chord principals and apply some rhythmic double stops to really make things interesting.

This alternating rhythm applies across all the other bars in the 12 bar structure. Using double stops in this way will give your blues patterns more of a “riffy” feel. Enjoy the slide and really dig into it to get it to pop out. Don’t forget to add plenty of vibrato onto the final double stop. 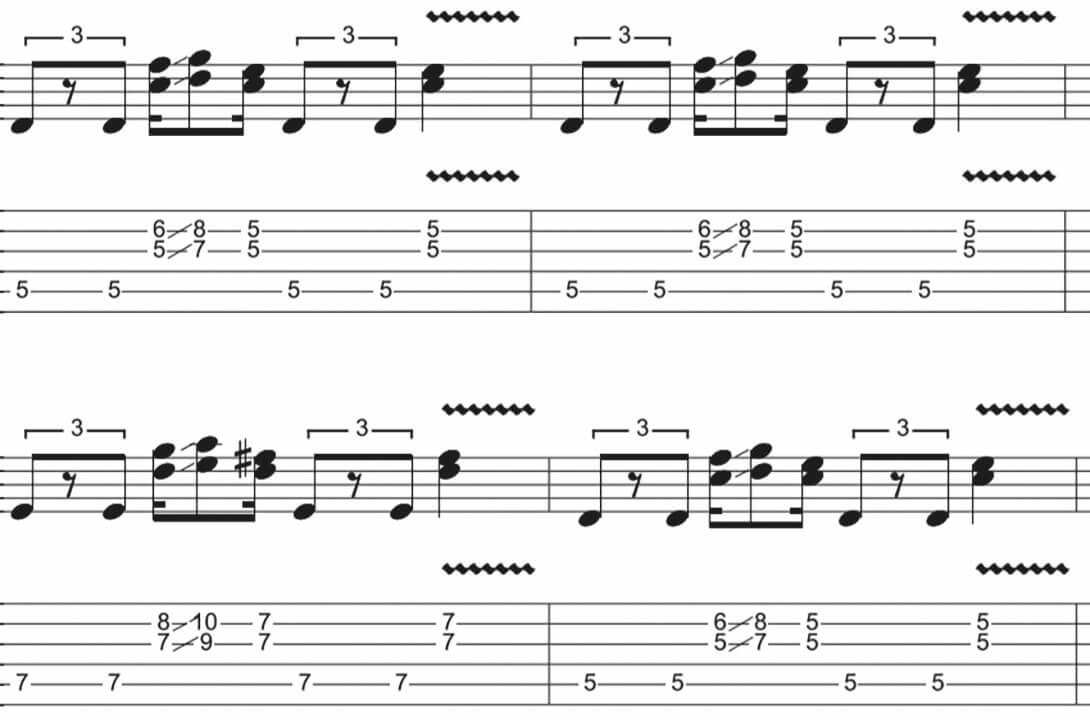 You will notice the remaining bars follow the same format. Bars 5 and 6 move to a D chord so the pattern you’ve been playing this far shifts to the root being on the A string. Then for bars 7 and 8, returning to the A root.

Bars 9 and 10 we tweak the format slightly because we only stick on each chord for one bar. Bar 9 starts on the E note (7th fret of the A) and then bar 10 goes back to the D. The final 2 bars return to the original rhythm style. 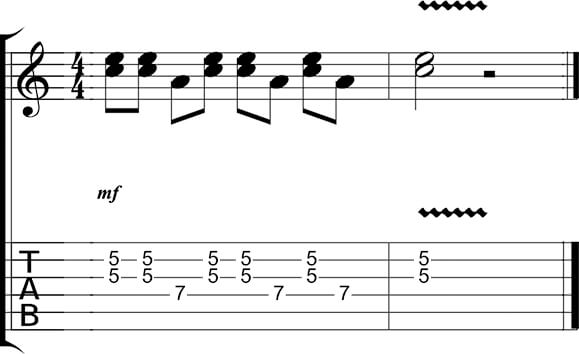 We can also use double stops within the realms of lead guitar. Here is an example of a double stop style lead line. It’s quite simple to start off as the big challenge will be in alternating the picking between hitting the G and B strings for the double stops and the single note on the D string.

This lick is straight eighth notes across the entire first bar.

This lick starts with a hammer on from the 5th to the 7th fret on the D string before two double stops on the 5th fret of the G and B strings. This is played as eighth notes with the hammer on covering beats 1 and 3 and the double stops covering beats 2 and 4. The second bar ends slightly different with the last two notes, that land on beat 4, containing a single double stop hit and a single 7th fret hit on the D string. 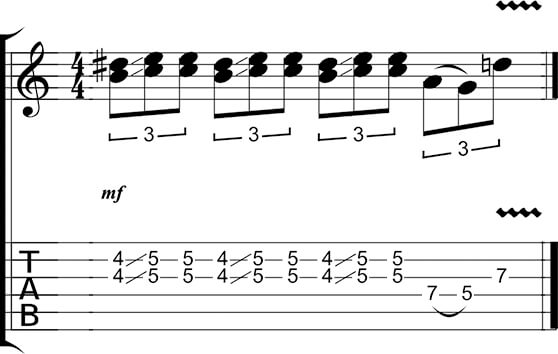 Sliding double stops is a great way to add some interesting textures to your lead parts. The 4th fret we are starting on is outside of the A Minor Pentatonic scale, but starting on this outside note and sliding into the 5th fret position will give the lick a minor blues tonality.

This lick would be similar to something you might expect to see played with a bottleneck or slide guitar. The trick with this lick is to maintain the triplet feel throughout but keep it loose so that it doesn’t sound too metronomic.

One guitar player who is renowned for their use of double stops within guitar breaks is Chuck Berry. This lick is influenced by Chuck Berry’s rhythmic solo style and contains a triplet feel throughout. The first bar starts with a 4th fret slide to the 5th fret on the B and E strings to create that slide guitar feeling we discussed in Exercise 3. This is then followed by a three note phrase starting with a pull off from the 7th to 5th fret on the G string and ending on the 7th fret of the D string.

The second half of the bar is a repeat of the first half.

The second bar is alternating between double stops on the 5th fret of the G and B strings and the 7th fret on the D and G strings before ending on a sustained double stop.

Double stops are a fantastic addition to your trick bag and can be used to make solos take on a rhythmic feel. When working with double stops in a blues style, keep them loose and flowing.