How to play country guitar Part 1 – Getting started

In the first of a new series for Guitar.com, Nashville session guitarist David Henriksson lays out the essential bedrock of learning how to play country electric guitar. 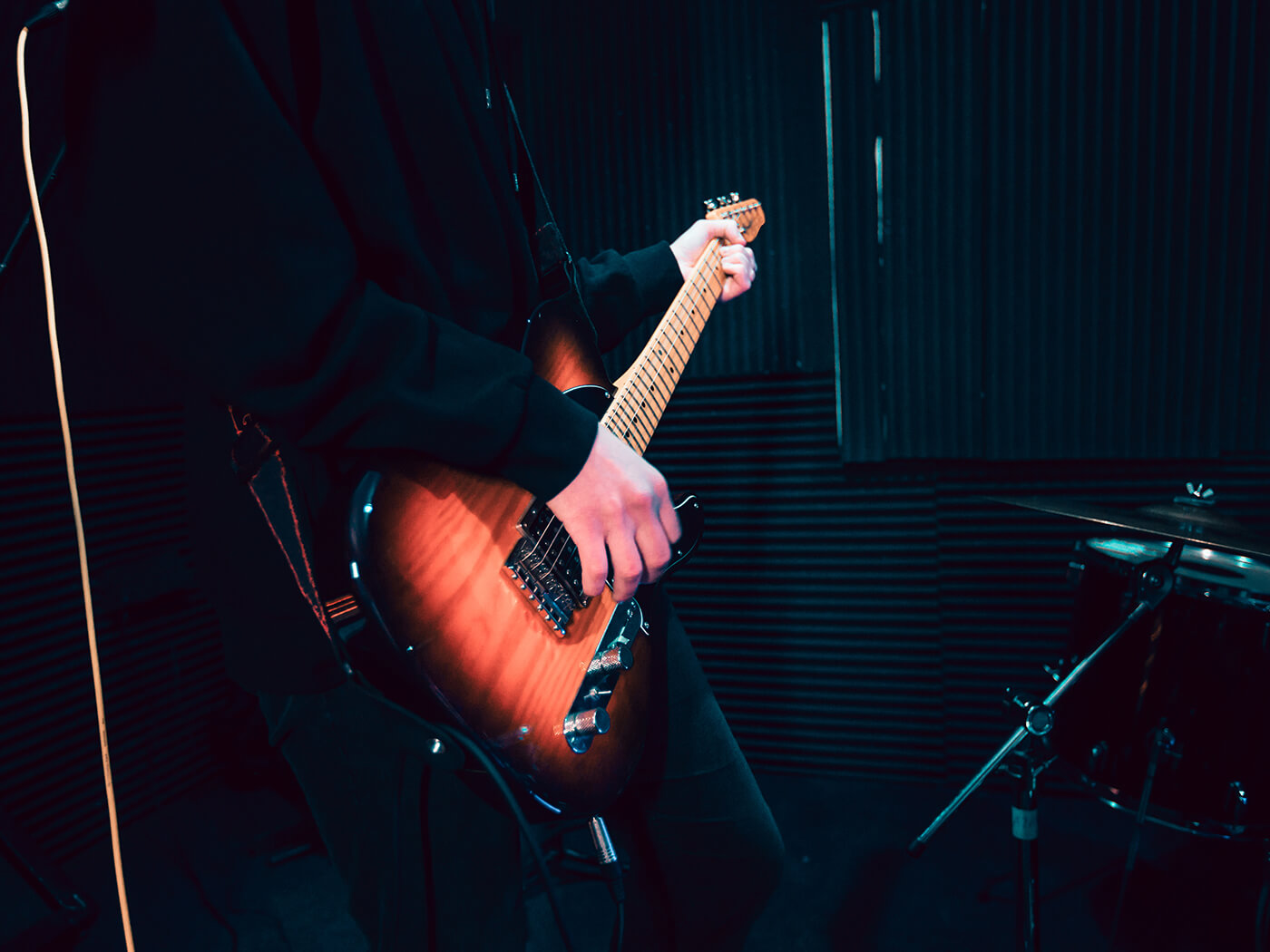 My first memory of hearing country guitar was Albert Lee’s playing on Dave Edmunds’ Sweet Little Lisa – I was around 10 years old and was blown away! When I started playing electric guitar when I was 13 I got more into blues and rock and wasn’t exposed to a lot of country music. But when I was 20, I had a teacher who showed me some Brad Paisley and Brent Mason stuff and I was instantly hooked again!

There were a few elements I recognised already then, that I still to this day consider incredibly important ingredients to country guitar: open-string licks, double-stops, pedal steel-inspired bends and of course the use of hybrid picking and chicken picking. I started practising these things and used it wherever I could, not only when playing country music. Hybrid picking is now crucial for my technique whatever genre of music I play.

In this series we’ll go through how to get started with these most important country guitar techniques and concepts, and show you how to apply them in a musical context! In this introductory lesson we’ll check out three licks from each category to get started. Then there’ll be one lesson each on open string licks, double stops, steel bends (the use of hybrid picking is present throughout this series).

Obviously, the goal is to be able to combine these techniques, sounds and concepts, and later on, we’ll play an entire country solo using all the stuff that we’ve learned so far. Hop onboard and let’s dive in with the first example!

Here’s a lick played in the open position. We’re mostly using the G major pentatonic scale but also add the minor third as a chromatic passing tone. If you’re playing with a pick, I’d recommend to use your middle finger every time you switch to a higher string – in this example the B note in the bar 1 and the G note in the beginning of bar 2. This is indicated with an ‘m’ in the tabs. Try to get the B♭ and B notes in the first bar to ring into each other, this creates a certain dissonance that’s really cool.

This example starts on the A string by sliding into the root from the major seventh and then repeat the root on the D string, again use your middle finger here. These three notes are then repeated to get an effective rhythmic displacement, accentuate the first note in each group for an even greater effect. Continue with some descending pull-offs from the flat seventh to the fifth on the A string, the chromatic line targeting the major third on the low E string and then end with the open D string.

This lick combines the major pentatonic and the blues scale, which gives us both the minor AND major third in our palette. While this half step rub can often be used for a bluesy effect, here it rather puts us closer to the cousin of country guitar, namely bluegrass guitar. Try to get as many of the notes as possible to ring into each other. To make this easier, I recommend not hooking your thumb around the guitar neck but rather go for more of a classical guitar thumb position in the middle of the back of the neck. A lot of open strings here!

After a few open-string ideas we’re now going to the next section of doublestops, another hugely important element of country guitar.

Above is a repetitive lick that’s easy to move between different keys. Based around the E shape of the G chord we start by sliding into the fifth and root from a half step below, pluck these strings with your middle and ring fingers. All double stops in this example should be played with these two fingers. Don’t be afraid to grab the strings from underneath and give them a lot of attack, that enhances the chicken picking character of this lick. Experiment with giving the C and E, and the B♭ and D♭ doublestops a short staccato feel for a more aggressive vibe or make them more legato for a smoother sound.

The ‘5A’ part of the above example outlines a transition from E to A. We’re gonna play parallel thirds and starting from the root and major third of the E chord we’ll ascend through the scale, adding some chromaticism with the G  and B♭ doublestops on the third beat before the G♯ and B (third and fifth of the E chord) leads us perfectly to A and C♯ (root and third of the A chord).

The ‘5B’ part of the above example is the same notes but with the intervals inverted, now played as sixths, this gives it a more open and wide sound. I encourage you to experiment with the note length to give these licks different degrees of bounciness.

Now let’s add a bluesy double stop lick to our bag of tricks. This is based around the A blues scale in open position with the addition of the major third. I prefer to give the first double stop a really heavy accent and let the rest of the phrase be more legato. By replacing the C♯ on the third beat with a B instead, you have use this idea over Am as well, give it a try! Both of these work great as a short but distinctive ending lick.

Let’s move on to our third category, pedal steel inspired bends! The general advice is to make sure to use support fingers when bending. We’re gonna outline a major triad here. Start by bending from the major second-third and then use your pinky to barre the 8th fret on the two highest strings.

The trickiest thing here is to keep the bent G string in tune, this usually requires some extra attention in the beginning before your muscle memory takes over. This lick should have a smooth vibe. Don’t pluck too hard, instead try to make the attack very gentle and let the harmonic strength of the triad and the major second-third bend be the main focus in this lick. For fun, try this over an A minor chord as well.

Let’s imitate the way pedal steel players transition between chords with their pedals and knee levers. The beginning of the lick is a short ascending phrase from the A major pentatonic scale, then we’ll bend the second to the third and after hitting the open E string as well we’re getting close to the magic of pedal steel.

When we now release the bend from C♯ down to B we’ll get a seamless transition from the A to the E chord that’s much smoother than if we would have used a slide or a pull off to make this C♯ to B move. Understanding how these notes outlines part of the A and E major triads is key to be able to use this concept, so analyse this.

We’ve already used bends to outline a triad and to transition between chords, two very tasty applications indeed. Another common thing is to use pedal steel bends is to create tight intervals to get a lot of tension for a brief moment. After the initial major pentatonic phrase we’ll, once again, bend from the second to the third.

The cool thing here is when we change from the tenth to the eighth fret on the high E string and get a minor second rub between the B and the C. As you’ll have to fret the C with your index finger you won’t have as much support to bend the B string so put a little extra focus on the intonation here.