He may be gone, but Peter Green peerless guitar playing will continue to inspire guitarists of every stripe for generations to come.

Peter Green was a gift to guitarists of all backgrounds – whether it’s the unique tone of his famously modded 1959 Les Paul, his wonderfully fluid and expressive playing style or some combination of the two, chances are even if you’ve not been directly inspired by him, someone you’ve been inspired by has been.

As we continue to reflect on Green’s legacy and impact on the music world in the wake of his sad passing, what better way to appreciate some of that legacy than by examining his guitar style in detail, and finding out just what made his playing so influential and iconic. 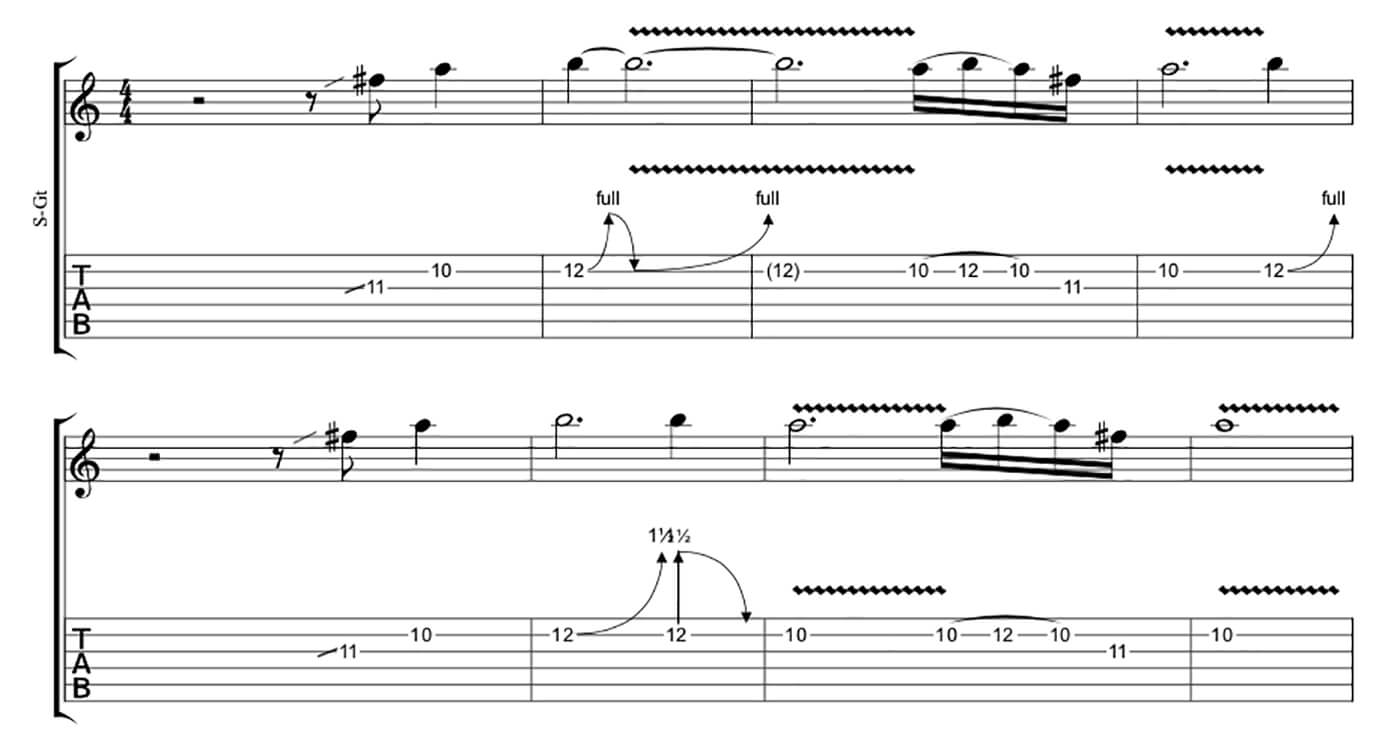 Notice the double bend in the first repeat, you bend up, release the bend and back up again without re-picking. On the second repeat this is replaced with a tone and a half bend followed by a pre-bend into a release.

Here we start on the fourth beat of the count in, but right before that you want to rake into the first note. Green played with a very vocal style and would often sustain bends for extended durations. This bend is sustained for over a bar and a half. The ending of this lick is a pentatonic flurry involving a quick hammer-on and pull of triplet on the B string.

Space is an important facet of any guitarist’s style, but to emulate Green’s style, it’s especially important to be conscious of all this. This example has has a full two-bar rest between the first and second section, but it’s important to count this properly and allow that space to become part of the riff.

The final bar is a very quick descending flurry. Don’t worry if you can’t play this very accurately at first, it’s more about the feel it creates.

Green was never known as a particularly fast player, but he did occasionally lean into some bursts of speed in his solos. This longer example is a great example of a multi-bar phrase in that style. The initial bending phrase starts on the third beat of the count in before launching into a short repeating lick.

Once you hit the fourth bar, the note density increases, and there’s a triplet descending line that runs through the A minor pentatonic. The final bar is a descending A minor triad chord. Incorporating partial chord shapes such as this are a great way to add a melodic twist to standard guitar parts.

We finish off up the top end of the fretboard with a slide guitar-style phrase before one of Green’s trademark pre-bends.

Pre-bend the 20th fret on the B before you pick it, don’t forget to apply lots of vibrato to make it sing.

The final speedy phrase should be approached with attitude over accuracy. The short burst of intensity is to create a mood within the solo. This technique was also used a lot by Eric Clapton around the same time.

Leigh Fuge is a guitar teacher and professional musician from Swansea, UK. He has taught hundreds of students face to face and via the MGR Music platform. He has more than 10 years of experience working as a touring musician, session guitarist and teacher. Visit mgrmusic.com to find out about guitar tutors in your area.