In the second part of our new tuition series designed to teach you how to become a better blues player from the ground up, we add some rhythmic flavour to the 12-bar blues chord progression that we learned in part one. Meet the blues shuffle… 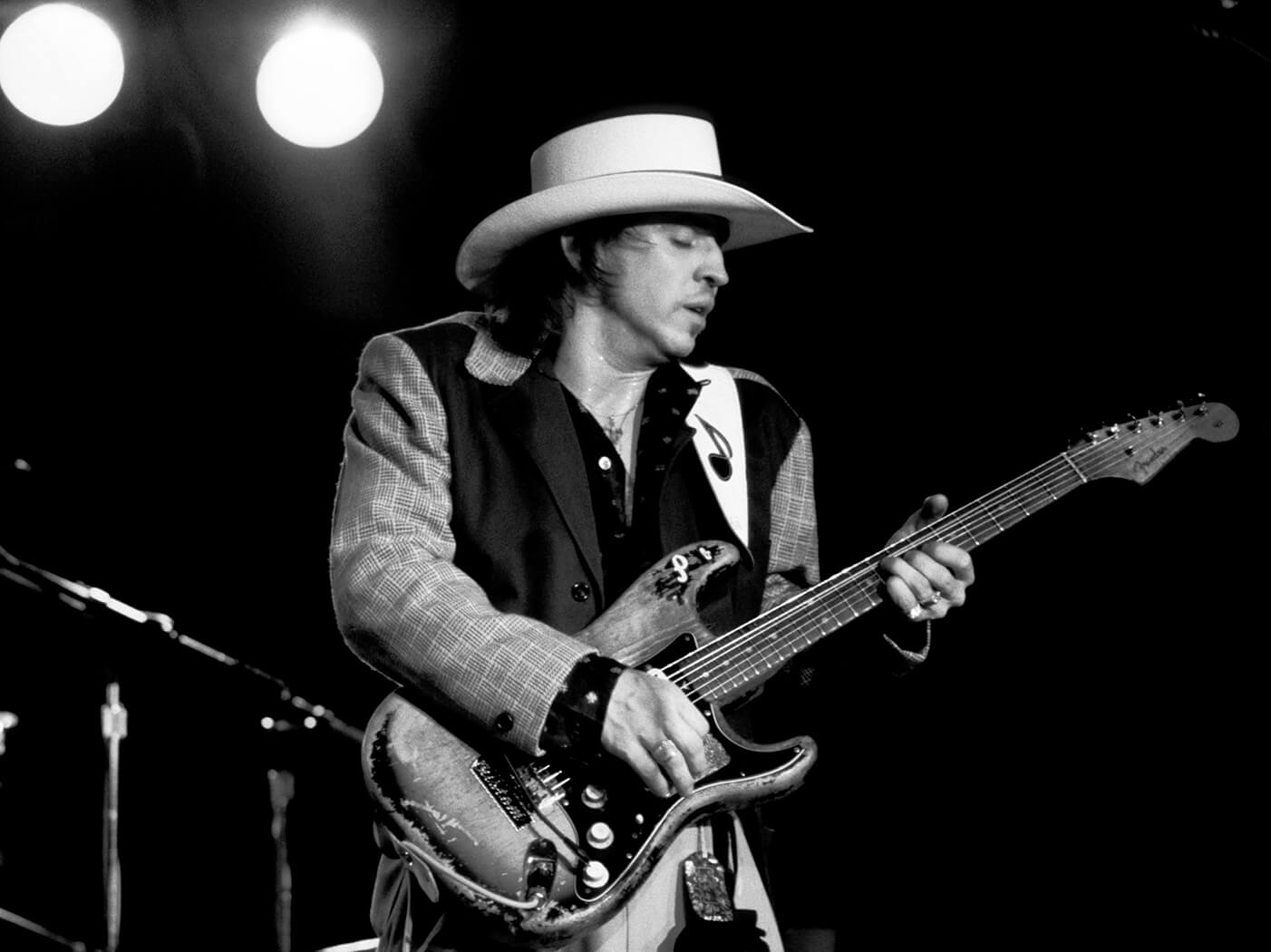 In part one of this series, we looked at the form of a 12-bar blues chord progression – the familiar format that underpins most classic blues music. In this lesson, we’re going to apply a rhythm to that basic progression. This is a specific rhythm known as a blues shuffle.

If you know a little about blues playing, you may be familiar with the term ‘shuffle’. A shuffle is a beat based on eighth-note triplets. You can count a shuffle by breaking your four main beats down into triplets:

This type of rhythm dates back to the early 1930s. The first known recording of it was on a track called Lead Pencil Blues, recorded by Johnnie Temple in 1935. The shuffle style of playing has been a staple in blues rhythm since the beginning, but it has been used time and time again through the ages in many forms. Led Zeppelin’s Rock And Roll is a fine example of taking a shuffle style and adapting it for a rock sound. As with our last instalment, all the examples in this lesson are in A minor, but are transposable to whatever key you see fit. 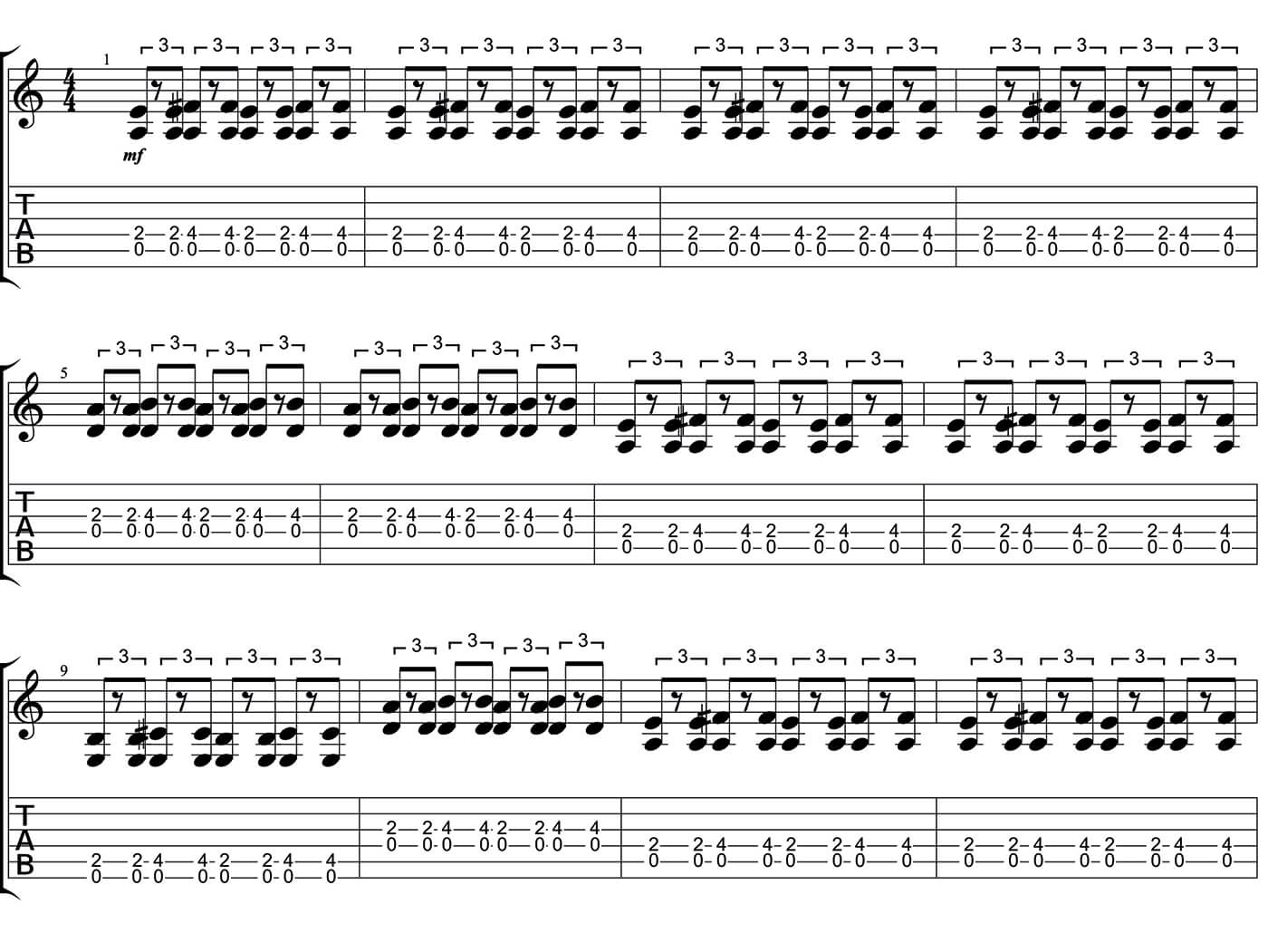 This first example of a shuffle is using only open-position chords. We are using an A5, D5 and E5 chord; these may be more familiar to you from their more common name, powerchords. We will be alternating between the second and fourth fret, with the open string above ringing. The rhythm for each bar will be sticking with the shuffle feel. Divide each beat into three sub-beats. You’re playing on the downbeat of each bar (1, 2, 3, 4) and also the third sub-beat of each bar: 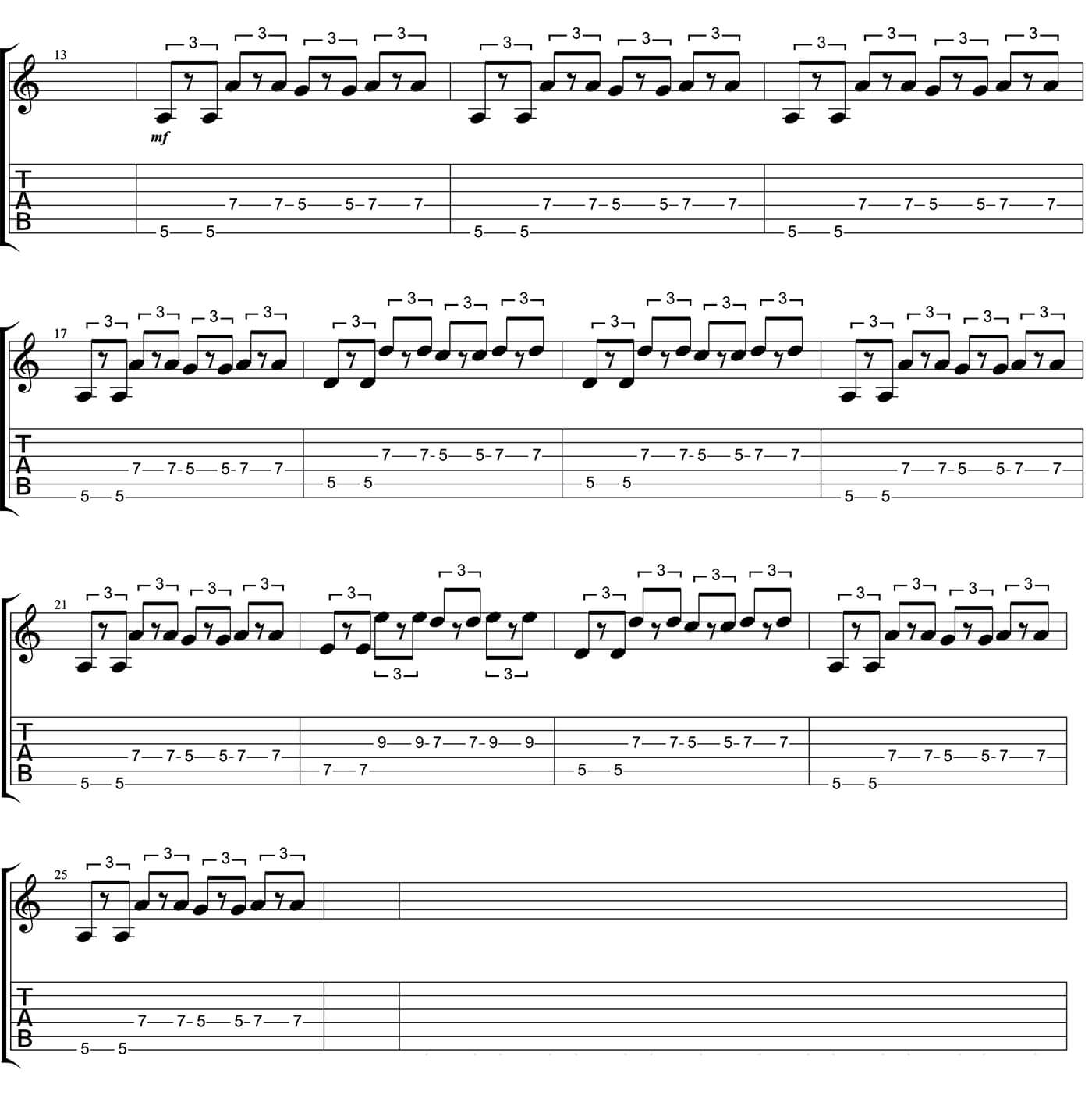 This example follows the same approach, but with single notes instead of chords. This is a walking-style shuffle pattern and is very reminiscent of BB King’s song Rock Me Baby. 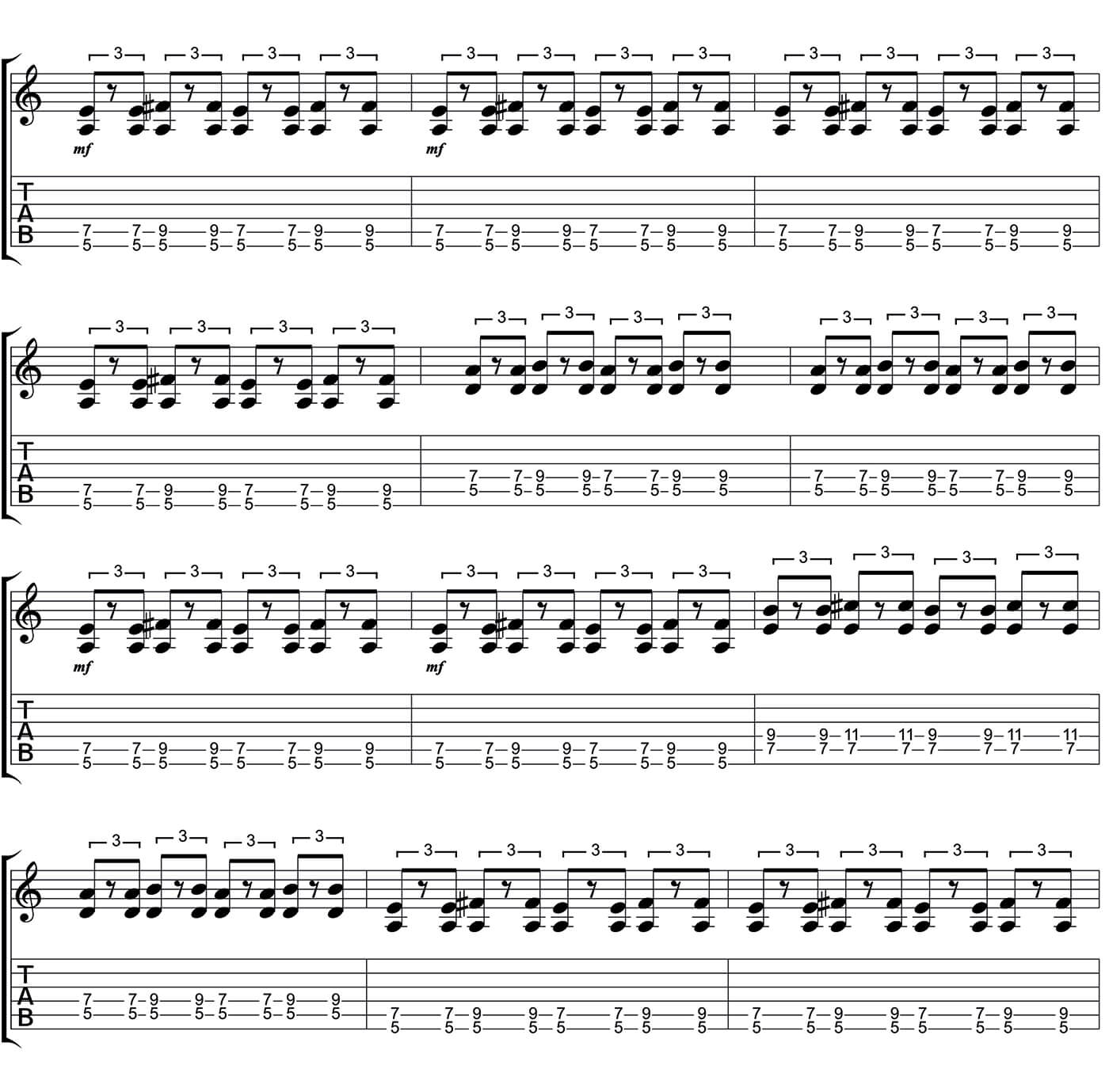 This final example is similar to the first one, except we are now playing this chord-based pattern from a fretted position instead of an open position. This is a typical blues-rock-style way of playing a 12-bar progression. If you take this style of playing and ramp up the speed, you’ll feel like Chuck Berry!

The important thing here is noticing that our A, D and E chords are now played as powerchords. A being the 5th fret on the sixth (low E) string, and D and E being on the fifth (A) string at the 5th and 7th frets respectively.

Similar to the first example, the alternate bars involve reaching up to a note two frets higher than the second note of the chord. However, this now means reaching from
the 5th and 7th fret to the 5th and 9th. This is a great way to get your little finger more involved, if you’ve not already done so in your playing so far. Take your time with this one, it takes a while to loosen your hands up to master the stretches.

The shuffle rhythm remains intact with this example:

Blues music is designed to be sung over so it’s useful to be able to play in different keys. Have a go at playing your 12-bar sequence in these three styles in various other keys, to get a feel for playing your blues rhythms in different fretboard registers.

About the author: Leigh Fuge is a guitar teacher and professional musician from Swansea in the UK with over 10 years of experience. He’s taught hundreds of students face-to-face and via the MGR Music platform. To find a qualified guitar tutor in your area, visit mgrmusic.com.