How How to play country guitar Part 3 – Doublestops

In his third instalment of his beginner’s guide to country guitar, Nashville sessioneer David Henriksson gets to it on the double. 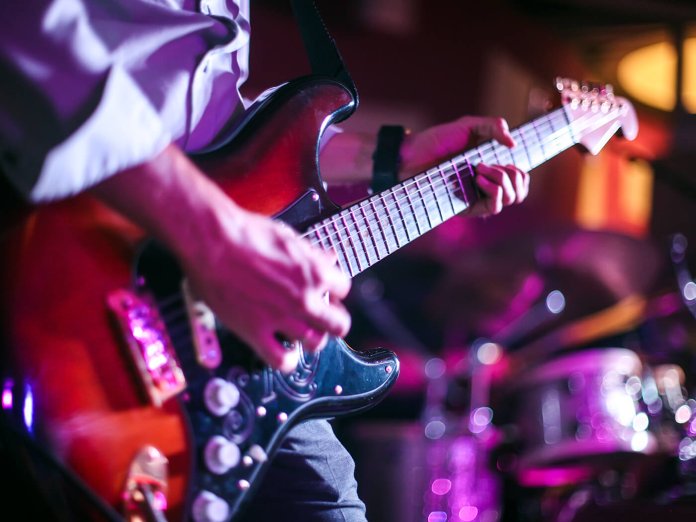 This third lesson of the series will effectively kick off the second phase of our exploration of country guitar playing, and we’re kicking things off here with doublestops – for the uninitiated that basically means playing two notes at the same time. I’m going to present several examples on how to use doublestops both over static chords and how to outline chord changes. Since a doublestop is right in between a single note and a three-note chord (a triad) they can add a lot of harmonic intent and direction to our phrases since we’re almost playing a chord.

I’m playing these examples are played over some train beat grooves, country shuffles and some more rockin’ vibes as well. Doublestops are obviously very common in country guitar playing but they’re also very useful in many other styles, it’s a great way to sound a bit bigger and fuller when playing solo in a power trio but works equally well (but in the opposite way) to fit your rhythm part better in a busy mix if you’re playing in a six or seven piece band. So please spend some time these, try to get them under your fingers, understand the theory and application and also try to apply doublestops in other styles. I think you’ll dig it a lot! Now, let’s play!

Here are four variations of the same idea, playing parallel sixths to outline an A7 going to a D. The first two are ascending and the last two are descending. The ascending versions have one chromatic step added (to make sure we target the D chord with chord tones on a strong beat) while the descending versions are strictly within the mixolydian mode. Turn your hybrid picking mode ON and use your middle finger on the highest note of each doublestop. There are also different variations in the phrasing, check out the tabs and listen to the recorded examples and please feel free to mix and match in a way that you like. 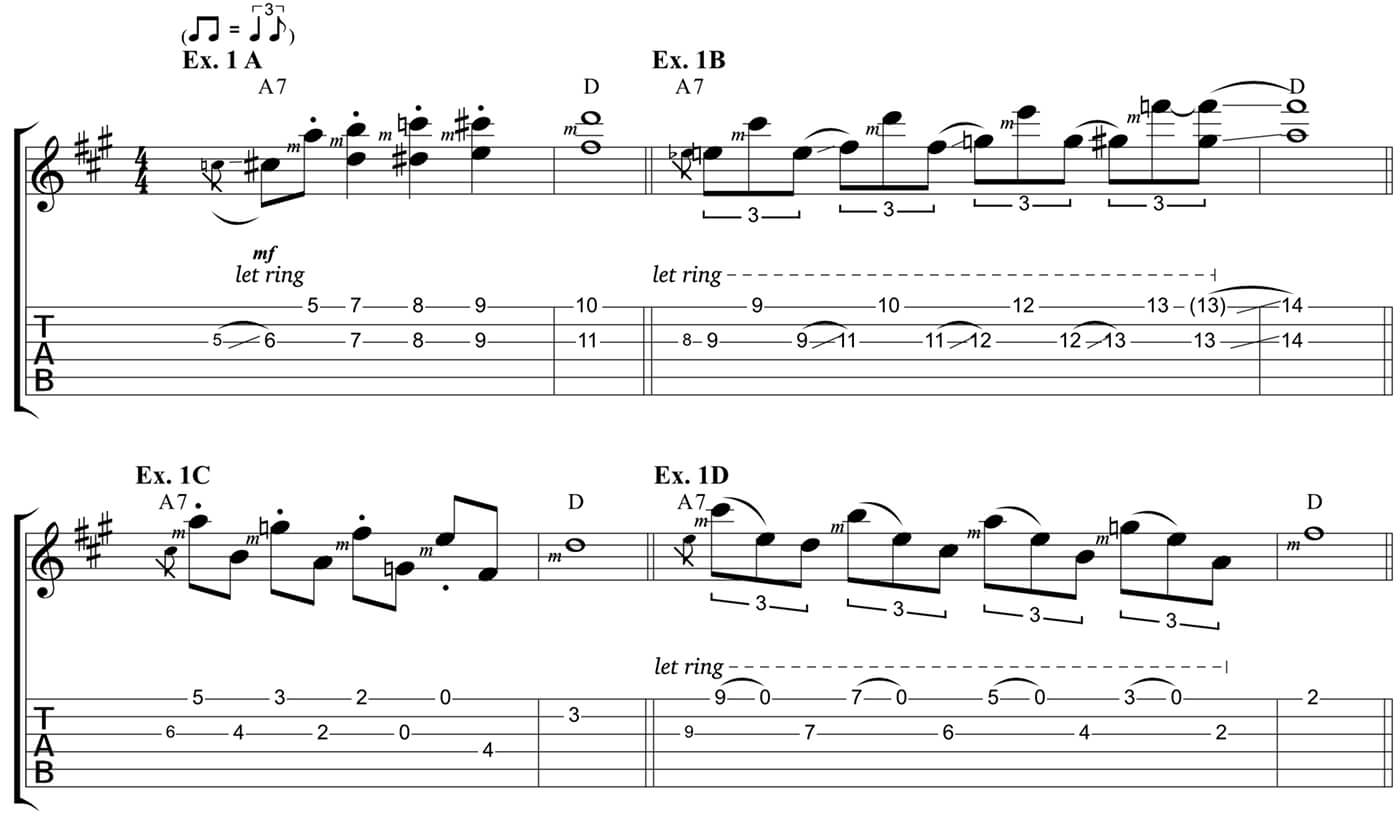 Again, here are four variations based around the same initial idea – a doublestop on the G and B strings and two notes on the D string that are executed either with a hammer on, pull off or slide. This means we have a rhythm of three notes that repeat themselves and when played as 16th notes it creates a cool rhythmic displacement. You can exaggerate this affect by accenting doublestop. All these variations clearly outline a B7 tonality, mostly it’s just chord tones but the third and four examples also add some chromatic leading notes and upper extensions. 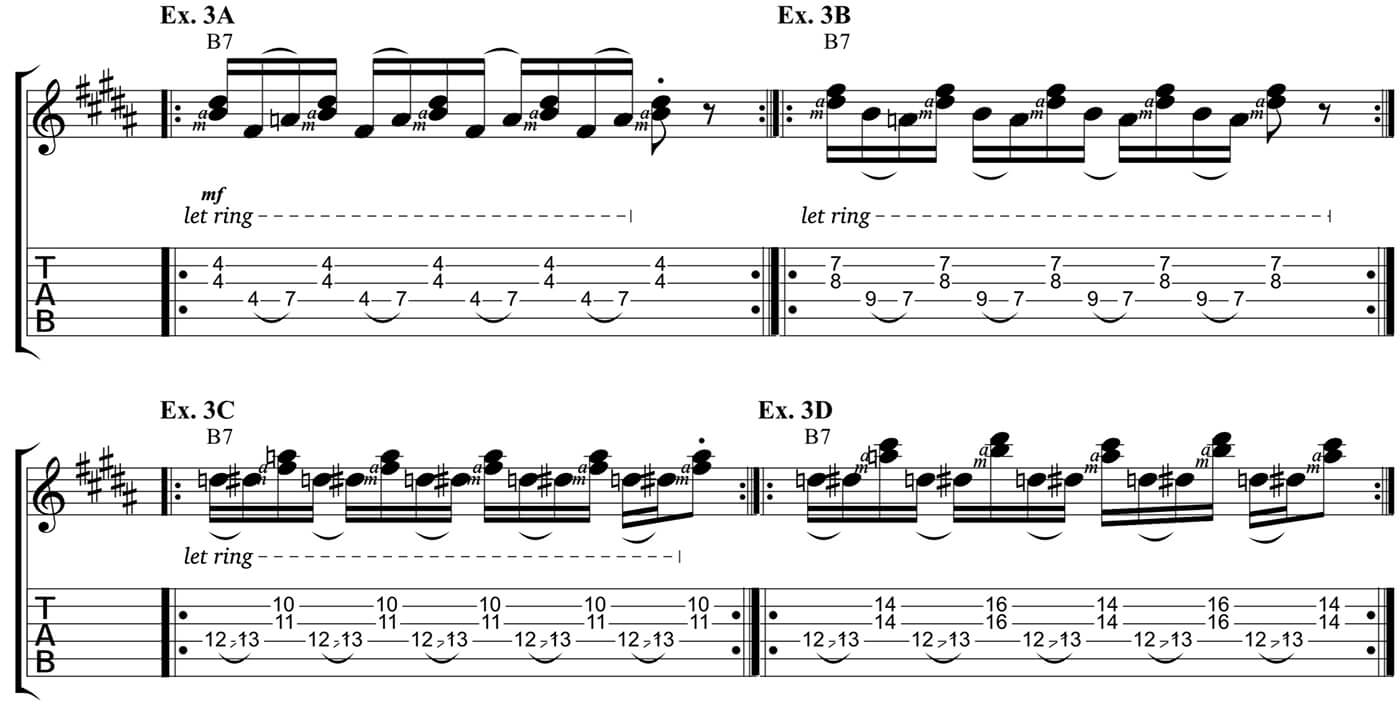 Now, let’s get even more country by adding some characteristic ghost notes that are an integral feature of chicken pickin’. The first three doublestops use the root note as a high drone while you play a descending chromatic line derived from the blues scale – but here’s the secret sauce: play these staccato AND add a muted G string string in between those doublestops. Voila! But hey, we’re not done… Now also play the muted D string twice before the second part of this phrase. I play the first one with my pick, the second with my index finger and the bent note on the G string with my middle finger. Once you’ve gotten this far, the rest should be easy peasy.

This outlines an E7 going to an A so it can be used as the I-IV chord in the key of E and as the V-I chord in the key of A – since it doesn’t use any open strings it can also easily be moved to any key – pure awesomeness right? I suggest that you experiment playing the minor third to major 3rd movement in three ways: as a slide with your ring finger, as a hammer on and also hitting both notes with your flat pick as this will give different articulation and bounce to this lick. Listen to the subtle differences in the recorded examples.

Here’s an excellent way to end an old school country shuffle. A single note pickup is followed by some parallel thirds and later we’ll outline the V-I ending with some contrary motion where the major third of the V chord goes UP a half step to the root of the I chord while the flat seventh of V chord goes down a half step, targeting the major third of the I chord. This is one of the strongest harmonic movements we have in country music as well as many other styles.

This starts with a doublestop sliding chromatically into the root and major third and continues in a way that reminds me of Brent Mason with all the chromatics. After the initial doublestop we’re playing six descending chromatic steps all the way from the flat seventh degree (G) to the perfect fourth (D) – the reason this works and doesn’t just sound like rubbish is because we’re targeting chord tones on the strong beats of the bar. It ends with the root and major third but played as a sixth instead of a third (as we did in the beginning of the lick) – this is called reversed intervals, check out the bonus tip at the end of the article.

I stole this idea from Albert Lee (the first country guitarist I ever heard) but I’ve heard many other players using these kinda licks as well. Now we’re playing over a full VI-II-V-I progression, outlining dominant seventh chords and the common denominator (of the first three chords) is the pull-offs to the open G and B strings. Make sure you use your middle and ring finger to give the doublestops a solid twang by grabbing the G and B strings and snapping them back against the fretboard. This is a fun one!

Try to use reversed intervals to maximise the use of these ideas. Lick played as sixths usually sound great as thirds as well. You can do this by changing the octave of either note so they end up closer to each other in pitch – meaning either moving the lower note one octave higher OR moving the higher note one octave lower. This will greatly extend how you can use these licks and phrases. Next time we’ll dive deeper into pedal steel inspired bends – get your fingertips ready to be a little sore! 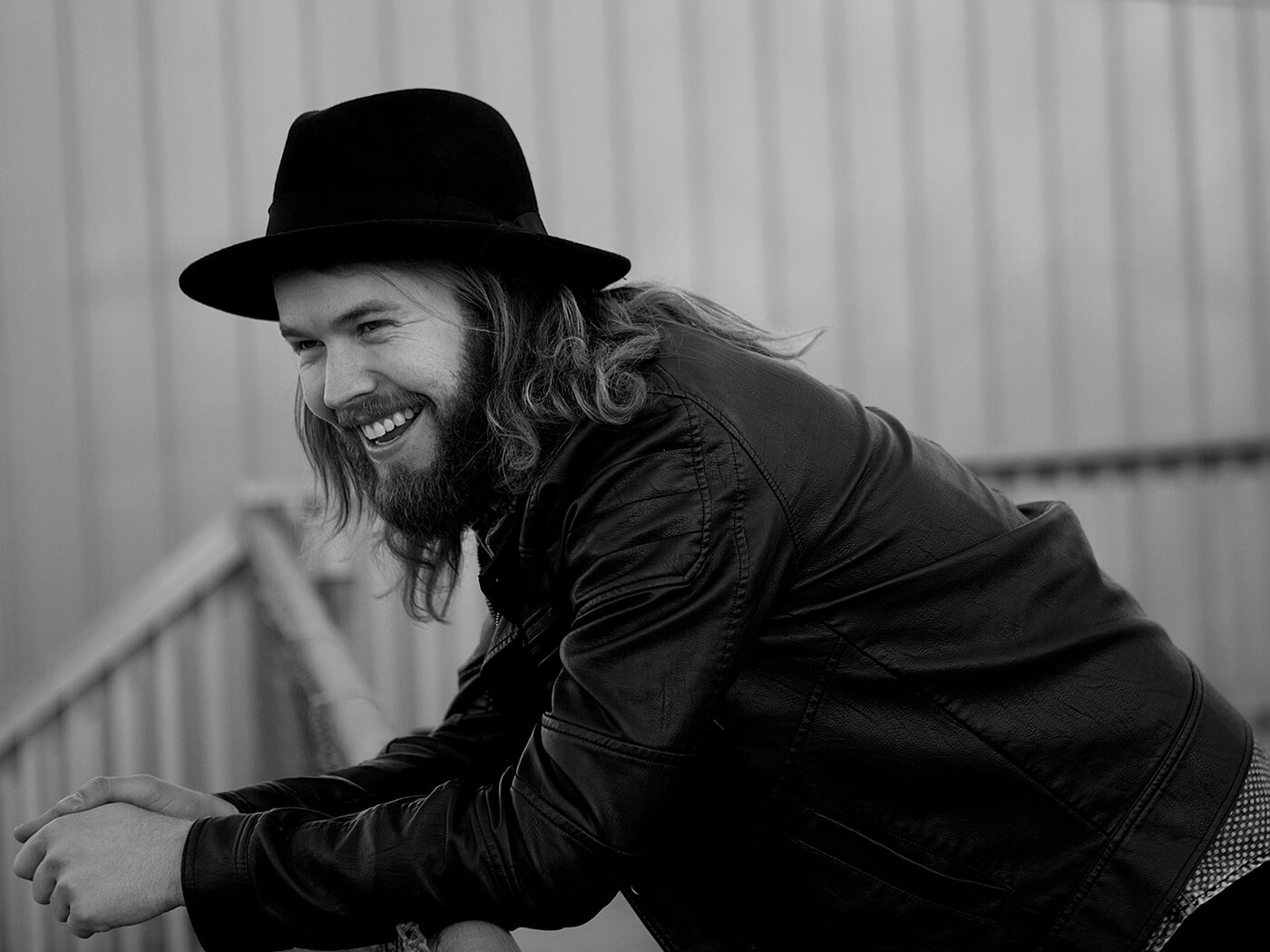