Two acoustics and one semi-hollow electric join the family: the Niagara, Tammany and DC 12-string. 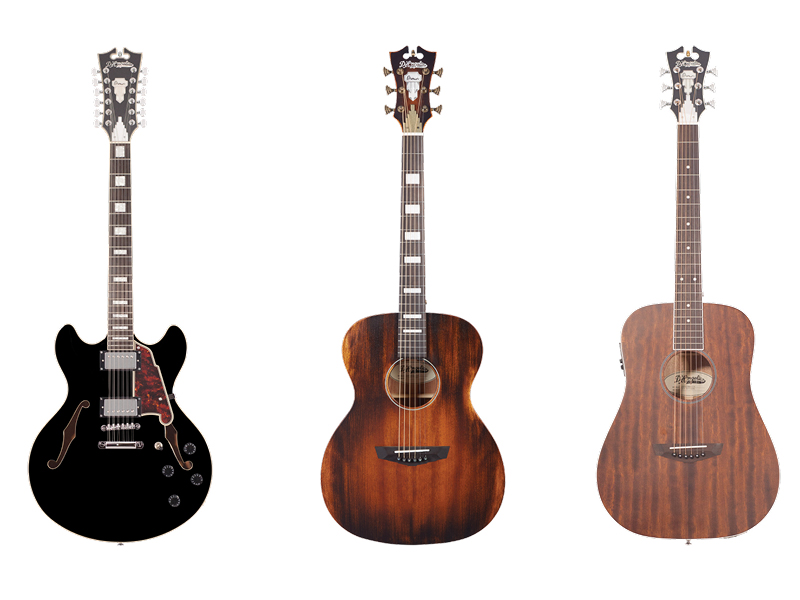 From left to right: DC 12-string, Tammany and Niagara (not to scale)

D’Angelico Guitars has just expanded its Premier Series range with a trio of new offerings: the Niagara, Tammany and DC 12-string. Here are the deets:

Billed as “the ultimate travel companion,” this mini-dreadnought is a mere 14 inches at its widest, and comes with either a solid mahogany or spruce top. Pick whether you want the midrange warmth of the former or the clarity of the latter. It has a slim “C”-shaped mahogany neck, ovangkol fretboard, an onboard preamp and ‘antique’ bronze tuners for a touch of vintage flair.

The Tammany is an OM-sized guitar that shares many of the Niagara’s features. But this bigger sibling also sports an open-pore satin finish on its solid mahogany soundboard. This “makes for remarkably warm tone […] feeling and sounding like a vintage instrument,” according to D’Angelico.

This ES-335-harking semi-hollow is D’Angelico’s first-ever 12-string electric. It’s powered by a pair of Duncan Designed humbuckers that promise a full midrange and articulate highs—in other words perfect for strumming chords. A laminated maple body, “C”-shaped maple neck, an ovangkol fretboard and a 24.75-inch scale length round off its other highlights.

For more information, check out dangelicoguitars.com.