Menacing guitar is designed by Takamizawa Toshihiko of The Alfee. 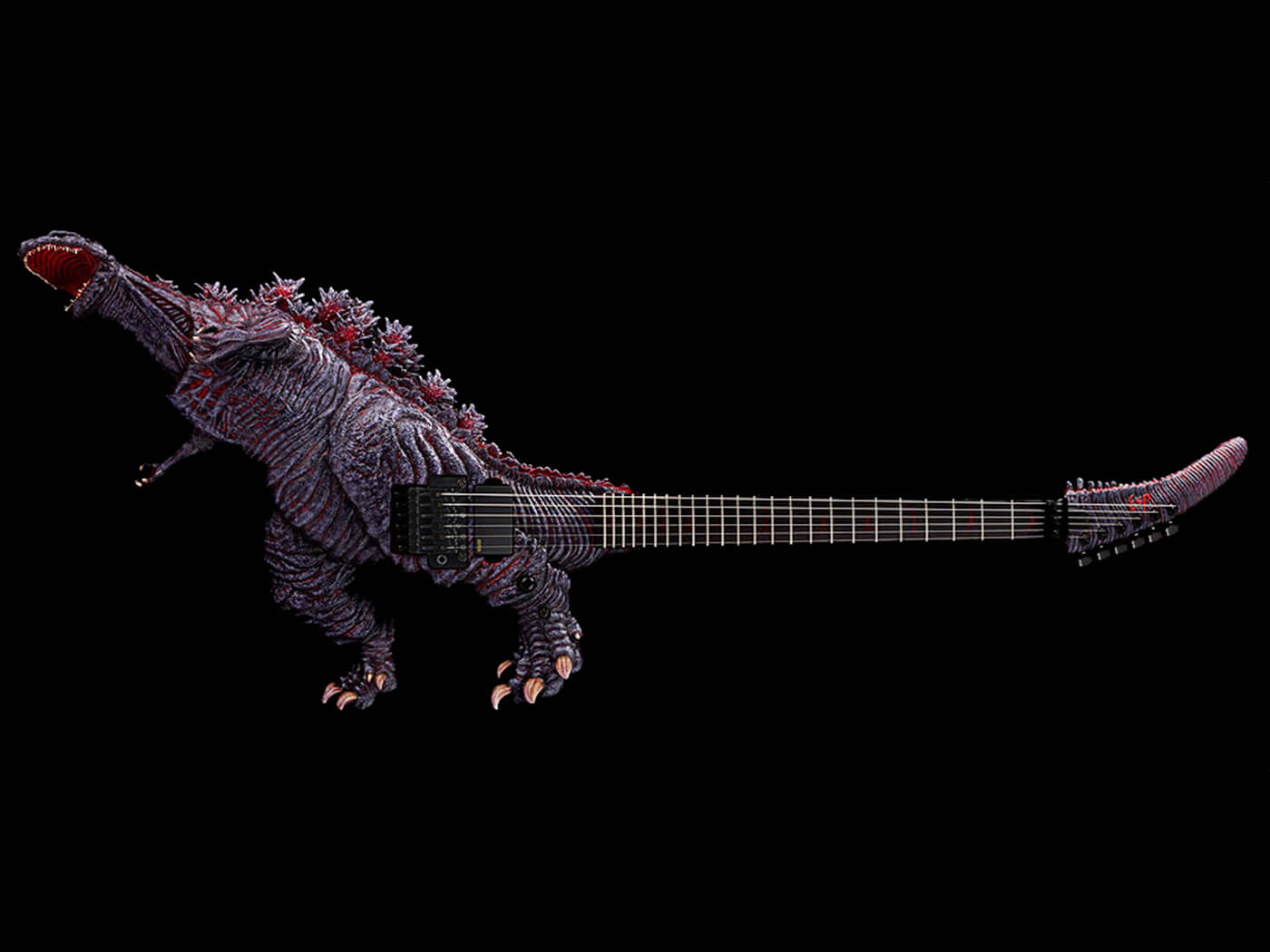 ESP has taken the meaning of “custom guitars” to a new level with the limited-edition Godzilla model. The instrument, designed by guitarist Toshihiko Takamizawa of Japanese rock band The Alfee, turns the pop culture monster into a fearsome six-string.

According to an article by Comicbook, the Godzilla guitar was first revealed by Takamizawa last year to commemorate the 65th anniversary of the franchise. Only five built-to-order models will be made available, each featuring an alder body, three-piece hard maple neck, ebony fingerboard and EMG85 humbuckers. These features are complemented by a Floyd Rose bridge and Gotoh tuners.

As a cool touch, purple LED lights will also be built into the guitar’s body and fingerboard inlays, completing this collectable’s menacing look.

Each Godzilla guitar retails at ¥5.55 million (approximately $51,600). Orders are being taken from now until the end of September.