It’s the latest set of flagship models from the brand. 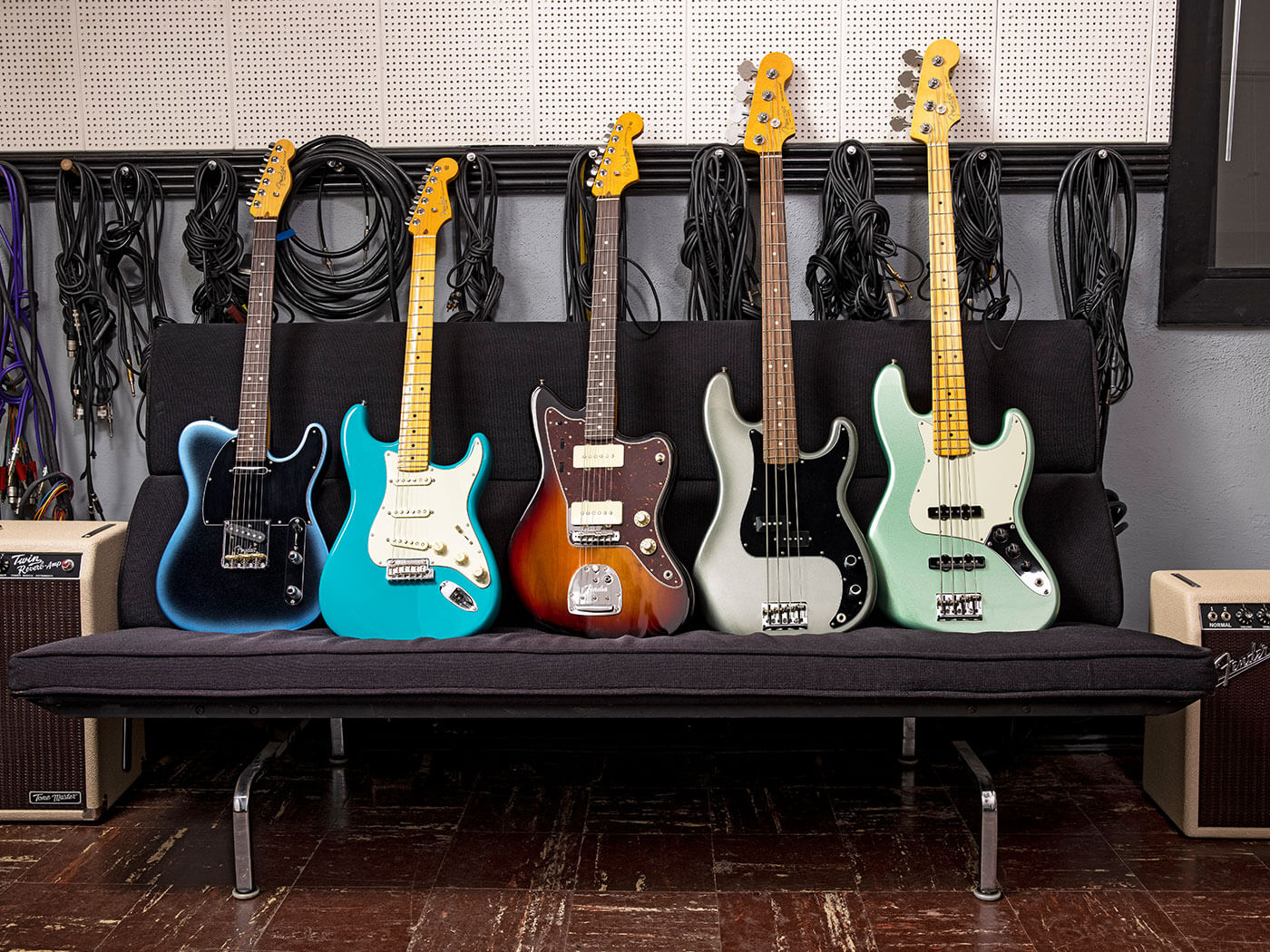 The launch follows rumours back in August that the line might be due its first revamp since it was launched back in 2016.

“With their feedback and innovation, a priority, we reviewed every element across the series, incorporating specs like a new sculpted neck heel, new pickups, supernatural neck finish, and various aesthetic refinements including bold colourways, tonewoods like roasted pine and tortoiseshell guards on select models.”

The use of roasted pine is perhaps the most interesting new development, but one steeped in Fender history, as pine was one of the woods Leo Fender experimented with when he was first developing the Telecaster. The roasted variety has enjoyed a resurgence in popularity in recent years – notably with Dennis Fano’s Novo guitars, but also on select Fender Custom Shop instruments – and with Fender announcing its intention to phase out ash earlier this year, it points the way to roasted pine becoming a new option for Fender fans looking for a different tonewood.

The new ‘bold’ finishes are certainly that, particularly the sports car-inspired Miami Blue and the black and blue burst Dark Knight, while 3-Colour Burst, Mercury and Mystic Surf Green, offer new twists on classic colours. Other features of the new series include a Deep “C” neck profile, rolled fingerboards and a sculpted neck heel for easier access to the upper frets. Electronics-wise there’s now push-push switching, as well as new V-Mod II pickups and voicings.

The launch comes alongside that Fender’s new The One. For All. campaign, which celebrates the “unifying” nature of the instrument. Justin Norvell again explains: “We stand behind all artists by providing them with the tools they need, no matter where they are creating or performing, and remain committed to making every great instrument even better through thoughtful innovation.

“Music has a special unifying power and guitar – and the artists wielding the instrument – play a big role in that. As always, our creators and artists came first as we refined The American Professional II series to push the boundaries of guitar forward, deliver epic sound and offer reliability to artists across every genre of music, when the world – and our artists – need it most.

The campaign has been launched through a short film narrated by Billy Bob Thornton and showcasing a diverse roster of artists utilising models from the new range. These include Steve Lacy, Lindsay Ell, Dominic Fike, Orville Peck, Ashley McBryde, Este Haim and MonoNeon. Take a look above.

The series has also been showcased in a set of Fender Demo episodes – hear the guitars in action below, and follow through to see the full playlist.

The full list of models announced as part of the series is below: