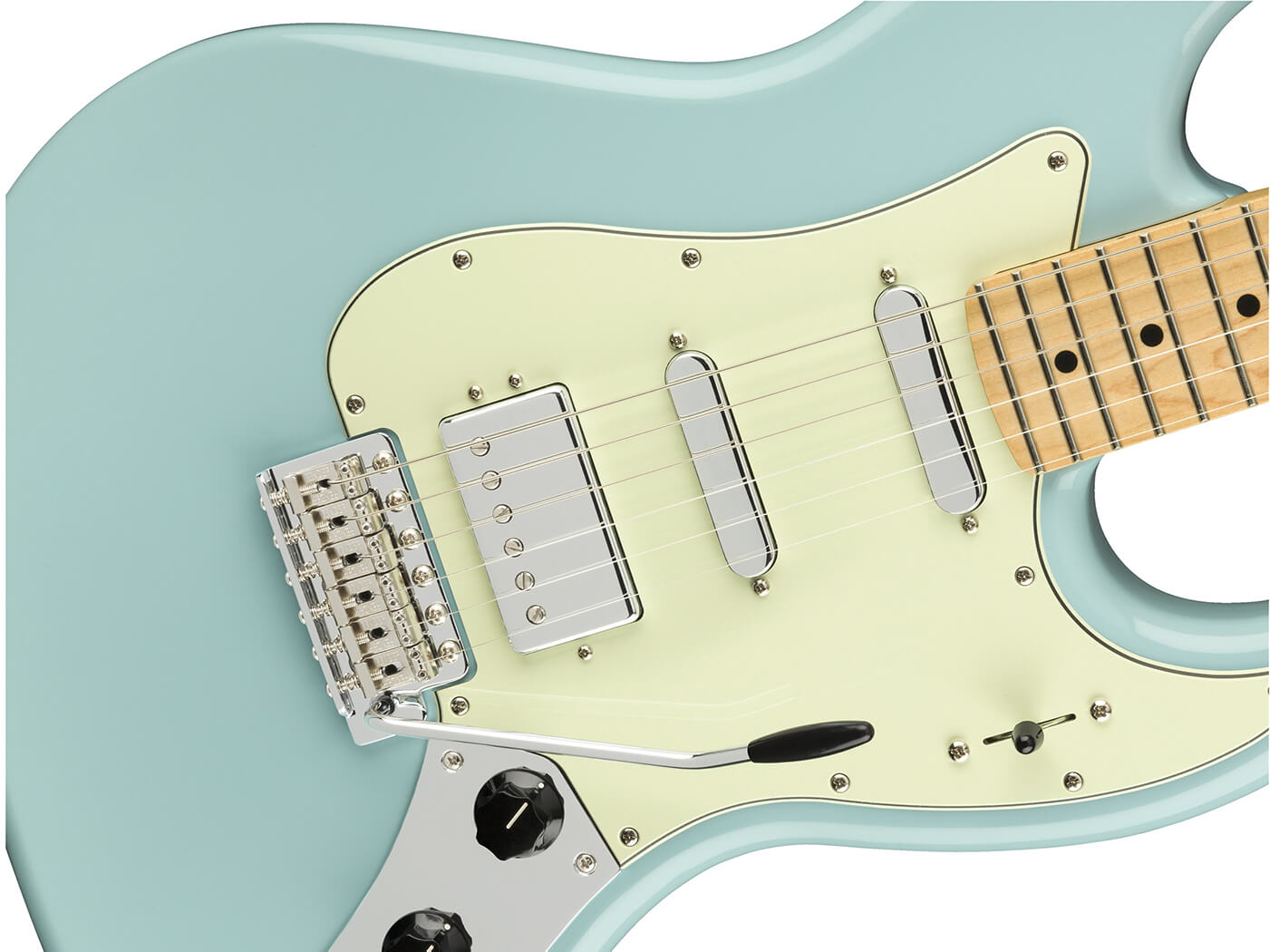 Fender has unveiled the Sixty-Six, the latest entrant to its Alternate Reality series. This axe joins the Powercaster, which was released just over a month ago.

True to the series’ off-kilter style, the Sixty-Six features design elements that you wouldn’t necessarily see Fender take. Right away you’ll notice that the new axe features an ash body modelled after the Jazz Bass, albeit a bit smaller. It also has a large Strat-style headstock with vintage tuning machines. And to accommodate a wide range of playing styles, Fender has opted to go with Modern C maple neck with a 22-fret maple fingerboard.

The pickup configuration caters to wide style as well, featuring a pair of single-coils at the neck and middle positions, and a humbucker at the bridge. According to Fender, these Player Series pups will cover everything you need, from pristine cleans to fat leads. The pickups are managed by master volume and tone knobs and a five-position blade selector.

Rounding things off is a Strat-style tremolo which works well with the pickups to provide a surf tone, as Fender’s product demo below will show.

Listen to the guitar in action here:

The Fender Sixty-Six is available in 3-Color Sunburst, Daphne Blue and Natural.