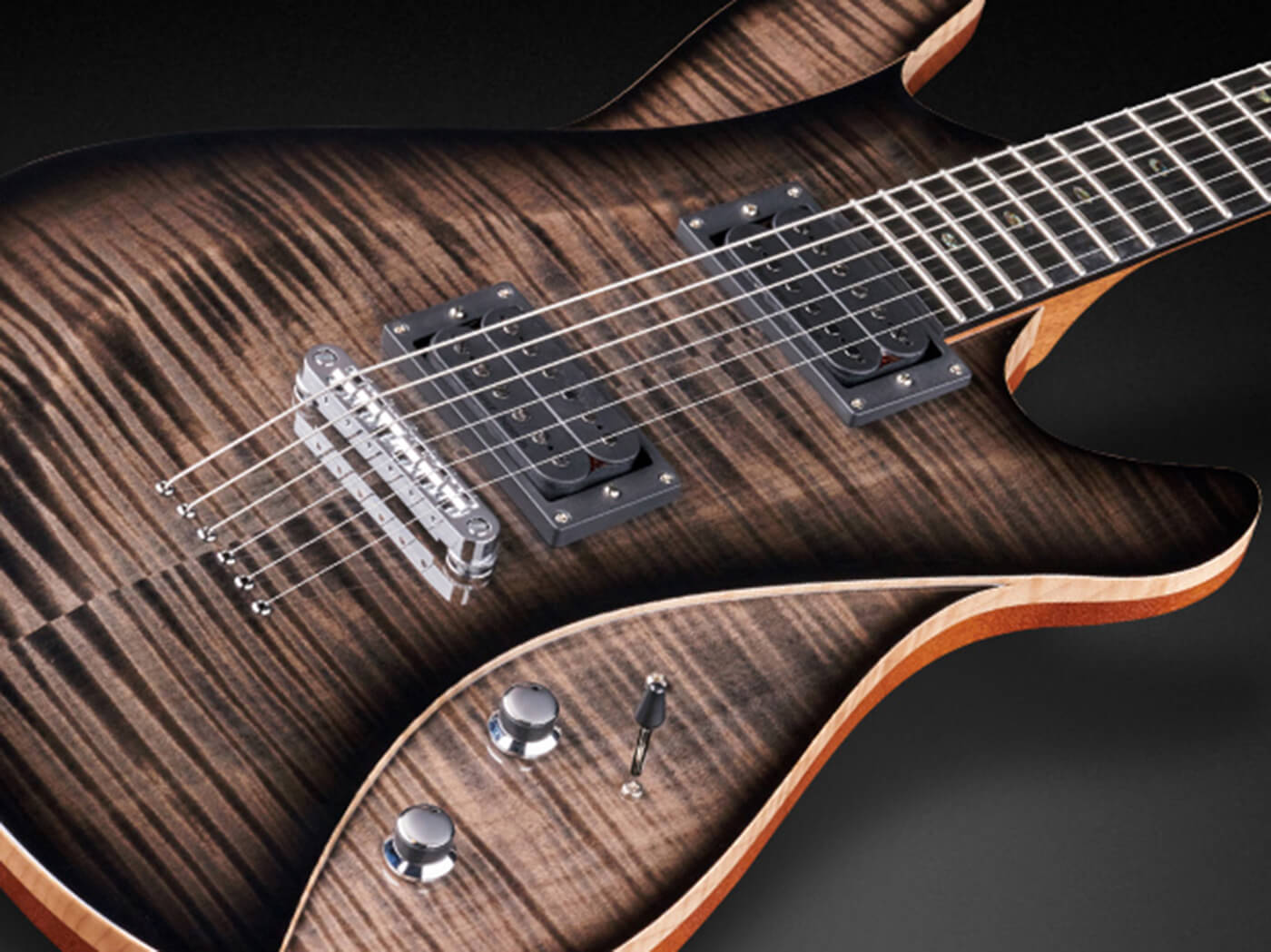 Over the past two months, Framus has refreshed selected models with a 3D top and choice tonewoods. The latest to receive this treatment is the Diablo Supreme, which has been dressed up as the Diablo II Supreme. Available in both Masterbuilt and Teambuilt versions, this axe also sports two Seymour Duncan humbuckers designed to give metal players extra bite.

The Seymour Duncan humbuckers are the Sentient – at the neck – and the Nazgûl that slots in at the bridge. Sentient is said to deliver articulation that modern metal players will favour: you’ll be equipped with sparkling cleans for chord work as well as high gain tailored to fluid lead-playing. Nazgûl, on the other hand, can be relied on for the modern metal trifecta of “searing highs, grinding mids and tight bass”, according to Seymour Duncan.

As mentioned earlier, both versions of the Diablo II Supreme boast a 3D-carved top and contours. The main difference between the two is that of the flamed maple top: the Masterbuilt version boasts an AAAA grade while its Teambuilt counterpart sports an AAA grade. Otherwise, both models share similar tonewoods, including a mahogany body, a mahogany neck as well as a Tigerstripe Ebony fingerboard.