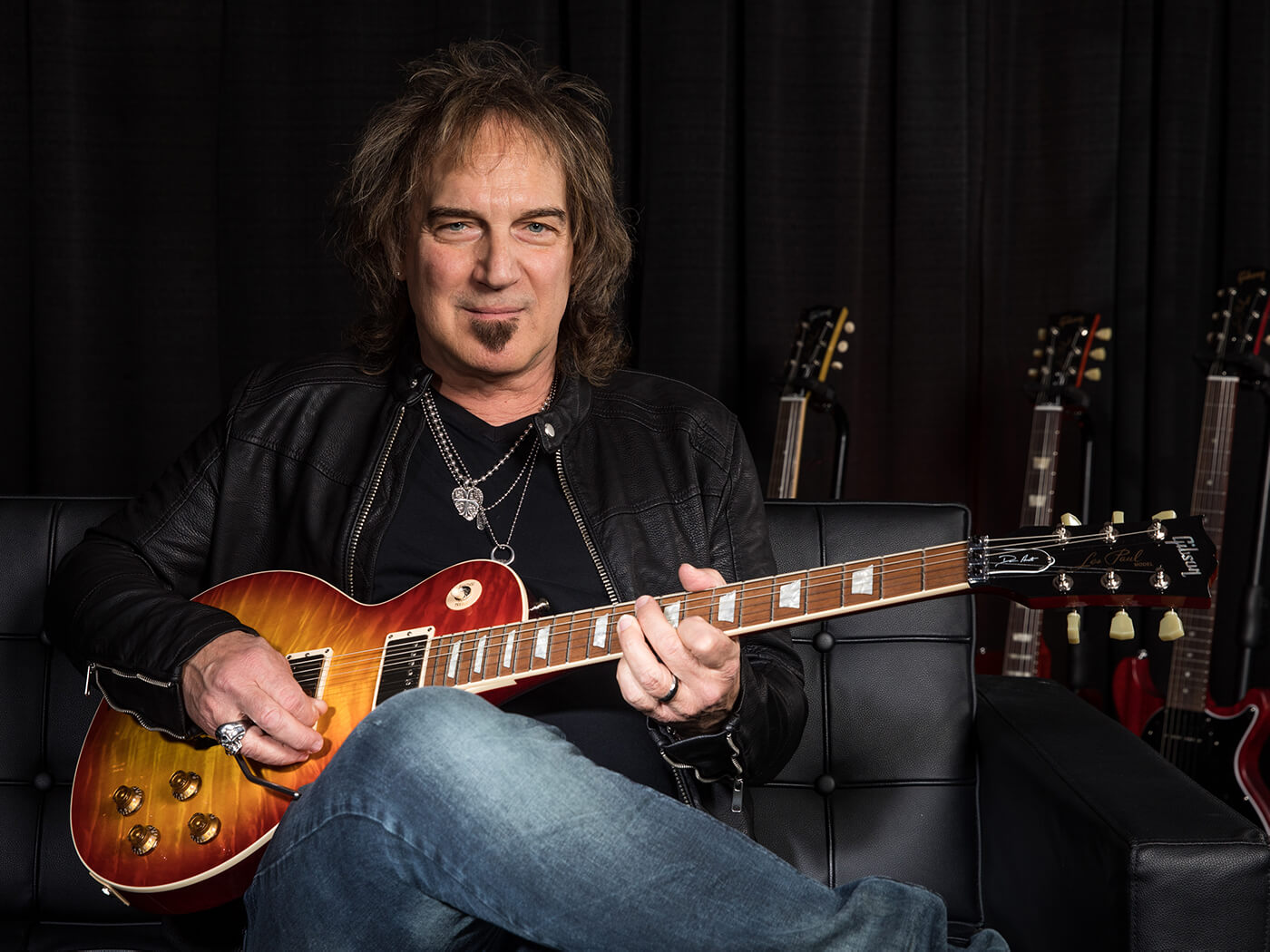 The guitar stands out with an eye-catching Boston Sunset Fade inspired by Amato’s roots in Massachusetts. Its tonewoods include a two-piece figured maple, one-piece mahogany neck – with a beefier profile – and 12-inch-radius White Ebony fingerboard.

The axe also borrows construction elements from Gibson’s Axcess range. These include a swept neck heel, revised back contours and an Apex headstock carve, the last of which is touted to strengthen the neck naturally.

As for electronics, this Les Paul is loaded with two ’57 Classic Plus humbuckers that are wired to a classic four-knob layout and a three-way toggle switch. Wrapping up the axe’s features are a Floyd Rose tremolo, Gibson Deluxe Tulip tuners and an Amato-signed truss rod cover.

Here’s Amato putting his new squeeze through its paces: