They were first announced back in July. 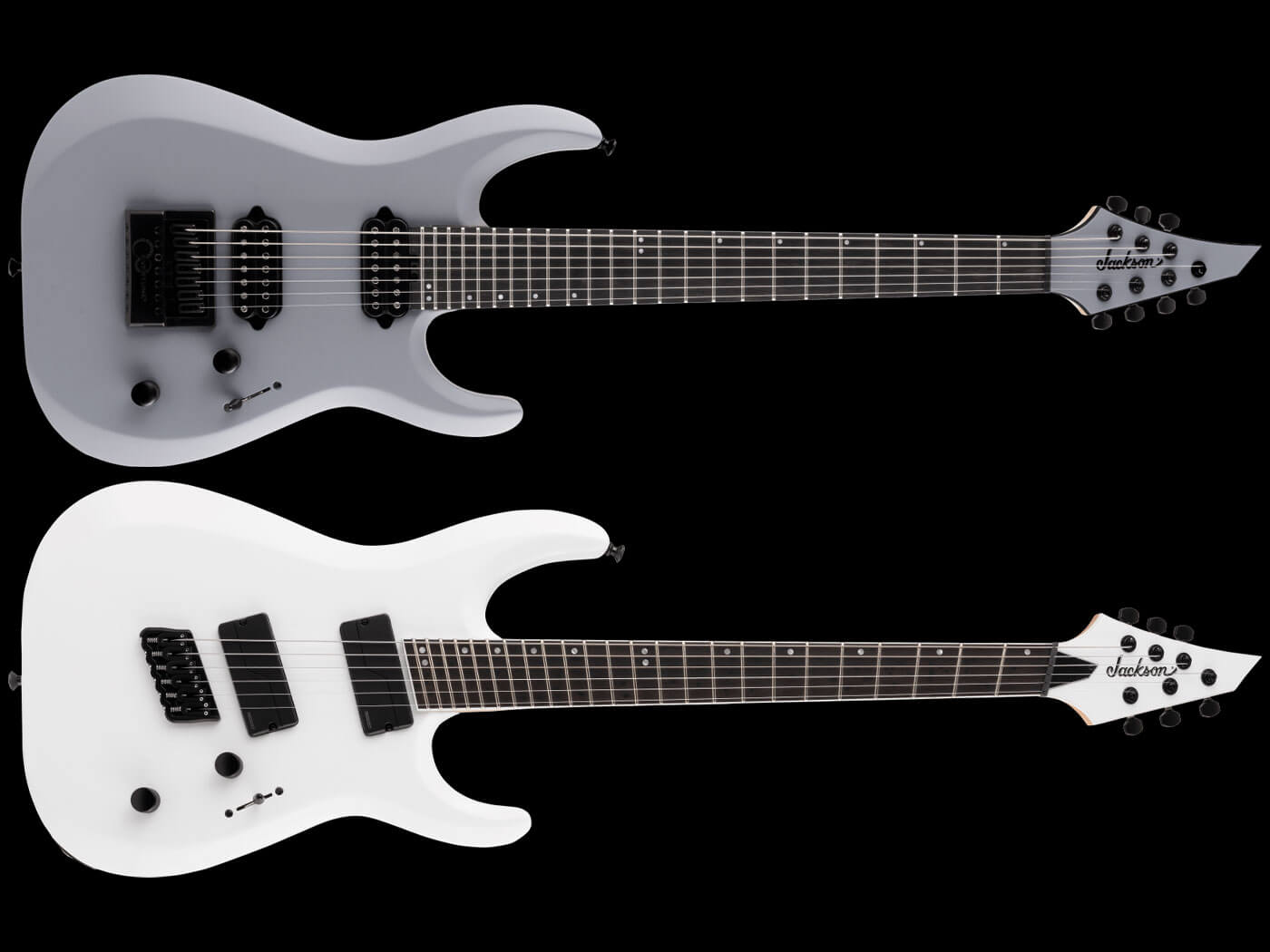 Jackson has officially launched two of the new guitars it first announced back in July. Both arrive into the brand’s Pro Series of models, and offer high-performance S-type flair with minimalist, modern metal stylings.

In terms of electronics, there’s a pair of direct-mount multi-voiced Fishman Modern PRF-MH7 pickups. These offer a host of tonal options, too, with two voices per pickup and a number of coil-splitting options available via the 5-way selector switch.

Next is the Dinky DK Modern EverTune 7, a seven-string guitar Dinky model with a single 26.5-inch scale length across its fretboard. This guitar also features a three-piece bolt-on maple and a wenge neck, with a compound 12-16-inch radius ebony fretboard. The seven strings are supported by an Evertune bridge and Gotoh locking tuners, meaning utterly rock-solid tuning stability.

Its basswood body is loaded with two Fishman Fluence Open Core PRF-CO7 humbuckers, with two voices each and a number of coil-splitting options on tap thanks to the push-pull tone knob and the five-way blade switch.