Something for new- and old-school players alike. 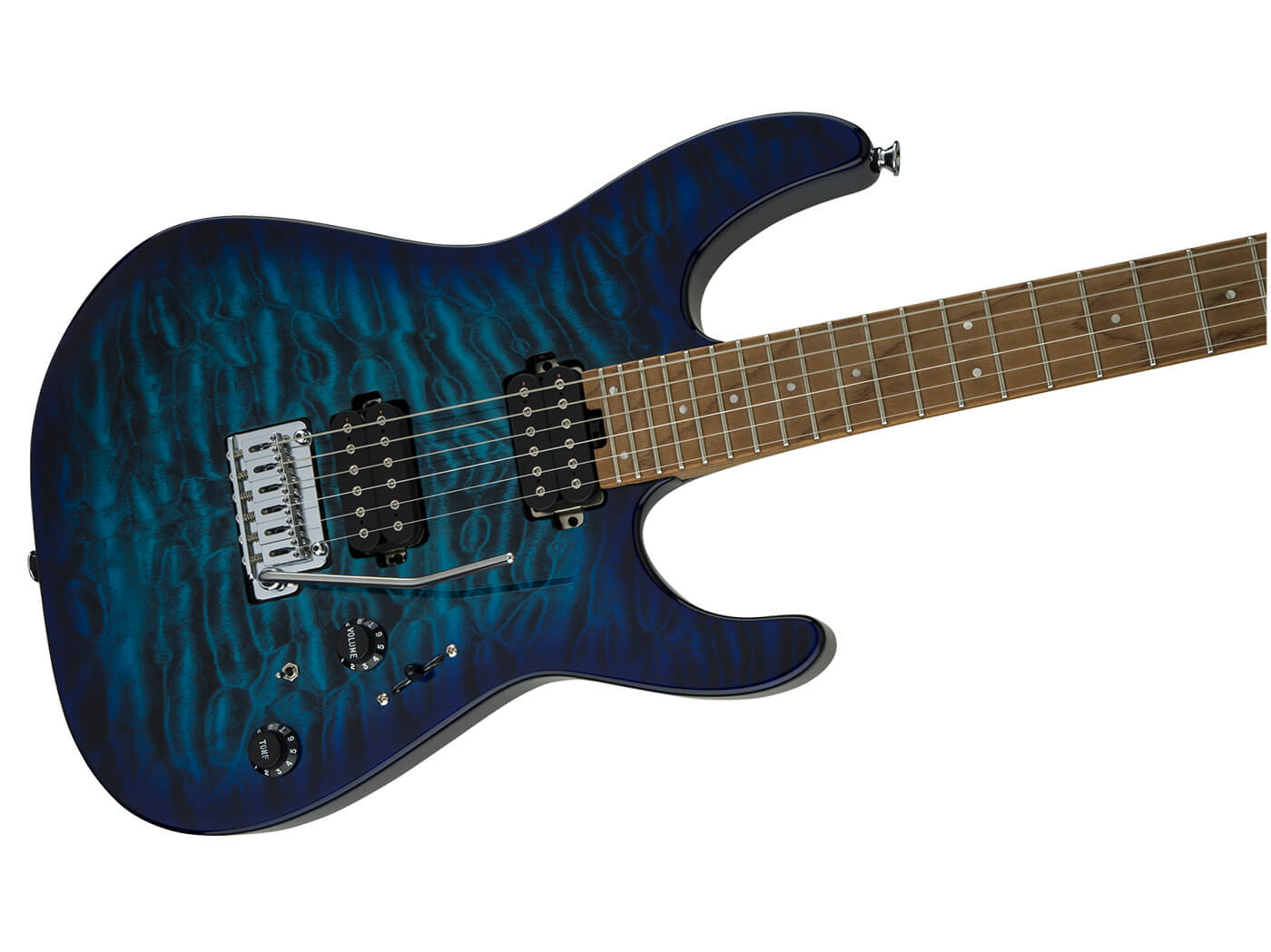 Charvel has debuted the Pro-Mod DK24 HH 2PT as well as two limited-edition axes: the Super Stock Model 2 and Super Stock SC1. Here are the details:

The DK24 HH 2PT is designed for progressive guitarists demanding high performance. It comes in both standard and quilted maple top versions.

Both variants feature a Dinky style alder body, a bolt-on caramelized maple ‘speed’ neck as well as a sculpted cut heel tailored to shredders. Joining these in the tonewood department is a 12 to 16-inch compound radius caramelized maple fingerboard.

Each DK24 HH 2PT is loaded with a pair of Seymour Duncans, including a Full Shred SH-10B at the bridge and an Alnico II Pro APH-1N at the neck. The bridge pup is voiced for sparkling top-end while its neck counterpart supplies “soaring highs and silky lows”, according to Charvel. Both humbuckers are wired to master volume and tone controls, which are represented by Strat-style skirt knobs.

As its name suggests, this special edition piece is inspired by Charvel’s original Model 2 which surfaced between 1986 to 1987.

The 2019 Model 2 features a San Dimas-shaped alder body that’s decked in the original Skull and Bones graphic. It also features some modern touches, including a graphite-reinforced bolt-on maple neck as well as a slick 12 to 16-inch compound radius ebony fingerboard.

For electronics, Charvel has gone with a single Seymour Duncan TB-6 Distortion humbucker at the bridge. Offering a great deal of upper- and mid-harmonics, this pup fits right into the wheelhouse of rock and metal players alike.

Like the Model 2, the SC1 combines classic rock ‘n’ roll vibes with modern appointments. It’s classic features include a So Cal-style alder body as well as distressed contours on the neck and fingerboard for a well-worn feel. Modern features, on the other hand, include sturdy graphite reinforcement neck rods along with a heel-mount truss rod adjustment wheel that facilitates easy tweaking of neck relief.

The SC1 derives its tone from a HS pickup configuration of an EVH Wolfgang humbucker at the bridge and a Seymour Duncan SLSD-1N Li’l Screamin’ Demon single-coil at the neck. Tone-wise, the Wolfgang supplies great balance, while the single-coil offers “open tone[s]” that are a touch glassy.

Last but not least, the axe’s heavy Black Relic finish and white pickguard combine for a classic Strat-like appeal.