In celebration of its 135th anniversary, Gretsch is putting out two fully hollow guitars: the G6118T-135 and G5420TG Electromatic. 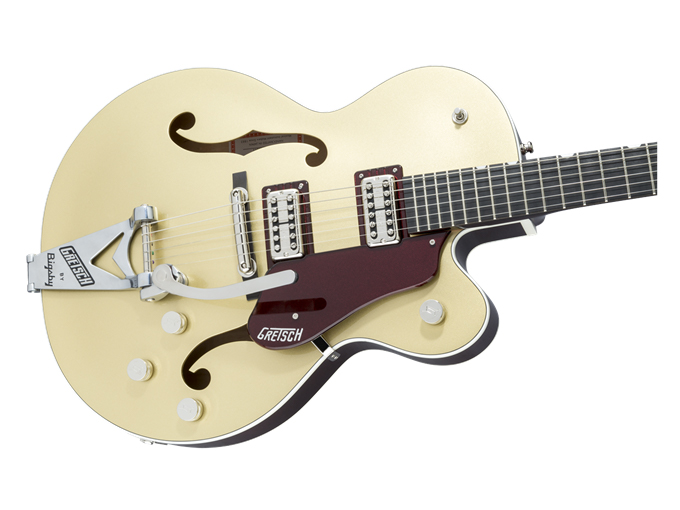 To commemorate a remarkable 135 years of creating iconic guitars, Gretsch has unveiled a pair of new, limited edition models. The G6118T-135 and G5420TG Electromatic 135th Anniversary guitars boast a range of premium appointments. Here’s a closer look at the duo.

This is one of those guitars that will turn heads: Its two-tone Casino Gold/Dark Cherry Metallic finish looks good enough to lick, and it’s topped with a matching pickguard, too. But, in this Japan-made instrument’s case, beauty isn’t only skin deep. High Sensitive Filter’Tron pickups for that quintessential Gretsch sound, ’59 trestle bracings, a string-through Bigsby vibrato system, and a treble-bleed circuit on the master volume are just a few of its other highlights.

Looks-wise, this Korea-made Electromatic is an inverse of the G6118T-135—it has a two-tone Dark Cherry Metallic/Casino Gold finish, and gold hardware all around. Its other specifications, however, are more befitting of its lower price tag. Like Black Top Filter’Tron pickups, a B60 Bigsby vibrato tailpiece, a more modest bracing system and a compressed ebony fretboard.