Joe Bonamassa and others react to Gibson’s new CEO announcement 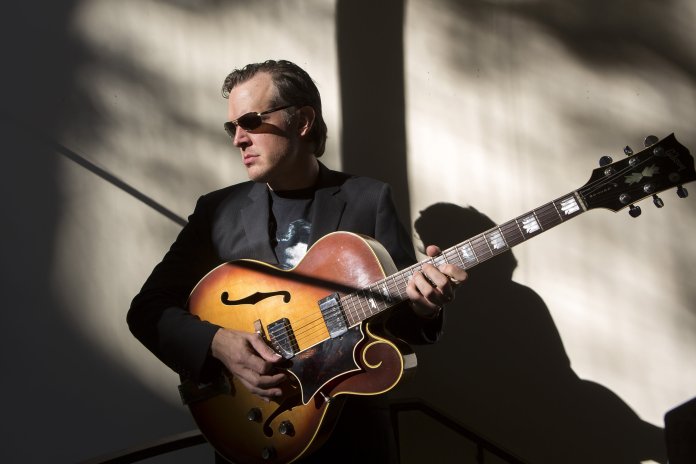 Joe Bonamassa and other figures in the guitar industry have shared their thoughts on the news that former Levi’s boss JC Curleigh will be the man to succeed Henry Juszkiewicz as the CEO of Gibson.

Bonamassa, who is one of Gibson’s most important signature artists and a dedicated collector of the company’s guitars, has given his stamp of approval to Curleigh and the new management team.

“Gibson is an iconic brand of musical instruments that have been played, collected and celebrated by generations of musicians of all styles,” he said in a statement. “Some of the greatest music of the 20th century was written and recorded on a Gibson instrument. The fact that the new management team is filled with music and guitar enthusiasts is critical because the value of Gibson as a brand is based as much on quality musical instruments as it is on pure passion for the instruments themselves.”

Bonamassa went on to reiterate his commitment to working with Gibson, stating that, “I wish everyone at Gibson great success and look forward to expanding my collaboration with the company.”

It’s not just Bonamassa who has been giving their verdict on the appointment of the guitar-loving Curleigh to Gibson’s top job, however.

“I work in the industry. I want the great brands making great stuff. It’s important to me that these manufacturers flourish and continue to make great products for the next generation to pick them up, play with them and fall in love with them,” Agnesi said in a statement. “I think new leadership is going to be like a breath of fresh air in Gibson and I’m excited for what’s to come.”

On the other side of the USA, in Miami’s trendy Wynwood Arts District, Bill Goldstein – founder of achingly hip vintage guitars and cars emporium Walt Grace Vintage – was another to give his stamp of approval to the new regime, and the positive signals that the new guitar player-heavy leadership team is sending out.

“Gibson is not just a guitar brand – it’s part of the threads of America, and really, people in general,” Goldstein affirmed. “I’m really excited to see the brand refocus on its roots – which, simply put, is building guitars that will inspire future generations of guitar players the way it did for me and countless others.”

Time will tell if JC Curleigh and his new team at Gibson will meet the expectations of its millions of fans all over the world, but the instant reaction has certainly been a positive one.