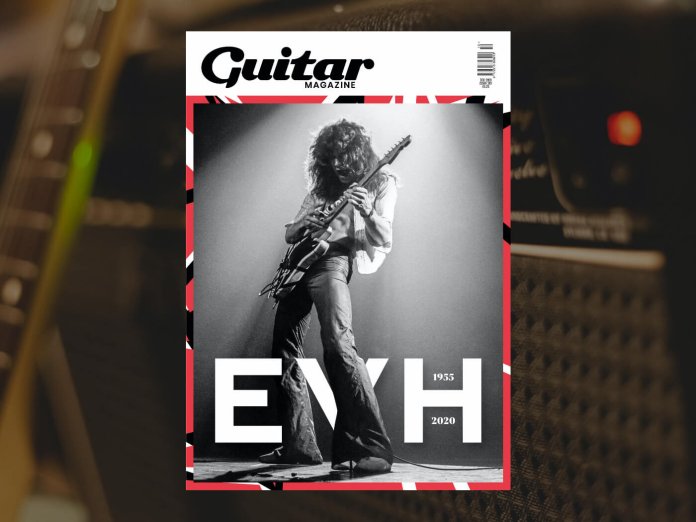 There’s no question that Eddie Van Halen was one of the Mount Rushmore figures of the electric guitar. Like Jimi Hendrix before him, EVH reimagined what it was possible to achieve with six strings, a whammy bar and magnetic pickups. And he didn’t just change the way people played the instrument or the tones they chased – Eddie Van Halen changed the way people designed and built guitars and amplifiers too. In this issue, we celebrate the life, the legacy and the career highlights of one of the greatest of all time.

Elsewhere, we sit down with Joe Bonamassa and Bernie Marsden to lift the lid on Bernie’s contribution to Joe’s new album, recorded within the hallowed walls of Abbey Road Studios. We also find out how Les Paul connoisseur Bonamassa rates The Beast, the fabled 1959 Les Paul Standard with which Marsden wrote and recorded Whitesnake’s biggest hits. It’s an unforgettable guitar but there’s much more to Bernie’s collection than just The Beast. This month, the legendary blues-rocker also gives us a tour of the remarkable array of vintage acoustics he has accumulated over the years.

The Abbey Road connection continues as we head back to the home of the most famous pedestrian crossing in St John’s Wood to catch up with Idles, fresh from a livestreaming performance from Studio Two. The Bristol rock band’s live shows are some of the most ferocious around and they might be the only artists in the history of this magazine to arrive for a photoshoot with a guitar that was smashed earlier that day. Enjoy the issue. I’ll see you next month. 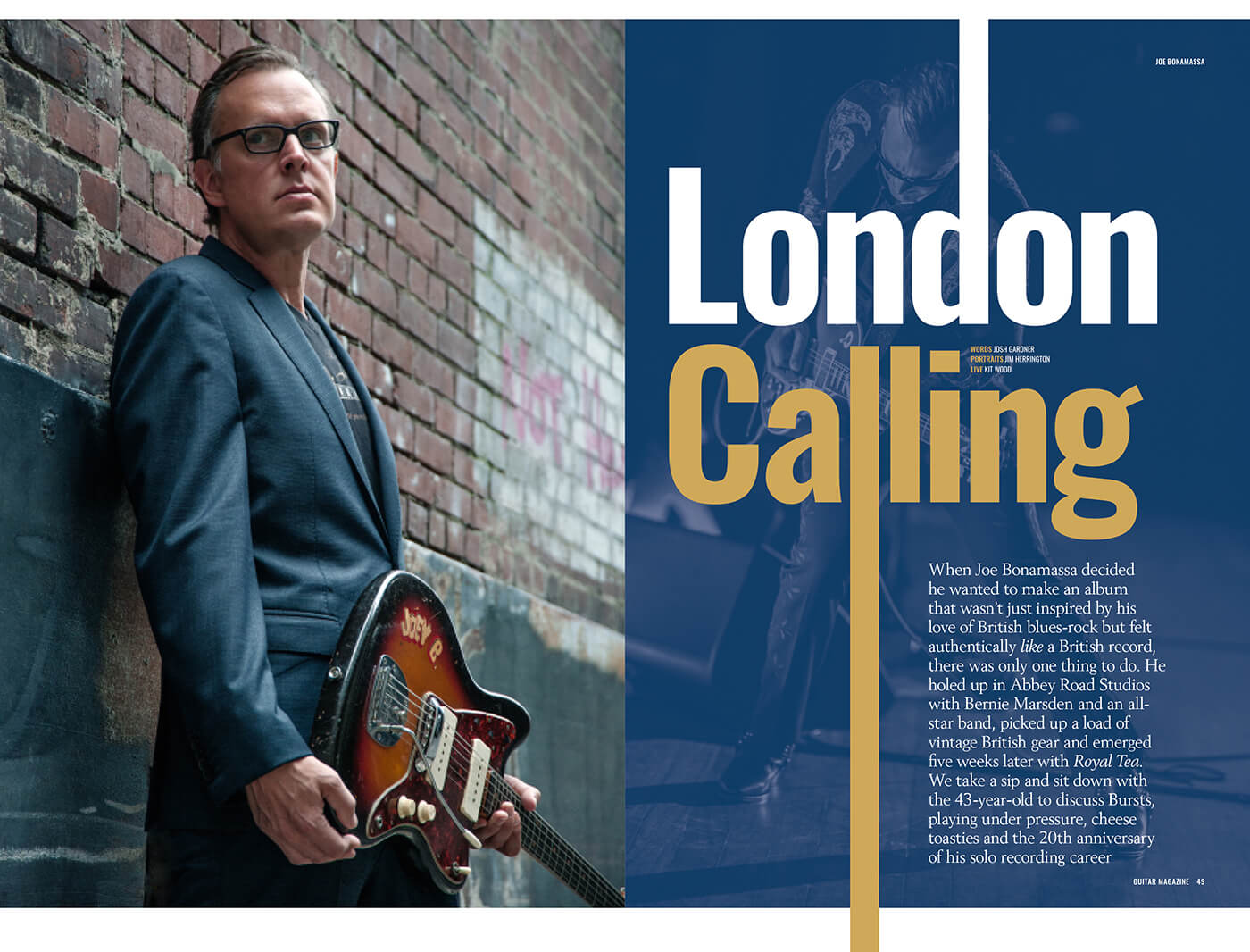 When Joe Bonamassa decided he wanted to make an album that wasn’t just inspired by his love of British blues-rock but felt authentically like a British record, there was only one thing to do. He holed up in Abbey Road Studios with Bernie Marsden and an all-star band, picked up a load of vintage British gear and emerged five weeks later with Royal Tea. We take a sip and sit down with the 43-year-old to discuss Bursts, playing under pressure, cheese toasties and the 20th anniversary of his solo recording career. 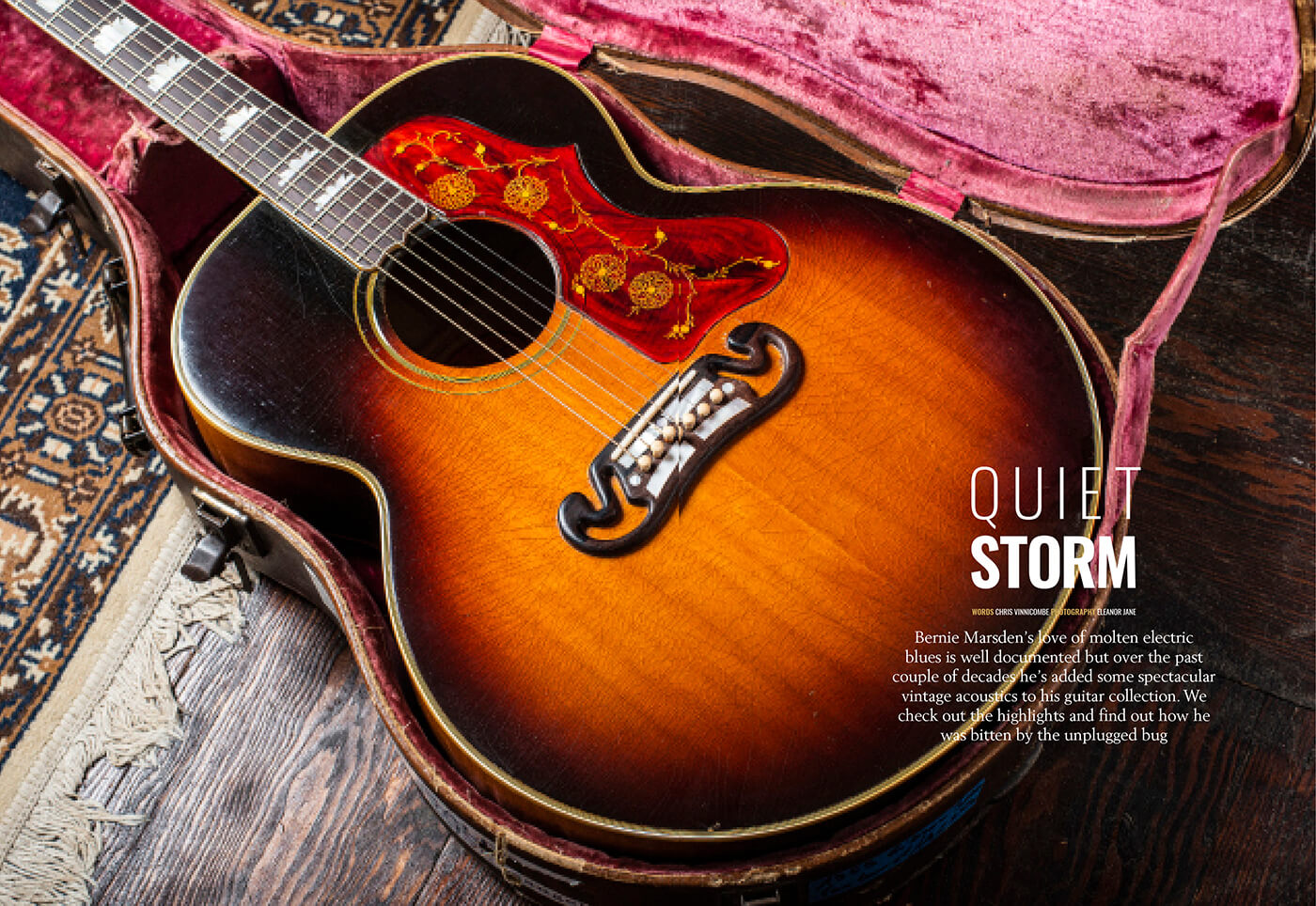 Bernie Marsden’s love of molten electric blues is well documented but over the past couple of decades he’s added some spectacular vintage acoustics to his guitar collection. We check out the highlights and find out how he was bitten by the unplugged bug.