Inside the July 2020 issue of Guitar Magazine: the origins of the Gretsch White Penguin, Phoebe Bridgers talks her sophomore album and a guide on how to build your own Klone pedal. 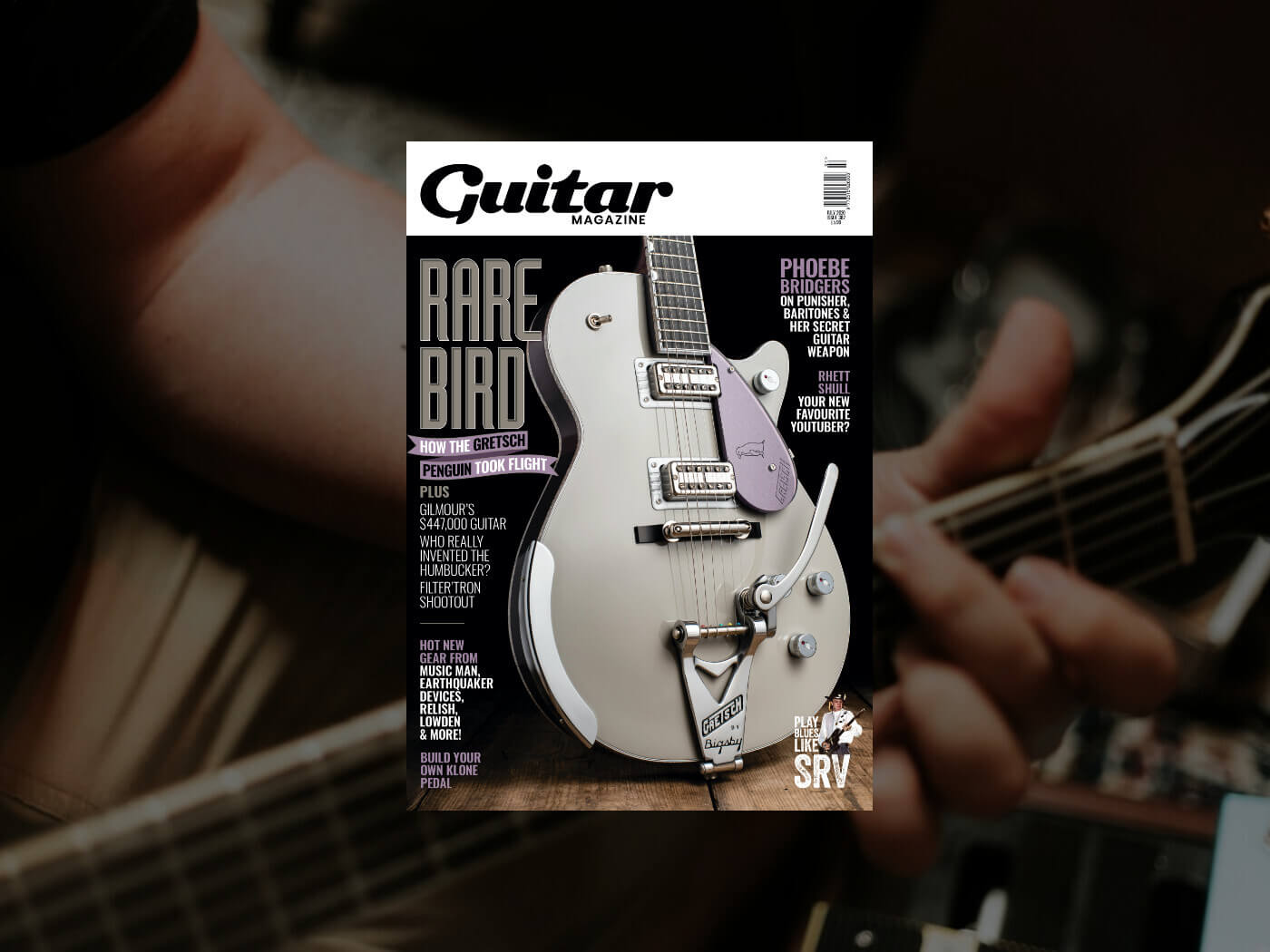 It’s been heartwarming over these past few weeks to receive letters and emails from those of you who have used the lockdown in positive and productive ways. Somehow, while juggling myriad challenges such as home-schooling, you’ve found the time to tackle partscaster builds, complete recording projects, master tricky guitar parts that have long proved elusive, and much more.

I’ve also witnessed remarkable dedication from the members of the Guitar.com team, all of whom have kept the wheels turning despite working entirely from home for months on end and in far-flung corners of the globe. Why? Because we all love guitar – and when energy, ingenuity and an obsession with the subject matter collide, the resulting force is pretty much unstoppable.

Just ask Ray Butts, whose inventions in the 1950s changed the sound of popular music forever. The late trailblazer’s innovations can still be heard every day on breathtaking recordings that stop listeners in their tracks – and he might even have invented the humbucking pickup for guitar before Seth Lover designed the PAF. Find out more as we dig deeper into the Ray Butts archive for the second instalment of our Maker’s Marks series.

Elsewhere in this month’s magazine, we look at new gear from brands such as EarthQuaker Devices and Relish, whose products are enabling artists to change the musical landscape of today. We also catch up with Phoebe Bridgers on the eve of the LA singer-songwriter’s extraordinary new album Punisher, and find out where it all began for acclaimed boutique luthier Doug Kauer. And, if you’re still looking for a DIY project to sink your teeth into over the coming weeks, start heating up your soldering iron and learn how to build your very own Klone pedal. See you next time. 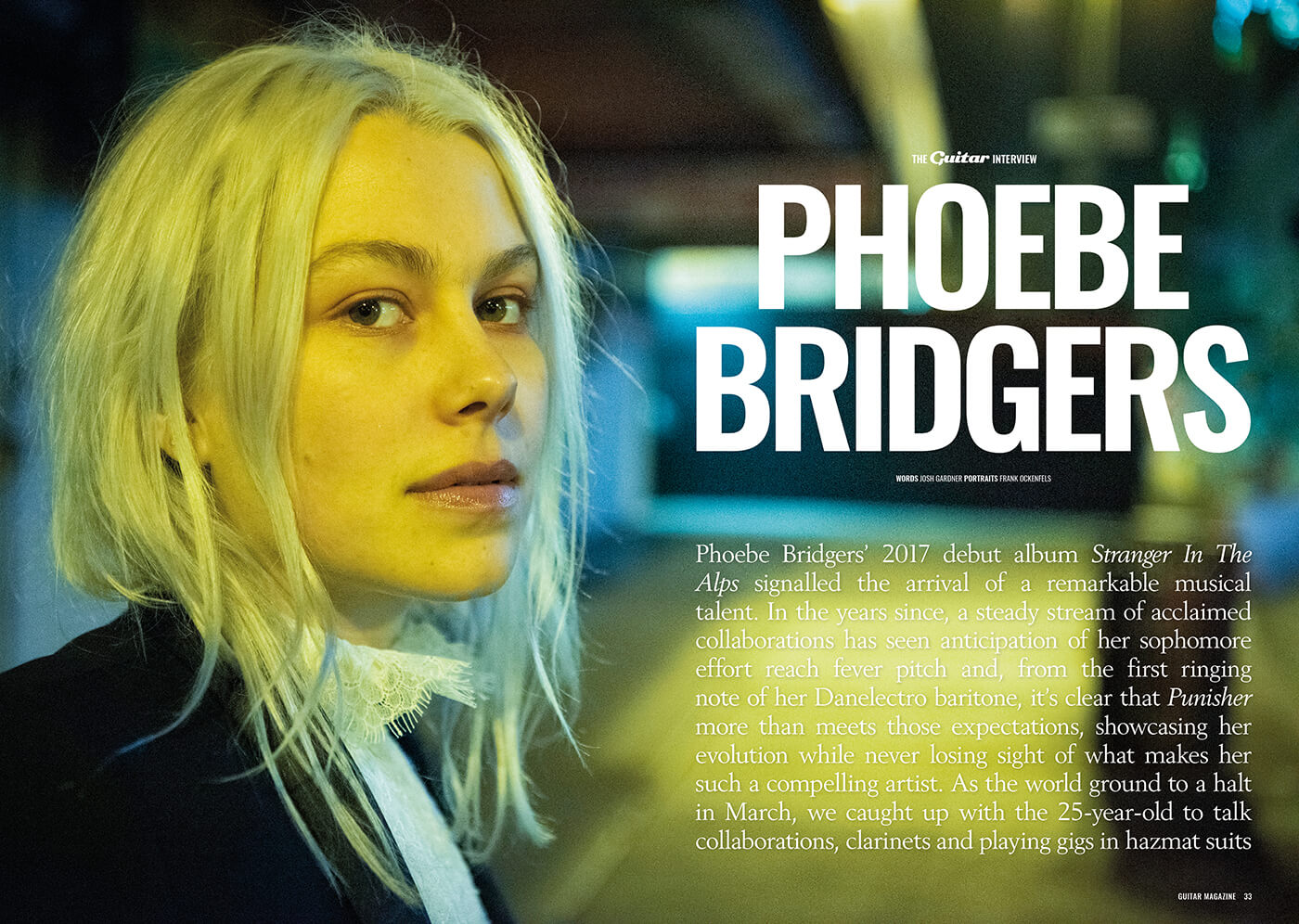 Phoebe Bridgers’ 2017 debut album Stranger In The Alps signalled the arrival of a remarkable musical talent. In the years since, a steady stream of acclaimed collaborations has seen anticipation of her sophomore effort reach fever pitch and, from the first ringing note of her Danelectro baritone, it’s clear that Punisher more than meets those expectations, showcasing her evolution while never losing sight of what makes her such a compelling artist. As the world ground to a halt in March, we caught up with the 25-year-old to talk collaborations, clarinets and playing gigs in hazmat suits. 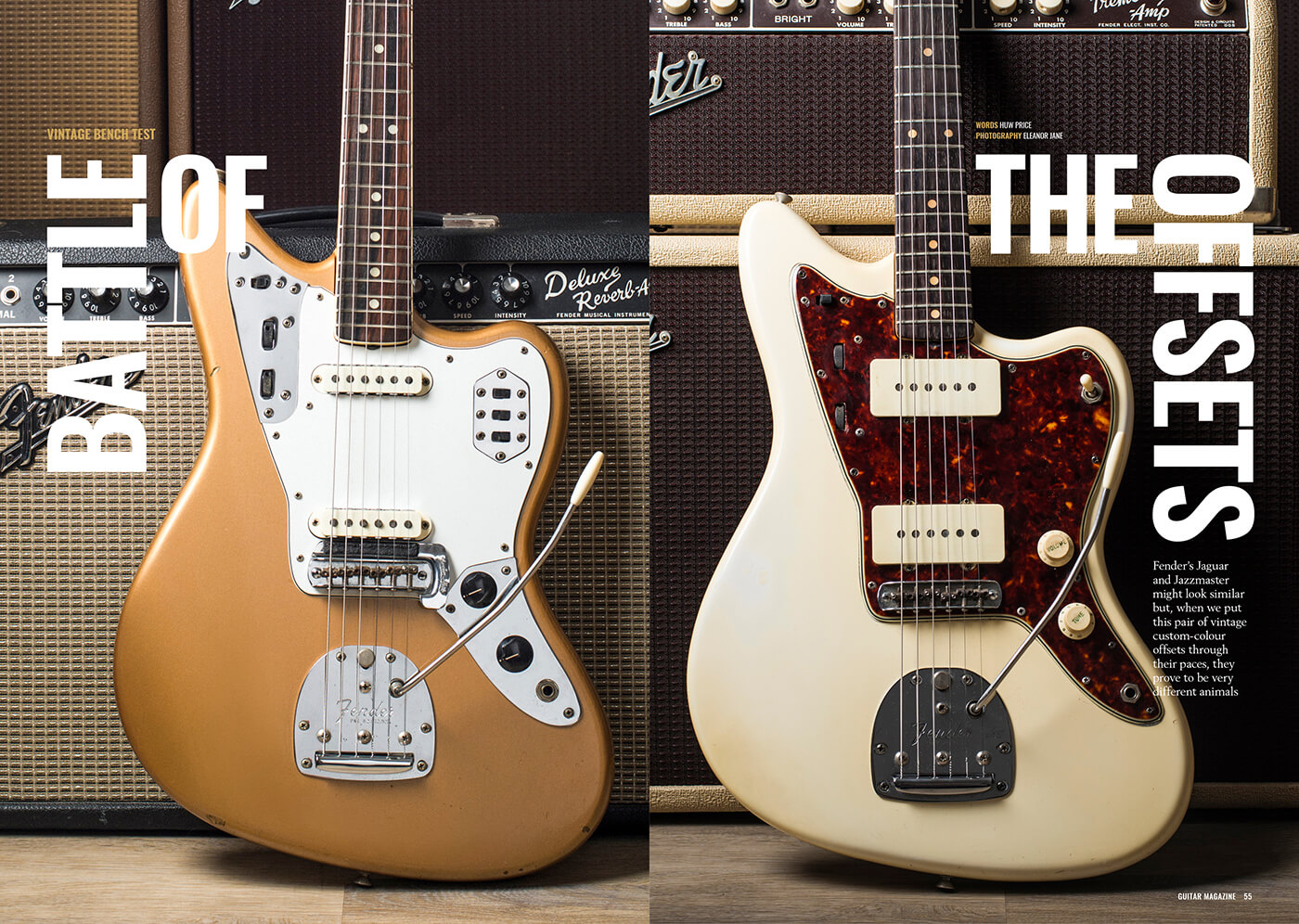 Fender’s Jaguar and Jazzmaster might look similar but, when we put this pair of vintage custom-colour offsets through their paces, they prove to be very different animals.