In this issue: St. Vincent finds an alternative to distortion, The Pretenders' James Walbourne takes us through his guitar collection, and Huw Price reveals the dos and don'ts of buying vintage Strats. 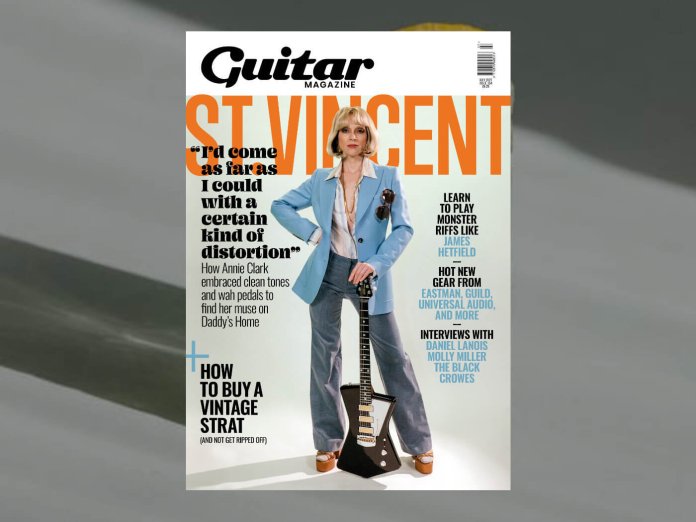 Welcome to this month’s issue, in which we celebrate the triumphant return of Annie Clark aka St Vincent. There’s plenty to discuss. In addition to the eclectic 1970s stylings of new LP Daddy’s Home, there’s also the matter of a fabulous new version of Clark’s signature Ernie Ball Music Man electric. How do you make one of the coolest signature guitars on Earth even cooler? Stick a trio of gold foil pickups in it, of course.

Other than a few Les Pauls, I don’t think I’ve ever owned any other signature guitars. But I’ve certainly played plenty that I’ve found appealing. Top of the heap for me is a model that was never made in any great numbers: the Gibson Luther Dickinson ES-335.

Manufactured at the now-defunct Gibson Memphis facility in 2013-14, it was very much a best-of-both-worlds proposition that combined the centre-block and superior upper-fret access of an ES-335 with the low-wind dogear P-90s of an old ES-330. Throw in a late 50s neck profile and a Bigsby B7 and the North Mississippi Allstars guitarist’s signature instrument was close to being a desert island guitar for me too. You’d need electricity, of course, but what’s a hypothetical uninhabited island without mains power, a tweed Deluxe and a spring reverb tank?

A panel of our contributors and team members pick their favourite signature instruments overleaf – write in and let us know which model you’d choose if money were no object. Enjoy the rest of the issue and I’ll see you next month. 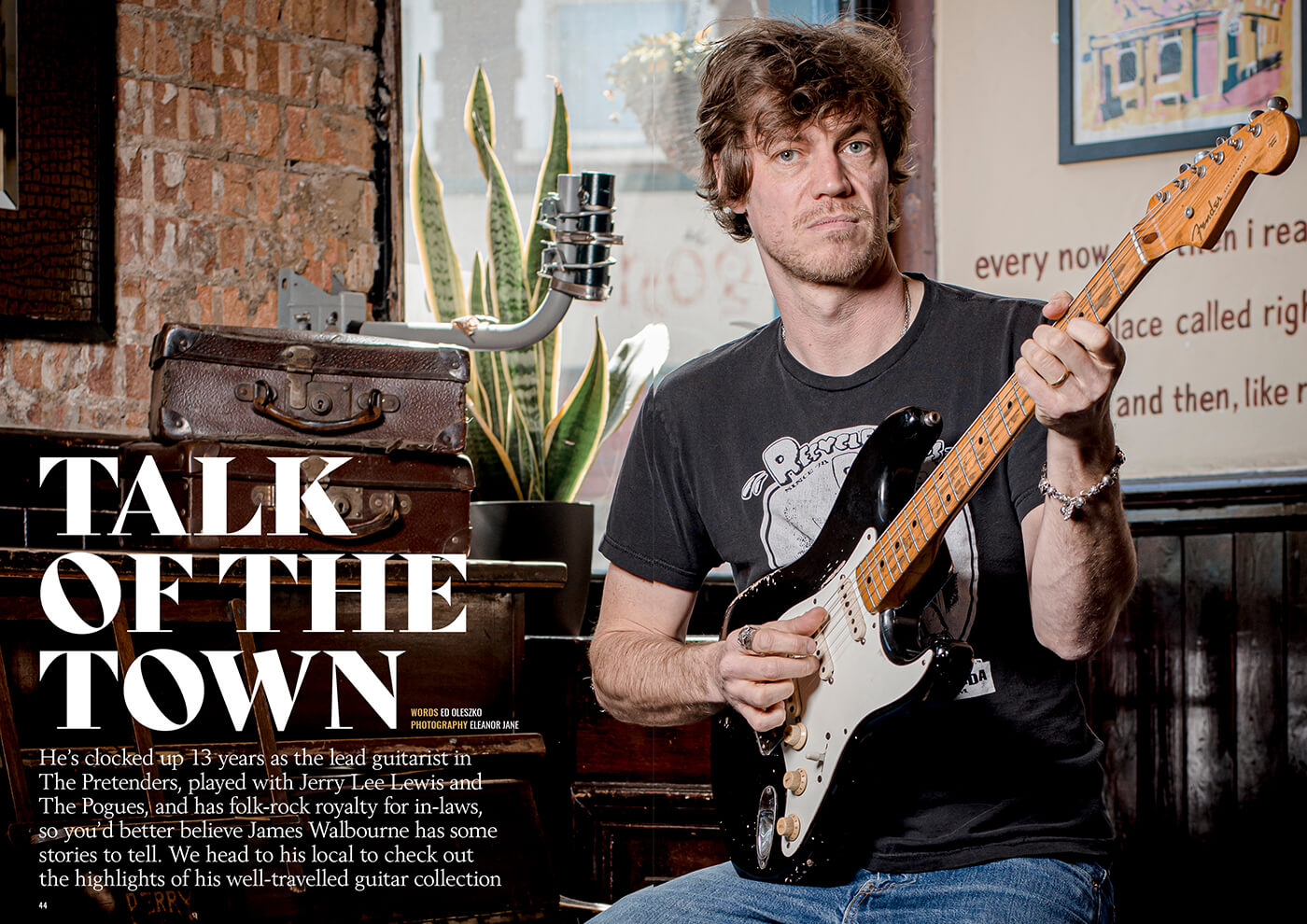 He’s clocked up 13 years as the lead guitarist in The Pretenders, played with Jerry Lee Lewis and The Pogues, and has folk-rock royalty for in-laws, so you’d better believe James Walbourne has some stories to tell. We head to his local to check out the highlights of his well-travelled guitar collection. 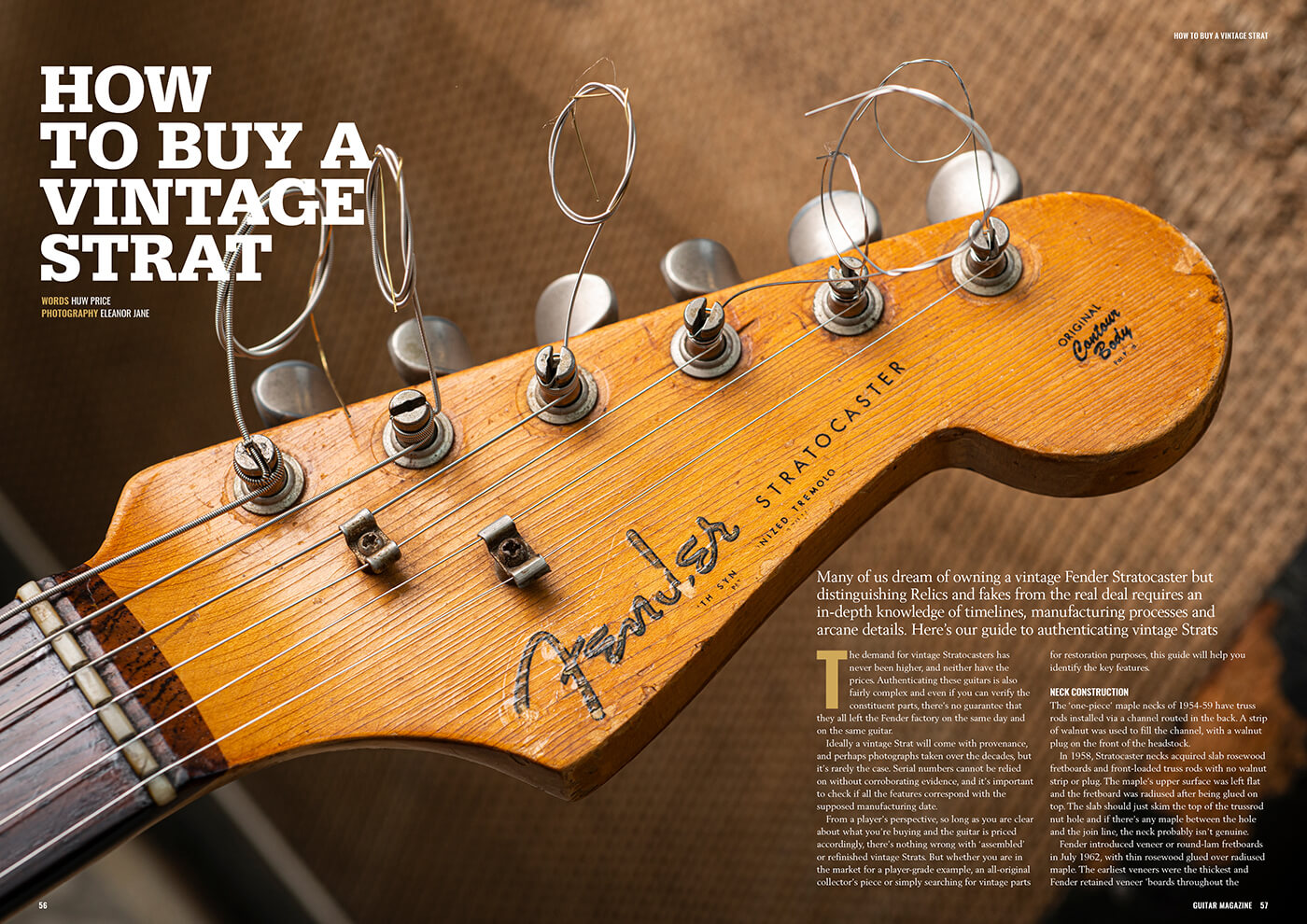 Many of us dream of owning a vintage Fender Stratocaster but distinguishing Relics and fakes from the real deal requires an in-depth knowledge of timelines, manufacturing processes and arcane details. Here’s our guide to authenticating vintage Strats.