The new guitars come in a variety of pickup configurations and majestic finishes. 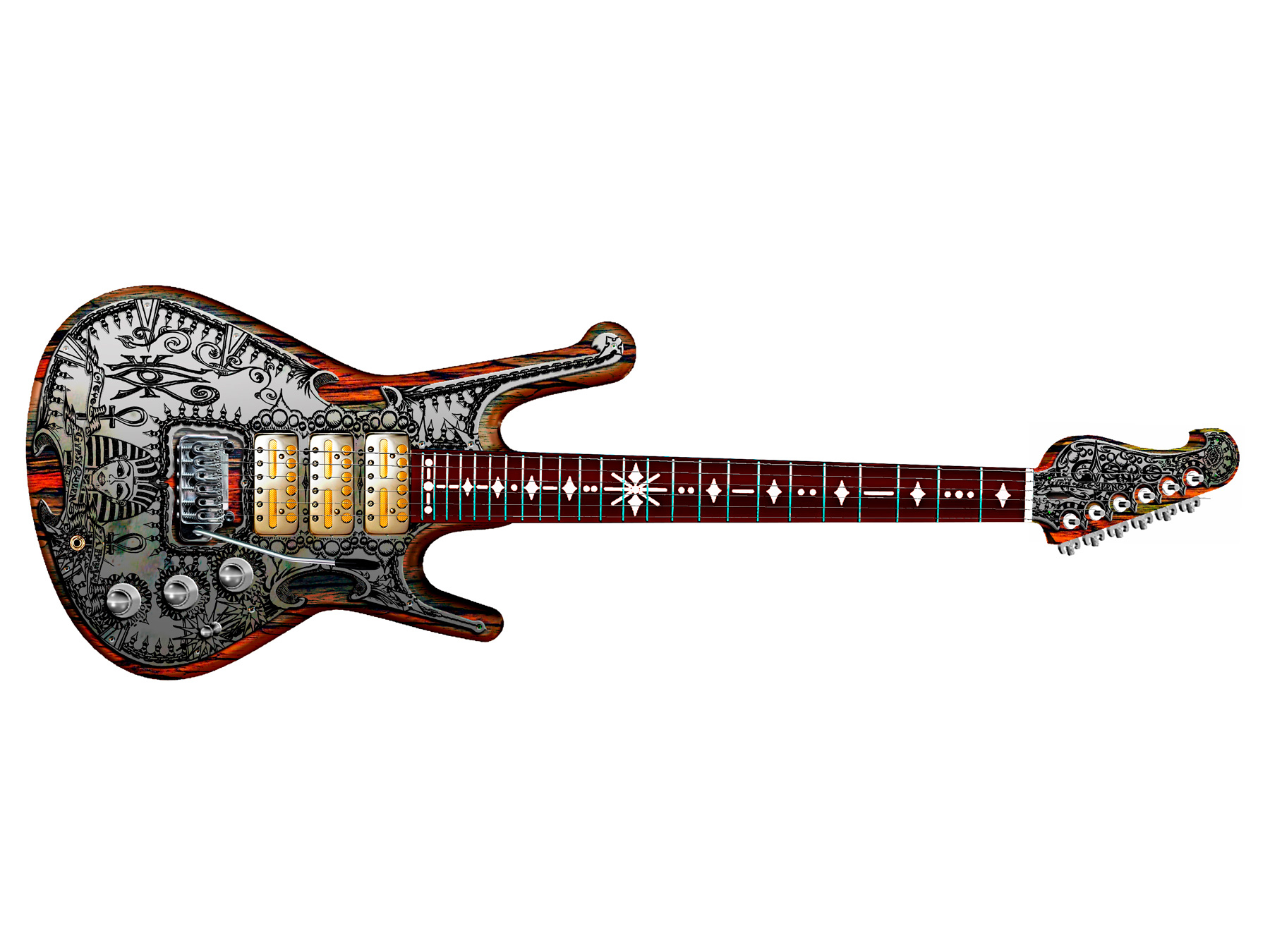 The Gypsy Queen with Lollar Gold Foils and Pharaoh artwork

The Gypsy Queen may just be Teye Guitars’ most exotic creation. This line of electric six-strings is quite unlike anything else out there, and the company has just announced an updated version of the series.

The most sweeping change is in the pickup configurations. Pick from three options: a trio of P-90s, three Gold Foils and four Strat-style single-coils. All pickups are by Lollar. And three new ornate, laser-etched aluminum finishes—they look more like armor—and a revised fretboard inlay design represent the major aesthetic tweaks.

Besides those, the guitars are pretty much the same as their predecessors, boasting a Spanish cedar body, a maple neck and Teyer’s proprietary MOJO electronics. The hallmark of the Gypsy Queen, besides its stunning looks, is in the headstock. Unlike on a typical six-a-side headstock, the strings here are placed in reverse: The lower strings are longer, and the higher strings are shorter.

According to Teye, there will be two more versions coming soon: one with a pair of Lollar humbuckers and another with unspecified TV Jones pickups. The company’s also working on a five-string Gypsy Queen bass as well as new versions of the Emperor line of single-cut guitars.

The new Gypsy Queen guitars will be released later this month. For more information, check out teye.com.