The April 2020 issue of Guitar Magazine is out now!

How Gibson got the Epiphone brand back together, an inside look at the collection of Nashville's hottest young gunslinger and more! 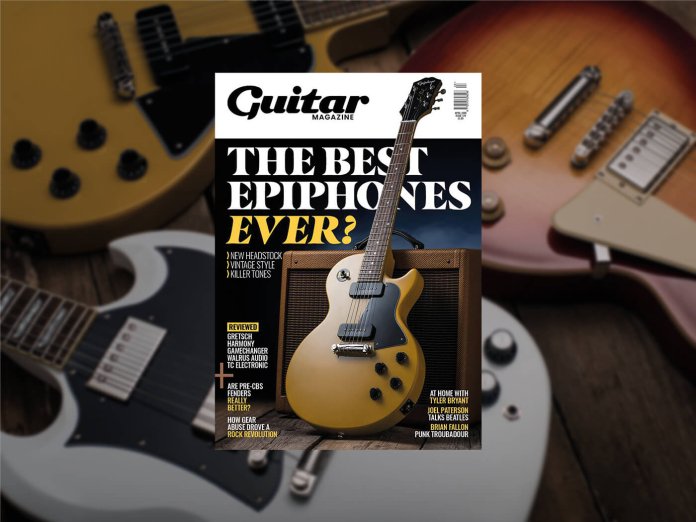 In 2020, the answer is a lot. The Epiphone Les Paul Special that graces this month’s cover – and is reviewed alongside two other Inspired By Gibson models – is one of those rare instruments that offers a supernova-sized bang for your buck. It’s also very difficult to talk yourself out of buying, even if you have other Les Pauls. Even if one or more of them is a vintage Les Paul Special. How much? Three-hundred and what?! Oh please, shut up and take my money…

Elsewhere in this month’s mag, we visit one of Nashville’s hottest young gunslingers, Tyler Bryant, to check out the tools of his trade and find out what it’s like to open for the likes of Guns N’ Roses, Aerosmith and AC/DC on some of the world’s biggest stages. We also catch up with The Gaslight Anthem frontman Brian Fallon to hear more about his widescreen new solo album, and discover why his guitar strap is getting shorter as the years roll by.

And if you’re a fan of slapback, Bigsby vibratos and monster picking, let us introduce you to your new favourite guitarist. Meet Joel Paterson – the sharp-dressed Chicago musician whose Fab Four fixation has given birth to an instrumental album that reimagines the music of The Beatles as the soundtrack to a Sterling Cooper cocktail hour.

Finally, don’t forget to head to Guitar.com and follow our socials for daily news, reviews, features, video and more from the home of all things guitar. I’ll see you next month. 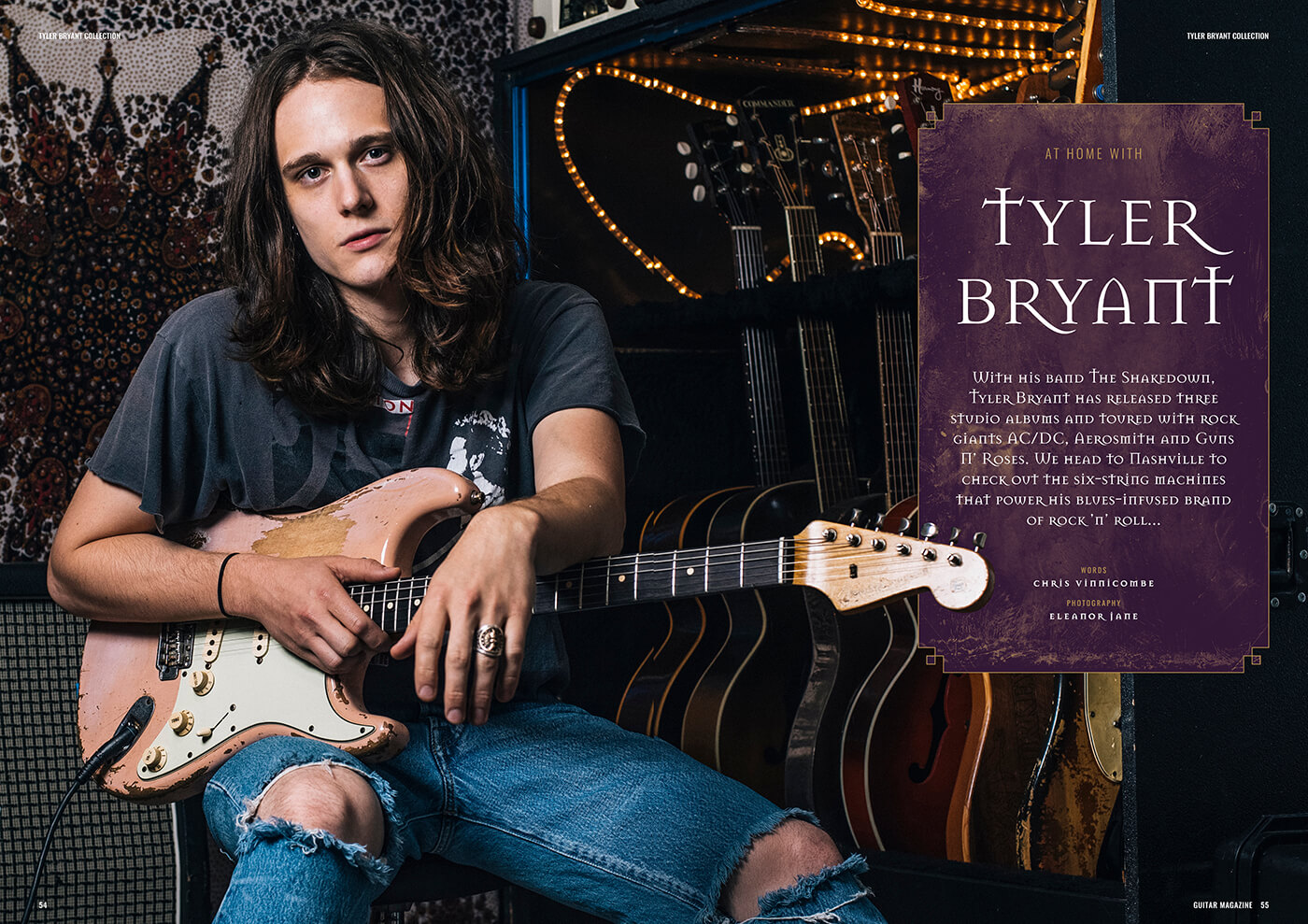 With his band The Shakedown, Tyler Bryant has released three studio albums and toured with rock giants AC/DC, Aerosmith and Guns N’ Roses. We head to Nashville to check out the six-string machines that power his blues-infused brand of rock ‘n’ roll. 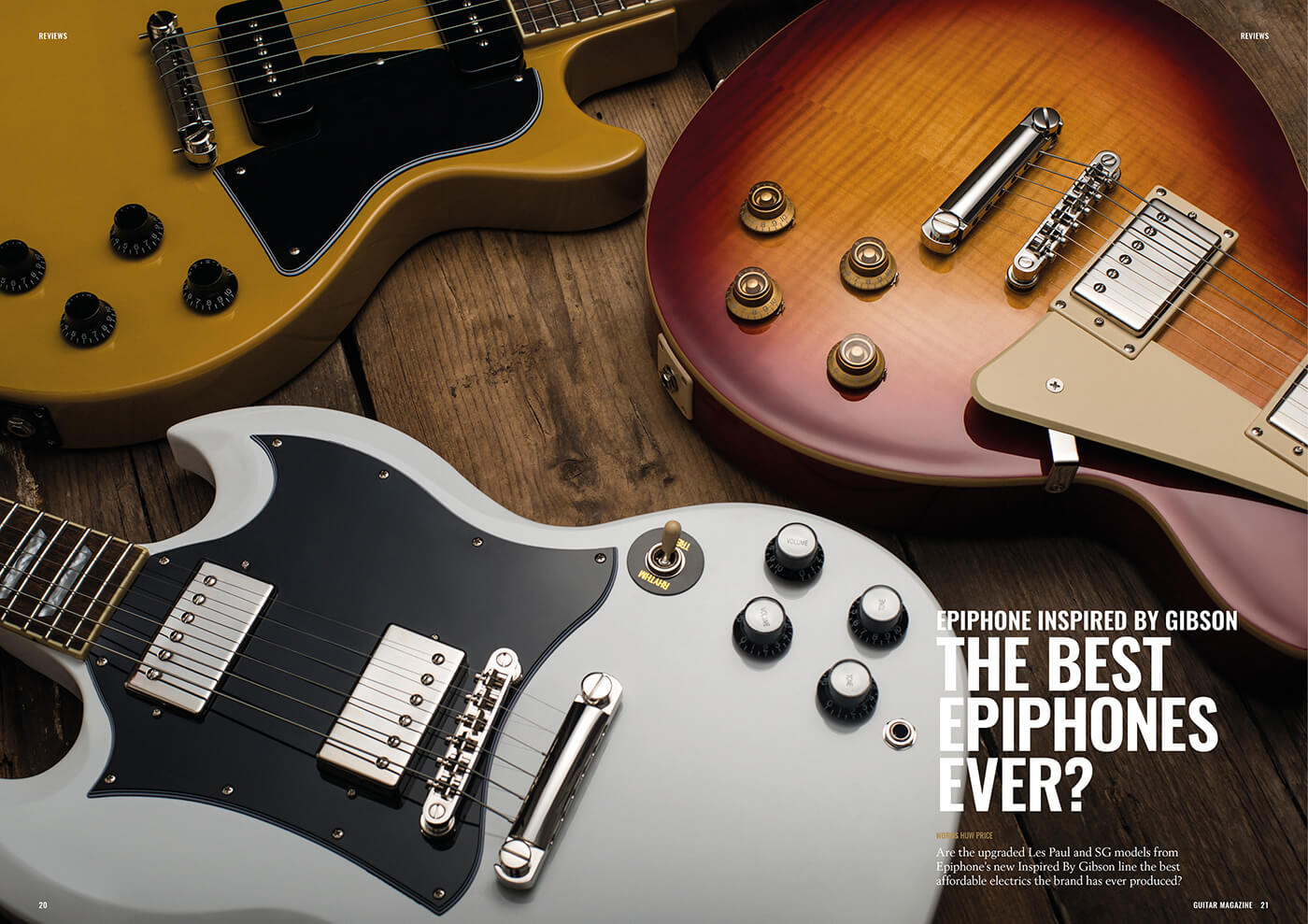