Eddie did a lot more than just “slap his name on a product and call it a day”. 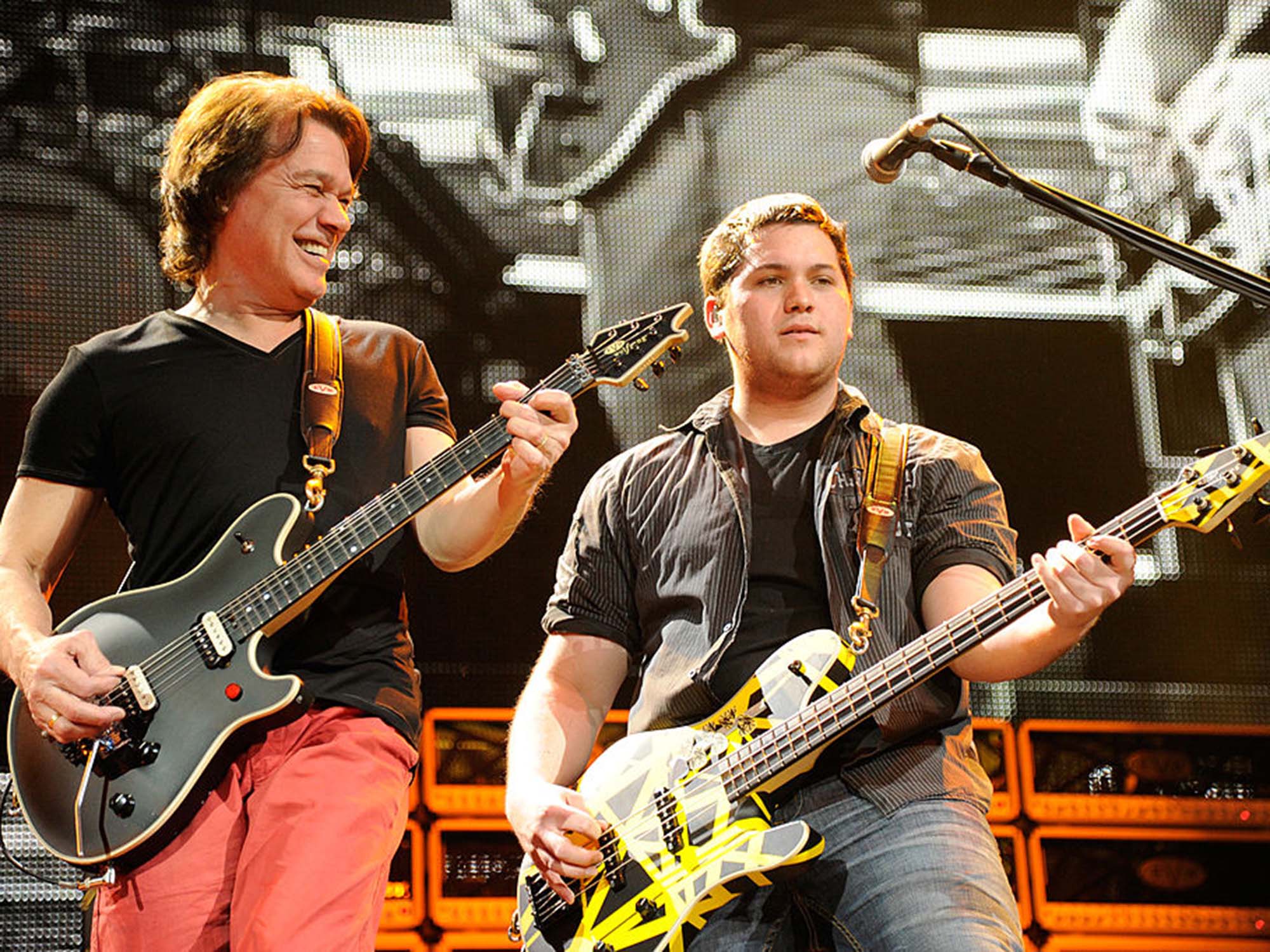 Wolfgang Van Halen, son of the late Eddie Van Halen, has spoken about the legacy of the EVH guitar and amp brand, and how involved his father was before his passing.

Speaking in the latest edition of Guitar World, Wolfgang, alongside his business partner Matt Bruck, explained how Eddie Van Halen did a lot more than just “slap his name on a product and call it a day”.

“That’s the thing about my dad,” says Van Halen. “He never half-assed anything. That particularly goes for the brand.”

Bruck chimes in too, showing his support for the late guitarist. “Ed left us buckets and buckets of ideas. Some are already finished and just need a little extra tweaking to bring them along. “

“Nothing can replace having Ed here”, reflects Bruck. “But we are so fortunate for all the people involved with this brand. Everybody takes it as serious as serious gets. It’s been two years since we’ve lost Ed, we’ve worked our assess off and personally I feel that we’ve done a good job. We’ve done a job that Ed would be proud of and approve of. It’s important to have that peace within yourself”.

In other Van Halen related news, fellow guitarist Joe Satriani has explained that he turned down the job of playing the guitar for the proposed Van Halen tribute concert, because he didn’t feel like he could replace Eddie. While the event never went ahead due to scheduling issues he later admitted to the Out of The Box podcast, that he believes Wolfgang Van Halen is the only person who should decide whether an even does take place.