The guitar is not dead—it’s just evolving. 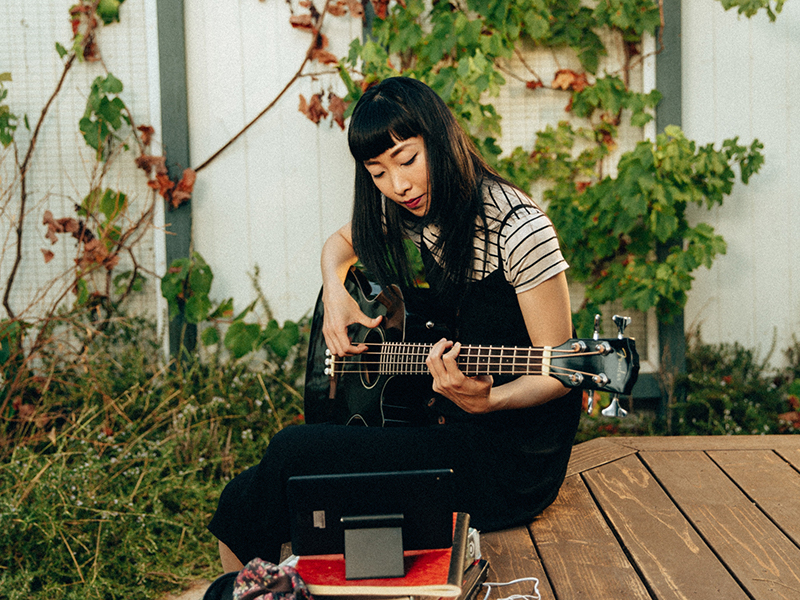 Reports of the death of the electric guitar have been greatly exaggerated. At least that’s what Fender surmised after conducting a study of guitar-playing in the US and UK.

Yesterday, the guitar titan published its findings that will have guitar devotees breathe a big sigh of relief: The electric six-string, Fender says, is not dead—just evolving. Demographics of players are shifting and becoming more diverse, aspiring guitarists look up to a whole new breed of heroes, and the way in which the instrument is played is also going through a sea change.

And whether or not you read this as a response to The Washington Post’s and Guardian’s controversial obituaries on the guitar, the fact remains that sales of fretted instruments and their related gear are up 8.9% in 2017 from the year before, according to Music Trades.

Here’s more about the findings:

More women are picking up the guitar

Part of the guitar culture’s evolution lies in the increased diversity of its players: In a recent interview with Forbes, Fender CEO Andy Mooney shared that his company’s study found 45% of the guitars they sell go to first-time players, of which half are female.

But this diversity transcends gender. In the study, the company found that both African-American and Hispanic players now make up a significant portion of new players. The former accounts for 19% of beginners, while the latter makes up 25%.

A key part in unraveling the current state of the guitar culture is understanding why players want to learn the instrument in the first place.

Fender’s study found that guitarists today are more intrinsically motivated, with 72% of respondents sharing they picked up the guitar “to gain a life skill or as a means of self-betterment.”

The heroes players try to emulate have also evolved, much like the instrument itself. “Today’s players have grown up in a different cultural context and popular music landscape, and rising artists like Mura Masa, Tash Sultana, Youngr, Daniel Caesar, Grimes and Ed Sheeran are changing the way guitar is being used,” Mooney said.

Check out more findings from the study here: 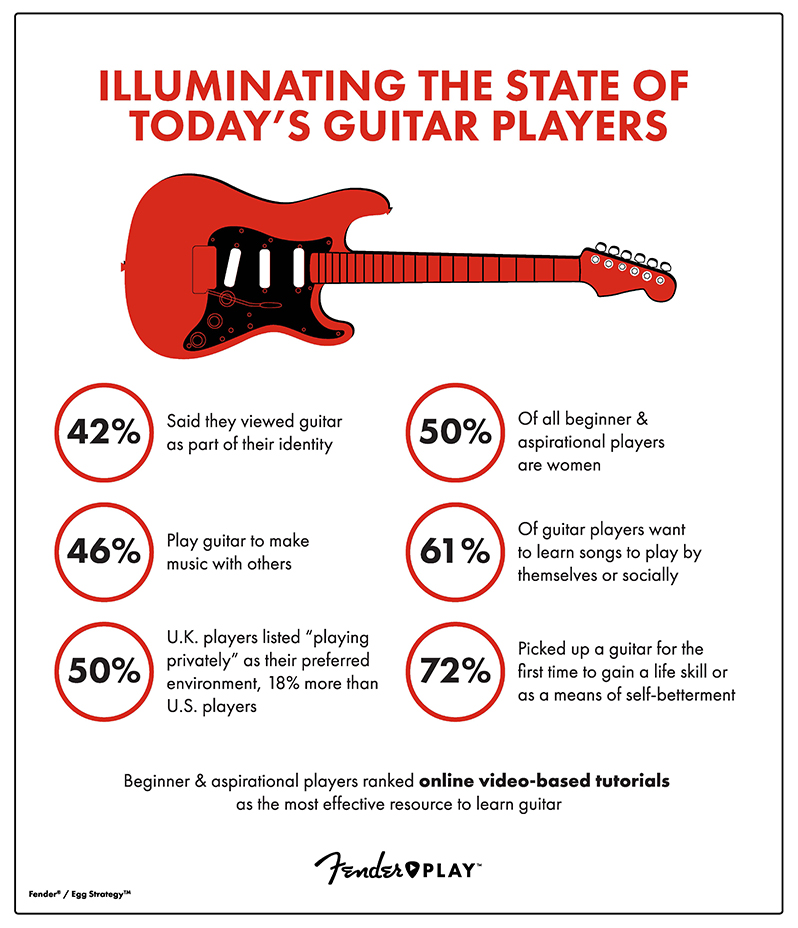