For over 15 years now, Faith Guitars has provided working musicians with reliable, intriguing acoustic-guitar models that veer away from traditional designs. As the company’s design guru Patrick James Eggle says, a Faith guitar should be “as visually effective when silent as it would be sonically when in the hands of a skilled musician”.

Both the Neptune and Venus models have won The UK’s Best Acoustic Guitar at the MIA music awards in different iterations, so there is definitely proof of concept, and this new Nexus series sits squarely in the lower-to-middle bracket of the Faith range. With their all-solid mahogany construction and unfussy appointments, the only ‘flash’ in evidence is Faith’s ‘F’ logo, inlaid at the 12th fret. 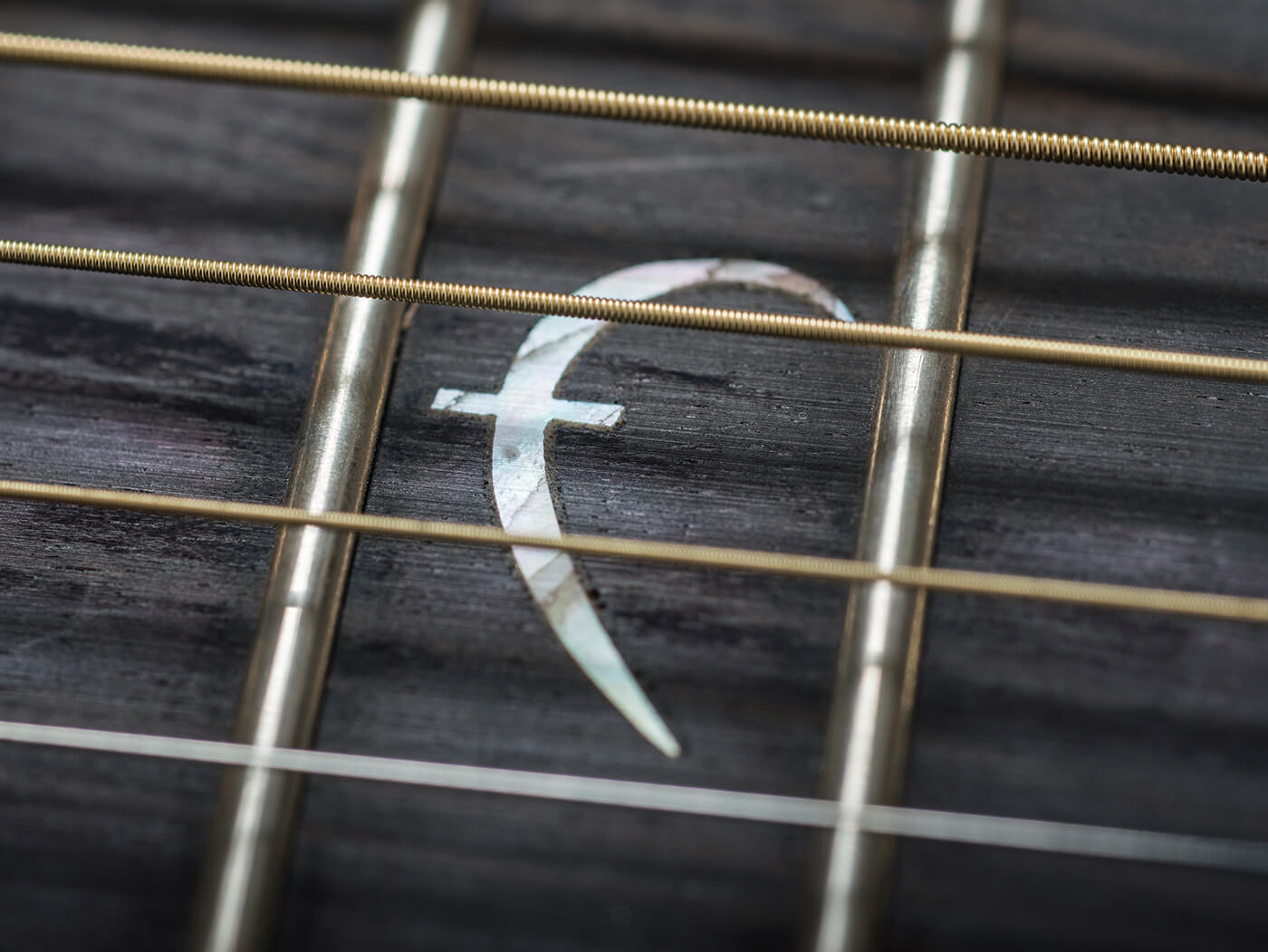 Recent socio-political developments across the globe have had a direct effect on the guitar-buying market, with the result that it’s not unusual to find a price hike of around 25 per cent on instruments from all around the world. As such, guitarists have had to adjust their expectations when it comes to buying new guitars across all price points.

There are other pressures being exerted on manufacturers, too.

First, let’s have a look at the mahogany. These days, a good set of Cuban or Honduran mahogany will cost around the same as one of these guitars. What we’re dealing with here in actual fact is not Swietenia Macrophylla but Toona Sureni – or Indonesian mahogany – a cousin of the fabled traditional tonewood. As genuine mahogany becomes increasingly scarce, guitarists are becoming accustomed to seeing woods such as sapele and khaya used in its place. We welcome the adoption of alternative, ethically sourced timbers and Faith Guitars takes pride in only using sustainable woods from FSC-certified sources. 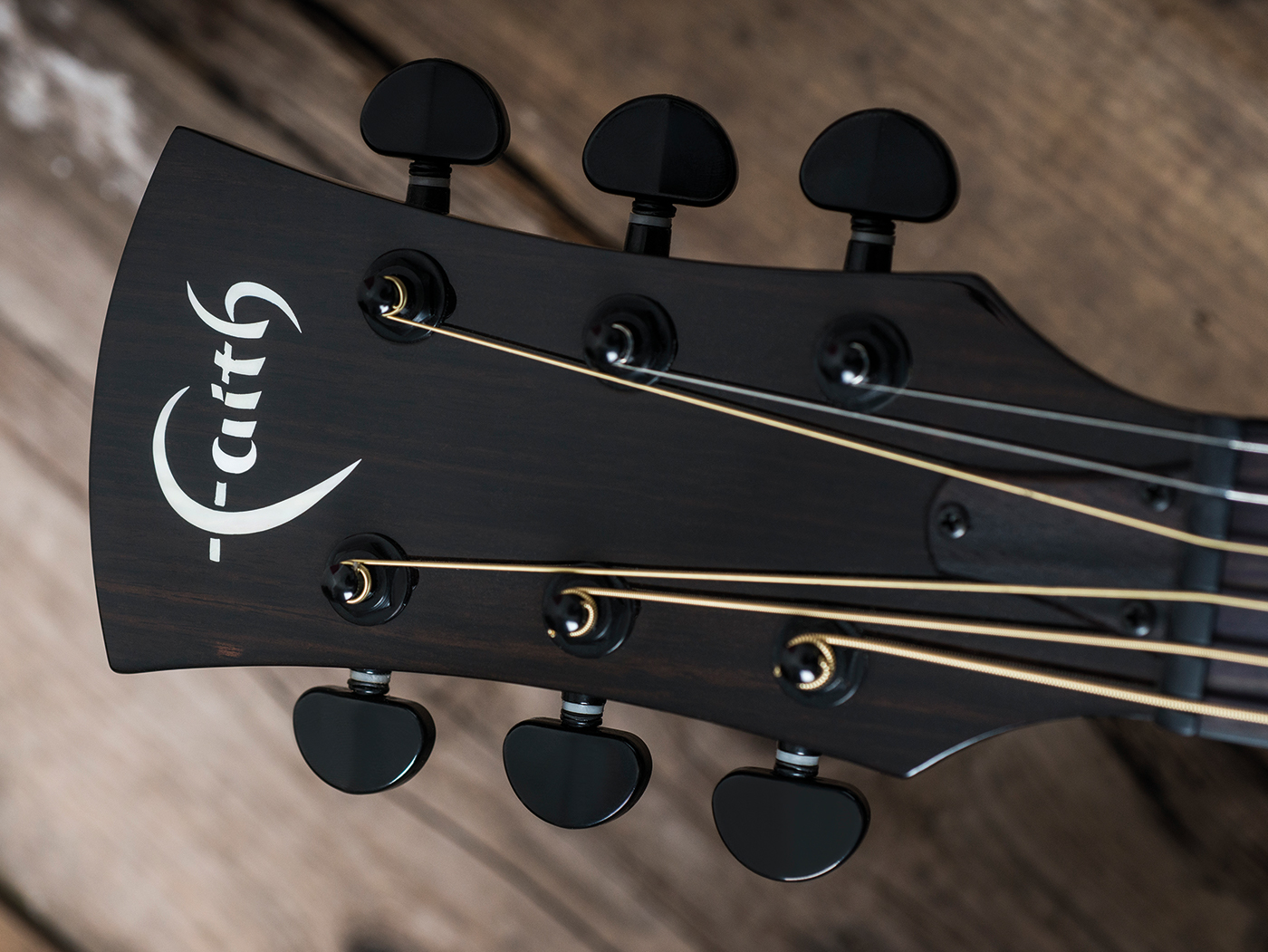 Another indication of the way the market is moving is that even at over £600, neither instrument comes with a case. Up until recently, it would not have been unreasonable to expect at the very least a gigbag of some sort to be included in the price.

Based on Patrick James Eggle’s Saluda model, Faith describes the Neptune as a ‘baby jumbo’, which makes sense, given its curvaceous shape and 16-inch lower bout. Of the two guitars on review here, the Neptune is the cheaper, no doubt due in part to its simpler electronics and the lack of cutaway. Yet with its beautiful Copper Black transparent finish and gently figured Macassar ebony fingerboard and bridge, it certainly doesn’t look like a budget instrument in any way.

When played both seated and standing, the guitar remains comfortable, although it may prove a little bulky for the smaller player. The neck fills the hand nicely all the way to the 14th-fret body join, but we find the 43mm (1.69-inch) nut width to be a little cramped for fingerstyle playing. The action could also use a tweak, as it is higher than we’d have liked. This isn’t unusual with a new instrument and can be adjusted to taste by your dealer. 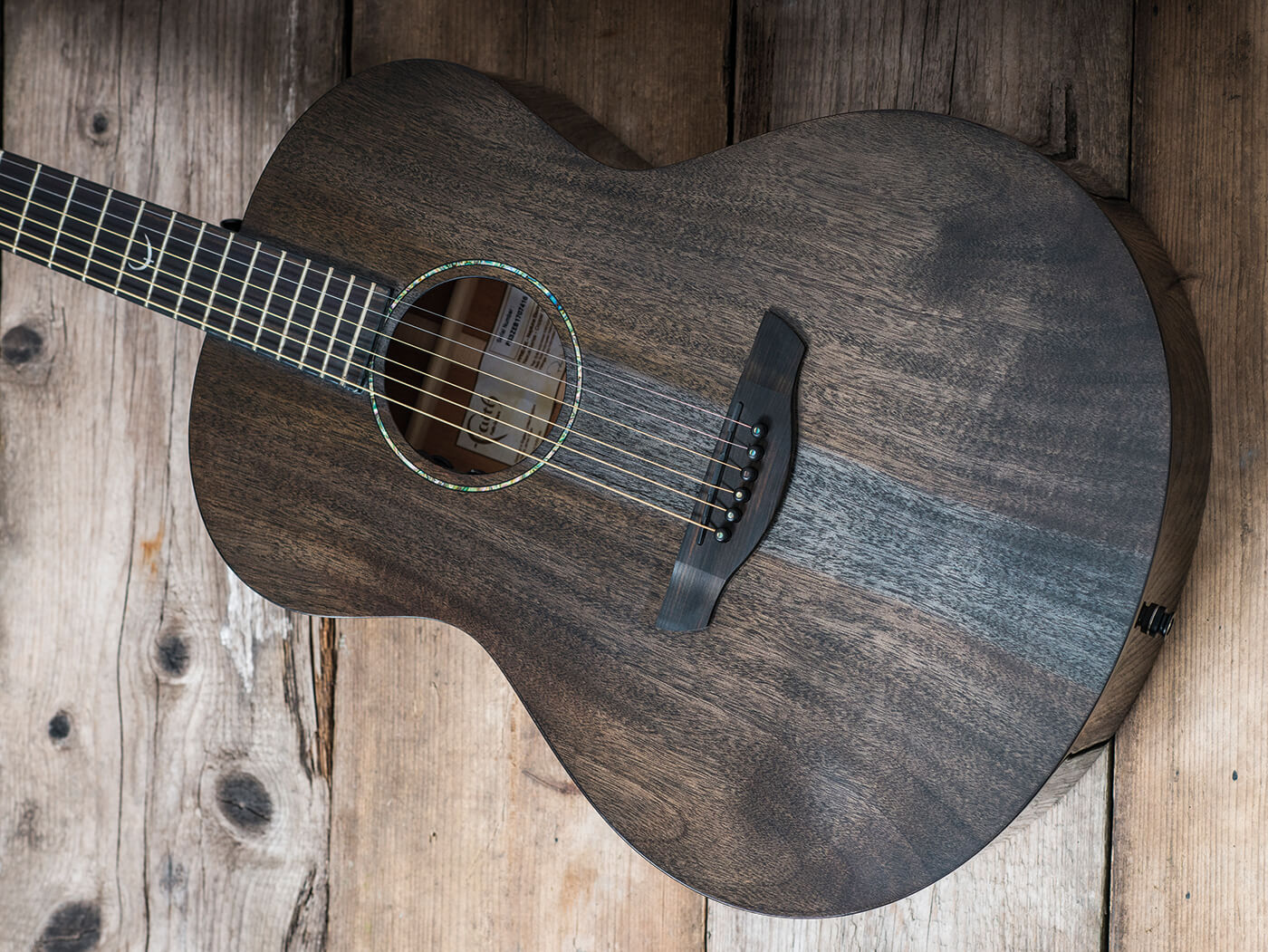 Sonically, this guitar does have some of the characteristics you might expect from an all-mahogany instrument such as the prominent midrange and pure, fundamental quality to the note. However, there’s less of the velvet-smooth treble and dry, woody bass of a truly great mahogany instrument. However, when played with a pick, the guitar wakes up and a pleasing growly low end emerges – great for blues.

This acoustic timbre translates into a punchy piezo sound when plugged in, and the soundhole-mounted electronics of the active Fishman system, though relatively unsophisticated, do allow for a degree of control over your tone. As with all such systems, however, there’s a ‘plastic’ quality to the sound which is inherent to their nature. While this may not be an issue when playing in a band, it is thrown into sharp relief in a solo fingerstyle or singer-songwriter context.

The Nexus Venus also looks the part, with a very striking Cognac finish that contrasts very nicely with the dark grain filler beneath. The colour contrast also serves to pick out the black tuners and equally black NuBone nut and saddle. One minor drawback with both guitars is that the finish is so shiny, reflections sometimes make it difficult to see the small side-marker dots. 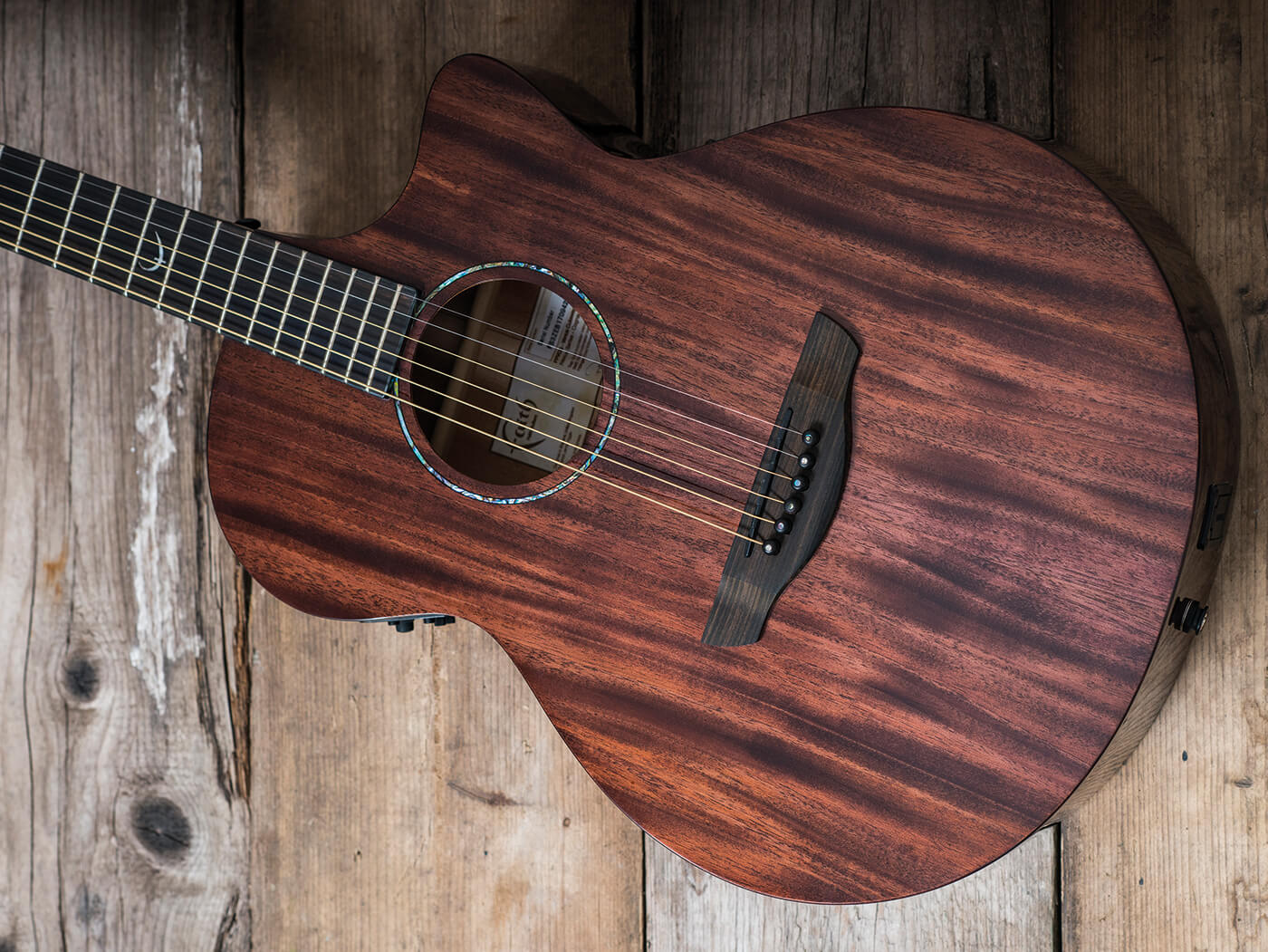 The smaller OM-style body of the Venus makes it a pleasure to hold, but sadly, also serves to compromise the bass response we find in the Neptune. While the acoustic performance may be somewhat muted when compared to its larger sister, the electronics in the Venus feature a shoulder-mounted Fishman preamp with a built-in tuner, as well tone controls and a phase switch. 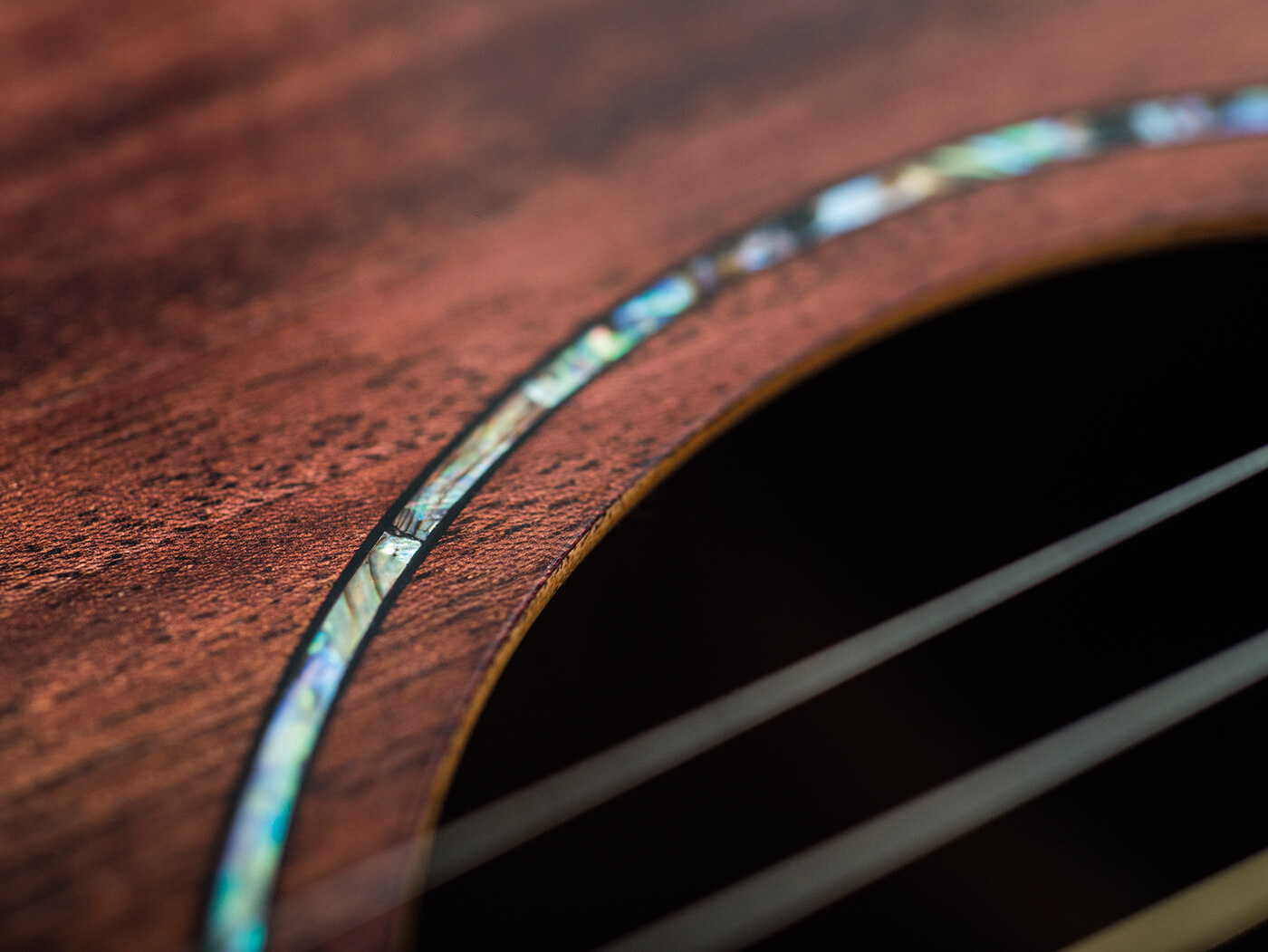 These additions, and the cutaway, make the Venus a serious contender for a stage performer shopping at this price point. Once again, the narrow nut width aims it more at strummers and flatpickers than fingerstyle players. Intonation is good on both the Venus and the Neptune thanks to a slightly wider and well-sculpted saddle, so you can make the most of the 14-fret neck and, in the case of the Venus, the Venetian cutaway. 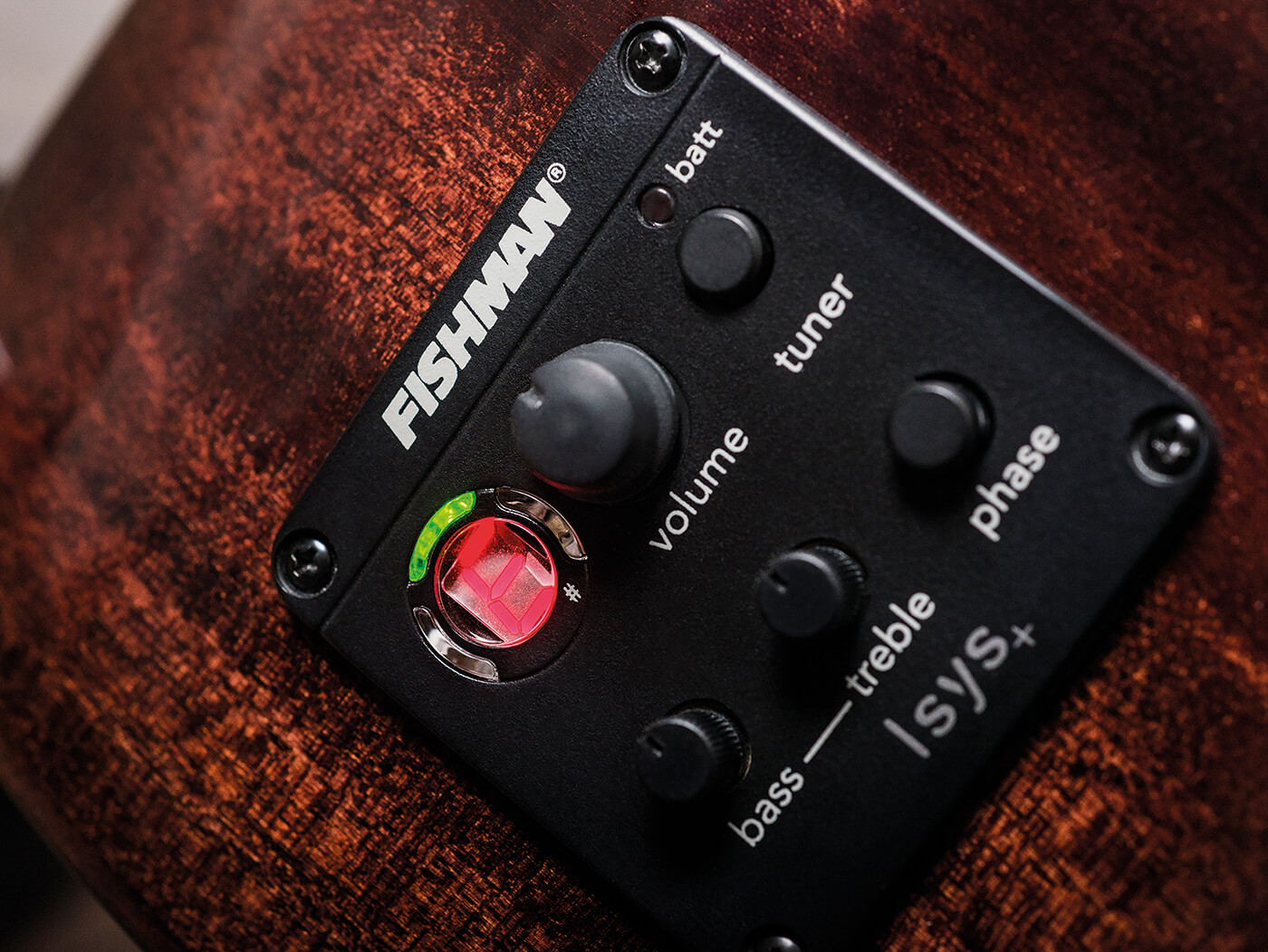 There’s a lot to like when it comes to playability of both models and what the Venus may lack in acoustic punch, it makes up for when it comes to plugged-in performance. Both instruments certainly live up to expectations concerning fit and finish at this price point, too. Faith Guitars is working hard when it comes to sustainable wood sources and ethical treatment of its workforce and to us, these considerations are worth paying that little bit extra for.