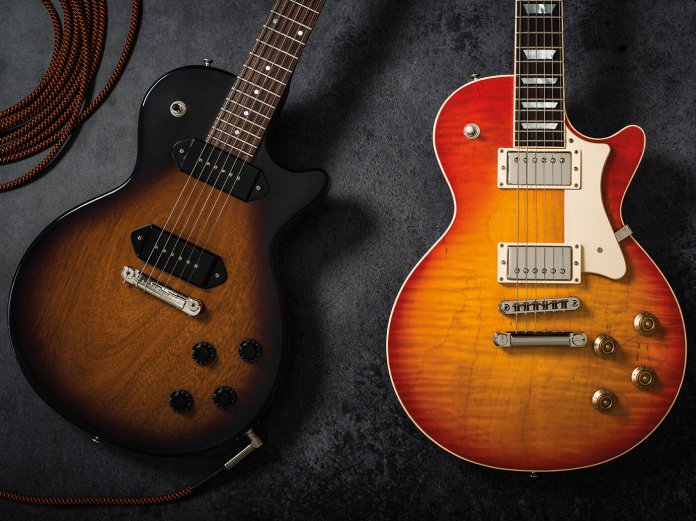 Although the events were separated by nearly three decades, there are some interesting parallels in the way that Guild and Heritage Guitars came into being. Back in 1952, when Guild was founded, it was staffed by a core of Epiphone employees who didn’t want to relocate from Queens to Philadelphia. Similarly, many experienced luthiers at the 225 Parsons Street factory in Kalamazoo, Michigan were reluctant to head south with Gibson when it moved production to Nashville, Tennessee. In 1985, a group of employees rented space at the old Gibson factory and formed Heritage to manufacture Gibson-style guitars, retaining many of the old tools and production methods.

The company pressed ahead with a small range of single-cutaway, semi-hollow and
jazzbox-style models. And, as with Guild, some now hold Heritage in higher esteem than the brand from which it originated. Fast-forward to the present, and Heritage is still building in Kalamazoo, but shipping to the world via a recent sales and marketing partnership with BandLab Technologies [Editor’s note – BandLab Technologies also owns Guitar.com and Guitar Magazine]. 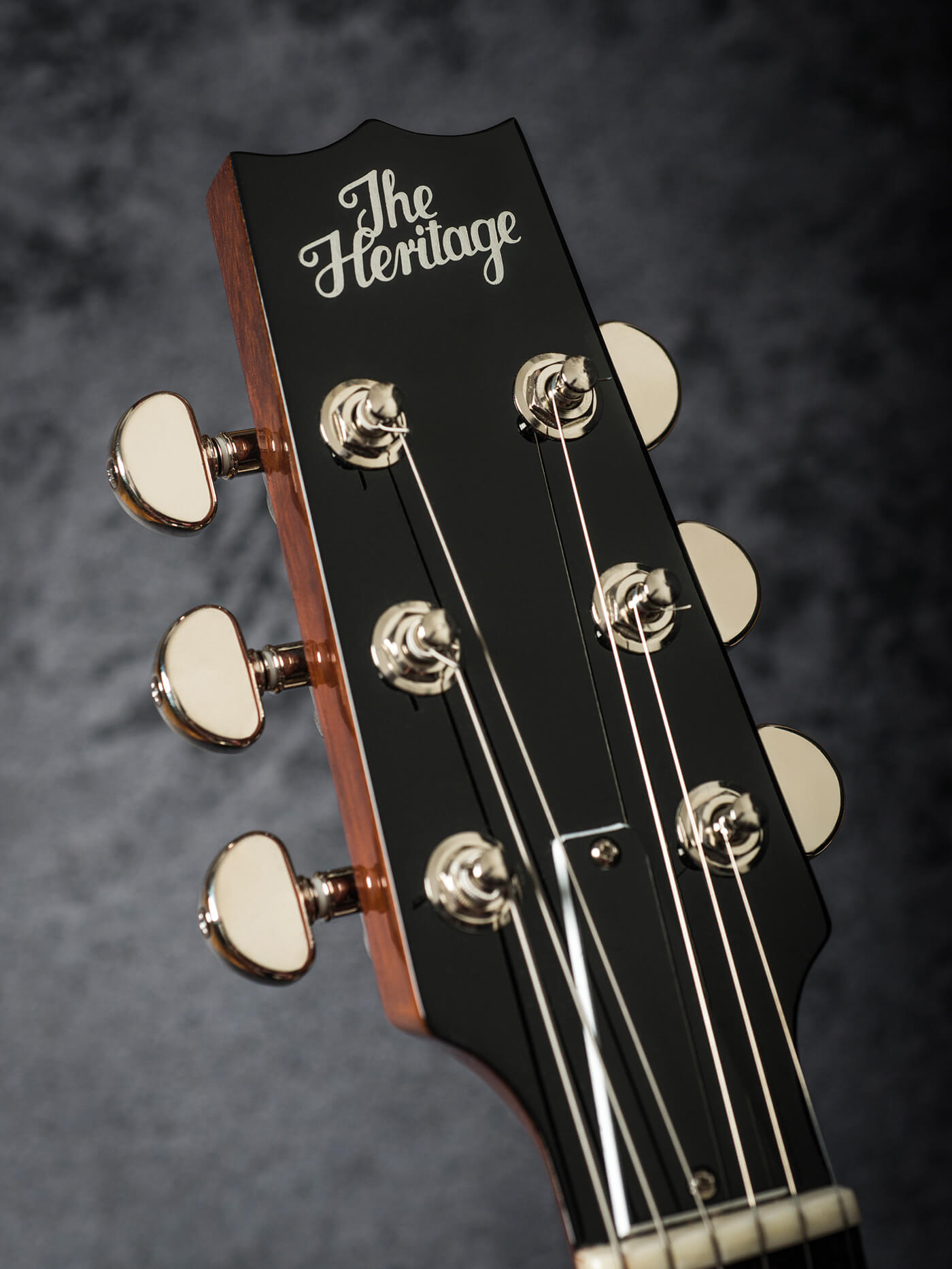 Like vintage Gibsons, Heritage guitars have a 17-degree headstock angle, but the narrow headstock means the strings follow a straighter path to the Grover tuners. It’s worth noting that on both guitars, the 12th fret is 324mm away from the nut. Heritage uses the 50s era ‘rule of 18’ to calculate the fret positions, rather than the modern ‘rule of 17.817’, and the resulting scale length is actually 24.6, rather than 24.75, inches.

One-piece mahogany bodies are combined with Indian rosewood and locally sourced figured maple, and nickel-plated hardware is used throughout. Pearl inlays are preferred to celluloid nitrate and Heritage uses nitrocellulose lacquer exclusively, while frets are dressed by the company’s in-house Plek machine. 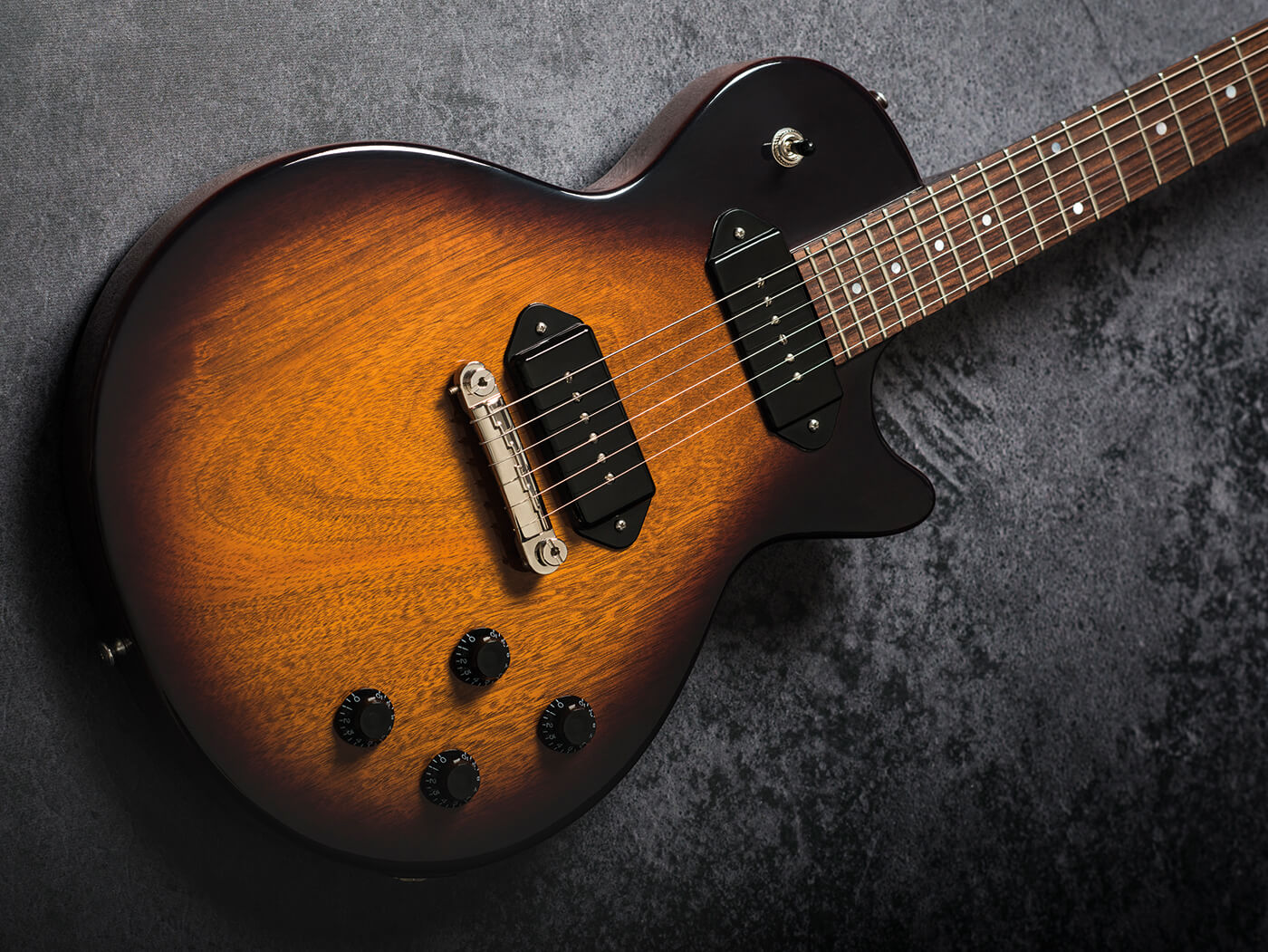 With its 1.75-inch body of tight-grained mahogany, a set one-piece mahogany neck and an unbound rosewood fingerboard, the H-137 is ‘special stuff’. The aluminium wrapover tailpiece has intonation compensation mouldings – optimised for a plain G string – and locking studs to prevent the bridge from tipping forward. A pair of Lollar P-90s combines with a conventional control layout and all-black plastics. Although the neck and back have a natural gloss finish, the front of the body has an amber tint in the centre and tobacco-brown edges form a traditional ‘teardrop’ burst. 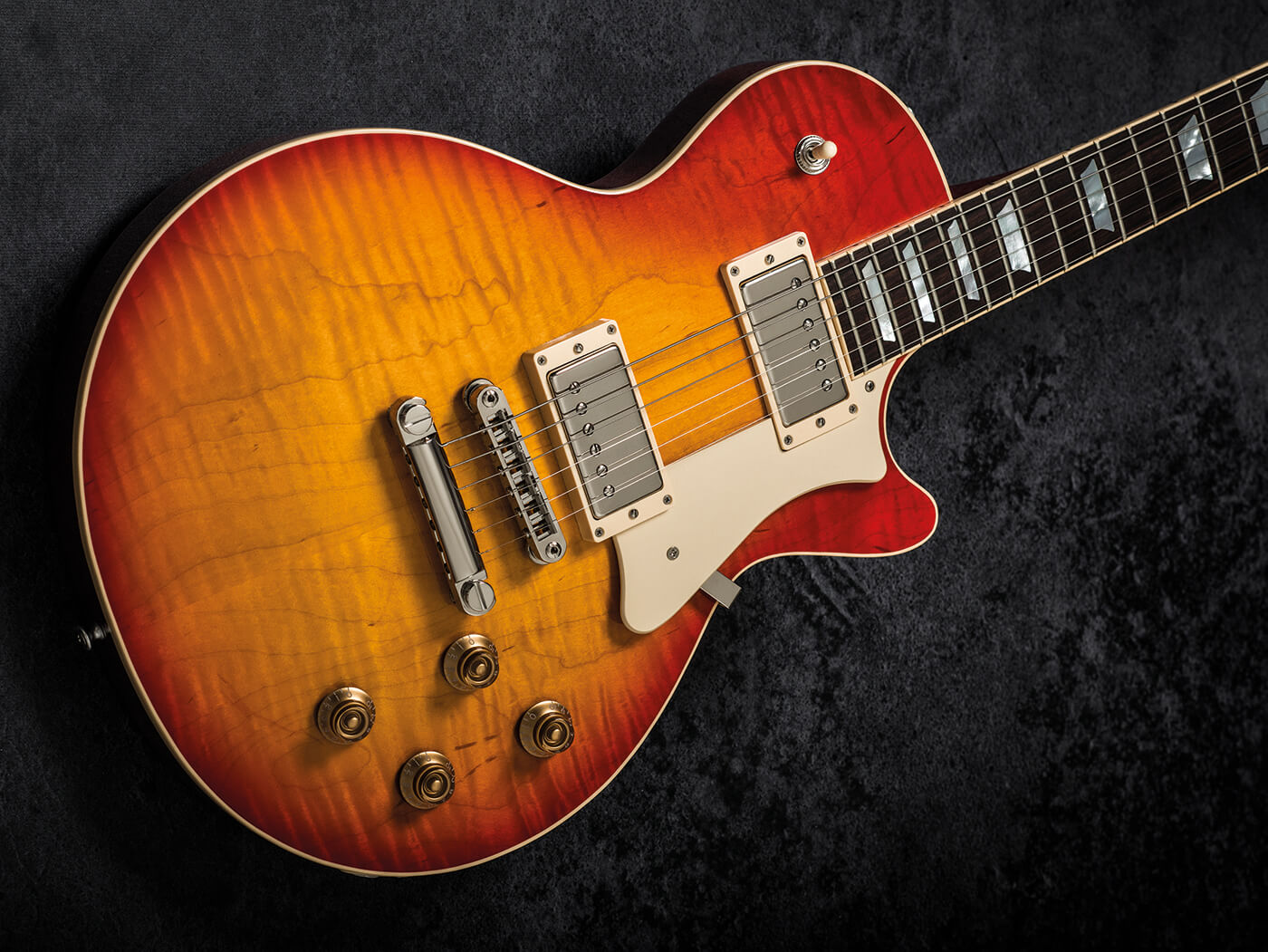 Heritage’s mahogany looks resplendent under cherry lacquer and it’s a pleasant surprise to see the maple strip under the ABS binding in the cutaway. The H-150’s darker rosewood ’board is bound, and the fret nibs are particularly well done. Like many vintage Les Pauls, the maple cap looks quite plain from some angles, but as you twist the body, the flames leap out. This holographic effect indicates old-school finishing techniques, without any stain applied to the maple. Pickups-wise, this time, we have a pair of Seymour Duncan ’59 humbuckers. 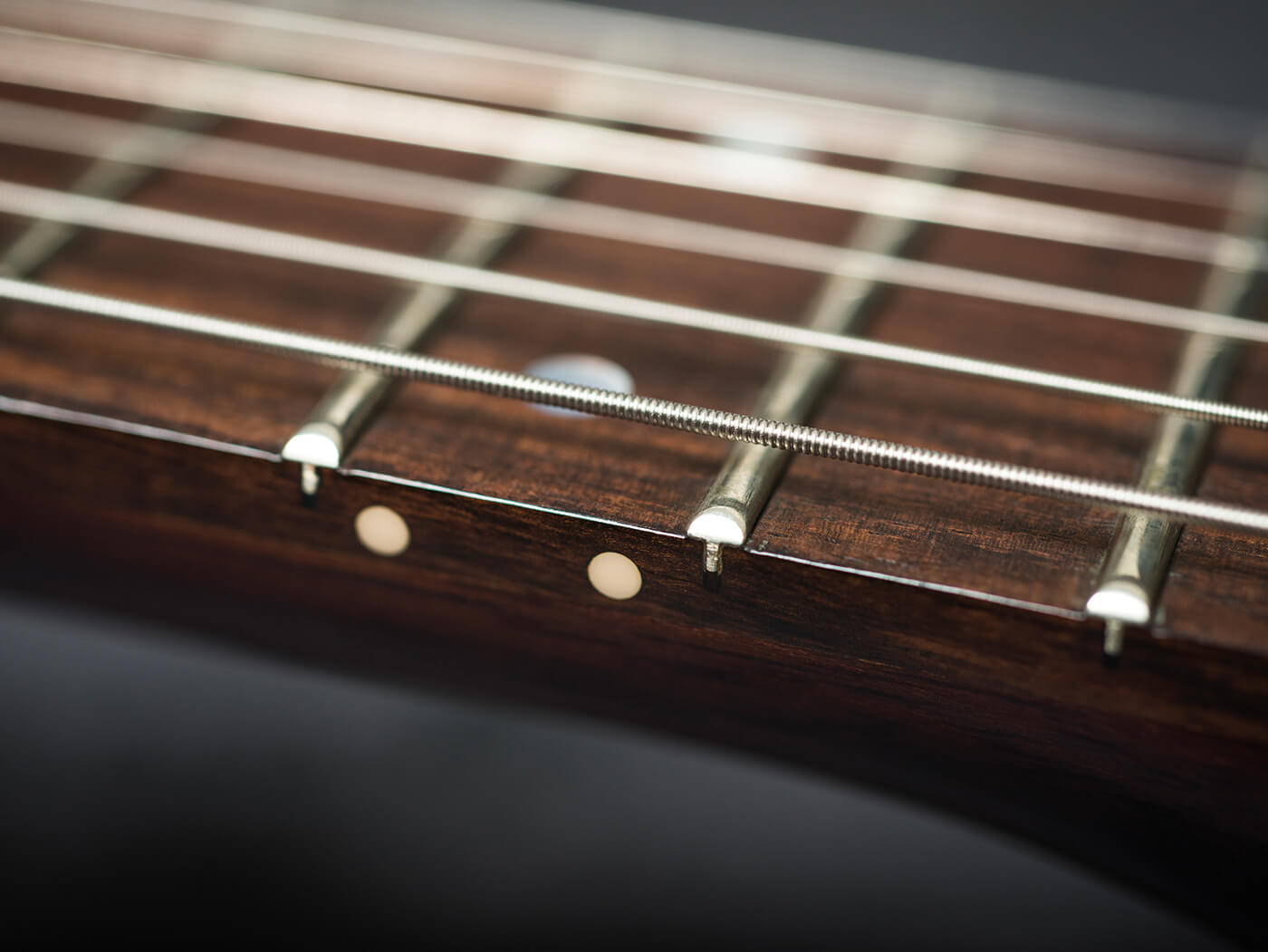 The H-137 is on the weightier end of the vintage spectrum, but with a medium-depth neck and soft shoulders it’s a comfortable guitar to play, despite slight neck heaviness. Acoustically-resonant and rich in sustain, the tonal characteristics are bright and airy, with a pingy attack. This natural brightness, however, makes the full-bodied woodiness we associate with this type of guitar harder to discern. 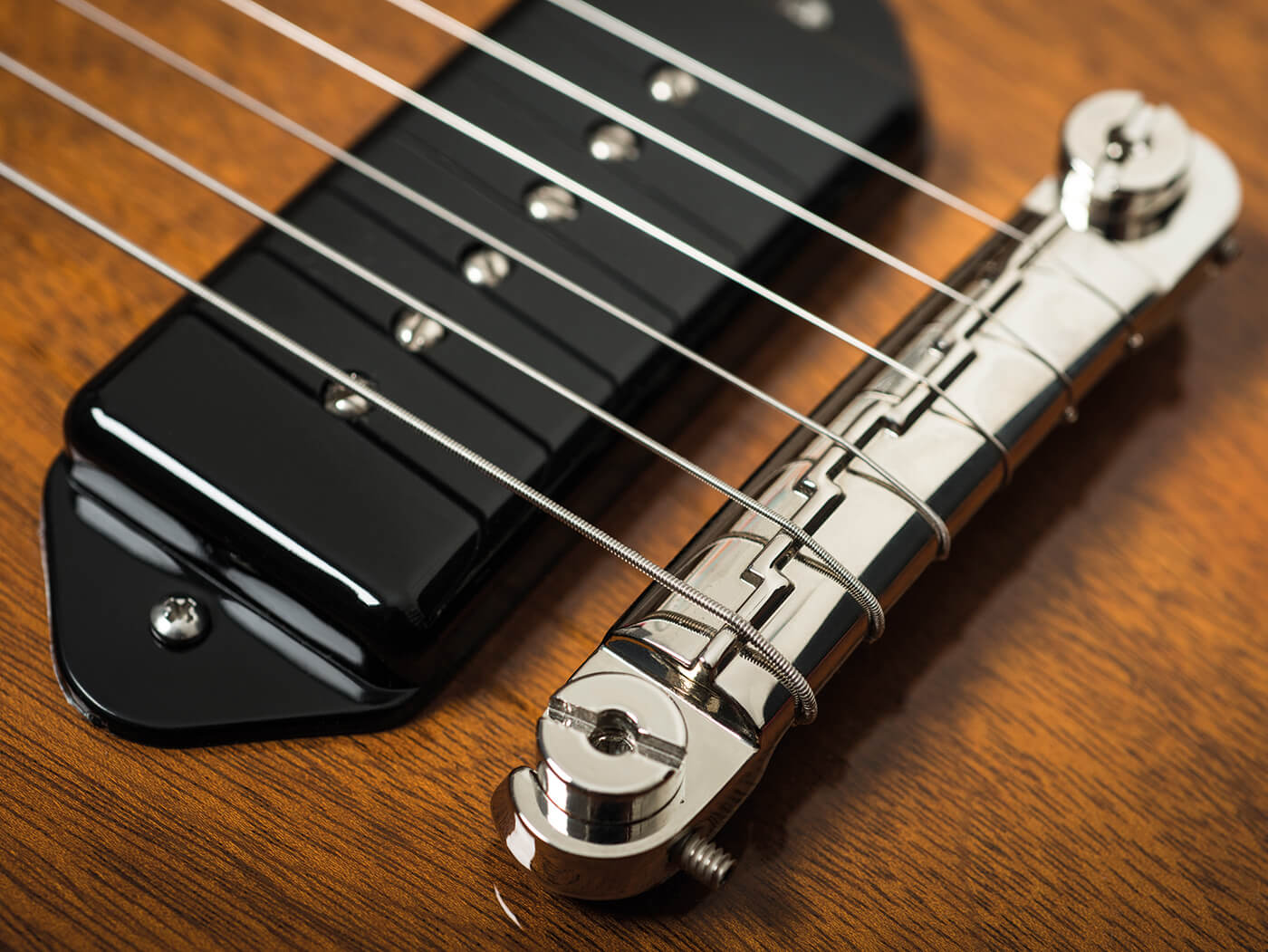 The Lollar P-90s are significantly louder and brighter than the mid-50s set we use for comparison, and the guitar arrives with its bridge pole screws almost touching the strings. This yields an aggressive and articulate rock tone, but we’re able to elicit more dynamic and refined results by lowering the screws. Both P-90s offer an enjoyably modern take on the theme, with extra snarl, grunt, and bite – they’re not called ‘Dogears’ for nothing. 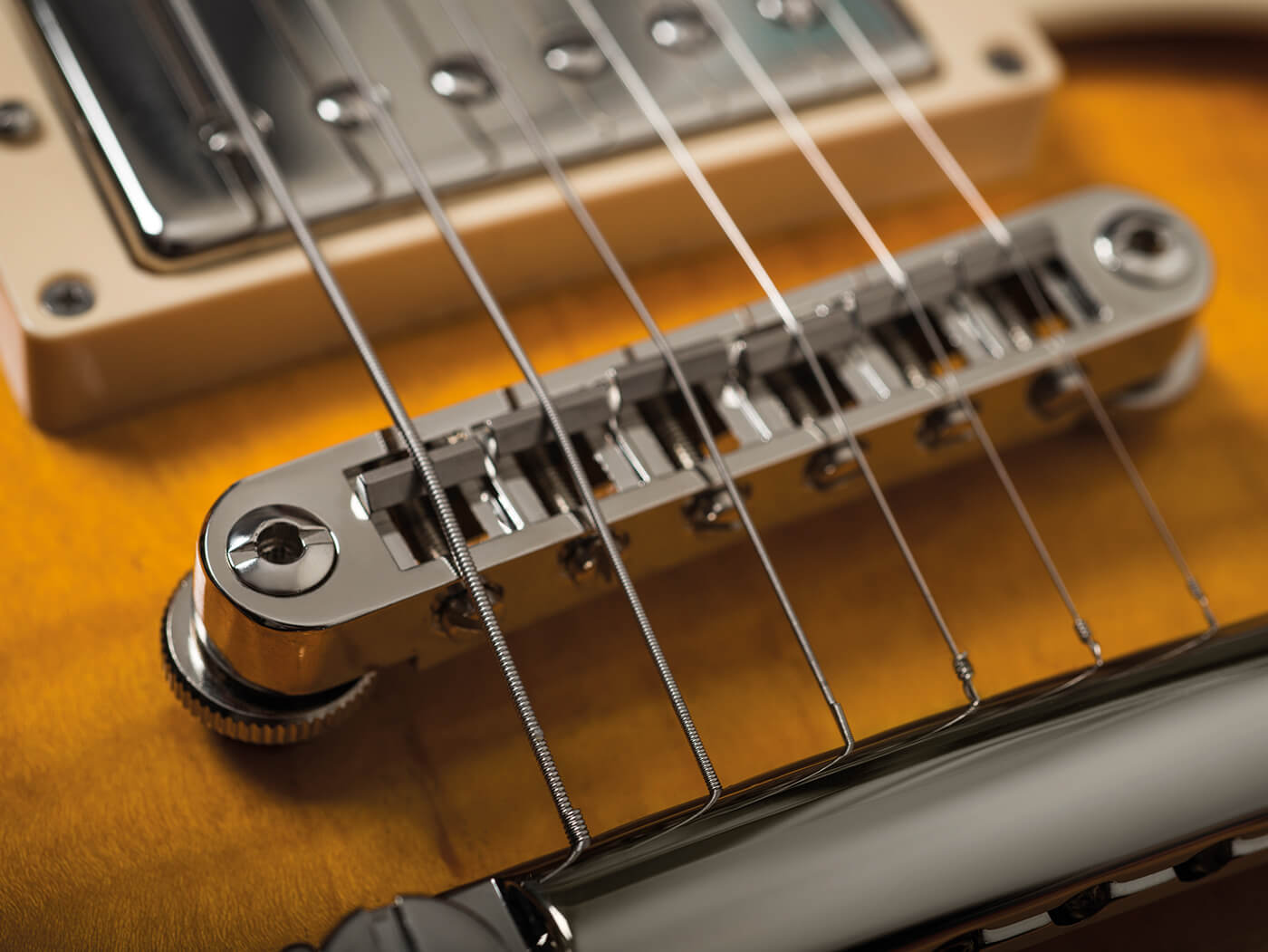 While it’s also on the heavy side, the H-150’s fuller neck profile and the Seymour Duncans combine for a more classic feel and tone. Although they have a strong output, these pickups are also very clear and open: the neck has a rounded woodiness and the bridge has quack as well as bite. Overall, the H-150’s tone is more sophisticated and robust than the H-137’s and it sustains better, too. You can turn the volume controls right down on either guitar without losing treble or clarity. 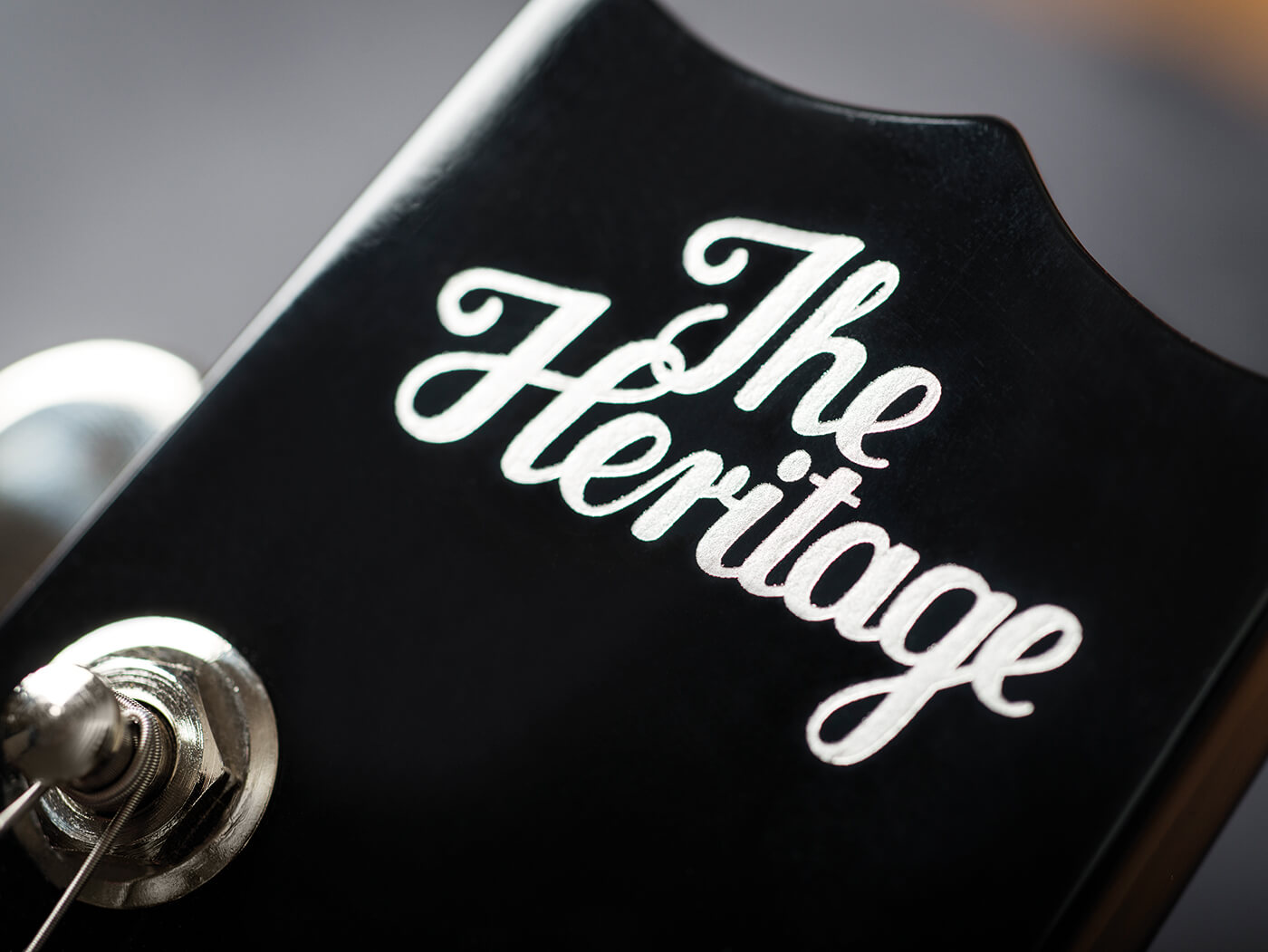 The idea that Heritage has merely continued to make classic single-cut and semi models just as they were in the good old days is tinged with romance. Although many aspects can be described as ‘old school’, numerous stylistic differences and pragmatic updates ensure these guitars are no exercise in rose-tinted nostalgia. Without ticking every vintage box, Heritage gets it spectacularly right where it matters.

With immaculately dressed, low-ish medium-jumbo frets, both guitars have a played-in feel. The controls work like those on 1950s Gibsons – despite not being wired 50s-style – and tuning on both guitars is stable. 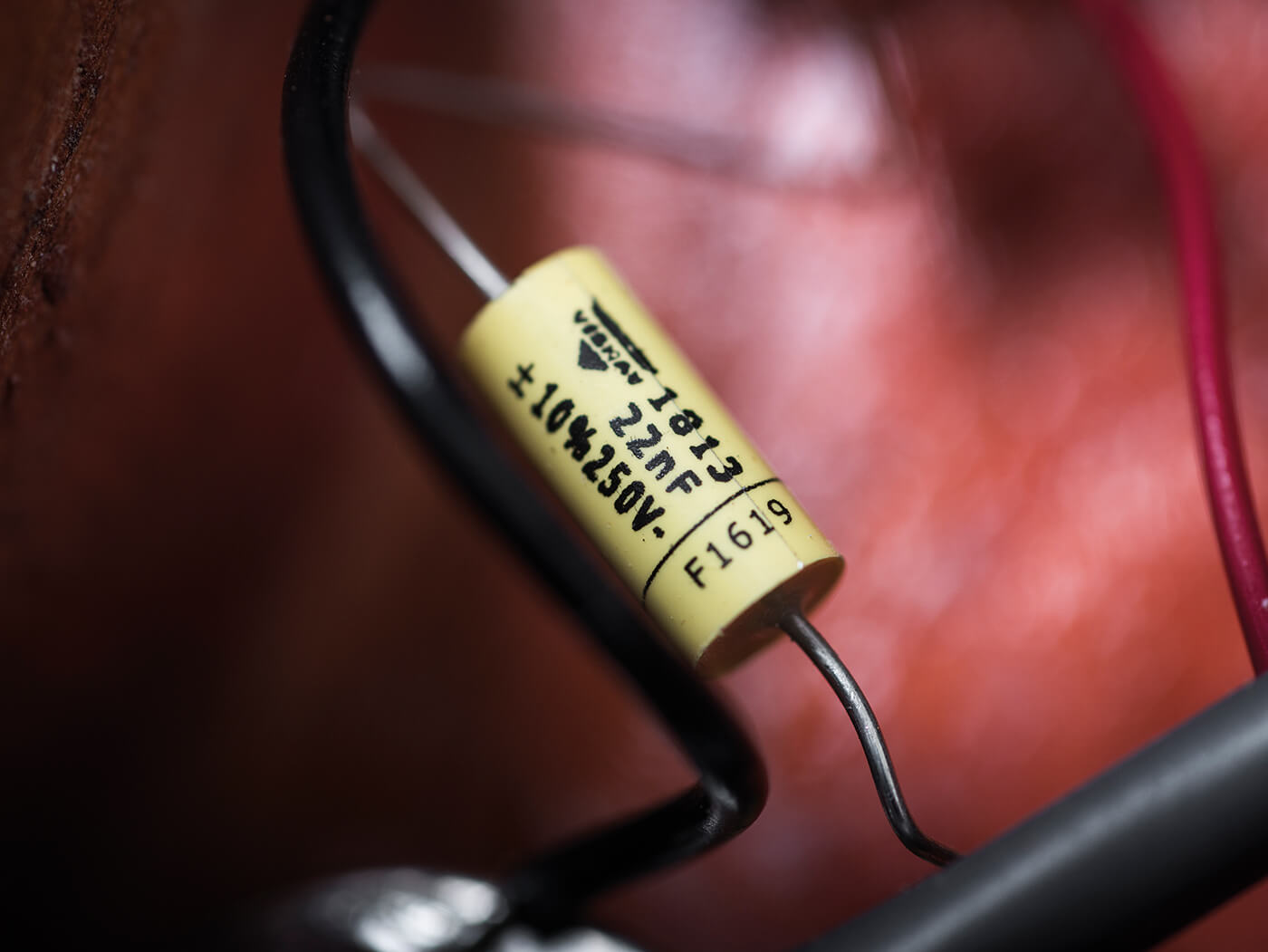 We’d be curious to hear them with underwound and unpotted pickups, while some vintage-style tuners might improve balance and liven up the transient response. Minor tweaks to the already likeable neck profiles could make them feel even better. With that in mind, we’re aware that the widely respected Edwin Wilson is now working with Heritage. Since he was formerly Gibson’s Historic guru and headed up the Custom Shop, we can’t wait to see how that’s going to pan out. 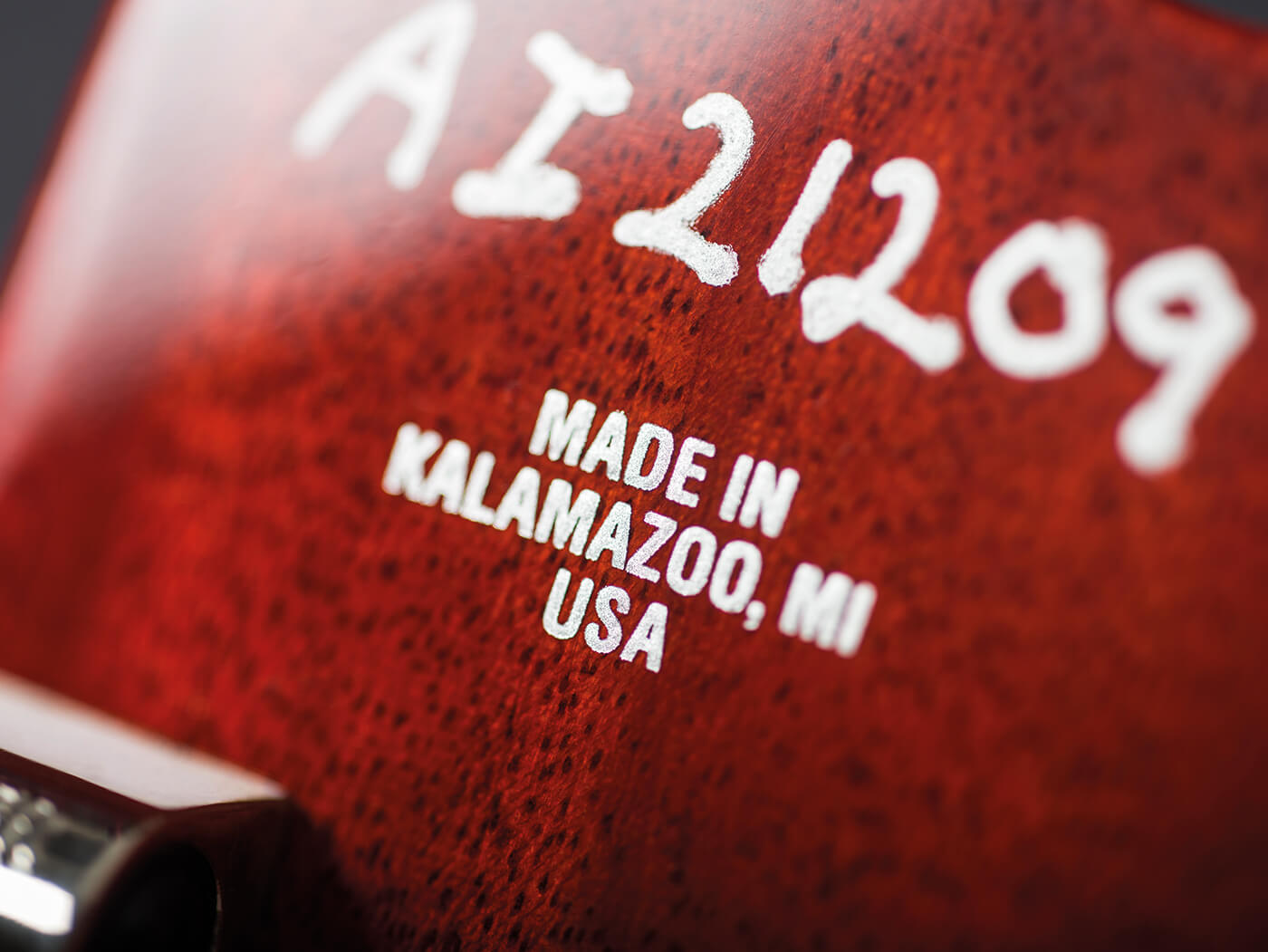