Conceived in Germany and made in the Czech Republic, Maybach’s guitars are keenly priced and make no bones about their inspiration. Perhaps this is one European union that won’t prove divisive… 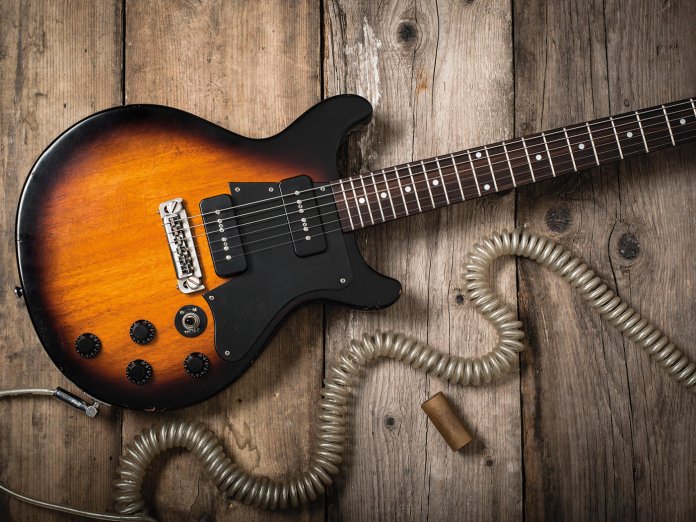 This is our third encounter with a Maybach solidbody in recent times and, like the Albatroz 65-2 and Lester Cherry Lane 58 Aged models, the Lester Jr Double Cut Special is rather heavily influenced by one of Gibson’s greatest hits of the Kalamazoo era. Despite having both ‘Jr’ and ‘Special’ in its name, this Lester is clearly inspired by the double-cut Les Paul Special, as we now know it, which superseded the single-cutaway model when it was introduced in mid 1958 and then morphed into the SG Special in 1961. 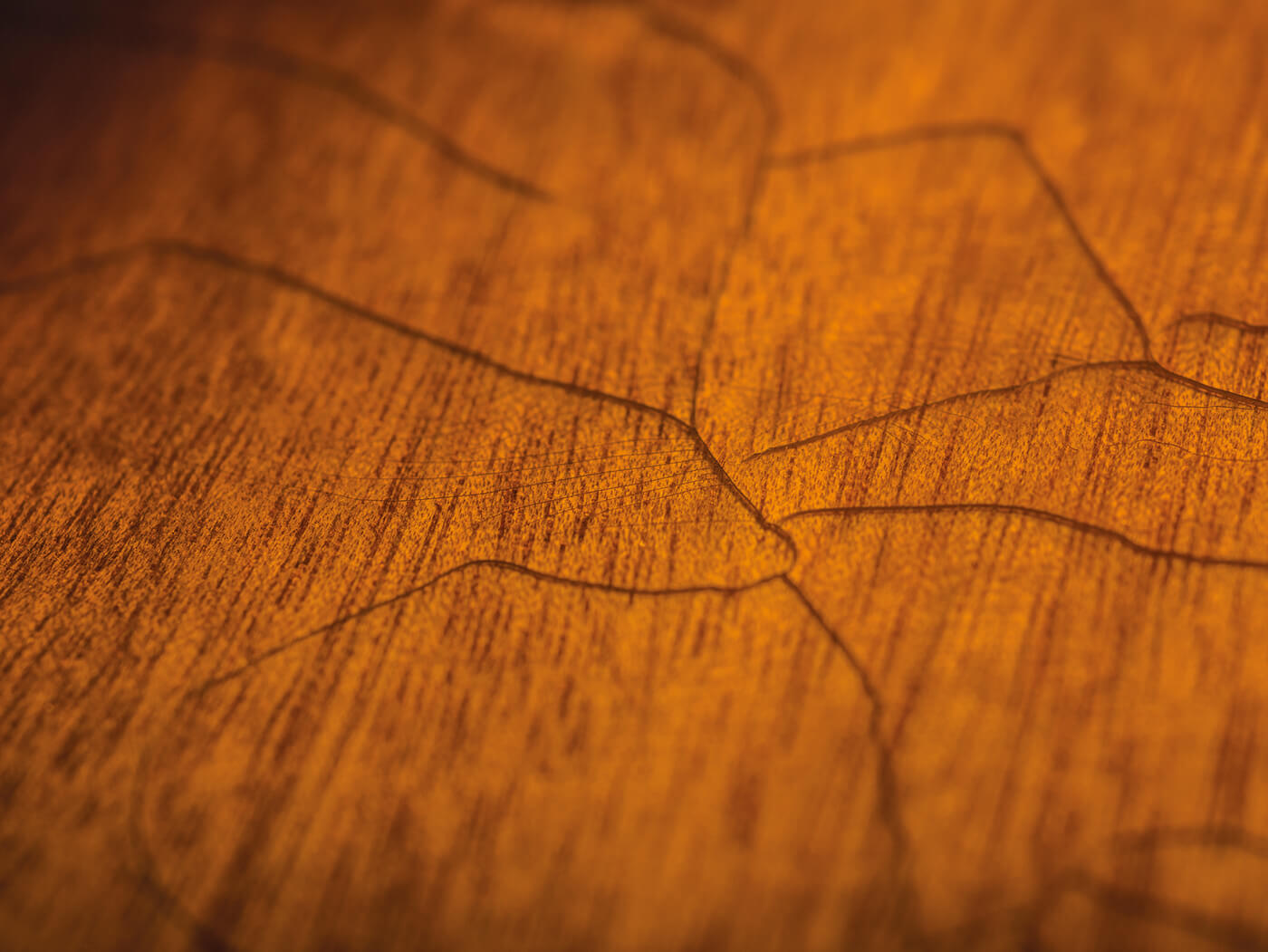 Maybach’s Aged TV Yellow and reddish Antique Walnut reflect the finish options that Gibson made available back in ’58, while our review model’s Aged Vintage Sunburst, single-ply black pickguard and unbound fingerboard bring something of the mid-50s Junior look to the table. There’s a ‘modded road warrior’ vibe here, too, thanks to its biggest deviation from vintage specifications: the Badass-style bridge that combines a wrapover configuration with six individually adjustable saddles.

The general consensus in this office tends to be that, when properly set-up, a 1950s Gibson with a wraptail bridge is a passport to instant tonal gratification rather than the intonation nightmare that some people make them out to be. Sure, if you are playing technical metal or a pop session alongside lots of perfectly in-tune electronic sounds, then a ’54 Goldtop might not be your first choice, but for just about any blues/rock/roots gig, a set of vintage P-90s in a lump of mahogany with a wrapover is about as good as it gets. 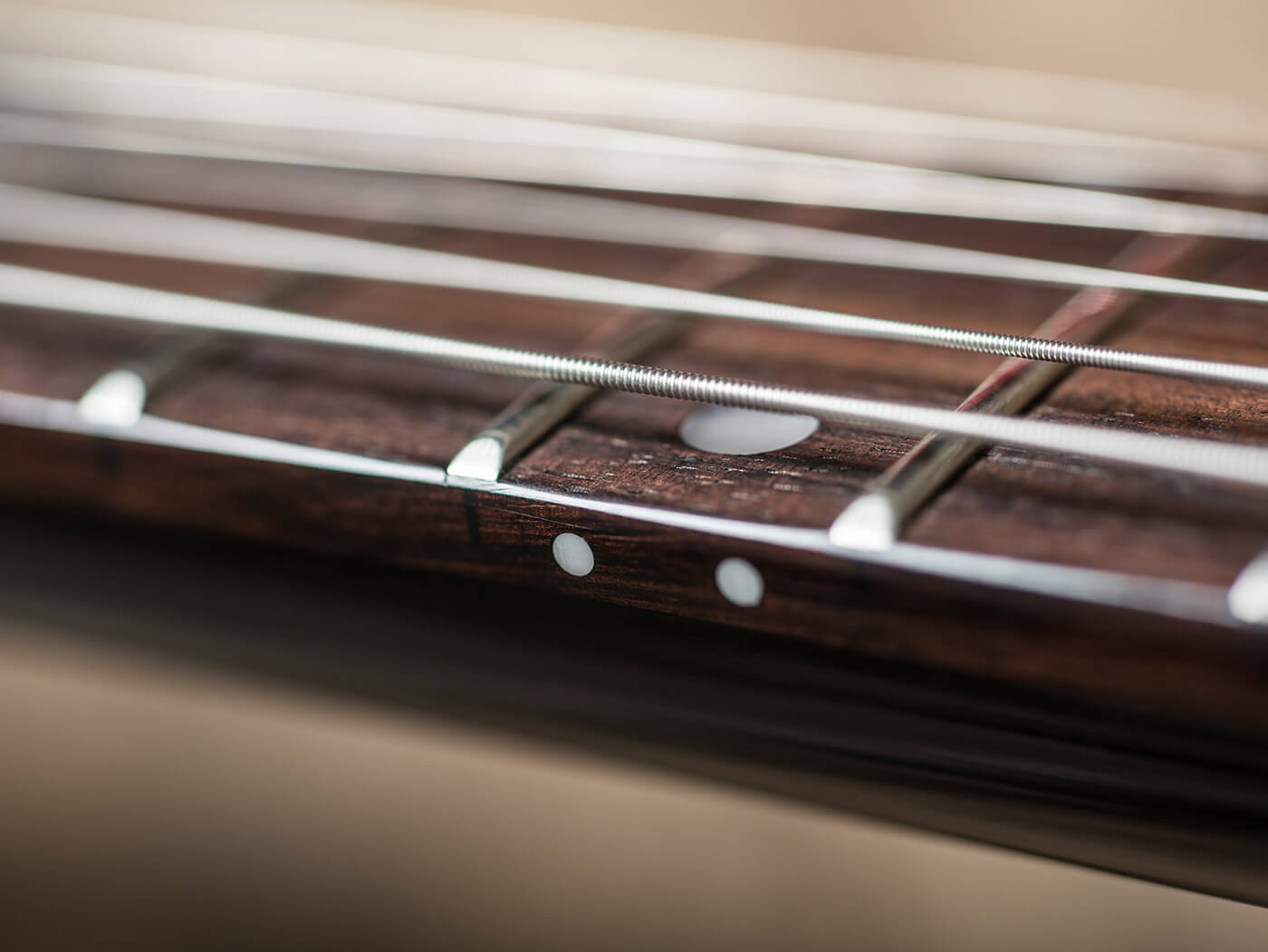 On whichever side of the great intonation debate you stand, Maybach seems to have it nailed. When strummed acoustically, the Lester has all the resonance, balance and sustain that we’d hope for from this type of design, with the added bonus of chord shapes that mix high-register fretted notes and open strings sounding near perfectly in-tune straight out of the shipping carton. Back down at the cowboy end, that sometimes troublesome first-position C major plays nicely, too.

Another good sign: the Lester is rich and harmonically complex before you even flick your amplifier’s power switch. Let a chord ring out unplugged and hold the guitar’s body to your ear and you can hear high overtones bloom into something resembling feedback – it’s something that always bodes well for amplified tone. But we’re getting ahead of ourselves…

This Czech Republic-manufactured double-cut Lester, like the other Maybachs we’ve seen in the flesh, is a real looker. The mixture of scuffs, dings, pronounced crazing and finer lacquer-checking lines that are only visible under close inspection appears nicely random and isn’t overdone. The plastics and hardware are lightly aged, too, and the only area that looks pristine is the Indian rosewood fretboard. It’s a rich and attractive slab which, like the lightweight and resonant mahogany neck and body, suggests that Maybach is choosing its timber wisely. 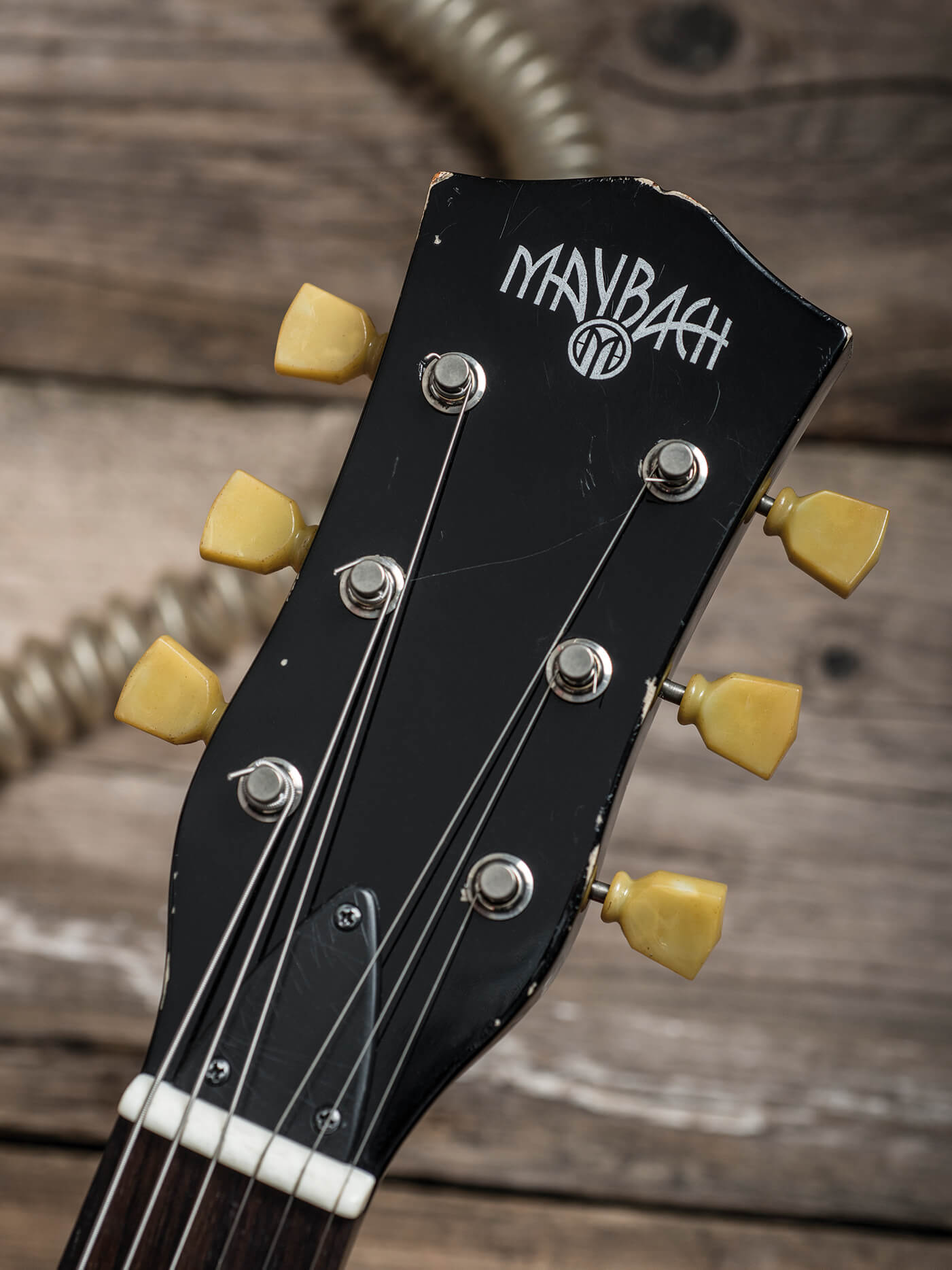 From an aesthetic perspective, LP-inspired guitars so often fall down at the peghead when attempts to stay out of legal hot water result in a jarring redesign. There are no such troubles here – visual balance is maintained by the fact that German parent company iMusicnetwork also owns Larson Bros and has borrowed the acoustic brand’s elegant take on the open-book headstock outline for its Lester series electrics.

We’ve already remarked upon the Lester’s impressive acoustic performance and it’s no slouch in the feel and playability stakes, either. The attention paid to the fingerboard edges and fret ends means that travel up and down the neck is smooth and unimpeded, while the nicely rounded neck profile has just the right amount of heft without feeling intimidating. Despite the fragile appearance of the neck join, we don’t have any issues with unwanted SG-style whip. 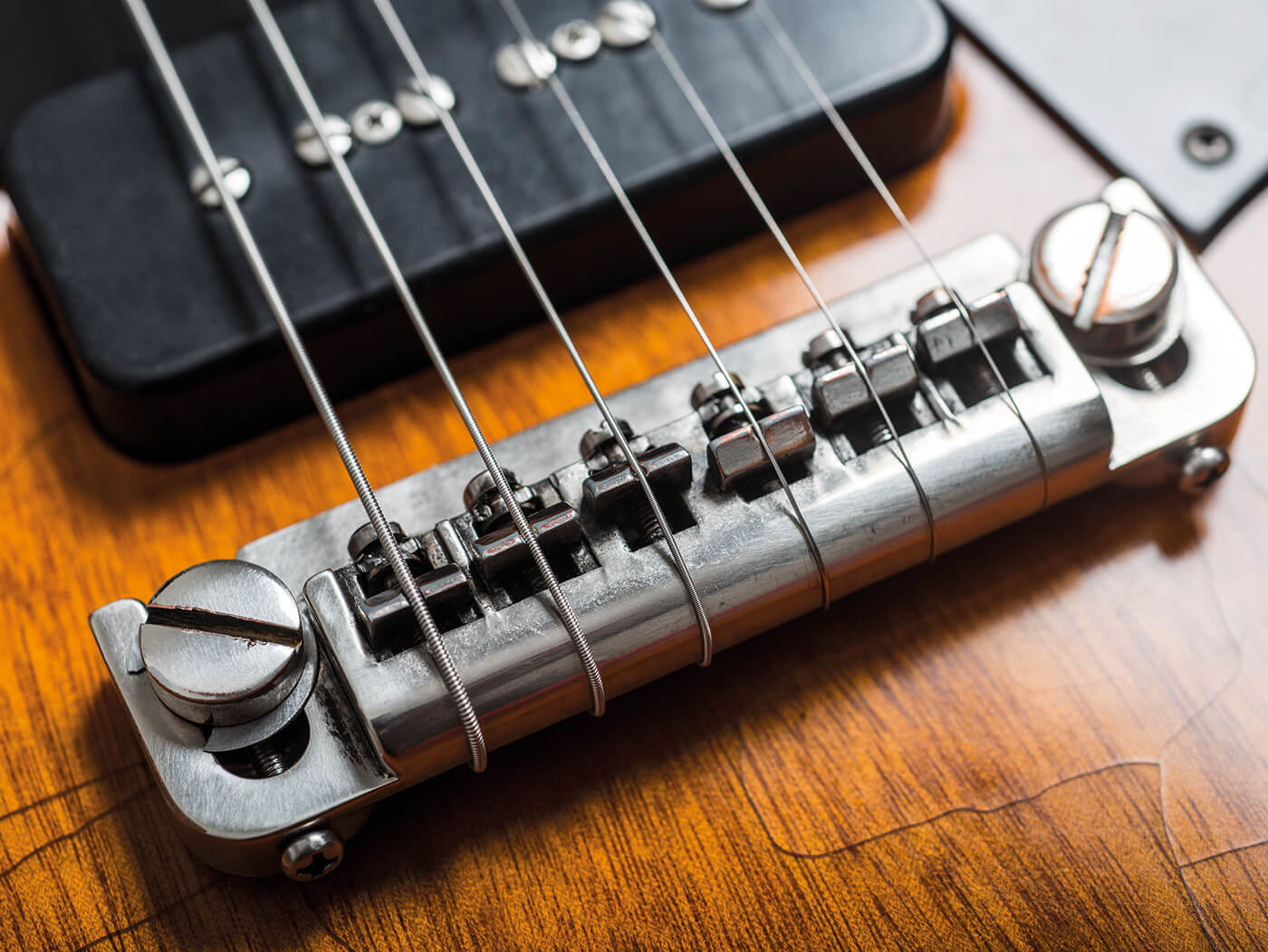 One of our stock P-90 tone tests involves dialling in some amp crunch, then rolling the bridge pickup’s volume back to around two. If the pickup and controls are working as they should, strum some simple chords and your P-90-loaded Les Paul should be doing a passable impression of a J-160E. The Maybach aces that exam, and sounds pretty raunchy when we crank the guitar’s volume control back up and unleash hell. The treble roll-off from the tone controls is a little overcooked but otherwise, down at the bridge, everything you’d want from a guitar like this is present and correct: Keef, Billy Gibbons, New York Dolls, Aerosmith, Green Day and more. Switch over to the neck position and there’s no shortage of airy harmonics and sparkling clarity – it can get fat and swampy without losing definition and sounds great for anything from The Black Keys to pseudo-Hendrix tones. 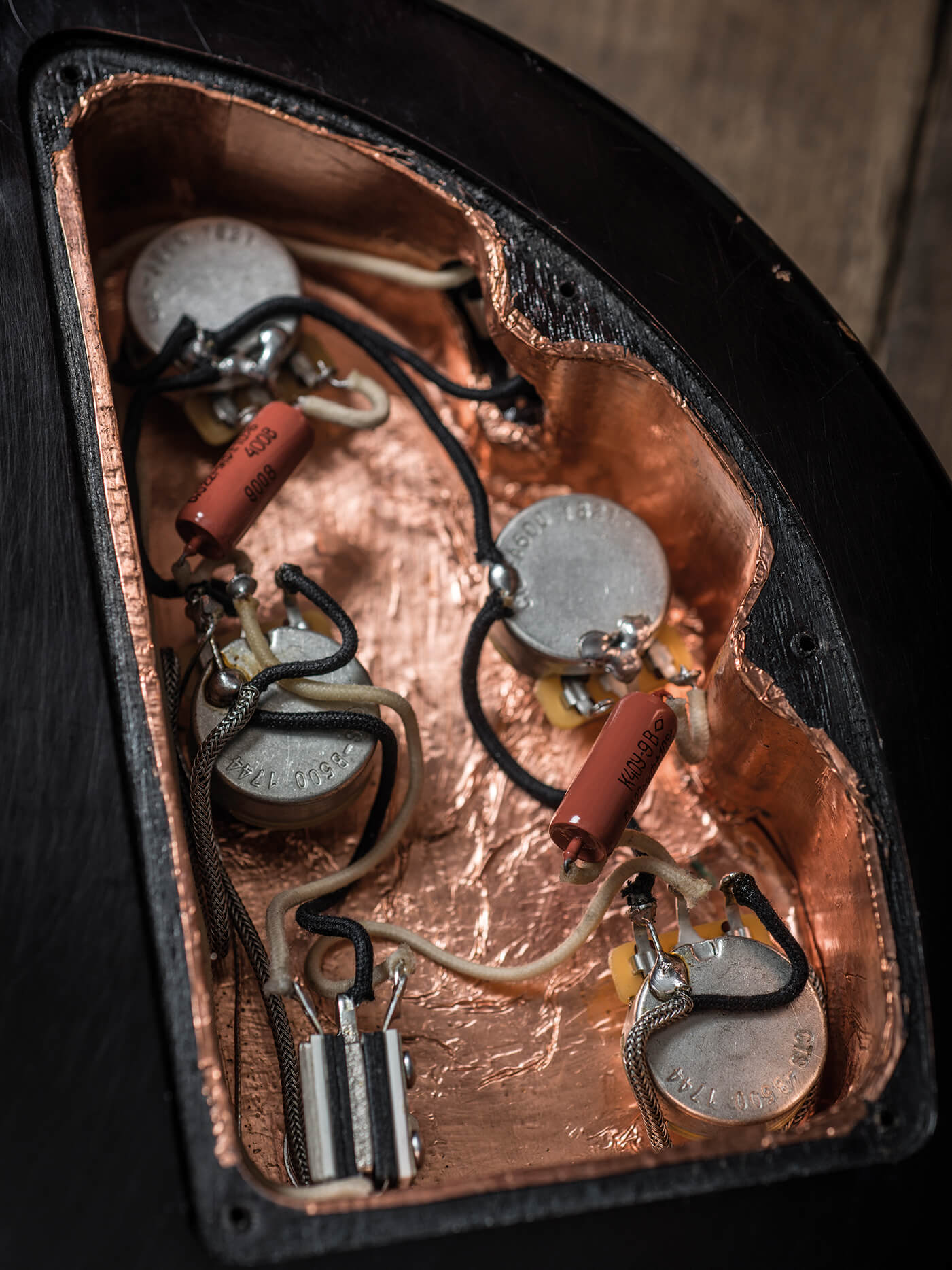 There’s a sweetness and elasticity both at the neck and in blended middle-position tones that makes this a much more versatile machine than history often gives LP Specials credit for. Sure, it can snarl, but as you explore the interplay between the pickups and volume controls, so much more light and shade is revealed. The company website states that “if you play a Maybach guitar, you are more interested in quality than in a brand name”. That may well be the case, but on this evidence, the Maybach brand is starting to make a name for itself, for all the right reasons.