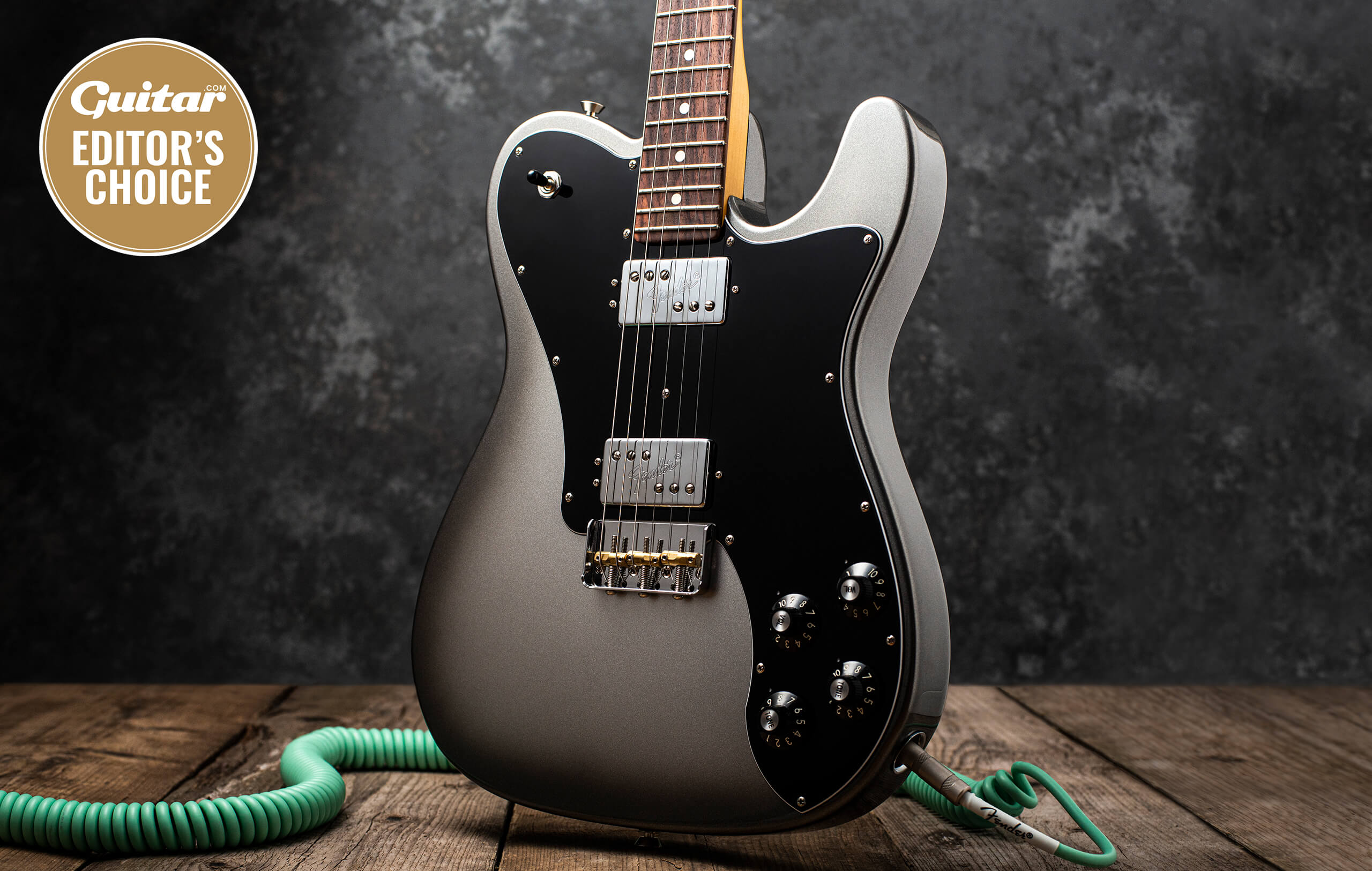 An instrument from a controversial period in Fender’s history gets a modern-day makeover – and we can’t get enough of it.

Fender’s updated American Professional instruments were unveiled with a social media fanfare in late 2020 and we were hugely impressed with the standard Strat and Tele models. A general vibe of refinement means that everything about these guitars feels optimised and dialled in – from the rolled fingerboard edges and sculpted neck heel to the superbly voiced electronics. The latest Am Pro II model on our test bench is the Telecaster Deluxe, and it might just be the best of the bunch.

Showcased here in silverburst-style Mercury – just one of a range of striking finishes designed to pop on Instagram as effectively as custom colours did on the new colour television sets of the 1960s – the American Professional II Telecaster Deluxe naturally bears something of an aesthetic resemblance to the Tele Deluxe of 1972. But if you want the sounds and specifications of the 1970s, you’ll have to look elsewhere.

The maple neck is a four-screw affair finished in Fender’s ‘Super-Natural’ satin and it boasts 22 narrow-tall frets, a rosewood ’board, headstock-end truss-rod access and Micro-Tilt neck angle adjustment.

The Tele Deluxe features a chopped-down bridge but, like the full-size bridge of its more traditionally configured Am Pro II Telecaster stablemate, the trio of brass barrel saddles are intonation-compensated and you can string through the body, top load or combine both for optimal feel. The outer saddles don’t have domed ends but palm-protection is provided by the raised sides of the bridge plate.

The ergonomic improvements common across the American Professional II range are accompanied here by a generous ribcage contour, which has always been a feature of the Telecaster Deluxe design and helps the model have a more svelte feel than a slab-bodied Tele, especially when seated. That said, we’ve owned a few early 1970s Fenders over the years and, while the good ones aren’t the ungainly boat anchors they’re so often made out to be, they certainly don’t offer anywhere near as smooth a ride as this.

The Deluxe is comfortable and compact, with the neck profile providing just the right blend of substance and support

One of the attributes of a great guitar is that it simply gets out of the way and lets you get on with the business of making music. The Deluxe is comfortable and compact, with the neck profile providing just the right blend of substance and support without pushing you in any particular stylistic direction and, when you plug in, it’s the same story with the pickups.

The space between the archetypal Fender single-coil and Gibson humbucking flavours proves here to far from bland. It’s a Telecaster that’s freeing to spend time with; you don’t immediately relax into familiar tropes and there’s a freshness that inspires you to explore and compose rather than simply noodle.

Whether in full humbucker or single-coil mode – or a blend of both in the middle setting – all over the fretboard you’ll find alluring combinations of depth and clarity, honk and spank, woodiness and upper-harmonic sheen. In this chassis and with this wiring configuration, the V-Mod II Double Tap pickups have unbridled potential and it’s easy to imagine this guitar becoming someone’s number-one electric. If Fender ever releases a version with a vibrato, there’s a good chance it will become a go-to guitar for us too.