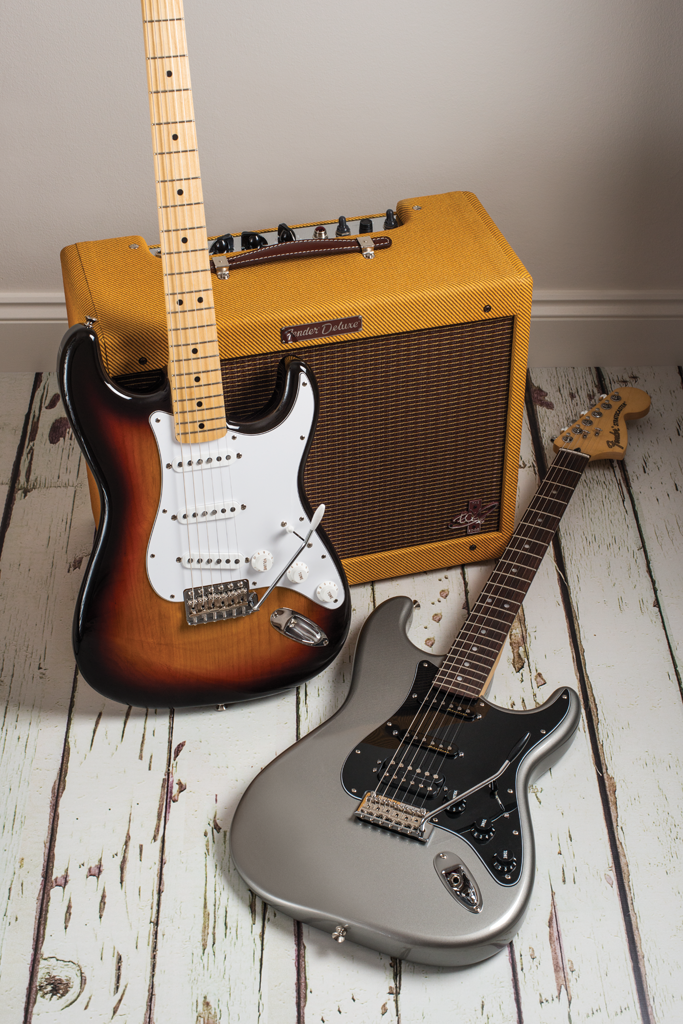 Although they share that timeless, curvaceous double-cutaway body shape and a large headstock outline, the instruments here represent very different variations on the Stratocaster design. Revealed first at the recent Summer NAMM show in Nashville, the Deluxe Strat HSS is part of an all-new, Mexican-made Deluxe range, while the Japanese Classic `68 Strat Texas Special comes from the limited-edition Fender Special Run (aka FSR) series.

The previous Mexican Deluxe line existed for over a decade but contained models with many disparate design elements. For 2016, Fender has reimagined the range as a `little brother’ to its high-end American Elite Series and unified the models with a consistent feature set, much of which has trickled down from the company’s previous American Deluxe range. 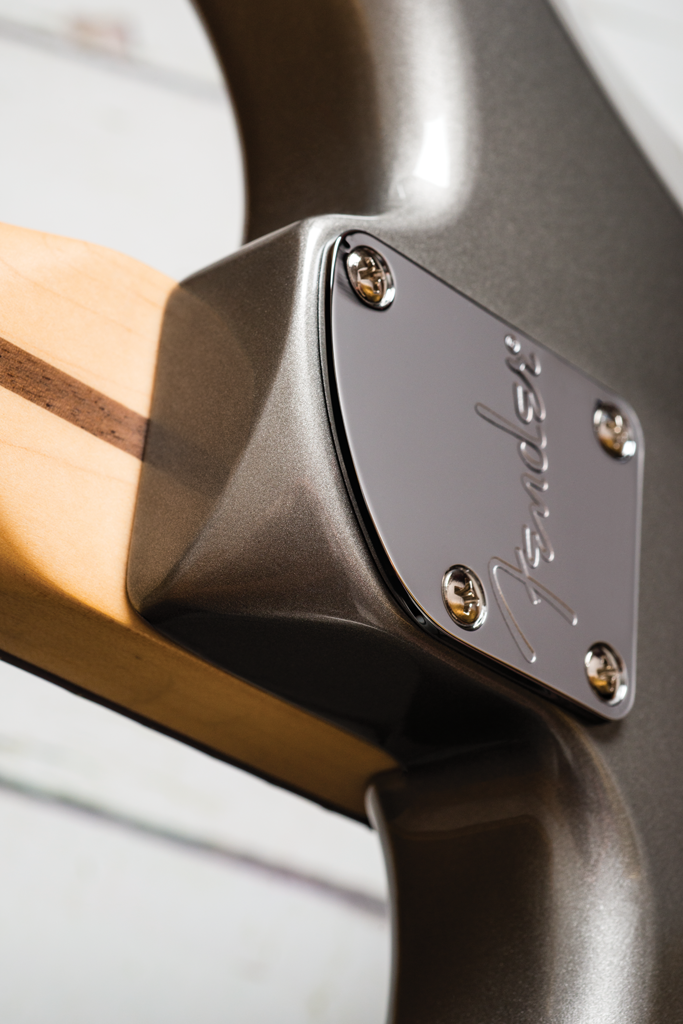 The FSR Classic `68 Strat Texas Special is a much more old-school proposition, broadly similar to the current, Mexican-made Classic Series `70s Stratocaster (£689), sans the U-shaped neck and with the benefit of a purist-pleasing four- rather than three-bolt neck joint. There’s also a trio of Texas Special pickups.

Like many of Fender’s mid-price vintage-style models, it’s much more an`inspired by’ tribute to an era rather than a slavish reproduction.

The `68 has a nice, medium weight, but the first thing that strikes you is just how thin the neck is. This, in combination with the hi-gloss finish, neatly installed vintage-gauge fretwire and 7.25-inch board radius make us feel a little like an ice-skating first-timer; compared to the big, stripped necks and flatter ‘boards we’ve come to favour in recent years, this is slippery and it takes a short period of adjustment for us to feel sure-footed. 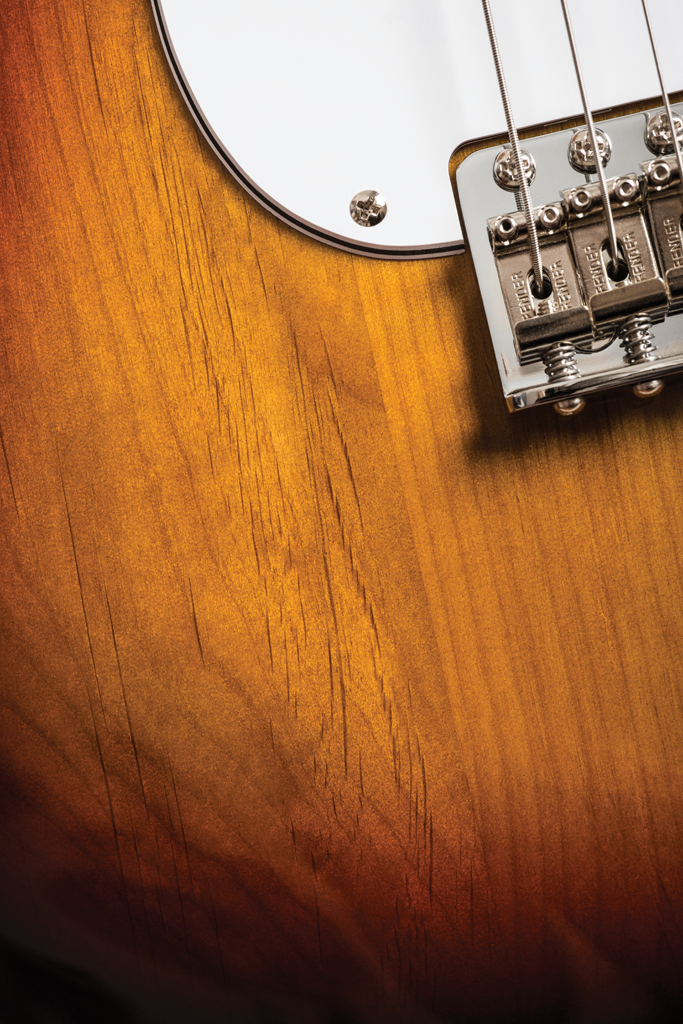 That said, once you get used to it, it’s a lot of fun, aided by an excellent factory vibrato set-up that allows us to get quite wild while the tuning remains solid. As you might expect from the vintage ‘board radius, there’s a bit of fight above the 15th fret (which we like but some may not) even when strung with light strings, but choke-out is minimal – again, the excellent set-up makes all the difference.

We’ve grown so accustomed to relic finishes that it’s now more arresting to see an instrument such as this – mirror-like finish, bright white plastics, unbroken fretboard edges an’ all – but don’t think that it doesn’t have bags of `play me’ vibe. The inevitable Hendrix association ensures that any Stratocaster with its stylings rooted in ’68 will always be cool, and this one sounds the part too; the hotter-than-vintage Texas Specials add a certain something, giving it a woody, expressive character that works really well with our tweed-y combo set to `just breaking up’ then pushed a little further with a J Rockett Archer. 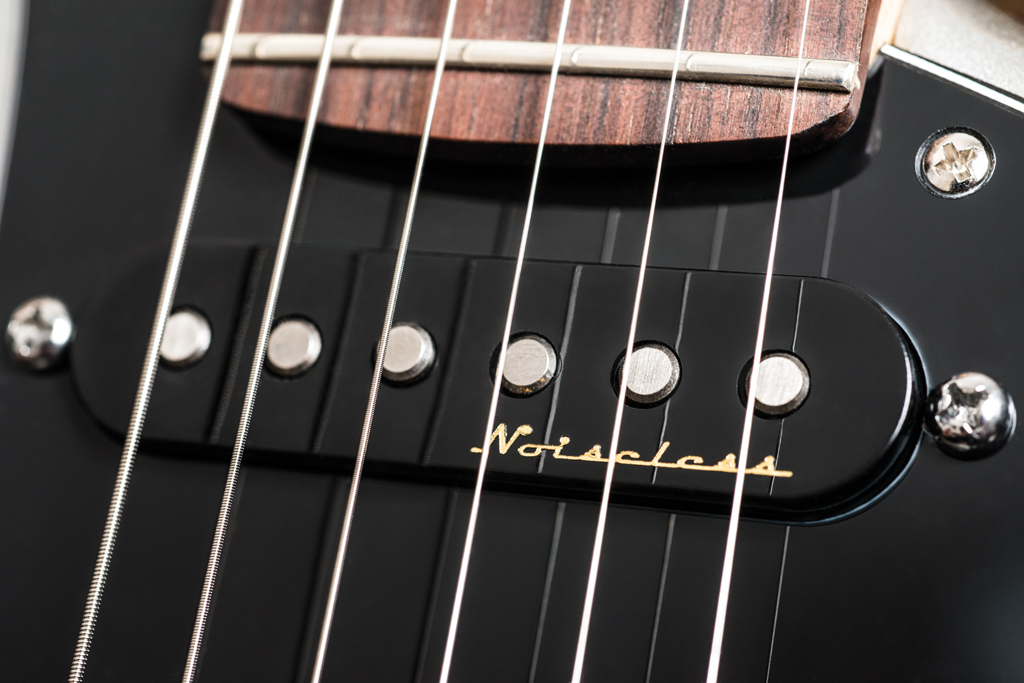 If you can drag yourself away from Jimi-isms on the neck pickup for long enough to notice, the in-between settings on the five-way switch are hum-cancelling, the bridge and middle units are enjoyably raunchy and the electronics are exactly what you’d expect, although the taper of the volume control is rather dramatic, with most of the action happening between eight and 10.

Moving over to the Deluxe HSS and, though the neck is a fuller section of timber, after the fight offered by the `68, the Deluxe’s much flatter board and 22 `Narrow Tall’ frets make the string tension feel rubbery by comparison; bending the B string up a tone at the 12th fret causes the low E to drop a semitone, and the two-post vibrato bridge is considerably spongier in feel with a three-spring set-up than the Japanese guitar’s vintage-style unit. It’s a smoother ride, alright, particularly in higher registers thanks to the rounded-off heel, but a few of our favourite country-influenced bends are out of bounds. 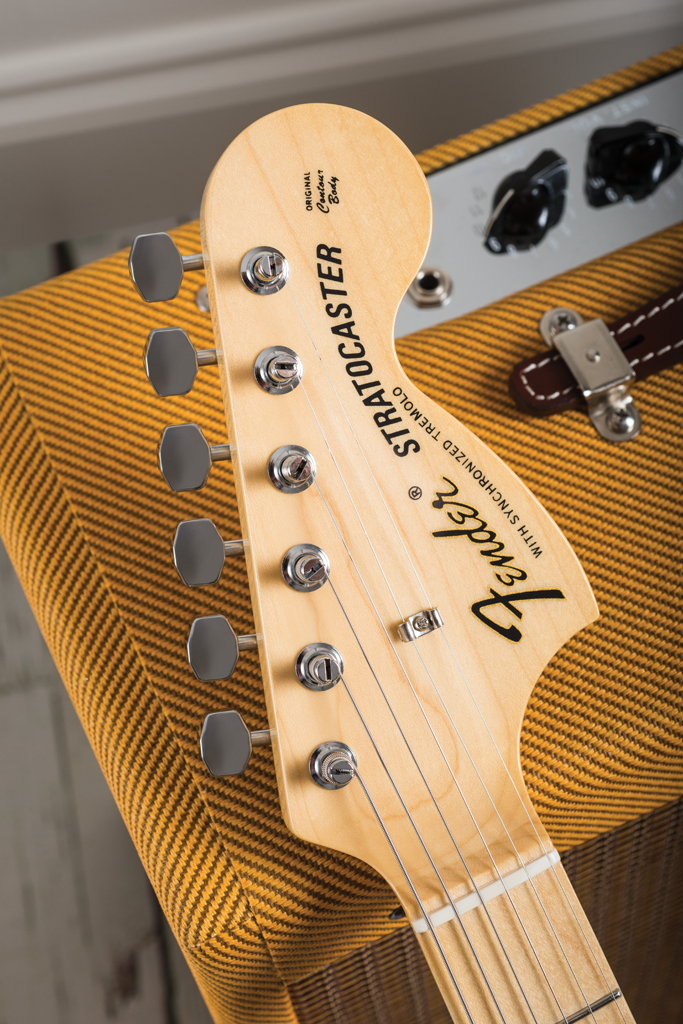 The first-generation Noiseless pickups work as advertised, with less audible hum evident than when the bridge pickup is engaged. They are smoother sonically than the Texas Specials and a little lower in output, a little less explosive and a little more compressed. Flip to the bridge and the humbucker offers a chunky and versatile rock voice; engaging the S-1 switch deactivates the slug coil for a more vintage and typically Strat-like twang in positions one and two, complete with a little hum.

We found ourselves happiest using the Deluxe in `regular’ Strat mode with the S-1 switch engaged most of the time, switching the full humbucker in as a thickener and a boost as and when required for rockier passages. We were pleasantly surprised by the quality of those coil-split voices, and they certainly don’t feel like a compromise in any way. Versatile but not bland, there’s much to like here. 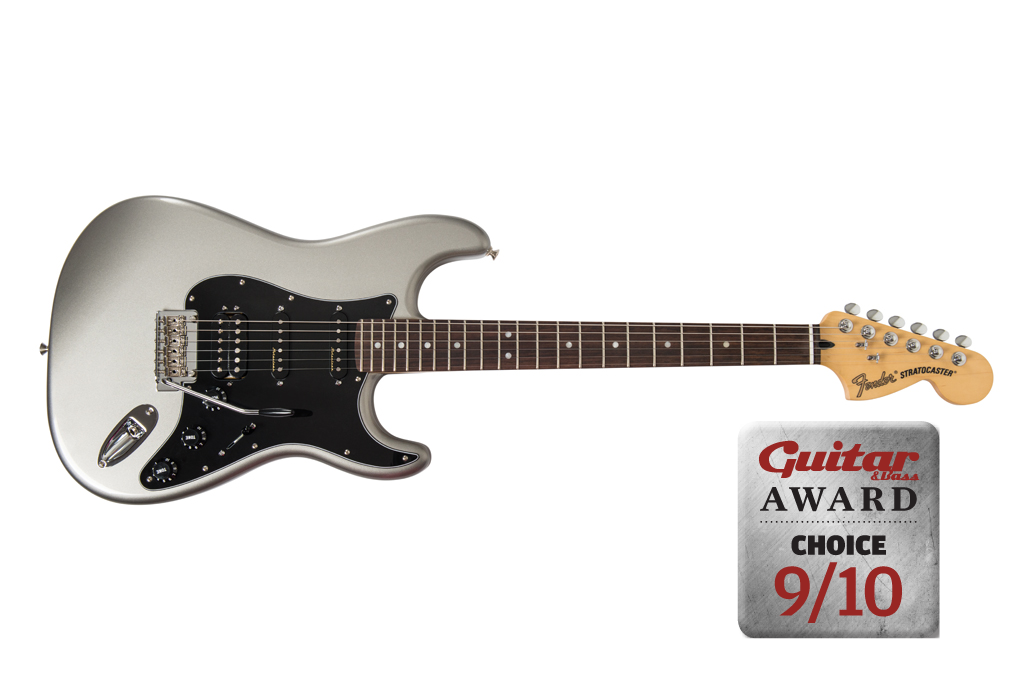 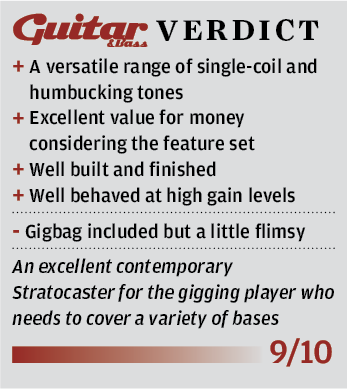 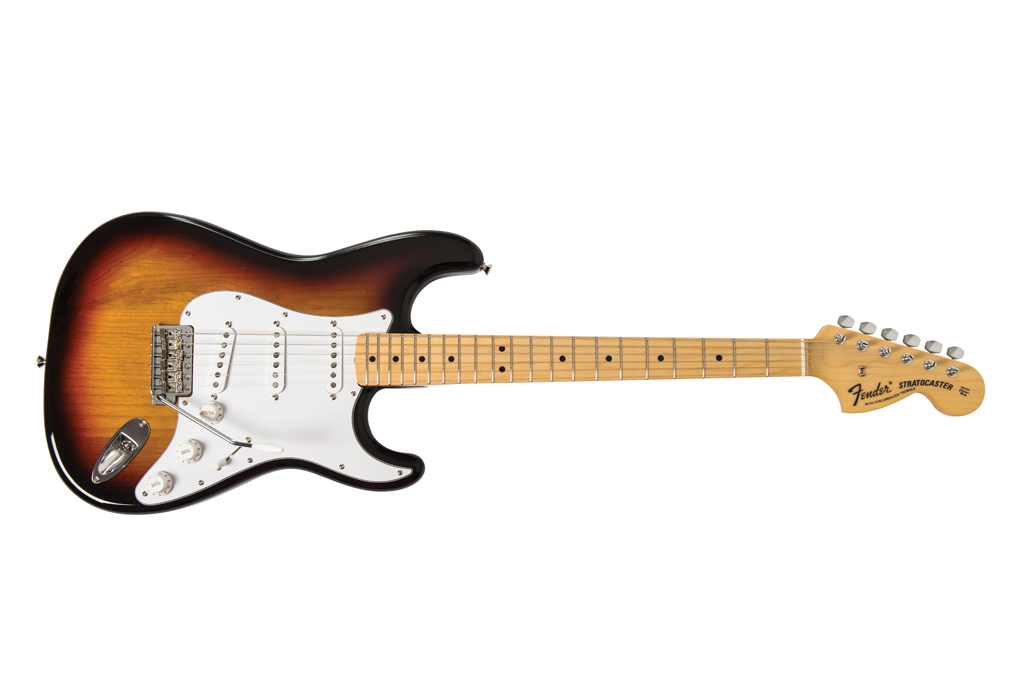 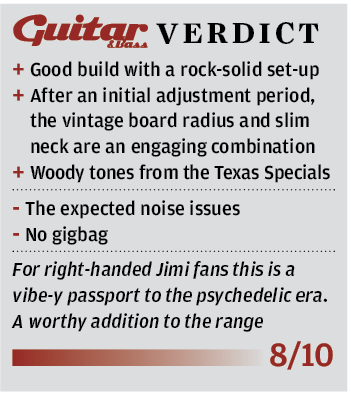