With the UK maker under new ownership, Gordon Smith is back with new guitars and big plans. But can the Graf Deluxe generate interest? 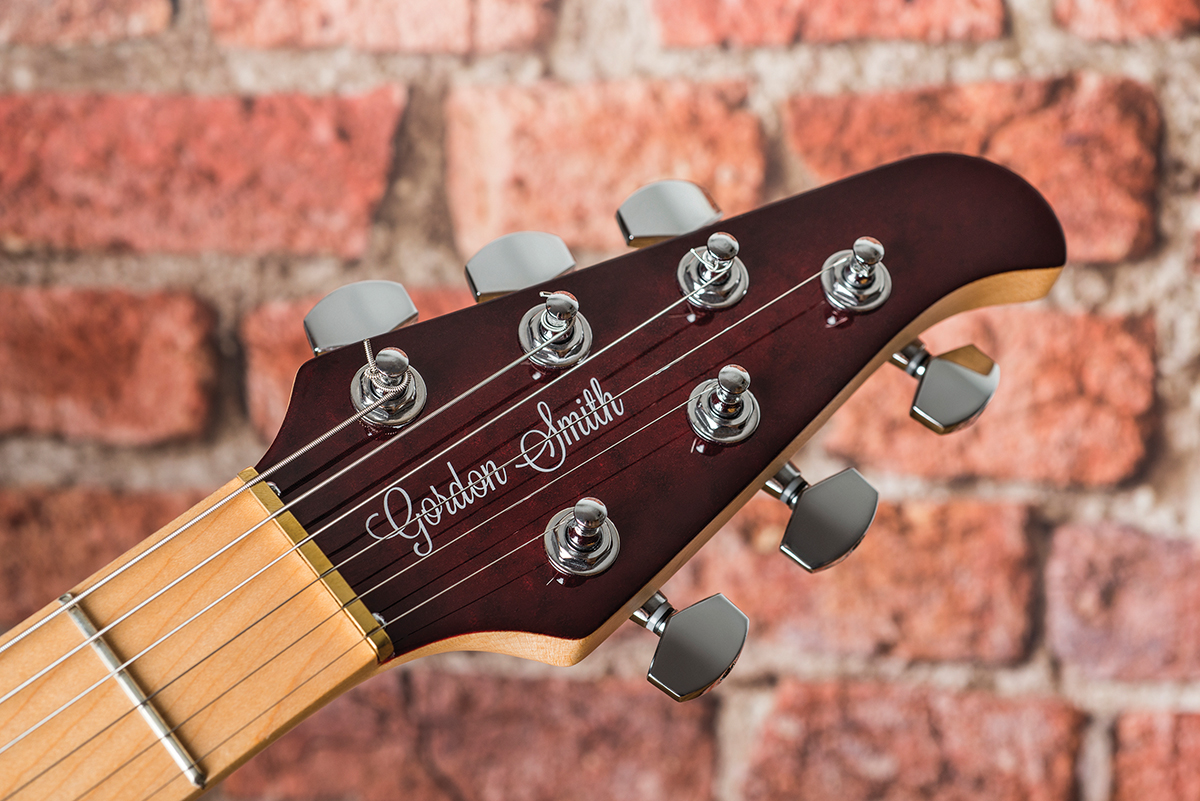 Gordon-Smith is a name that will doubtless be familiar to many of you – the UK’s longest running production guitar company launched in the mid-1970s and built up something of a cult following over the decades. This was based on a reputation for creating no-frills guitars that blended solid build quality with decent materials, hardware and pickups, all at very affordable price points compared to the glamorous brands from across the pond.

The company was always a quintessentially British affair. Husband and wife team John and Linda ran Gordon-Smith from an old industrial building near Manchester, where they created quality mid-priced guitars that UK guitar players were crying out for. Back in 1974, the affordable end of the guitar market was nowhere near as saturated as it is today.

Instead you had a handful of premium brands offering a limited selection of models at the top end, and a plethora of frankly dire knock-offs at the other.

It’s no wonder that so many pub-rockers and proto-punks felt that a Gordon Smith was a cracking investment – as evidenced by a user list featuring Buzzcocks, Preachers, Subs, Roses and even Billy Bragg.

While some of these artists did move on to more fashionable heritage brands eventually, for many their Gordon-Smith was the only guitar they ever needed, and never stopped playing their GS1s, Gypsys and Geminis.

After five-decade career, however, Chris and Linda decided to retire, and put the company up for sale. It was bought by Auden guitars, who moved production to a new 3,000 square foot workshop in Northamptonshire. Refreshingly, this means that despite a change of ownership (and the loss of a hyphen in the brand name), Gordon Smith guitars are still being made in the UK and Chris Smith participated in the handover to acquaint Auden’s team of luthiers with Gordon-Smith’s traditional production processes.

If you’ve played or owned a Gordon-Smith, the chances are it’s probably been one of the firm’s variations on the Les Paul Junior or Special, but our first encounter with the reborn GS is via one of its lesser known models, the Graf Deluxe. And sitting down with it, the initial vibe is more Music Man than Macclesfield, with its offset single-cutaway poplar body, beaky headstock profile and figured pommele veneer top.

It’s fairly uncommon to see a bolt-on maple neck with a wrapover tailpiece, but the workaround for the potential mismatch is a noticeable back angle. Judging by the tightness of the neck to body contact area, this has been done properly by routing the bottom of the neck pocket at an angle rather than through the use of shims. 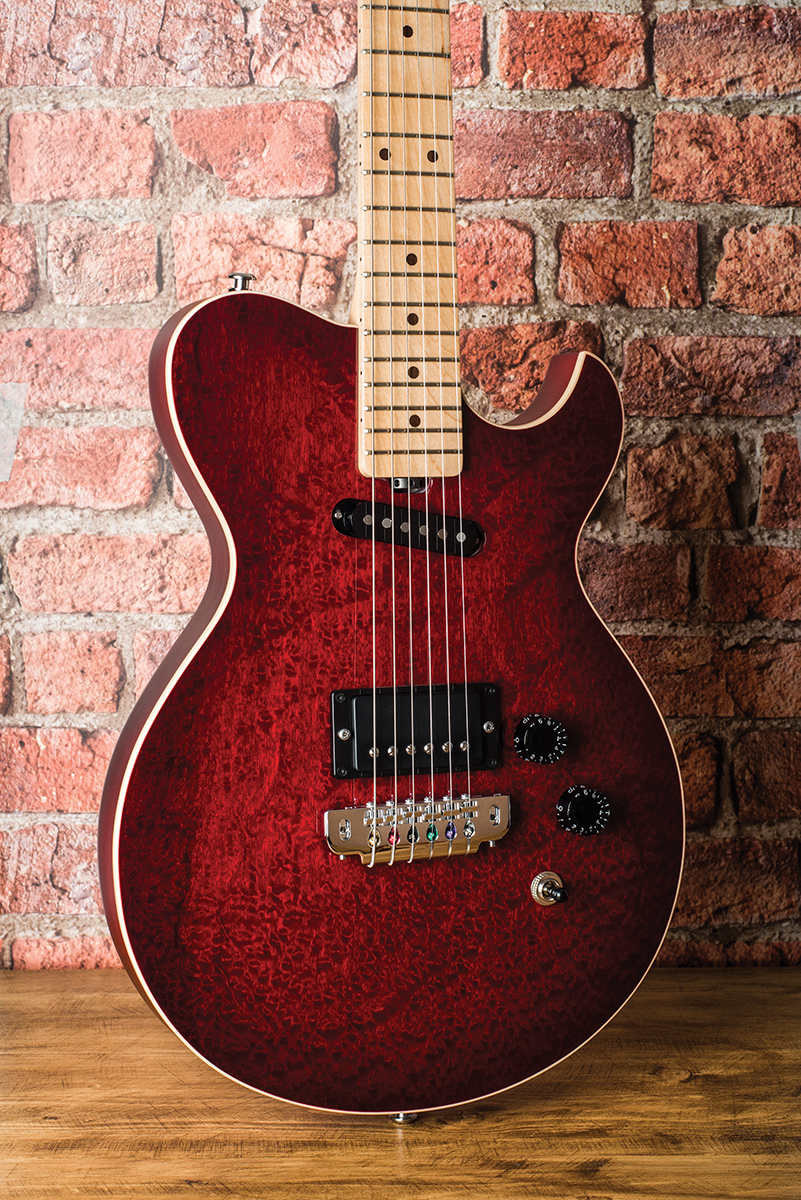 The truss rod adjuster is located at the body end of the maple neck and it’s the spoke wheel type you can crank side on without having to de-string or remove the neck – always a welcome thing to see. Rosewood dot markers compliment the glued on maple fingerboard, and a solid brass nut is attached, in the Danelectro-style, with screws entering the end of the ’board.

The controls are tightly clustered and include master volume and tone knobs alongside a three-way selector switch. Coil splitting has long been a Gordon Smith staple and sure enough, the volume control is a push/pull that does just that. Gordon-Smith always made its pickups in-house, and it’s no different with the new generation Graf Deluxe.

Overall, the standard of finishing is decent for this price point, however the nut could be fitted a little more neatly – it’s slightly narrower than the neck, leading to colour bleed around the edges and what appears to be a slight gap between the nut and the end of the fingerboard on the treble side. We also notice that the springs under the neck pickup lack sufficient strength to hold it in position properly, so if you catch it as you strum, it’ll bounce around a bit inside the oversized rout.

Picking the Graf up and giving it a strum unplugged is very encouraging, with full-bodied mids, deep bass and clear but sweet treble response. Everything sounds even and nicely balanced, and there’s no shortage of natural sustain. It’s a comfortable player, too, with a medium D neck profile that retains a very even depth from headstock to heel. One thing that may take some getting used to is the offset tuner layout – the B string tuner is located where you would expect the G string tuner to be in a non-offset three-a-side, so be careful you don’t tune the wrong string!

When it comes to the pickup voicings, Gordon Smith has gone for contrasts rather than variations on a theme. The bridge-position humbucker is thick, dark and growly, while angled single coil in the neck has a much lower output and is a lot brighter. It’s the sort of thing that you’d get from a HSS or HSH shred guitar, where dramatic tone changes are possible at the flip of a switch.

In practice, this does present some challenges when setting up your amp for more vintage-style fare – do you optimise your settings for the bridge or neck pickup? This dilemma is compounded somewhat by the Graf Deluxe’s single tone control.

If you choose to go bright to get some bite and clarity from the humbucker, you’ll be presented with a fine tone that’s full and warm both clean and with a bit of dirt – even if you can’t completely dial out slightly nasal upper mids. But when you then flip over to the neck, it sounds like a different guitar – this is a very bright single coil, so when your amp has been dialled in to compensate for the humbucker’s darkness, things can become a tad thin, glassy and shrill. 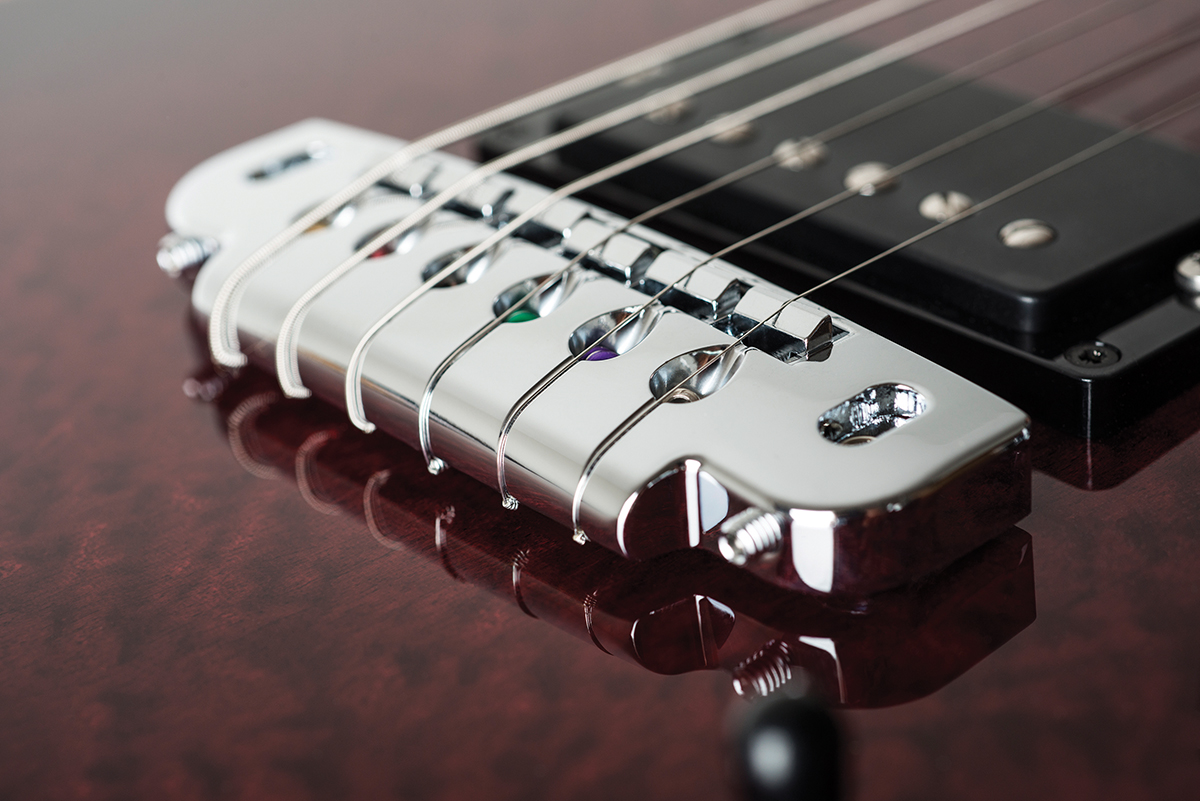 When you roll some treble off at the amp, the neck pickup does really sweeten up, and you can achieve some meaty clarity and smoothness. However, using these settings then means that the nasal qualities of the humbucker are kicked up to a level that’s borderline adenoidal.

That being said, hot-wound humbuckers tend to produce decent results when coil-split, and this is no exception. The tonal contrast between the pickups remains, but it’s more akin to the neck/bridge set-up on a Telecaster, and with the coil-split engaged, the Graf Deluxe produces three thoroughly enjoyable tones that coexist happily with the same amp settings.

The Graf Deluxe has much to commend it. It’s a shame that the pickup balance with the bridge unit in full humbucking mode isn’t quite right, because if that was tweaked this guitar would be on another level. That said, it’s still a unique guitar with easy playability, excellent resonance and some good sounds can be found with a bit of patience.

What’s more, all Gordon Smith guitars are hand-built in the UK to order, so you can spec everything from woods and neck profile, to pickups and hardware. The chances are that GS’s luthiers can create the ideal blend for you. 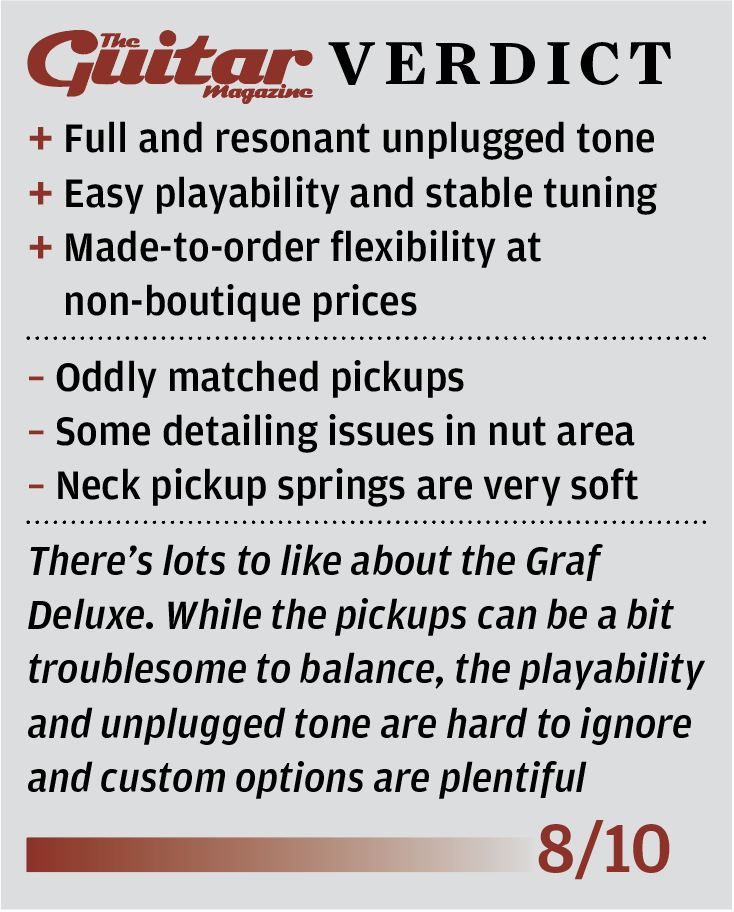