A boutique-style S-Type with a name that will be familiar to students of Fender’s recent history. 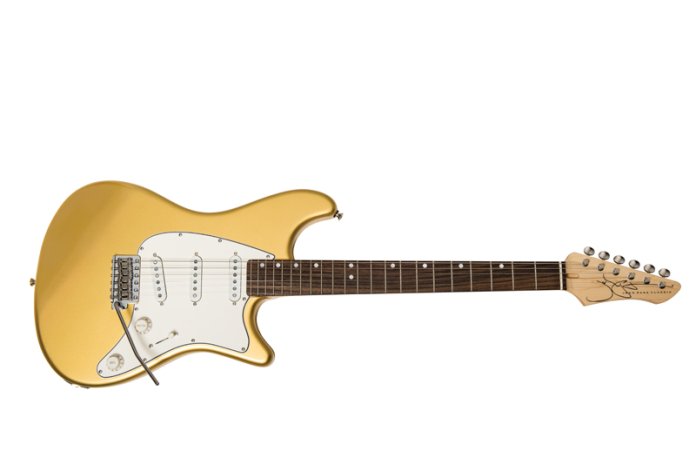 These days, John Page designs and builds a small number of custom instruments each year at his forest workshop in southern Oregon, but once upon a time he was on Fender’s payroll. Joining the company in 1978, it wasn’t long before Page was recognised as a rising star, mentored by the legendary Stratocaster and 4×10 Bassman designer (and performer of the opening glissando on the Looney Tunes theme) Freddie Tavares.

One of Page’s early designs was 1981’s Fender Bullet, but he is perhaps best known for co-founding the Custom Shop in 1987, heading it up until 1998 and creating instruments for the likes of Pete Townshend and David Gilmour along the way.

After a spell as the director of the Fender Museum Of Music & The Arts and a period away from the guitar industry altogether, building functional art furniture, 2006 saw the launch of John Page Custom Guitars.

It’s obvious where the inspiration for the Ashburn comes from, but few outside of the Fender organisation can claim to be better qualified to develop an evolved version of the design dreamed up by Leo Fender, Freddie Tavares, George Fullerton and Bill Carson than John Page.

And given that he was Custom Shop chief when the first Fender Relics were unleashed on an unsuspecting NAMM Show in 1995, it’s fair to say that Page has some experience of making ’em like they used to. 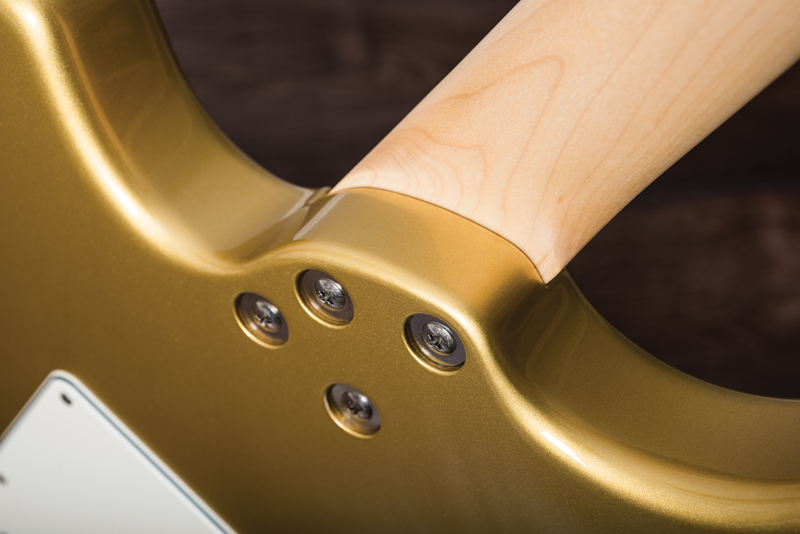 Manufactured in Japan and set up in the US by Page-approved techs, the Ashburn’s alder body, maple neck and rosewood ‘board construction aren’t exactly bold departures, but that’s not the point. What Page is aiming for here is refinement rather than reinvention, so you get a body that’s even more streamlined than the class of ’54, with bulk dressed away from the heel for unimpeded access to all 22 of the 0.095″(w) x 0.045″(h) nickel silver frets.

The neck is attached by a quartet of machine screws with threaded inserts, designed to improve vibration transference, while staggered-height Gotoh tuners negate the need for string trees, reducing friction and thus making tuning more stable and string bends smoother. Meanwhile, the reverse-slanted bridge pickup is positioned to even out any high-end spikes and focus the bass.

It’s a compelling recipe, and the `medium C’ neck provides a big ol’ playing field that manages to feel quite wide and flat but not excessively thin. The fretwork is neat, the edges of the fingerboard are lightly rolled and the whole vibe would suit a technically proficient lead player who wants something to dig into.

The bent-steel saddle Gotoh 510 vibrato bridge arrived set up from the factory with three springs, a tone and a half’s pull-up on the bass side and a tone’s worth on the treble side. When it’s fully depressed, your strings are so detuned as to almost resemble spaghetti, and the travel is smooth and very musical – just don’t lose the Allen key that tightens the small grub screw that secures the arm in place!

Page’s Bloodline JP-1 flat-pole single-coil pickups have alnico V magnets and measure 6.38k at the neck and middle positions and 7.38k at the bridge, thanks to an additional 1,200 turns. As the middle unit is reverse-wound, positions two and four are hum-free.

Testing the Ashburn at band levels with a variety of valve combos, including a Swart Atomic Space Tone loaded with a very crisp alnico speaker and the much darker-voiced Tone King Falcon Grande, gives the impression of a bright yet smooth and balanced modern S-type with woodiness and soul as you dig in. 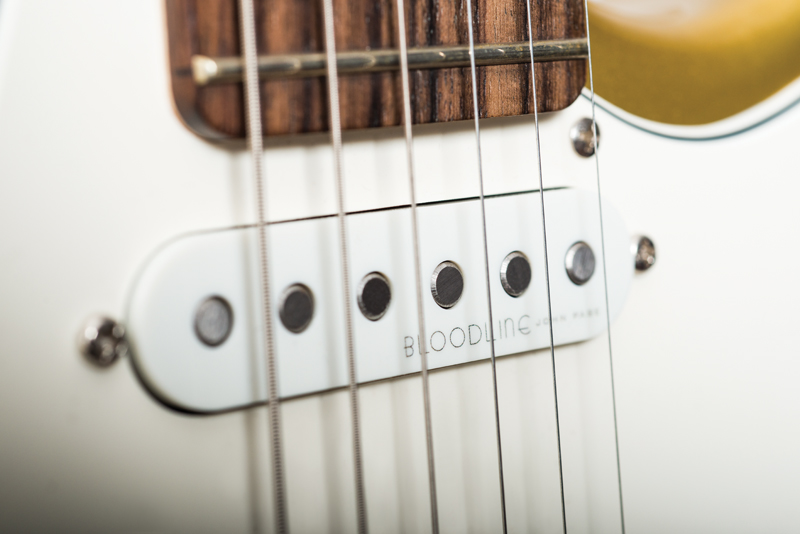 It simply loves being plugged straight into an old tweed amp, too, and the simplicity of this signal chain reveals plenty of harmonic complexity.

With more preamp gain from the amp or pedals, having a single master tone control is a genuine boon for lead playing, as it allows you to pick your spot in the mix as clinically as a tennis pro dispatches a volley. Roll the tone control off in position two for a nasal-yet-fluid `woman’ tone, then flip to the bridge and roll it wide open again to step on the throttle.

With the neck pickup engaged, try riding the tone with your little finger to add even more expression to a slow blues.

The volume control is a useful colour-changer, too, and rolling it back to clean up acts as a gradual softener rather than an increasingly thick blanket. Into a hard-working 6V6 power stage, using the neck pickup with the tone set wide open and the volume rolled back to about halfway creates a sweet and expressive sound indeed.

The Ashburn isn’t necessarily the kind of S-type that you’d turn to first when it’s time to get nasty – it’s simultaneously smooth and hi-fi, offering arguably more of a cerebral proposition than the white-knuckle fireworks of some vintage originals and vintage-voiced Custom Shop Fenders.

If you pick hard down by the bridge into lashings of spring reverb or echo it will travel back in time convincingly to the late 50s and early 60s, but you need a suitably obnoxious, old-school amp on hand to get there – there’s not that inherent spite in this guitar’s character. You get the sense that the Ashburn would be better suited to being played by Nile Rodgers rather than Dick Dale, and Gilmour rather than Townshend. 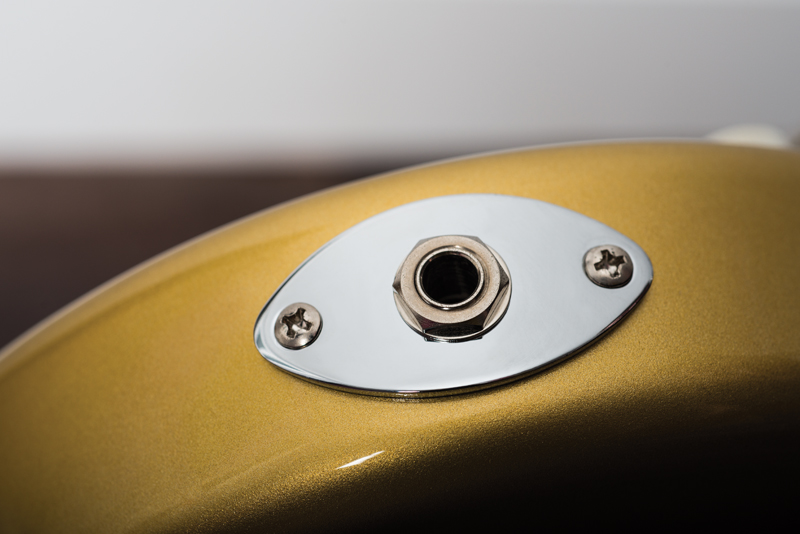 As guitar journalists, it’s only natural that we celebrate the period from the early 1950s to the early 1960s as the golden era of electric guitar design, but it’s worth reminding ourselves every once in a while that not everyone believes Leo et al got it absolutely right at the first time of asking.

There are plenty of players out there who will undoubtedly appreciate the refinements to the time-honoured formula that Page’s vast amount of experience has brought to the Ashburn and, as long as you aren’t a rip-roaring, uncompromising retro-rocker then we’re sure that you’ll find plenty of tones to love here. And the best bit is that the Ashburn delivers boutique-level build and performance at the kind of price that won’t prove way beyond the financial means of the average gigging guitarist. 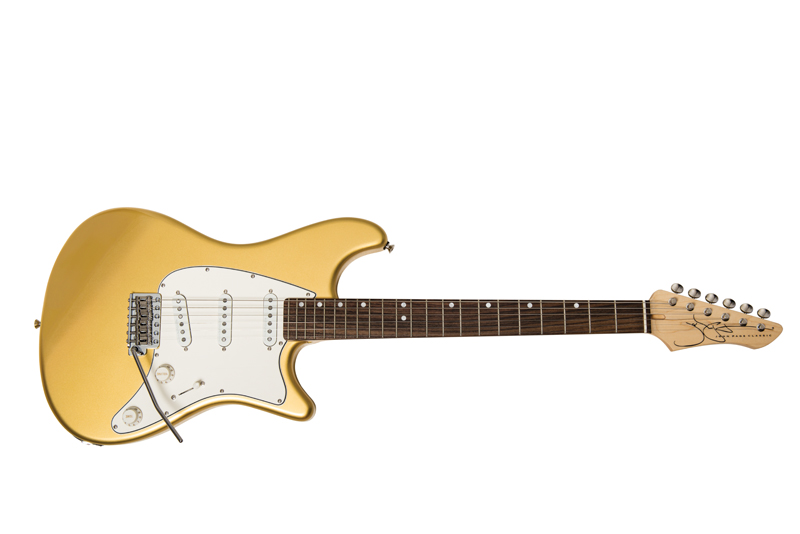 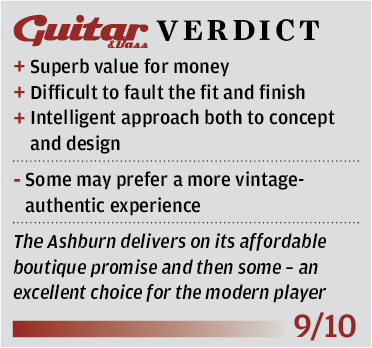