Not just for metalheads, this affordable baritone from PRS is far from a one-trick pony, as we find out. 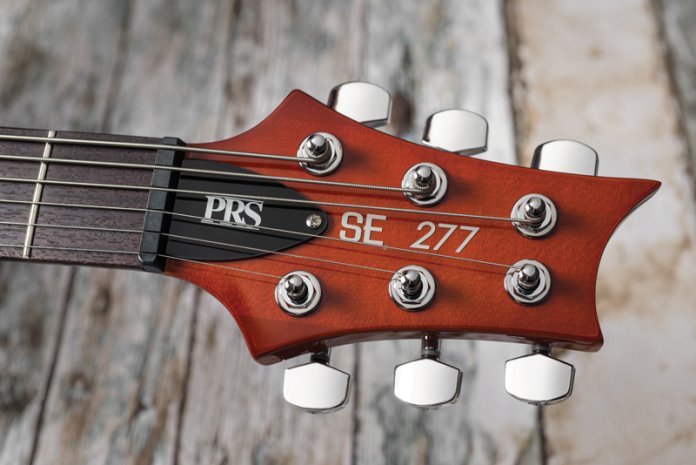 Although PRS has built baritones in its Stevensville, Maryland facility for several artists on its roster, 2008’s Korean-made SE Mike Mushok signature model was the company’s first production instrument of this type.

Staind guitarist Mushok’s thick sound typifies what many casual observers most readily associate with the baritone guitar, but the reality is that these instruments can be used for much more than just heavy rock – think Wichita Lineman or the Twin Peaks theme for starters. With the Mushok model having run its course, Doug Shive, the head honcho of PRS’s SE division, decided that it was time for an update to bring the brand’s baritone offering into line with the rest of the SE stable. 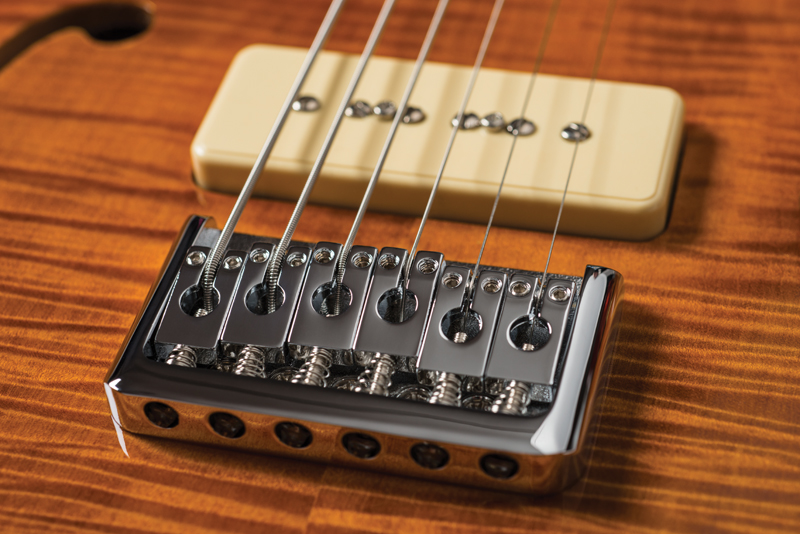 Thus, the SE Series is now graced with a pair of 277 baritone models named after their 27.7-inch scale length: a humbucker-loaded solidbody and this Semi-Hollow version with soapbar pickups. Aesthetically, the Semi sports the classic PRS combo of flamed maple, sunburst finish and bird inlays but that attractive flame is a veneer atop a plainer section of timber.

Savings generated by construction methods such as this in the SE line allow PRS – via the World Musical Instrument factory in Korea – to deliver an overall level of fit and finish that remains extraordinarily good for the money. 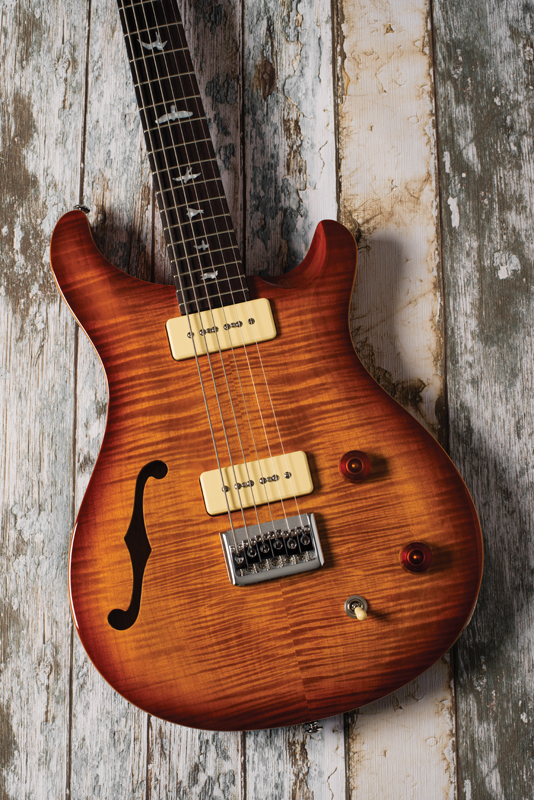 Despite arriving with fairly hefty 14-68-gauge strings, the Wide Fat neck shape makes this an easy, stable player and the physical acclimatisation period is so brief as to be virtually non-existent. Shive explains the rationale: “A scale length in the 27- to 28-inch range works best [for baritones]. The familiar B-to-B tuning works well and is easy for a guitar player to make the switch.”

The pickups have been chosen carefully, too: “Lower-output pickups are important so that it doesn’t sound muddy,” says Doug. “When we sent baritones to artists in the past, we would often wire the humbuckers with a coil tap and the default setting was single-coil.”

For the uninitiated, it’s not as simple as assuming that a baritone guitar sits between a regular electric and a bass in a band mix. Judicious use of EQ is your friend, and it allows you to cover ground that both of those instruments would ordinarily inhabit. 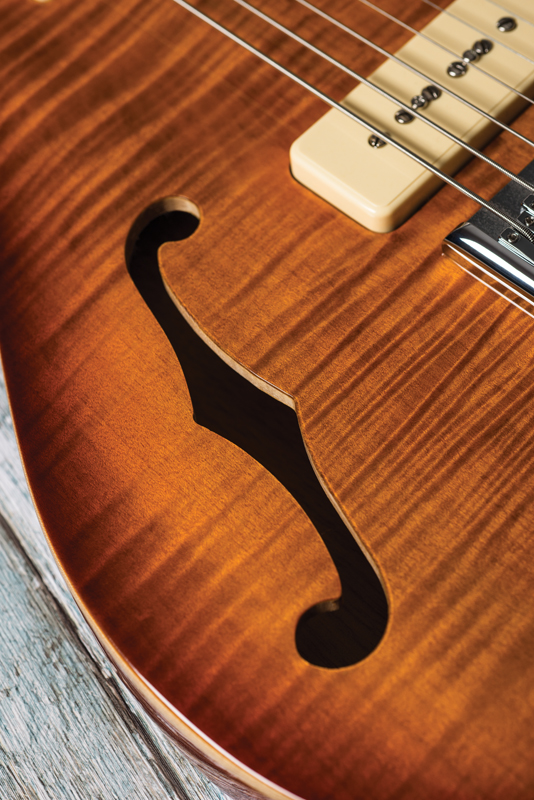 Grab a looper pedal and try using the neck pickup to lay down a bassline on the low B string – right-hand damping helps create a bass-like thud. Once you’ve flipped to the bridge pickup and added some chords over the top, you might find that engaging a wah and leaving it in the toe-down position creates a biting lead tone that cuts through perfectly. Into heavy spring reverb, this is also a great 60s-style, biting lead sound. By now, you’ve already done a pretty convincing impression of a full band – minus drums – with just one instrument and a couple of stompboxes.

When you turn up the drive, the middle pickup selector position is hum-cancelling, but neither pickup in isolation is too unruly. High gain and high volume equal hum but not undesirable microphonic feedback. 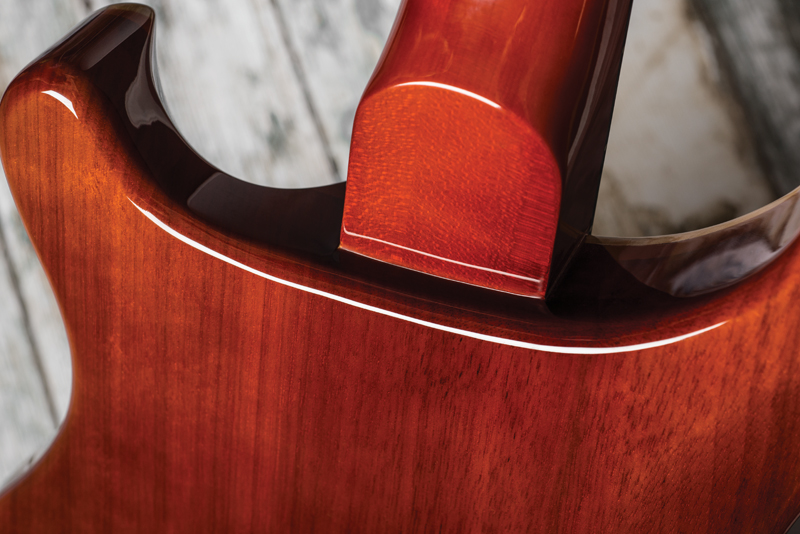 In B or Drop A, the P-90s lend themselves towards the mid-rich throb of QOTSA and grainier Deftones textures rather than full-on contemporary metal crunch, but there are more than enough extended-range instruments on the market designed to do the latter. Indeed, in a heavy two-guitar band, the Soapbar would make an interesting sonic foil for the other guitarist’s humbucker-loaded instrument. 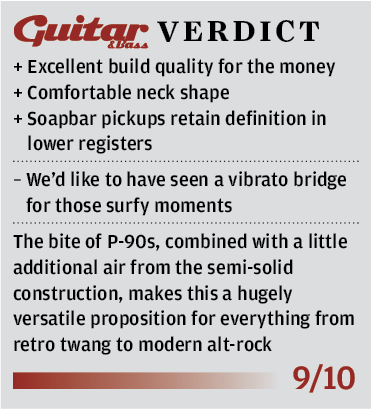