Tony Zemaitis’ guitars became iconic thanks to the rockstars of the 1970s. We take an in-depth look at a 1978 example… 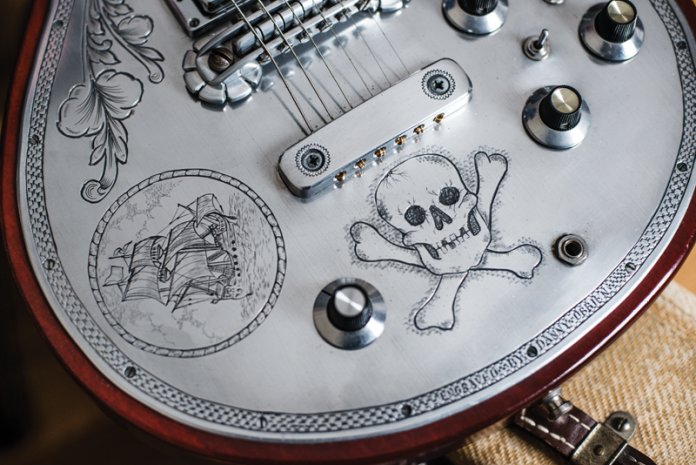 It’s no wonder so many rock stars ordered guitars from Tony Zemaitis back in the 1970s. These instruments have such show-stopping charisma that you’d need to be a superstar in your own right (or imagination) to avoid being upstaged. Put it this way, this is not the obvious choice for your local blues jam down at the proverbial Dog & Duck.

Meeting Tony Zemaitis sounds like an enjoyable experience. Mickie Owen travelled to Tony’s house and was treated to a meal and a glass or two of wine when he ordered this guitar in December 1977. Tony liked to discuss his customers’ preferences and gauge the size of their hands so he could carve neck profiles they would find comfortable.

While he was working on the guitar, Ronnie Wood paid Tony a visit. His Zemaitis had been stolen and he asked if he could have Mickie’s guitar. To Tony’s credit, he told his celebrity customer he would have to wait his turn like everybody else, and by April ’78 Mickie’s guitar was ready for collection.

Initially, this guitar was supplied with passive electronics and some different humbuckers. Mickie didn’t care for their heavy metal tone, so a year later Tony installed a pair of Gibson humbuckers and active electronics. Mickie was pleased with the results and subsequently used the guitar on Recharged and Meltdown by The Vibrators and Garrie and The Roosters’ Shake It Down.

Zemaitis guitars are known for their pearl inlays and metal tops. Danny O’Brien engraved the metal tops and this one features Mickie’s name alongside the date, plus a galleon and skull and crossbones. 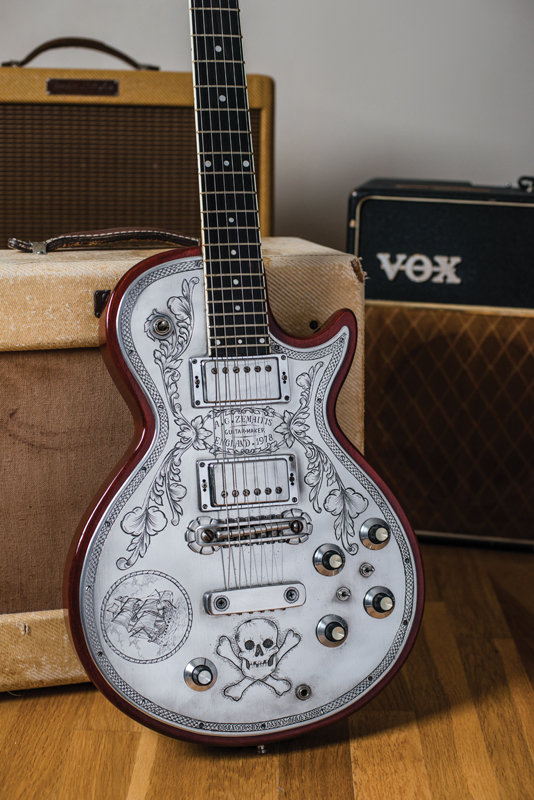 Both evoke vintage tattoo designs – definitely the type that you might regret having done after a long night on the beer.

I’m struck by the sheer quality of the hardware on the Zemaitis, and it all looks custom made. The aluminium bridge parts are extremely solid and everything bolts together so firmly – extraneous noises would be inconceivable.

A rear headstock veneer tapers into the slim but wide D-profile neck. The ebony board is bound, but Tony would saw through the binding to install the skinny but tall frets. A weight of almost 10lbs puts this one on a par with typical Les Pauls of the era, and acoustically it’s surprisingly resonant. 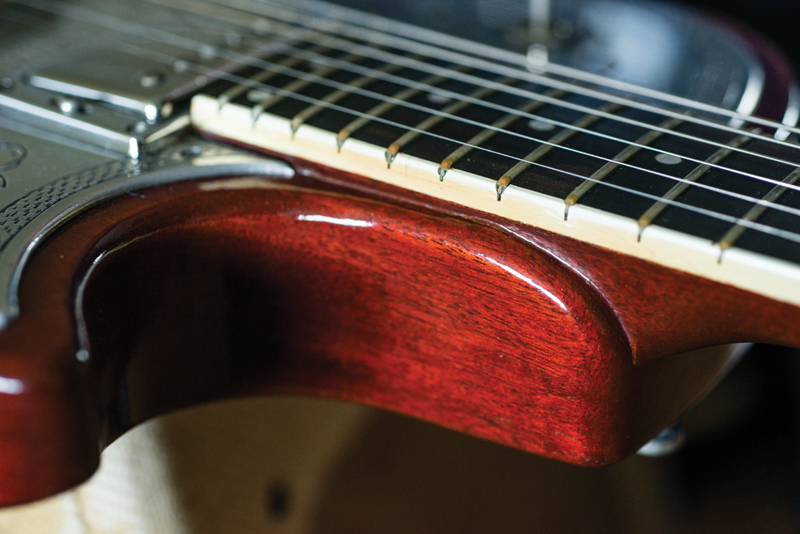 Maybe the extensive cutouts for the active circuitry and extra controls help, but the chiselled-out recesses would make you believe Tony was unacquainted with routers and the crude backplate does not appear to be O’Brien’s work.

Examining a Zemaitis in person reveals just how much the standards we expect of bespoke guitars have changed since Mickie ordered his model. It’s not as if it’s badly made – far from it because this example couldn’t be more structurally sound – but the obsessive attention to detail and finishing perfection we might associate with contemporary builders isn’t in evidence. Instead, you get something that is proudly and defiantly handmade, and therein lays the charm.

Despite appearances, this is not a regular Les Paul-style layout. Both volume controls are placed above the tone controls and their arrangement corresponds with the pickup placement; so the neck volume is closest to the bridge. The pickup selector feels nothing like a Switchcraft-style switch. Instead, it feels stiff and solid, and it clunks into position like the stubby stick shift of a classic sports car.

When I first plugged in, I discovered a very enjoyable range of tones that were very much in line with expectations of a dual-humbucker solidbody. The pickups are clear and articulate, with a mellow delivery and forward mids. 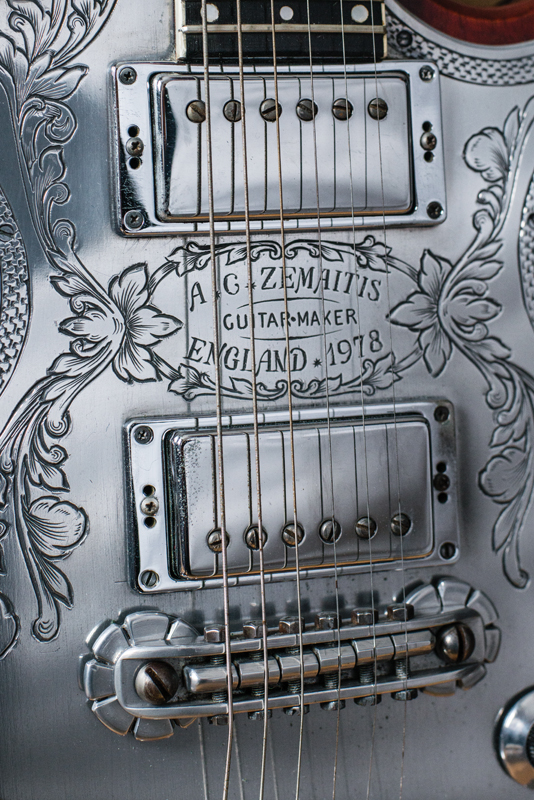 They are quite dark and I noticed an interesting overtone in the upper-mids – almost like a cocked wah. The bottom toggle switch, located between the tone controls, activates the Zemaitis’ bass cut. Similar to the Varitone in concept, there’s a sizeable drop in output as the tone takes on a scratchy hollowed-out honk that’s a whole lot of fun on its own and even better when bolstered by the bridge pickup.

The trick is to back off the bridge volume a tad to balance things out, and you’ll hear a dark jangle with natural compression that is utterly distinctive. It adds a raft of usable tones, especially when running through a clean amp.

The onboard preamp on this Zemaitis should carry a government heath warning. The upper switch activates the preamp with a gentle click and the control knob adjusts the output level from ‘is it on?’ to ‘you can’t be serious’. If you’re playing through a clean valve amp, when you activate the boost you get instant crunch, sweet sustain and bone-crushing power.

Remember, this Zemaitis was commissioned at a time when high-gain amps were not commonplace. We may take easy overdrive, distortion and sustain for granted these days, but back then guitarists had to put considerable effort into achieving heavy-rock tones – especially for soloing. This guitar puts 70s-style rock and metal tones at your fingertips, and to call it muscular would be an understatement. 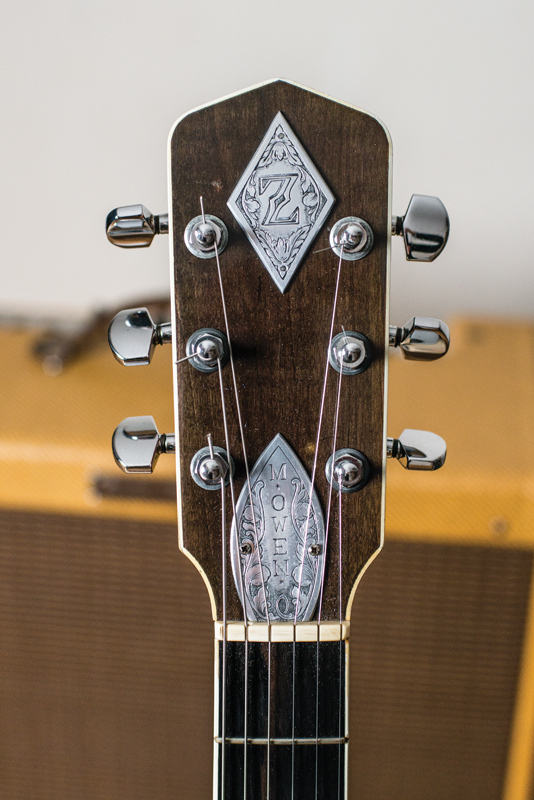 The preamp also brightens the tone in a very useful way and adds a degree of punch to the front end of notes. This means that you can pile on the overdrive but still comfortably cut through a band mix. The controls are hardly intuitive, but once you figure out how everything interacts there’s a vast range of clean and dirty tones to be accessed by a small turn of a knob or a quick flick of a switch.

This Zemaitis sounds as special and distinctive as it looks. However, you do need to experiment and dig deep before you can understand how sophisticated and versatile it is.

For me, it wasn’t love at first strum, but once I figured it out, I understood why so many name players, who could afford any guitar they wanted, bought one of these. Thanks for the loan Mickie, it was both a pleasure and a privilege. 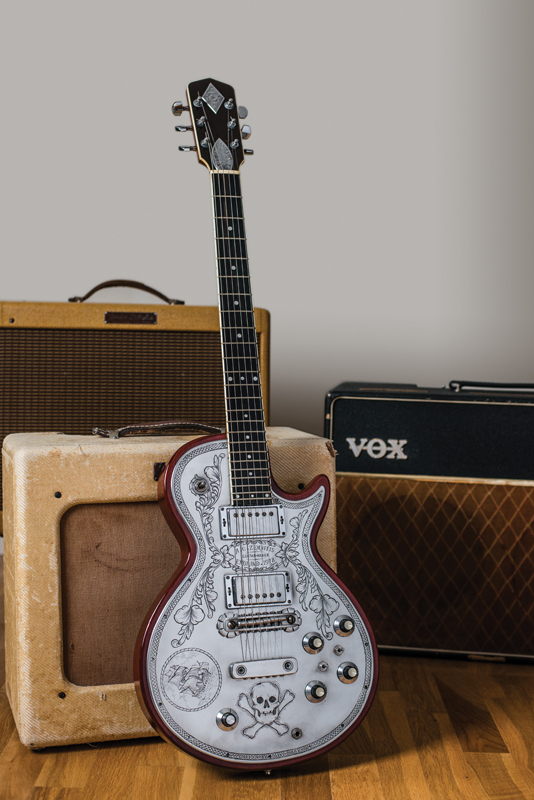