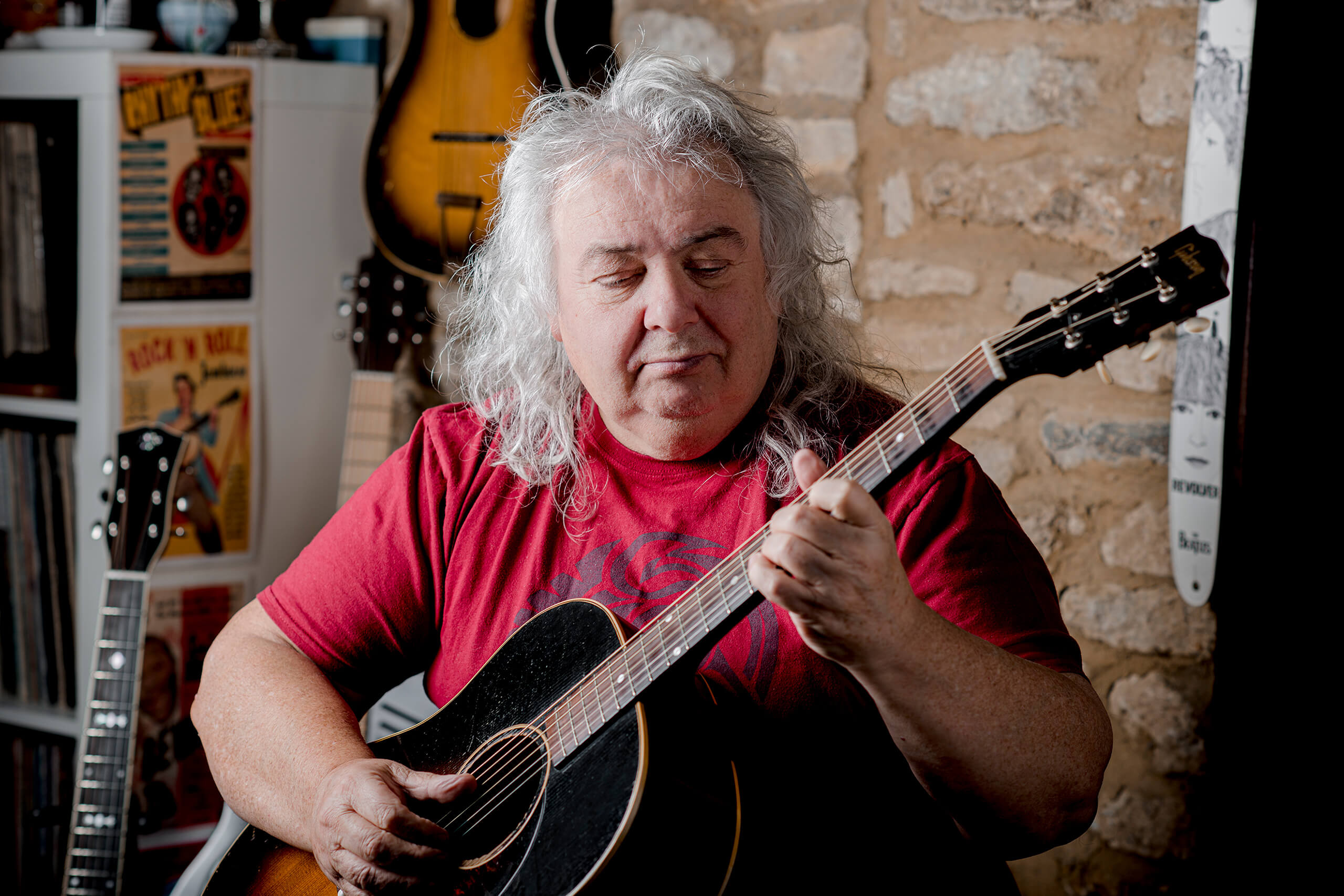 Over the past couple of decades, Bernie Marsden has added some spectacular vintage acoustics to his guitar collection – we check out the highlights and find out how the former Whitesnake man was bitten by the unplugged bug.

For even the most devout worshipper at the altar of the electric guitar, there’s something deeply personal about the connection between flesh, wood and string that occurs when playing a great acoustic instrument. The resonance, the spectral halo of harmonics that surrounds the notes, and the lack of places to hide – this is guitar playing at its most exposed, its most direct and its most visceral.

The strange events of 2020 have seen many of us reconnect with our acoustic guitars and come to appreciate them like never before and, although he’s best known for wielding his 1959 Les Paul Standard on such hard-rock anthems as Here I Go Again and Fool For Your Loving, Bernie Mardsen is no exception. Though he doesn’t consider himself an acoustic specialist and self-effacingly cites Martin Simpson as an example of a “real” acoustic guitar player, Bernie’s collection contains an array of spine-tingling vintage acoustics and he certainly knows his way around them.

We pay the former Whitesnake man a visit at his home in Buckinghamshire, where he ruminates on his past and explains that it wasn’t always this way. “I guess it was the same for everybody like me,” he says. “When you began, you persuaded your mum and dad to get you a guitar.

“I guess it was the same FOR everybody like me. When you began, you persuaded your
mum and dad to get you a guitar. When you were a teenager, acoustic was the only way, because you could buy one for a couple of quid”

“When you were a teenager, acoustic was the only way because you could buy one of those for a couple of quid, a fiver maybe. And that’s what happened to most of us. I was never really bothered about acoustics as I’ve never thought about myself as a very good acoustic guitar player.”

Several decades and a hell of a lot of record sales later, Marsden was the proud owner of a fine electric guitar collection, but a friend and guitar shop owner in Pennsylvania managed to lure him down the unplugged path. “Jim Singleton of Jim’s Guitars in America just pulled me in really to the beauty of how well made these things were, and that the collectibility was maybe going to become something,” Bernie says.

“A lot of people like me were overlooking them to get the next Firebird or Les Paul Junior or Stratocaster. He kept saying, ‘Play this’. I went to his house and in his basement he had a couple of beautiful J-50s and J-45s. He said, ‘You know they’re not expensive. I’ve got two in my shop at the moment.’ And they weren’t expensive, not really. And what you get is a musical instrument hand-made by two or three people, whether it was in the 1930s or the 1950s. And that’s how I got into it.”

Old Gibsons were the gateway drug, and soon he had one of his own, in the shape of a 1955 Gibson L-5: “I found the L-5, and that turned me. I thought, I’ll get a couple more of these. Then about 25 years ago probably I started – not to look around for them, but I didn’t dismiss them too quickly.

“And I soon started to realise instead of four or five I had like, 20. Then I became a bit of an acoustic demon, so that’s why I have the Martins and things that come up so rarely. But acoustics-wise I’m a johnny-come-lately, really. I enjoy playing them. There’s a J-45 around the house and I leave one in the studio.”

Although gigs aren’t exactly plentiful for anyone right now, when Bernie takes to the stage with an acoustic guitar, he tends to leave the collector’s pieces at home and opt for something more modern.

“I’m endorsing Alvarez at the moment,” he reveals. “I haven’t had the chance to promote them that much because of lockdown and stuff, but they are working out well and the guys I’ve been working with are very helpful. I’ve got a six-string and a nice 12-string as well.

“You don’t want to take the vintage acoustics on the road, they’re too good to risk damaging or losing. And I don’t want to start carving them up to put pickups in. I know you can do it very subtly these days but I don’t need to. I’ve got perfectly good modern guitars with great pickups that sound great through PAs. So I’m kind of split between the two, really.”

We often remark that great old guitars sound like records, so we suspect that Bernie – a man whose vast vinyl collection speaks of a deep love for classic pop, rock and blues recordings – has enjoyed similar lightbulb moments on his journey into the world of vintage acoustics. Sometimes it can even be quite eerie when you pick up a vintage guitar for the first time and there’s an uncanny familiarity to its voice.

Marsden agrees. “You go into a non-standard tuning and play a Steve Stills song and it’s instant,” he says. “You say ‘Oh, he was using one of these.’ And you find out that he was. Or James Taylor playing his old J-50. You grew up with that stuff without thinking, ‘Oh, what a beautiful acoustic guitar’, but subliminally it was going into your mind.”

By the time Bernie was in the recording studio during the heady days of Whitesnake, acoustic guitars took a backseat to humbuckers and Marshalls. When it came to tracking acoustic parts, he rarely used a guitar of his own.

“I think I had a Yamaha back then. Micky [Moody] had the acoustic guitars so he would bring his acoustics in and usually I would play his. Especially if we double-tracked, we’d just use the same guitar.

“Funnily enough they sounded quite different, between the two of us. I think he had a D-18 – the Whitesnake stuff would have been done on Micky’s Martin. I certainly didn’t have anything as luxurious as he had then; I was spending my money on Firebirds!”

Though Bernie still has a penchant for a nice Firebird, these days he’s just as likely to be eyeing up pre-war archtops and century-old parlour guitars. And if the snippets of guitar playing he treats us to during our photoshoot are anything to go by, there’s plenty of new music and inspiration still to be found in these wonderful old machines.

Take an even deeper dive into Bernie’s guitars in Tales Of Tone And Volume, a deluxe hardback available now via berniemarsden.com.