Put away for a while, this double-neck recently seen stage action again. 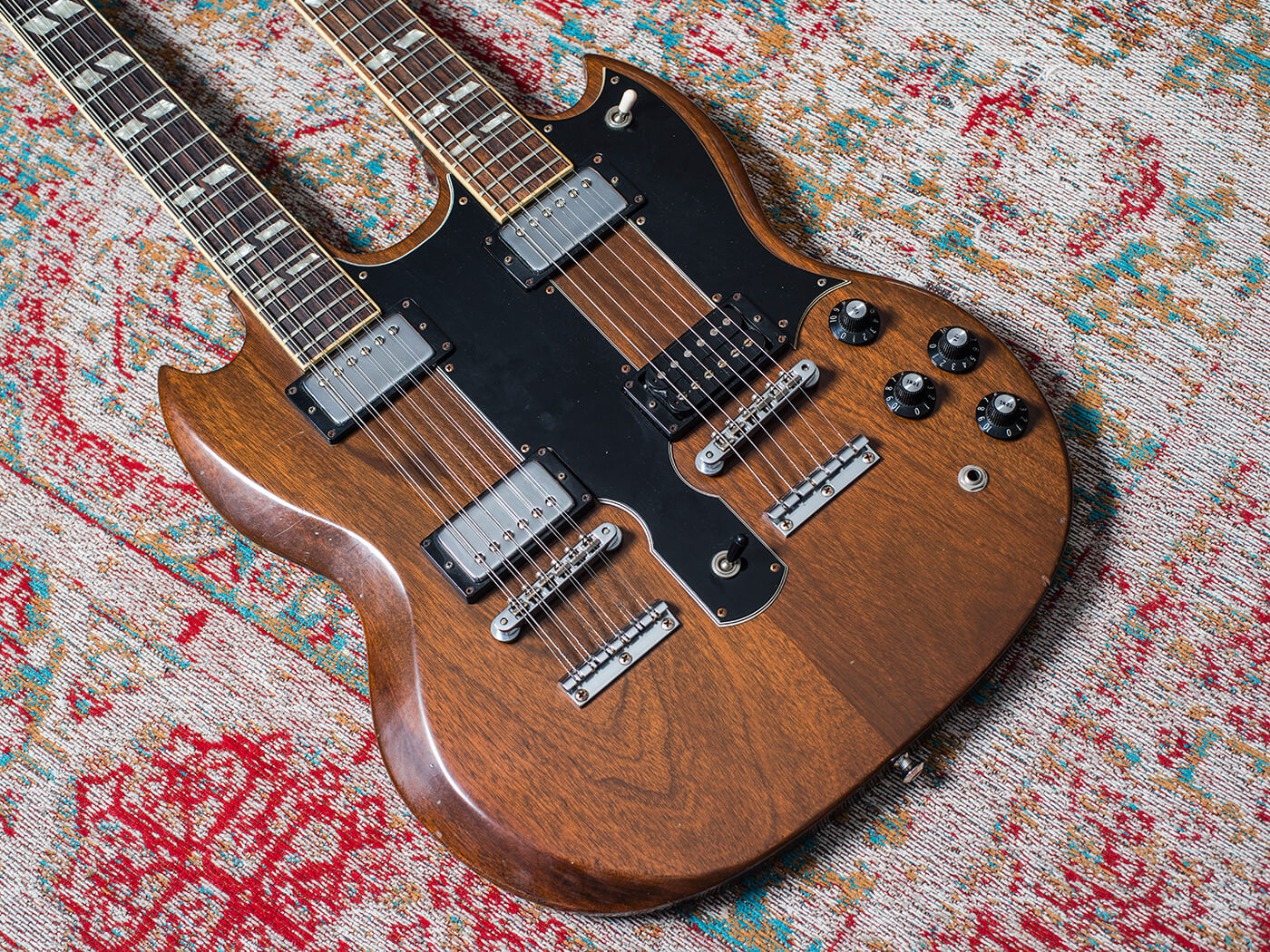 Holiday acquired his mid-1970s walnut Gibson EDS-1275 Doubleneck in the early days and used it before Rival Sons had even settled on a band name. Although it was put away for a while, it’s recently seen stage action again. And although Holiday was eagerly awaiting the arrival of a custom Kauer Super Chief Doubleneck at the time of our interview, it doesn’t mean the vintage Gibson is set to be retired any time soon.

“Believe it or not, it won’t,” he says. “On this record, I use the Doubleneck for three songs we play live, every night. And I have two tunings that I use. So right now, my poor fucking tech has to change the tuning on the fucking Doubleneck 12-string and it’s brutal! I use a DADDAD tuning – the middle Ds are droning – and I use a DADGAD as well. So it’s a real bitch for my tech. And it’s capo’d! On Feral Roots I use a capo. So he’s just like, ‘For fuck’s sake! Are you kidding me?!’

“We kind of have to formulate the setlist so it’s realistic for him not to want to kill himself or me. This new Kauer will alleviate that – I’ll actually be playing two Doublenecks live. I know it’s over the line, but it’s necessity. You are either going to love me or hate me! [laughs]”