The iconic Chicagoan music retailer showcased some of the rarest instruments from its Vault at Guitar.com Live.

Guitar.com Live: Chicago Music Exchange is one of the world’s premier destinations for vintage guitar shopping, and at Guitar.com Live, the iconic music retailers opened up their Vaults to give six-string fans around the globe a rare look and listen to some ‘holy grail’ guitars. Here’s what we got to see…

A holy grail for collectors and in mint condition to boot. This 1959 Gibson Les Paul Standard is an early example to don many of the features iconic to Les Pauls models even today.

First, it has the classic sunburst finish, first introduced in 1958. Secondly, the instrument comes outfitted with a pair of Seth Lever’s historic PAF humbucking pickups – largely considered to be the essence of the Les Paul sound – and only found in models from 1957 and onwards.

Some fascinating appointments set this ‘56 Gibson Les Paul model apart from its production line peers. By 1955, most Gibson Les Pauls had transitioned away from the traditional wrap-around bridge and to the Tune-O-Matic bridge and tailpiece system, which we’re most familiar with today. This ‘56 Les Paul is an exception, and not only has a classic wrap-around bridge, but a completely gold finish – which stretches from the body all the way to the back of the neck. 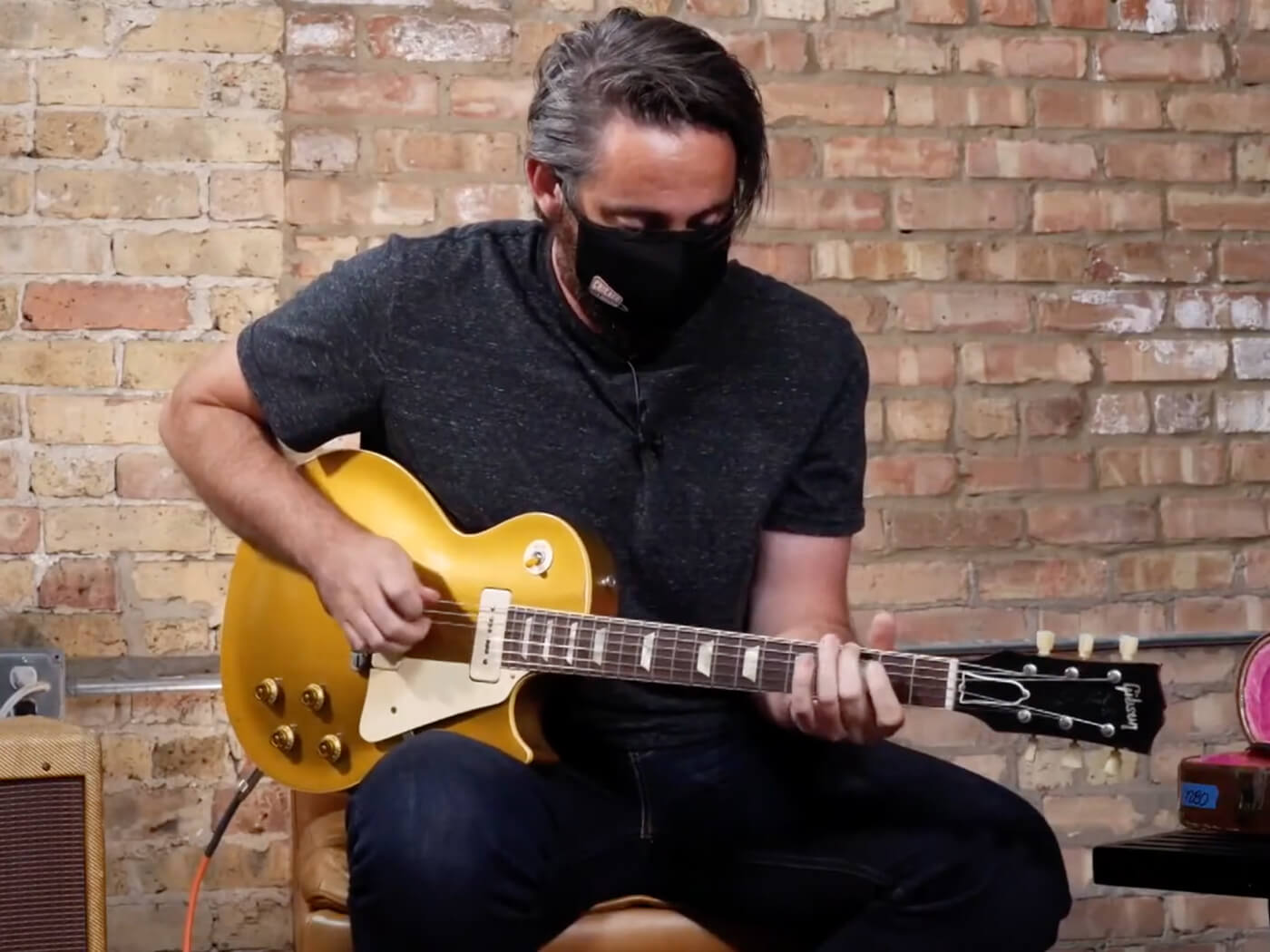 Fender’s original Pink Paisley Telecasters were named after their brilliant psychedelic finishes – which were actually wallpaper affixed onto the body and covered in a clear coat. This ’68 model is distinct in that it also has a one-piece maple neck and maple cap. Plus, it’s been wonderfully kept, and with minimal body checking.

Not only were only nine of these rare double-neck instruments from Gibson ever made, but only two were ever finished in black. Most associated with Led Zeppelin guitarist Jimmy Page, the double EMS-1235 combines a mandolin top section, equipped with a PAF humbucker, with a Bigsby-outfitted electric guitar lower section outfitted with two PAF humbuckers. The guitar’s original receipt and tags also revealed its original selling price at the time: $559 CAD.

Specially ordered from Gibson’s Kalamazoo factory back in the day, this 1960 Gibson ES-335 comes with a natural finish, custom split parallelogram inlays (instead of dots) and a vintage Bigsby. Kept original down to the wiring harness and PAF humbuckers, this semi-hollow sonically exemplifies why 335s were as revered back in the day as they are now.

One of Chicago Music Exchange’s most recent acquisitions – this 1968 Martin D-45 harks back to the legendary dreadnought’s second production run. Shortly after 1969, Martin phased out its use of Brazillian rosewood in lieu of Indian rosewood, making this guitar one of the last to feature the tonewood in its back and sides. The instrument was particularly popular with singer-songwriters of the ’70s, with the likes of Neil Young, David Crosby, Graham Nash and even Jimi Hendrix owning a ’68 model. 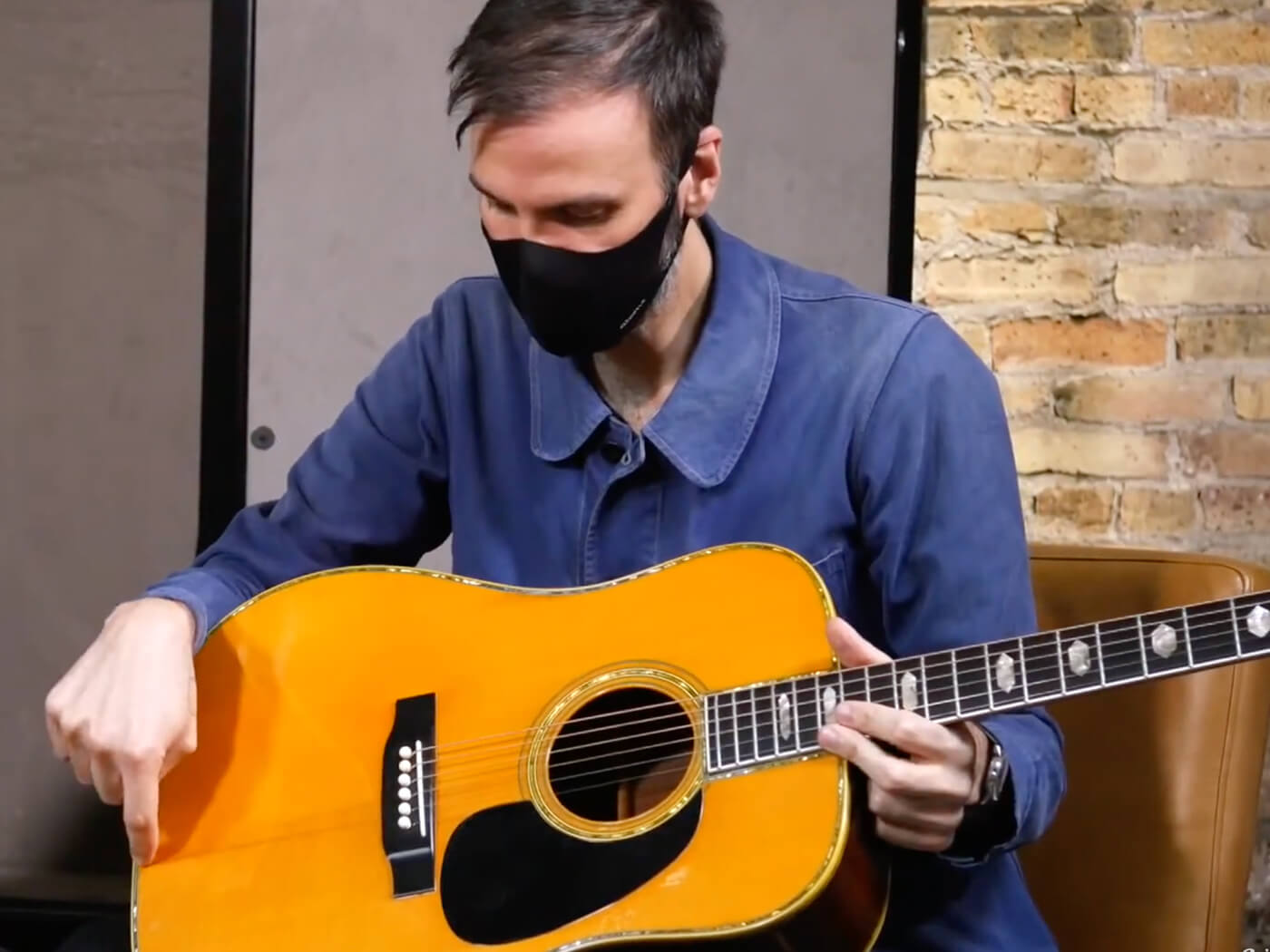 Watch more videos from the virtual guitar show at Guitar.com/live