In Pictures: Maton: Australia’s Guitar charts the history of Down Under’s most beloved guitar brand

A sprawling exhibition devoted to the brand which counts Keith Richards, Keith Urban and George Harrison as fans.

On 25 July, the largest exhibition of Australian guitars and a survey of over 70 years of music opened at Sydney’s Powerhouse Museum – Maton: Australia’s Guitar. It presents the sprawling personal collection of avid guitar player and art collector, Wadih Hanna, and proudly showcases the intricate and extensive history of Australia’s leading guitar manufacturer, Maton.

Founded by Melbourne-born jazz musician and luthier Bill May in 1946, Maton is a pioneer in the field and has produced more than 200 guitar models since its humble beginnings in May’s garage workshop. It built its first commercially produced instrument that same year, under the name Maton Musical Instruments Company, and the company remains a family-owned business in 2020. 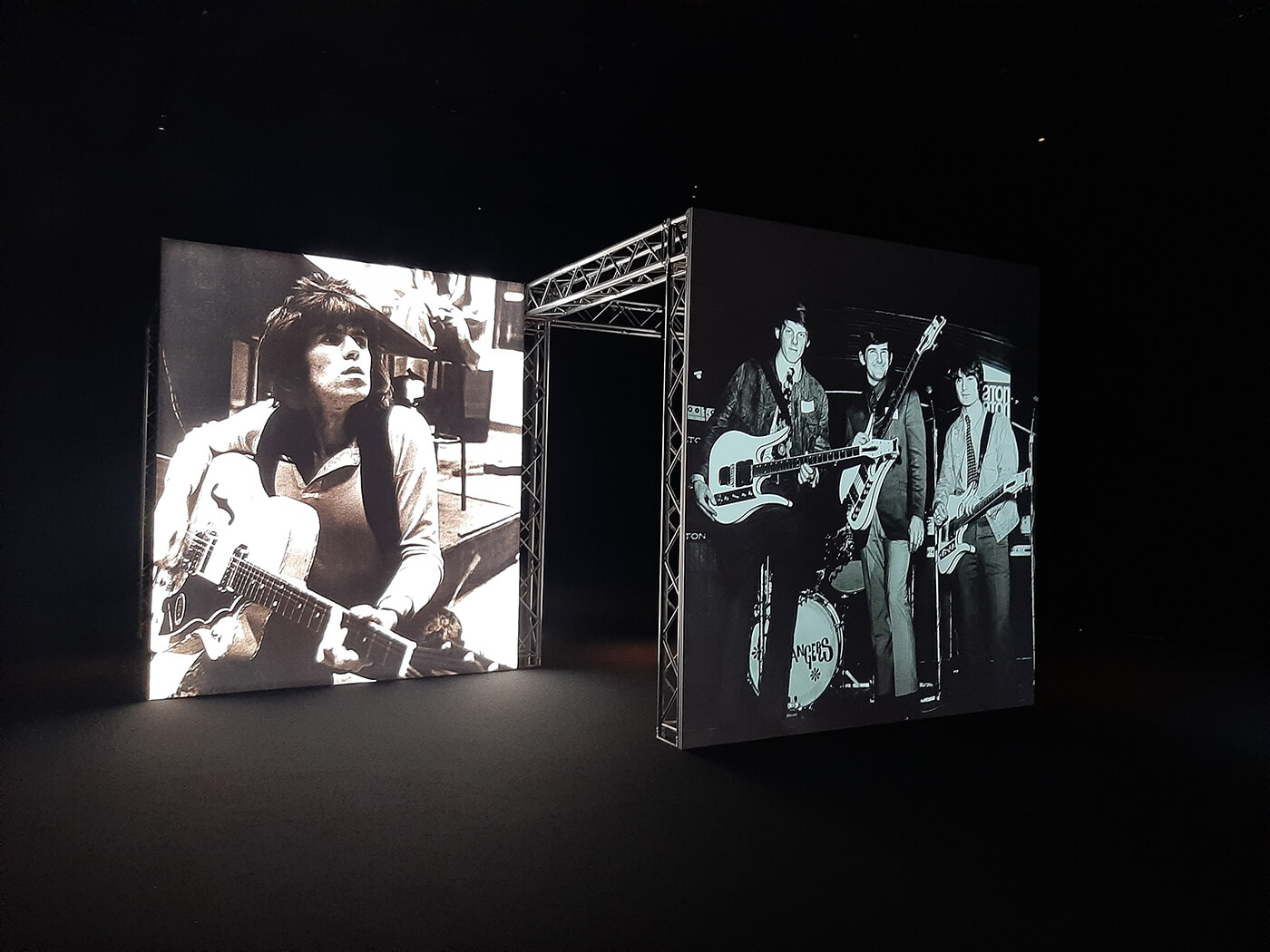 Maton: Australia’s Guitar explores the company’s influence on the music scene in Australia and beyond. The brand has earned recognition for its use of high-quality tonewoods and innovative designs, and counts the likes of Australian and international musicians like Archie Roach, Keith Urban, Missy Higgins, Gordi, Tex Perkins, George Harrison, Keith Richards, Tommy Emmanuel and more, as fans of its instruments.

The centrepieces of Maton: Australia’s Guitar include the first acoustic and electric guitars ever made by the brand, as well as signature instruments for a few leading Australian players.

Curator Damian McDonald took Guitar.com through the expansive gallery of more than 200 guitars, amplifiers and cases, discussing his personal picks of what he calls “an important documentation of Maton’s history”, each piece highlighted for their ingenuity, historical significance, and their exemplary playing qualities.

Read on for some of our favourites.

The Archtop GA1 sits nobly as the start of the exhibition – rightly so, as it was the first production model ever made by the company, in 1946. Maton Archtop models are renowned for their woody, round and even tone, thanks in no small part to their tailpieces.

Beneath the Archtop sits this 1946 Electric E1, the first ‘fully’ electric guitar Maton ever built. According to McDonald, May wasn’t really interested in making electrics initially, but was persuaded by a musician at the time, Jack Wilson, who made the request for a custom piece.

One of the true highlights of the exhibition has to be this 1960 Mastersound MS500 – Tommy Emmanuel’s first guitar. Influenced by jazz, country, blues, folk and bluegrass, Emmanuel is lauded as one of the world’s greatest guitar performers – and it was practising on this instrument at the age of six that helped shape his stellar style.

“Most guitarists learn on an acoustic – that’s the tradition. [But] Tommy’s dad bought him [an] electric guitar,” McDonald says. “He gifted that guitar to Maton and they have it in their collection.”

The Mastersound boasts a silver silkwood body and a Queensland maple neck, with a chrome stop tailpiece and bridge. To mark the 50th anniversary of the line in 2008, a reissue of the 1958 classic was made available, cementing the Mastersound’s reputation as an instrument built to last.

Here’s another Emmanuel guitar, with a slightly less auspicious backstory. One of only two of its kind, it’s an incredibly rare 2005 Flaming Arrow that sticks out on the wall like a gloriously sore thumb.

“It’s really rare to find an acoustic Flying V – like the bass, is a difficult shape to get a decent sound out of,” McDonald explains.

As it turns out, this guitar was custom made for Emmanuel – but he didn’t like it. “He didn’t think it really suited him,” McDonald says. “I think it was just the feel of playing it, he just didn’t suit his style of playing.”

Australian Country Music Hall Of Fame inductee Lindsay Butler is one of the country’s most sought after musicians, so it’s only natural that several of his signature models are a part of Hanna’s collection. This 1988 Lindsay Butler Tamworth Guitar, a black S-type dubbed the FB86, also bears the musician’s signature.

Made in 1959, the Big Ben BB66 seen above was the first bass to be commercially manufactured in Australia. This particular model is considered very rare, with serial number records indicating that only 235 instruments were made between 1959 and 1963. The Big Ben, a short-scale bass, was available in two forms: as single-pickup and dual-pickup versions.

Another unique gem, the 1967 12-string Sapphire DC545 dazzles beneath a spotlight with its twin cutaways, slim neck and distinct cherry colour. Owned by Harry Vanda of Sydney rock band The EasyBeats, it’s the very instrument that was used to write the riff for their classic song Friday On My Mind – the sheet music for which sits alongside the discontinued model.

Maton: Australia’s Guitar is now open until 11 October 2020 at the Powerhouse Museum in Sydney, Australia. Learn more at maas.museum.