Your Board: Keith VVolf’s minimalist setup

Our reader Keith VVolf chats about his five-pedal discipline and an ongoing search for ‘the’ fuzz pedal. 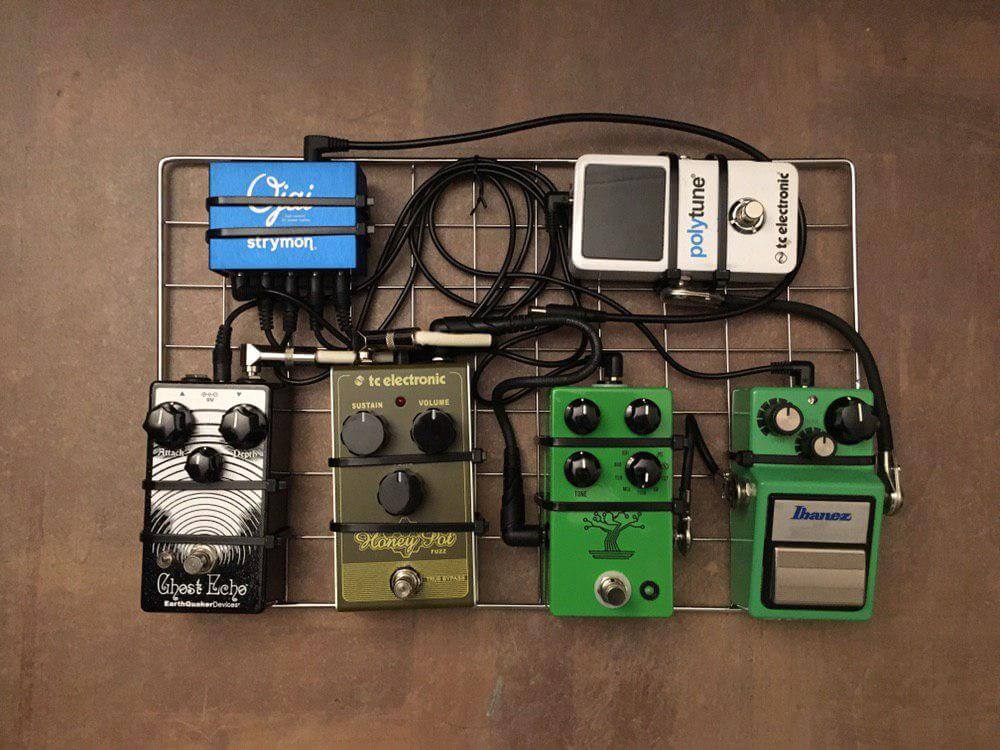 Hi, Keith! Tell us a little bit about yourself.

My name is Keith, and I picked up the guitar seven years ago. I’ve been a guitarist/singer-songwriter in Singapore for three years, and I play in three different bands. The first is a solo project, under the moniker of “Keith VVolf” (that’s two “v’s”, not a “w”). The Keith VVolf project is a mix of ambient, reverb-heavy guitar layers and bluesy solos.

The second band, The Cultures, started as a joke, but it pops up every now and then for basement rock gigs. It’s a noisy, alternative, punk rock band that’s too destructive for its own good, but I do enjoy it as it allows me to run all over the fretboard and basically launch into a solo at any point in the set.

The third band is a cat-themed rock project that I’ve just started: Ultra Mega Cat Attack. Think catchy, heavy, fuzzy riffs that you can headbang and dance to.

Do you have an artist website/track/video to shout out about?

Keith VVolf’s latest singles can be found here. Listen to The Train, Hello Monster and Things We Used To Love! Ultra Mega Cat Attack is still in the works, but I’m totally stoked for it. It’s going to be a lot of fun live. The Cultures have a single called Are We Dead? that’s out. 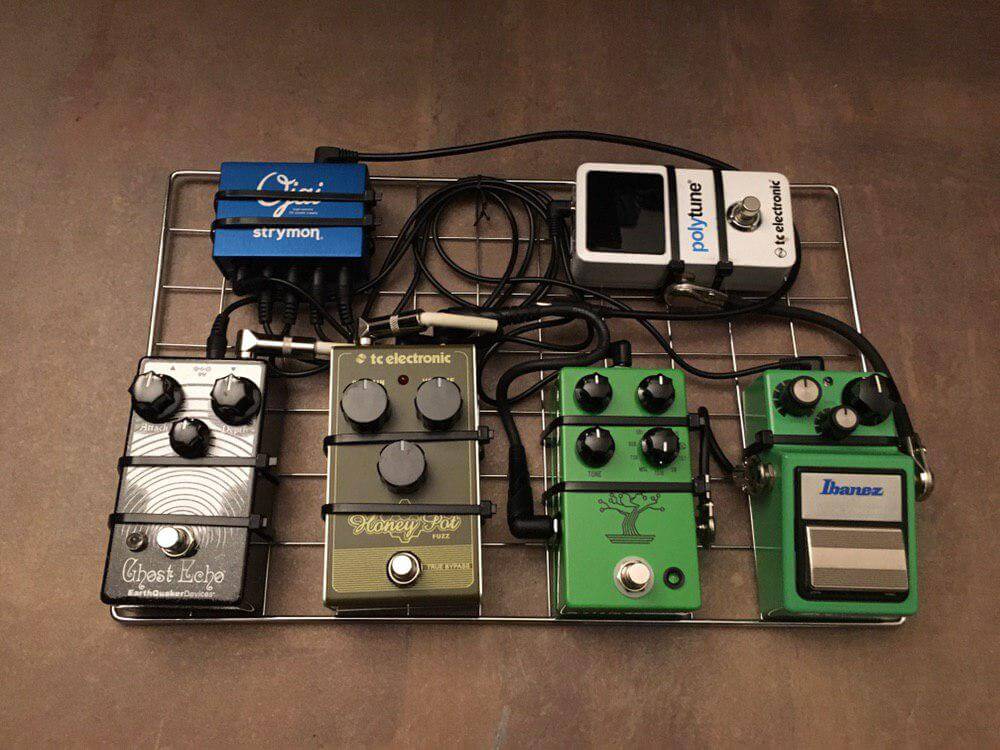 Well for a start, my pedalboard used to be non-existent, but I bought my first pedal – a pre-loved BOSS BD-2 – and I’ve been going down the rabbit hole ever since. I’ve always been a fan of overdrive pedals, and have gone from the BD-2, to Ibanez’s TS9, to Foxpedal’s Kingdom (a modern Klone) and countless others. Though I usually find myself at home with low gain overdrives, these days, I find the occasional yearning for fuzz creeping in, so I’ve recently purchased a Honey Pot Fuzz from TC Electronic. For the price, it’s absolutely amazing.

These days, I try to keep my pedalboard as minimal as possible. I find that the less tap-dancing and thinking I have to do on stage, the better. The pedal chain starts with the Polytune Tuner from TC Electronic. Then I have an Ibanez TS9 running pretty much all the time. For solos, I kick on JHS’ masterpiece, The Bonsai, to stack two tubescreamers together. It’s my happy place.

For a different flavour, I’ll stack the TS9 with the Honey Pot Fuzz. The chain ends with a single reverb pedal, EarthQuaker Devices’ Ghost Echo, and I adjust it before every song. The Ghost Echo goes from a nice spring reverb to a mild ambient sound to all-out oceans of reverb. I love it.

These five pedals pretty much cover me for any gig, and I carry my pedalboard around in a trusty laptop bag for easy portability.

For my own solo project, I’m going for an ambient, Explosions In The Sky-type guitar tone, but with John Mayer-esque blues licks for solos. The Cultures’ guitar sound is basically a Les Paul into a cranked amp with a Tube Screamer for grit, and some minimal spring reverb.

Admittedly, I’m having the most fun with Ultra Mega Cat Attack’s guitar tones. I’m going for thick, fuzzy tones with the occasional raw, gritty SRV tones layered on. Think Queens Of Stone Age, Them Crooked Vultures, The Dead Weather. That kind of thing.

Initially, I thought it’d be a Tube Screamer, but I can always tweak the EQ, crank my amp, and adjust the volume with the guitar’s volume knob. What I can’t live without is EarthQuaker Devices’ Ghost Echo. I could live inside that pedal. It allows me to go as light or heavy on the reverb as I feel like, and it always retains an analogue warmth.

Though I try to maintain some discipline with a maximum of five pedals on my board at any given time, I sometimes wish I had the space for just one more.

My search for the fuzz pedal that makes me the happiest is still ongoing. Though I’m really pleased with my Honey Pot Fuzz, I am considering a Hoof Reaper from EarthQuaker Devices. Reverb-wise, I feel like the Strymon Big Sky is an inevitability for me, but the thing that’s holding me back is the sheer size of the pedal. I’m still meditating (like Yoda) on that.

I really missed this. Thank you to everyone who came down yesterday. Amazing crowd in an amazing place filled with love. Had the immense joy of sharing the stage with @shakthiyas, @fireflysearchparty and of course, ma brotha @dandjent. Also, we were brought on stage by quite possibly the greatest hypeman and host ever @lincolnofficially. ?: @jhcy__

For the Keith VVolf project, I use a custom MJT strat (my main guitar, nicknamed “Wolfie”) with Lollar Blonde pickups in it. With The Cultures, I use an Epiphone Les Paul Standard, and with Ultra Mega Cat Attack, I’m switching between Wolfie and a Fender Blacktop Stratocaster with Lollar Low Wind Imperial humbuckers.

My go-to amp is a Fender Hot Rod DeVille, but really, any Fender blackface above 20 watts will do.