The story of a chance encounter with a nicotine-stained Jazzmaster destined to be the one guitar to rule them all.

It’s a truism you’ll hear from members of an unlikely but perfectly matched couple, from a friend finding success at a dream job far from home, or as it escapes your own lips as you choose a new puppy at the local shelter – “When you know, you know.” More often than not, it really does seem that one’s initial gut instinct is correct and learning to trust that is a skill that comes in handy when it’s finely tuned. Speaking from personal experience, I find that it can also apply to guitars.

I first met ‘Pancake’ in the blustery Pacific Northwest winter of 2012, while on a guitar-shop excursion from Seattle to Portland. It’s a trip we often took in the early days of Mike & Mike’s Guitar Bar, wherein myself and co-founder Mike Ball would scour Craigslist, mine reports from our Oregonian sources and plan a few days away accordingly. On this particular day, our day of gear hunting had brought us to the home of a chap trying to offload a 50s Fender Champ that appeared to be in great shape. We agreed on a price, and as is customary for any deal I make, I asked: “Got anything else for sale?”

Our gracious host replied: “Oh yeah, I have this shitty guitar that barely works, I never play it. I’ll go get it.” He disappeared quickly into a stairwell to the basement while Other Mike and I exchanged excited glances. Statistically speaking, we were rolling the dice; there was no telling what he was dragging up from beneath our feet. Fender? Gibson? Walmart special? It was anybody’s guess until he reappeared with what was clearly a nicotine-stained brown Fender case. As they say, “When you know, you know.” And right then and there, I knew I was about to meet the guitar of my lifetime.

Thanks to our specialisation in Fender Jazzmasters, we knew the shape of that case like the back of our hands: a little taller and wider than that of a Strat or a Tele, but this one was mightily dirty. I caught my breath as he opened the case and for the life of me, I don’t think I ever got it back. Inside was a 1961 Fender Jazzmaster, its original sunburst finish beat to hell and reeking like a Philip Morris convention. It would later take weeks of airing out the case and a few rounds of deep cleaning of the guitar to get rid of the smell.

The neck pickup didn’t work and, just like the case, the guitar was caked with dirt and clearly hadn’t been used in some time. It was way out of adjustment. To keep a long story short, the negotiation began: he named his price, which was high; I named mine, which was much lower; he quoted an eBay price, and I pointed out that the listing was for a mint example. I knew I had to have that guitar for me, but I wasn’t paying an astronomical price. So we left without it.

We took a lunch break to cool off and even though I was eating, I didn’t taste a thing – my mind was stuck on that Jazzmaster. The skinny neck fit my hand perfectly and the chocolate-coloured Brazilian rosewood fretboard felt so slinky and slightly oily in a way that I just couldn’t shake. The bridge pickup was loud and robust and even though it wasn’t in great condition, I could see its potential to be a great guitar.

I ran the numbers in my head: guitars of this condition go for this consistent price, how far would I expect him to go for a sale? Does he want cash today? There was this much in the bank account… and so on. I spent the afternoon in a calculating haze as if I were the John Forbes Nash Jr. of guitars, time passing by all around me but never partaking, frozen in a thousand-yard stare. Eventually, I snapped out of it and with Mike’s encouragement, I made a follow-up call to see if we could meet somewhere in the middle. 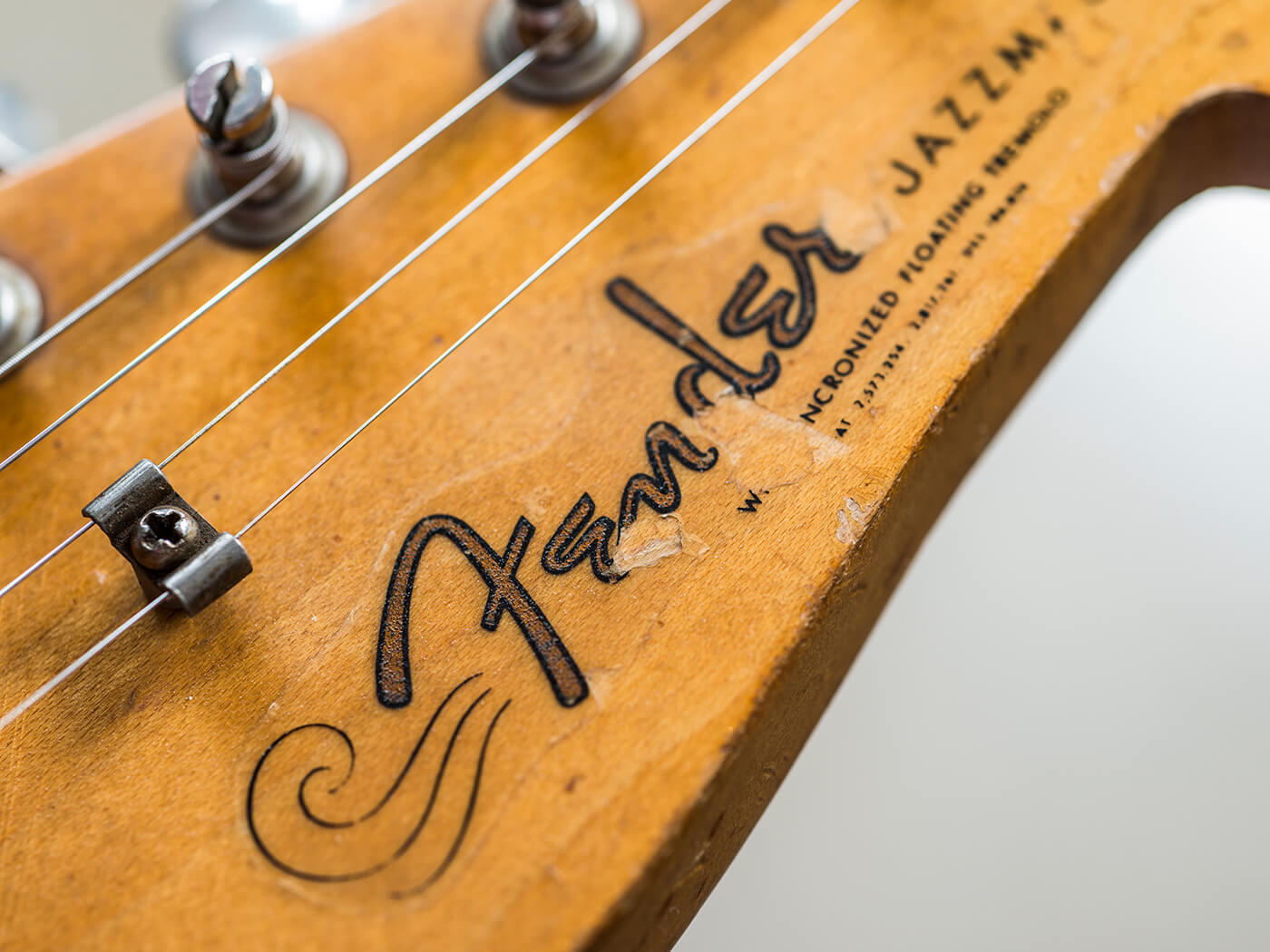 To my surprise, he was willing to come down, but still not enough in my mind. As well as we were doing in those days, I didn’t have that much scratch to throw around. Plus, he was right: the guitar didn’t really work. Would it need the pickups rewound, or had there been some tomfoolery under the hood? So once again, I said no and told him to call back if he could budge any further.

A little while later, slightly depressed at going home empty handed, Mike and I decided to head home. Just as I was merging onto the highway, my phone rang. On the other end was the owner of the guitar, telling me: “Okay, I’ll do it for this much, but you have to take my 70s Big Muff for $250 on top.” Done.

We turned right around, and on the way I called my wife to see how safely I could drain our savings to buy the guitar of a lifetime. She’s my best friend and an artist as well and when she heard the excitement in my voice she affirmed the decision. “Go for it!” And for it I went. I forked over a hand full of cash, then high-tailed it back to HQ. I stayed up late that night cleaning it and going over bad solder joints, which turned out to be the problem all along.

Pancake is sat beside me now as I write this and we’ve weathered the intervening years well together, with maybe a few more scars for our trouble. While I’d like to say we’re inseparable, there was a two-year period where it belonged to my best friend Jake, the collateral in a loan to jump-start my wife’s acting career in Hollywood. (That’s just how supportive we are!) I was finally able to buy it back from Jake in late 2015 and I haven’t let it out of my sight since. 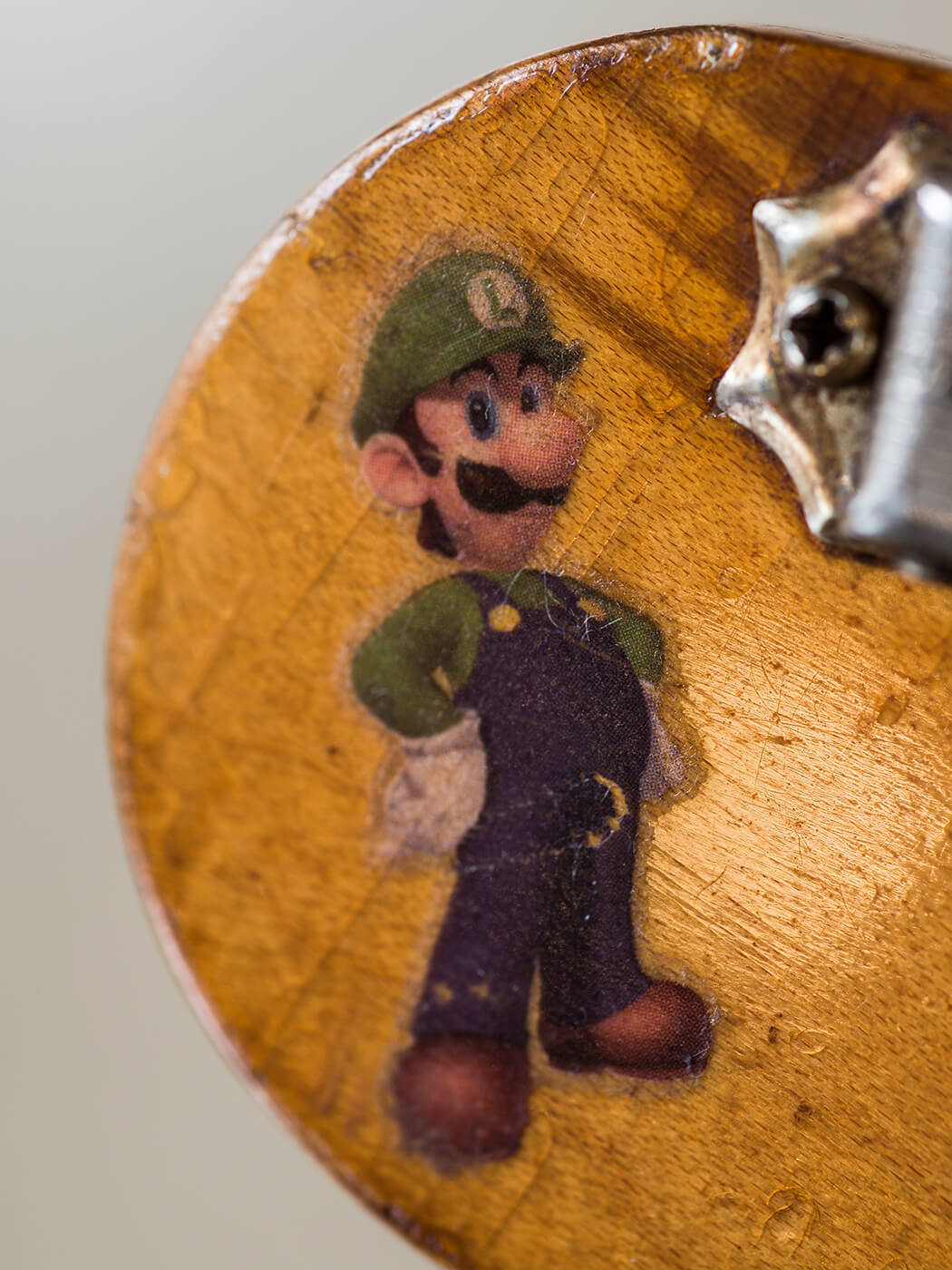 It’s mostly original apart from a changed mid-1960s low-E tuner, a new nut cut by yours truly, an aftermarket amber switch tip, and a refret by John Woodland (aka Woody) of Mastery Bridge fame, which the guitar also wears. Recently, the original pickups started to lose some of their magic, so it now sports a pair of Seymour Duncan’s fantastic and authentic Antiquity pickups that perfectly replicate the tone of the earliest Jazzmaster pickups, but with a slight bump in output.

I play this one hard. I’m grateful that the heavily checked finish was already so worn when I got it, because that means I don’t have to worry about it. There are fresh pick scratches from acrobatic gigging, a patch of finish worn away behind the bridge because that’s just how I roll, and the ‘Great Eye’ of wear in the forearm position just keeps getting bigger and bigger.

The wood is largely exposed on the back of the guitar thanks to the Star Trek belt buckle that I never take off and the back of the neck has the silky smooth feel of lacquer worn away by years of constant play. On the headstock, a combination of cigarette burns and a temporary tattoo of Luigi (of Mario Bros. fame) reminding me that it’s okay to be specialised and to not be the star of the show.

And how did this Jazzmaster get the name Pancake? When I first moved to California, designer and guitar aficionado Paul Frank reached out to welcome me with a custom strap with my favourite word sewn onto it. I was blown away by his generosity, but in my shock, I couldn’t come up with a favourite word.

Thinking back to a childhood filled with Saturday breakfast ‘jamborees’ at the local church, the word pancake came to mind. It’s a word that I still can’t say without feeling happy, a word heavily associated with family gatherings and playing with the other kids in the parking lot. So I sent an email to Paul with that word as my choice.