Highlights from the first day of one of the world's largest music trade shows: Gibson, Martin, Marshall and more. 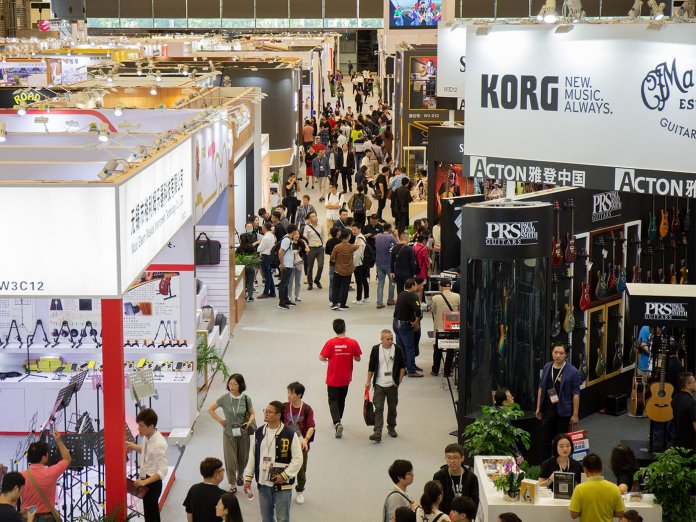 NAMM may rule the roost when it comes to new gear launches, but in terms of sheer scale, Music China is the trade show to visit.

The 2019 event sprawls out across 145,000 sq m of the Shanghai New International Expo Centre, housing over 170,000 attendees and 2,300 brands that span the entire spectrum of musical instruments. You’ll find everything from pianos and pro audio to synths and saxophones – but of course, we’re here for the guitars.

Check out our highlights for Day 1 of Music China 2019: 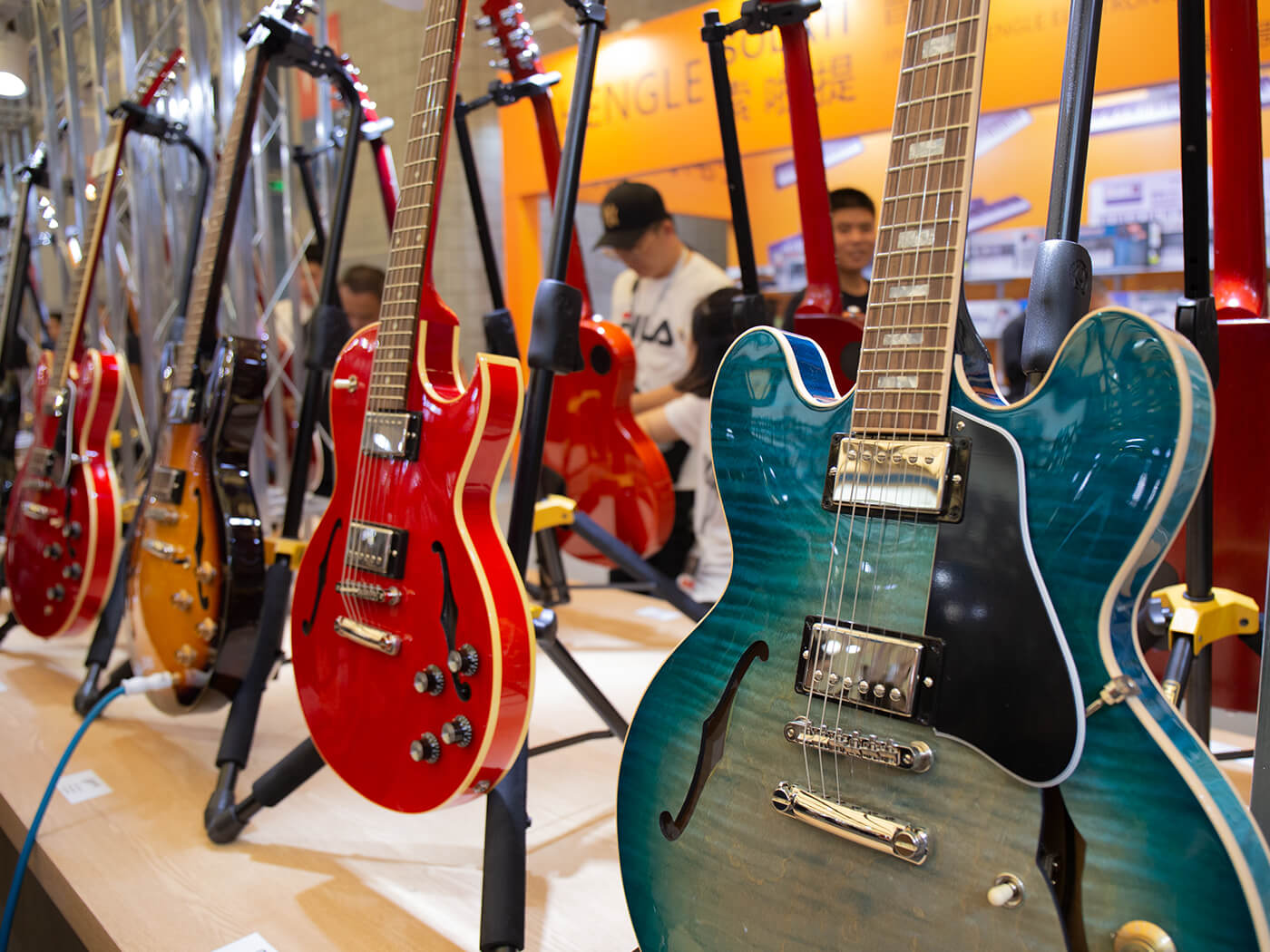 Our first stop: Gibson. While its booth wasn’t quite as show-stopping as its Summer NAMM 2019 one, the brand opted to let its guitars speak for themselves. Rows upon rows of Les Pauls, SGs and 335s were left out for visitors to audition – read what we made of the new-for-2019 Les Paul Modern and trio of SGs. 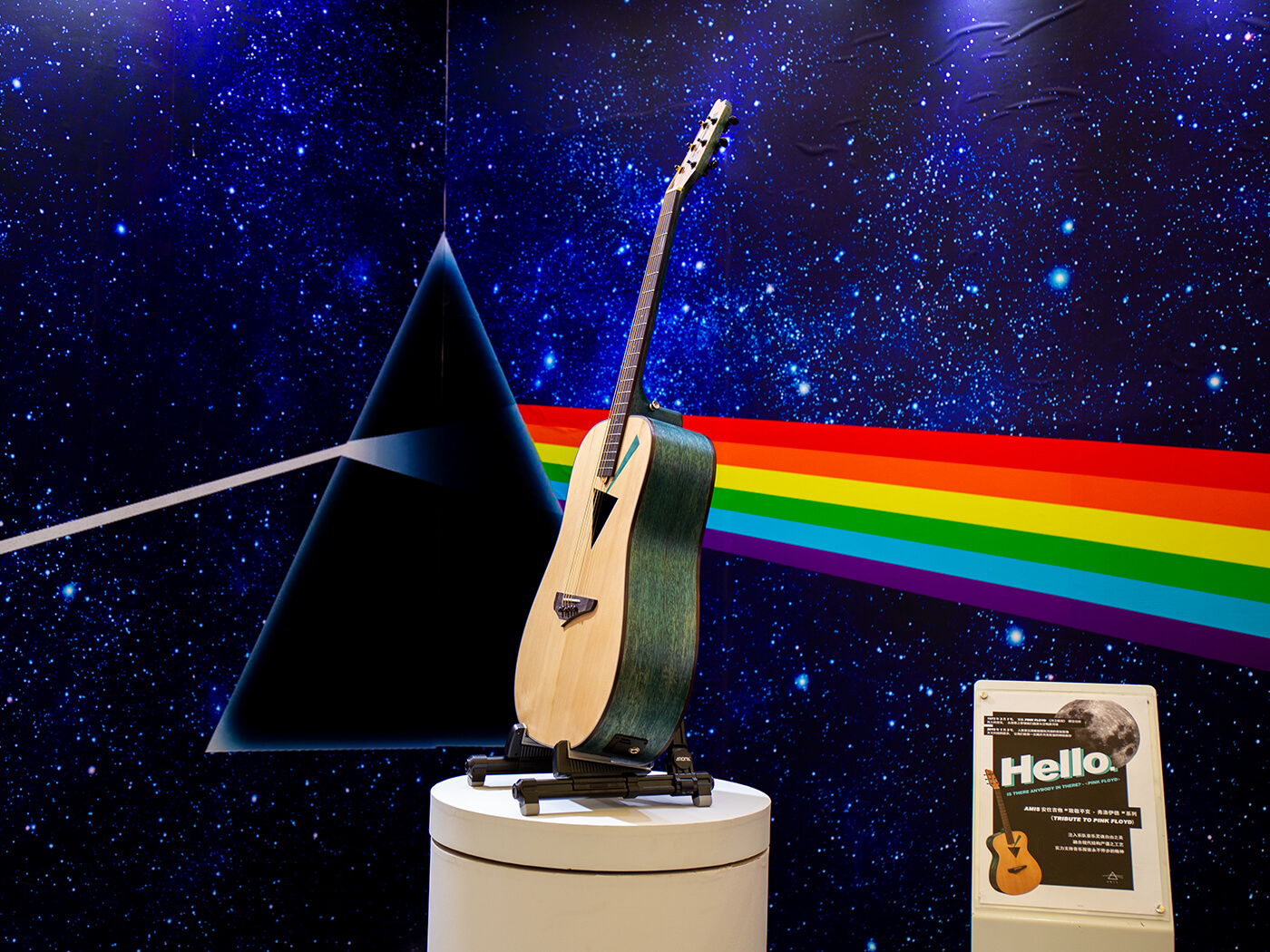 Amis is a boutique Chinese company that specialises in custom-made acoustic guitars and ukuleles. This is its latest creation, a tribute to Pink Floyd’s Dark Side Of The Moon that comes complete with a triangular soundhole to mimic the prism on the iconic album cover.

But more significantly, the guitar also celebrates a milestone in space exploration: when, in January this year, mankind via the Chinese space agency explored the far side of the moon for the first time.

Swiss brand Relish’s guitars combine innovative technology, solid craftsmanship and a player’s instinct to come up with these almost-‘modular’ instruments. Check out our full review of the Relish Mary One here. 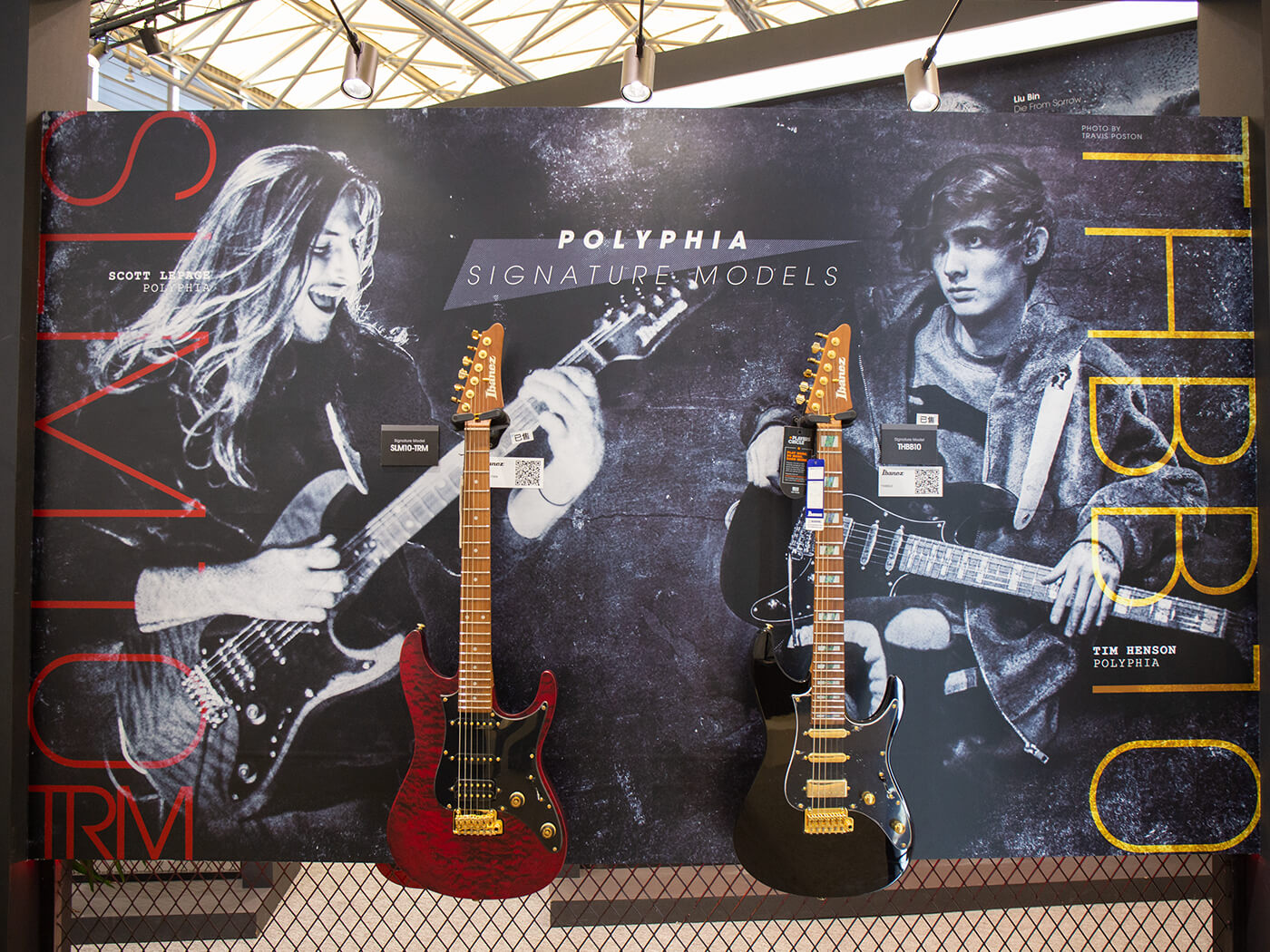 The Polyphia guitarists’ signature instruments dominated the entrance to the Ibanez booth. If you’re in Singapore or Vietnam later this month, stop by our Guitar.com Masterclass with Tim Henson and Scott LePage! 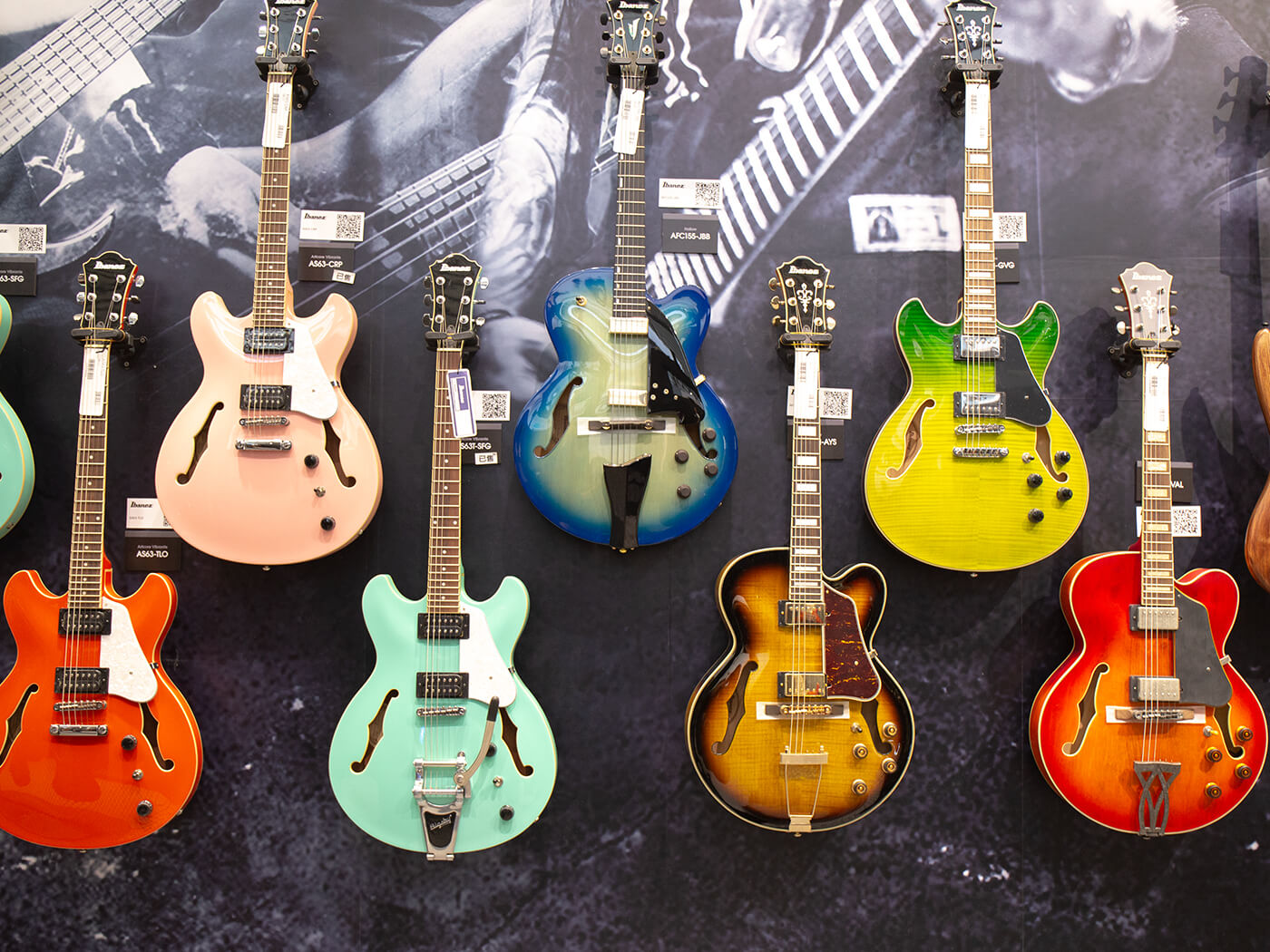 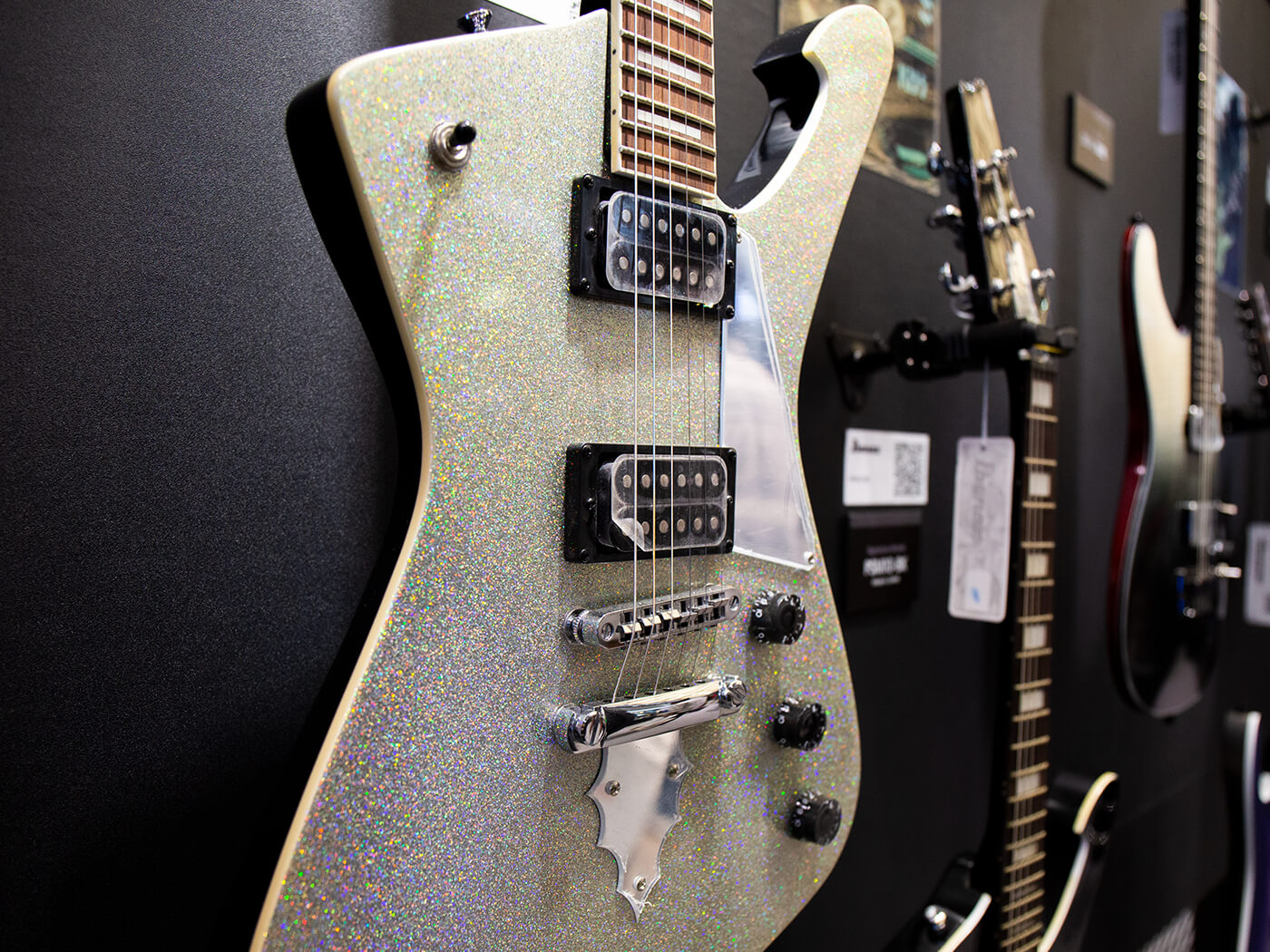 Speaking of pretty, Paul Stanley’s signature PS60-SSL is possibly the most glammed-up piece of kit we saw today. 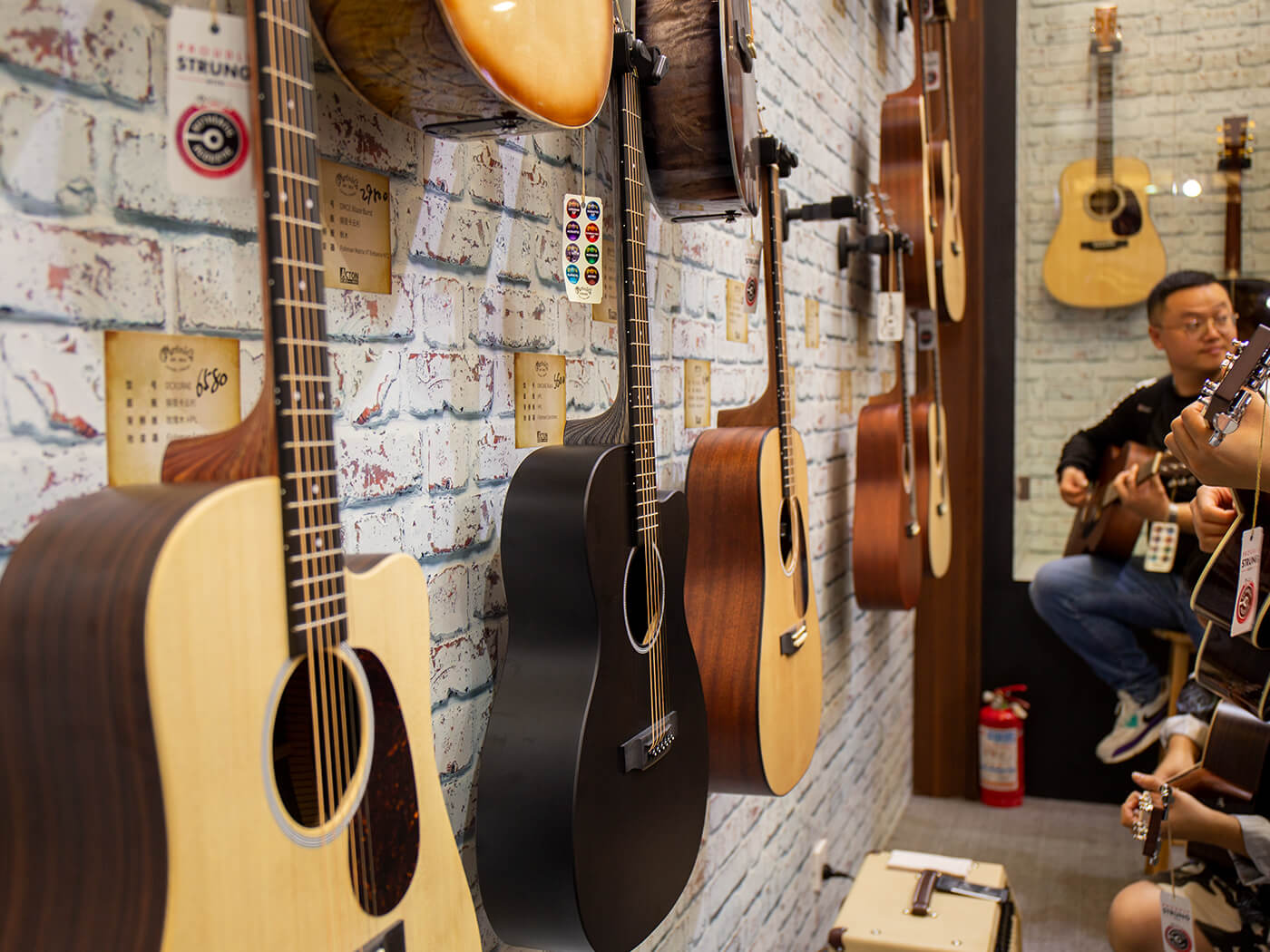 Martin may be an all-American brand, yet its renown stretches the world over. 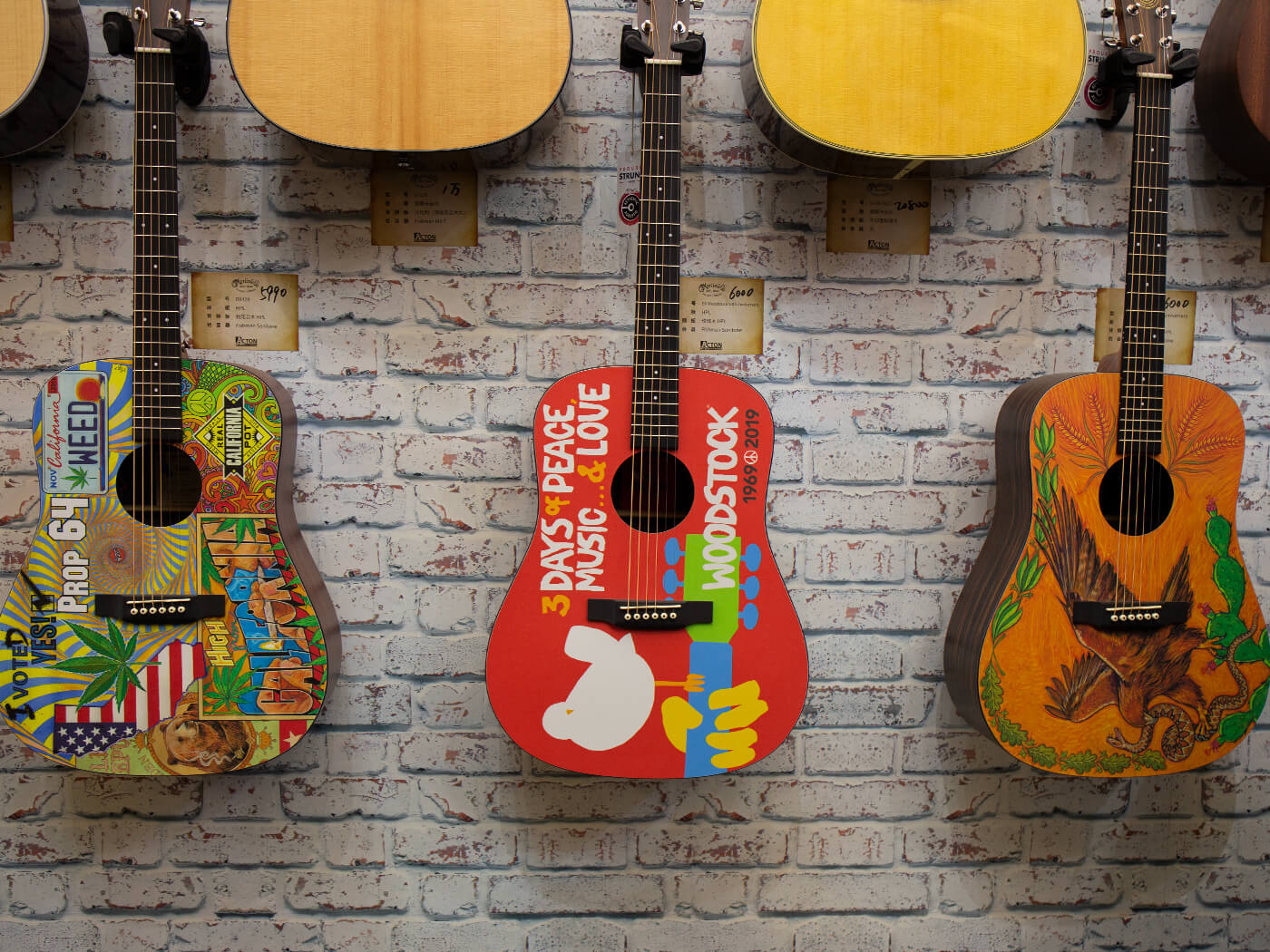 The HT Club 40 Kentucky Special, Blackstar’s latest amp next to the sparkling-new Silverline Series, made an appearance at the UK brand’s booth. 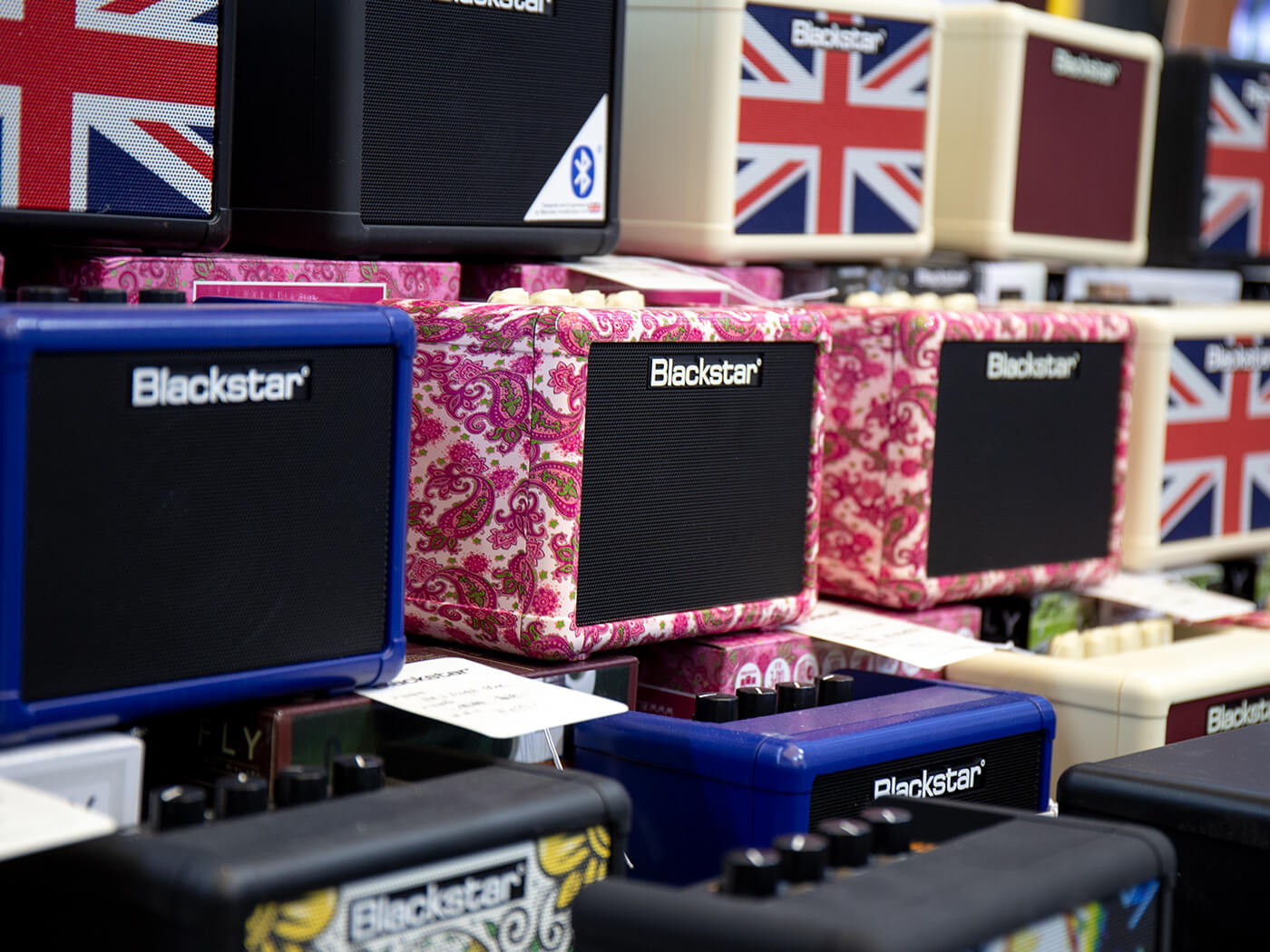 All the Blackstar Fly variations there are. Find out why we called the latest model, the Super Fly, “a great-sounding and affordable package for playing at home or taking out on the road”.

From one British amp maker to another, Marshall put out a strong showing at Music China 2019. 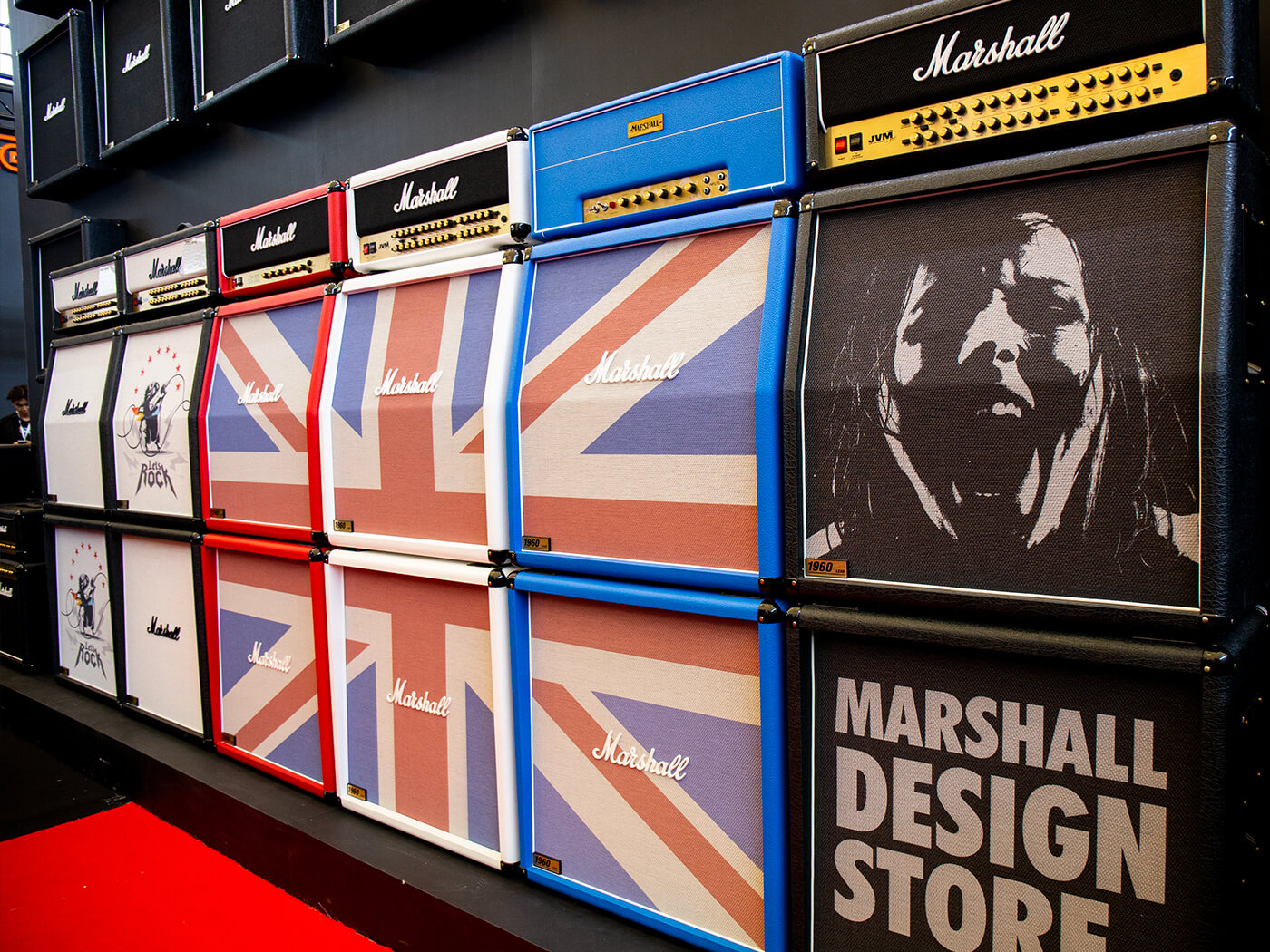 A stalwart at trade shows and on pedalboards everywhere. 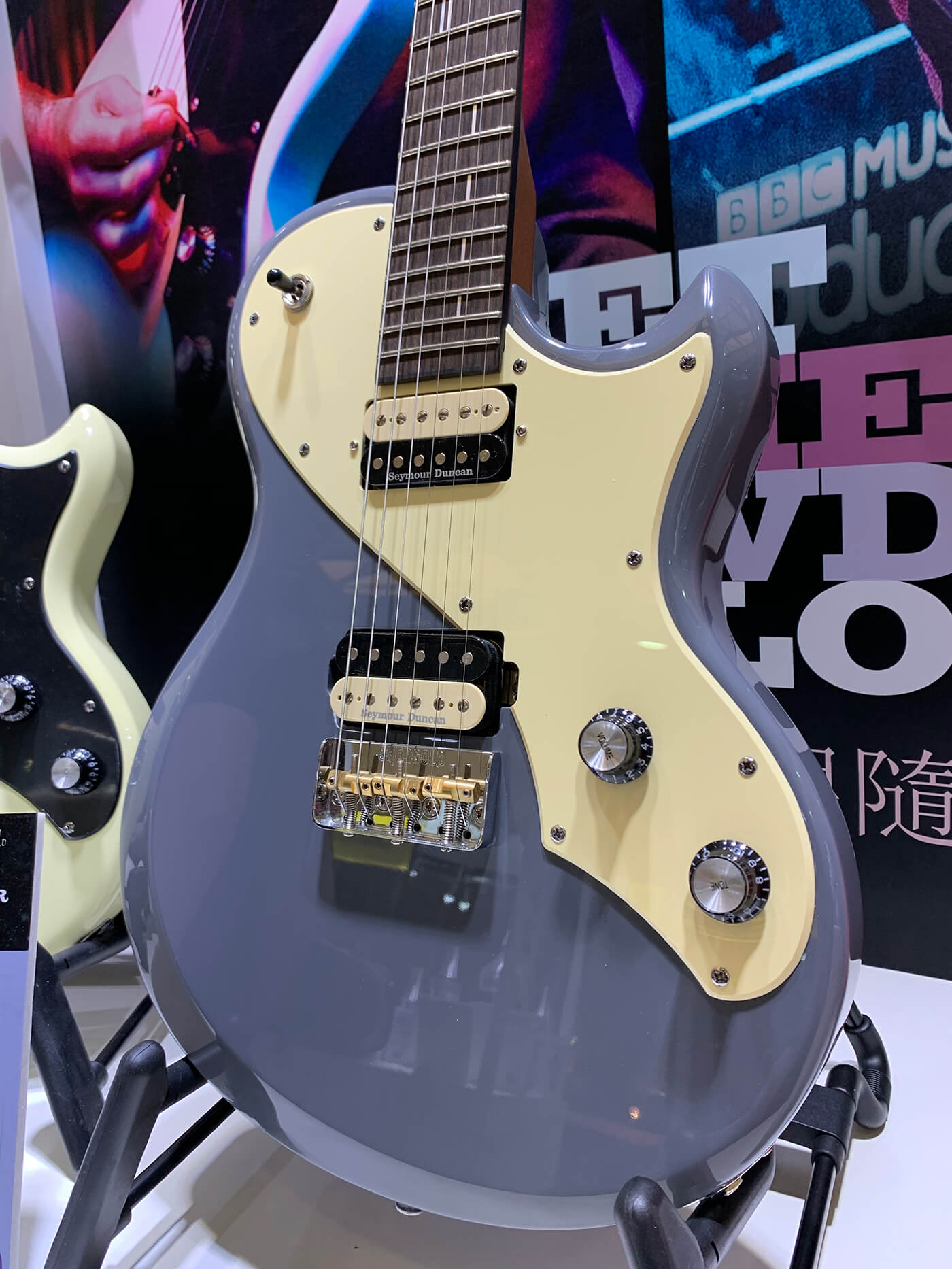 The lovely Provocateur SP02-SD was another guitar flying the Union Jack high at Music China 2019. We called it “a well-sorted single-cut that offers a wide range of tones with looks that set it apart from the mid-priced crowd” – find out why.

Check out highlights from Day 2 here.