Highlights from the second day of one of the world's largest music trade shows: Fender, Taylor, PRS and more. 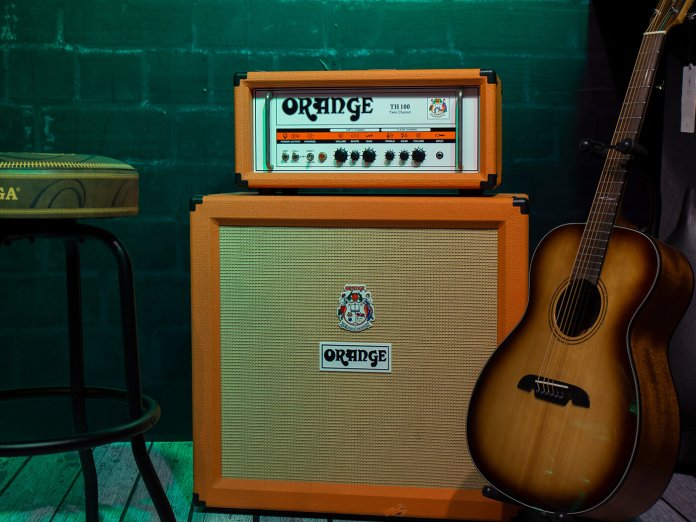 Music China is primarily aimed at dealers and buyers in China – which is one reason you’d hardly find demo videos shot at the event. Most of the booths are set up by Chinese distributors rather than the brands themselves; for instance, PRS was represented by Acton Music.

Check out the highlights from the PRS booth – and many others – here:

Alongside the new Vintera guitars, the Custom Shop range was expectedly the biggest hit at Fender’s booth. This is an Artisan Spalted Maple Tele.

And its sibling from the Dream Factory: a 2017 Artisan Spalted Maple Strat. 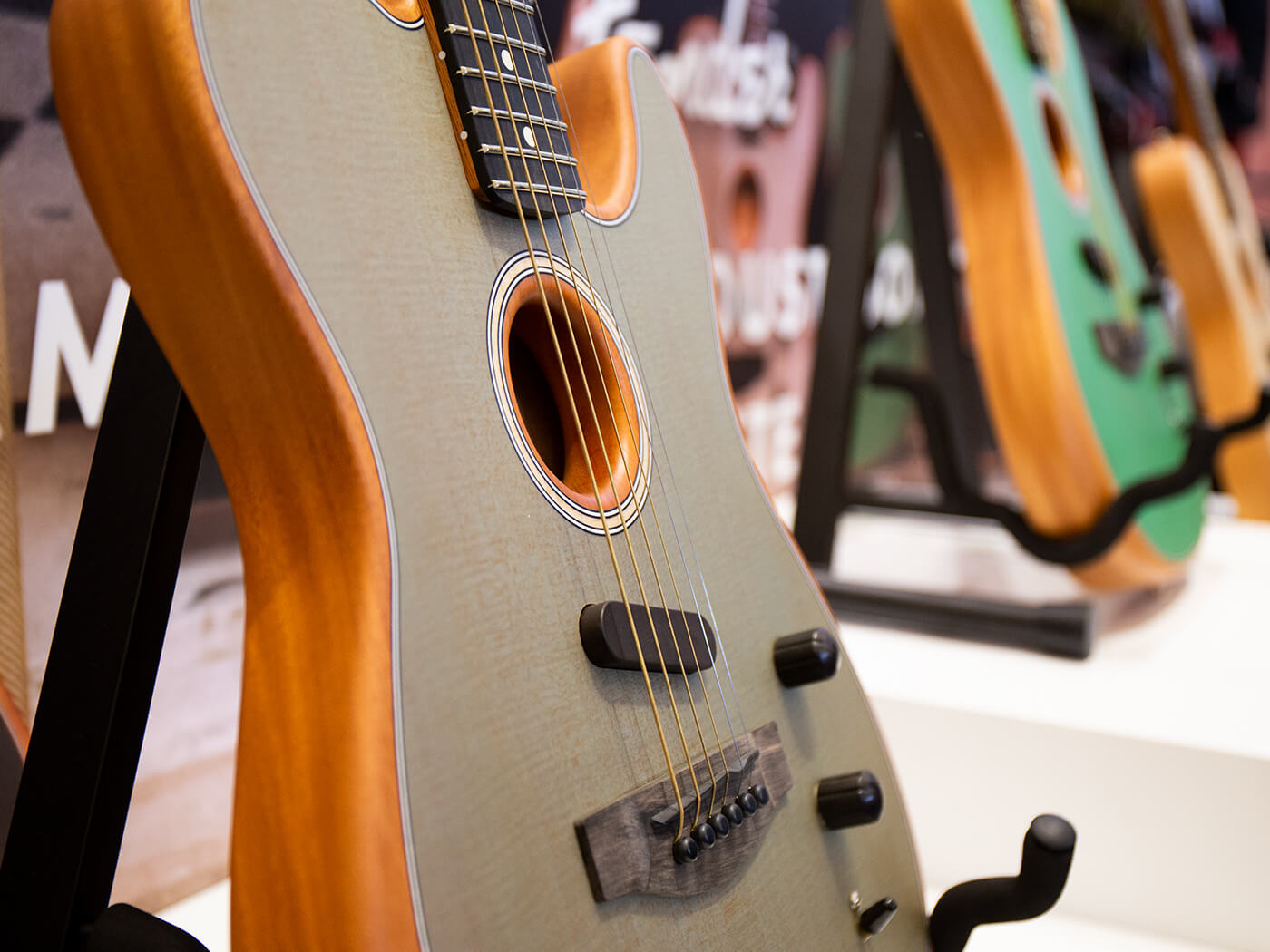 Remember the American Acoustasonic Telecaster, our cover star from a few issues back? 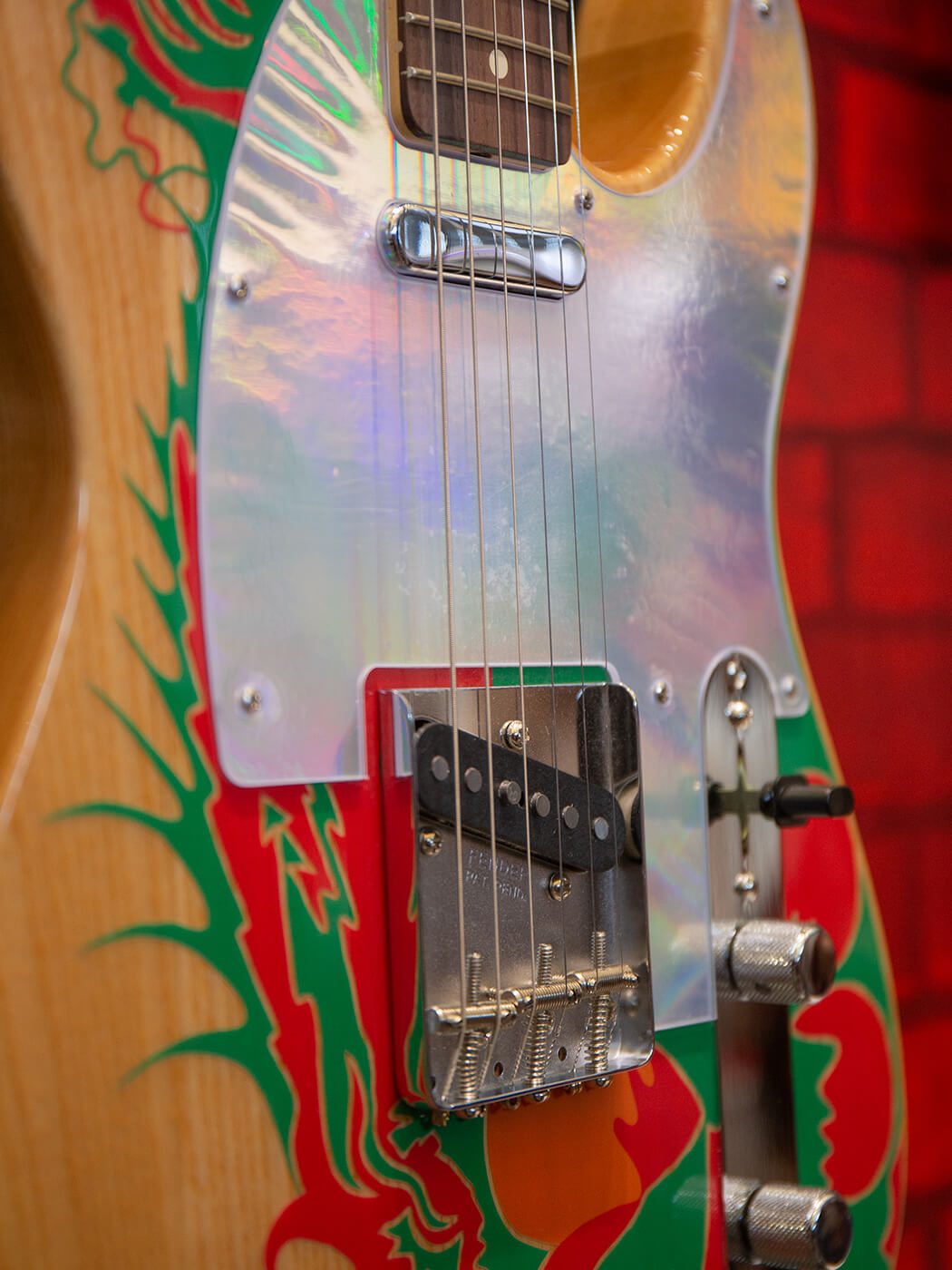 This was arguably the brightest of Fender’s booth: the Jimmy Page Dragon Tele.

A Super Custom Deluxe Telecaster in all its glittering glory. 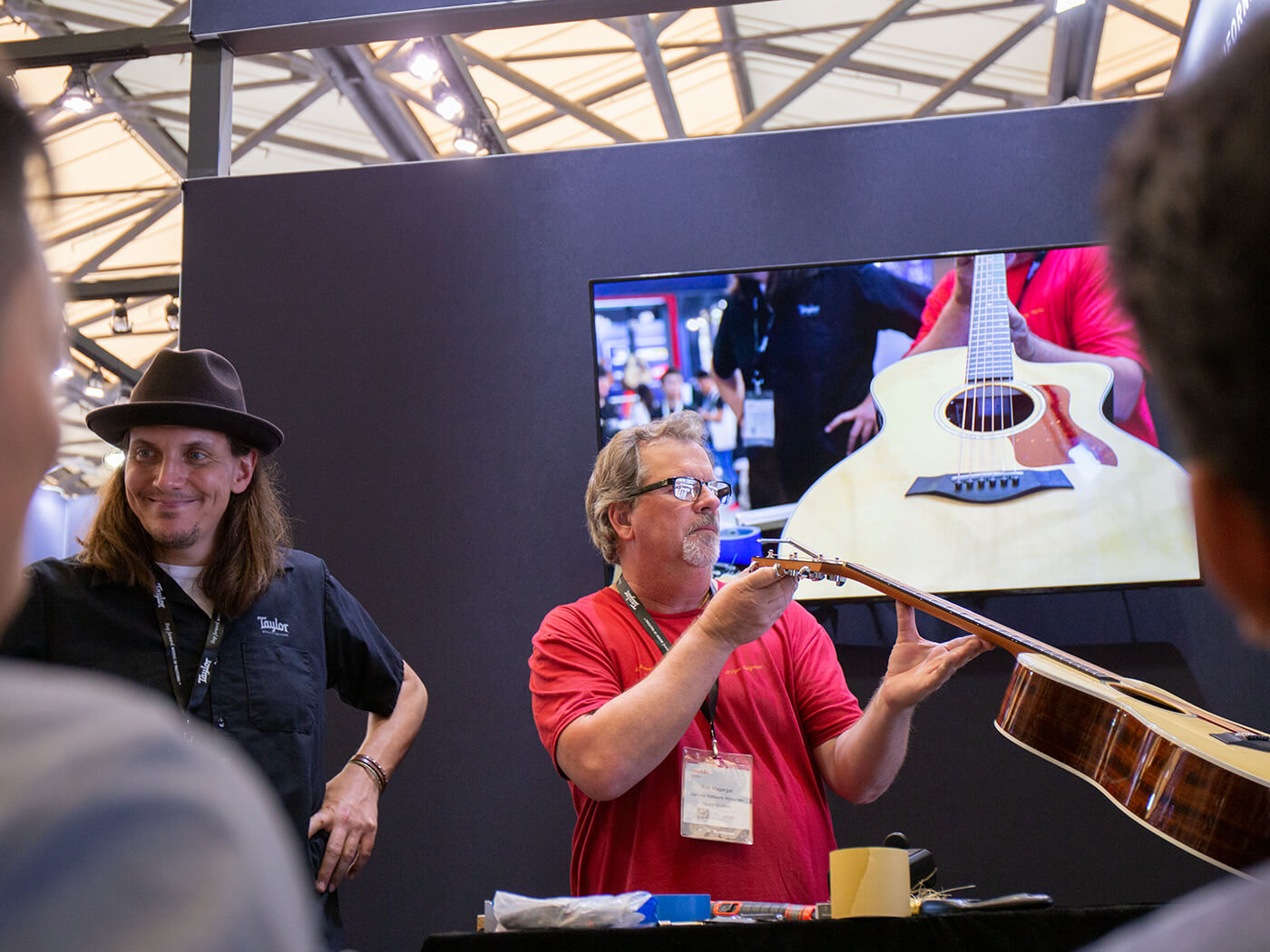 Taylor boasted one of the largest booths in the guitar zone of Music China 2019. The brand even flew Andy Powers in for a fan meet-and-greet, alongside workshops on guitar care. 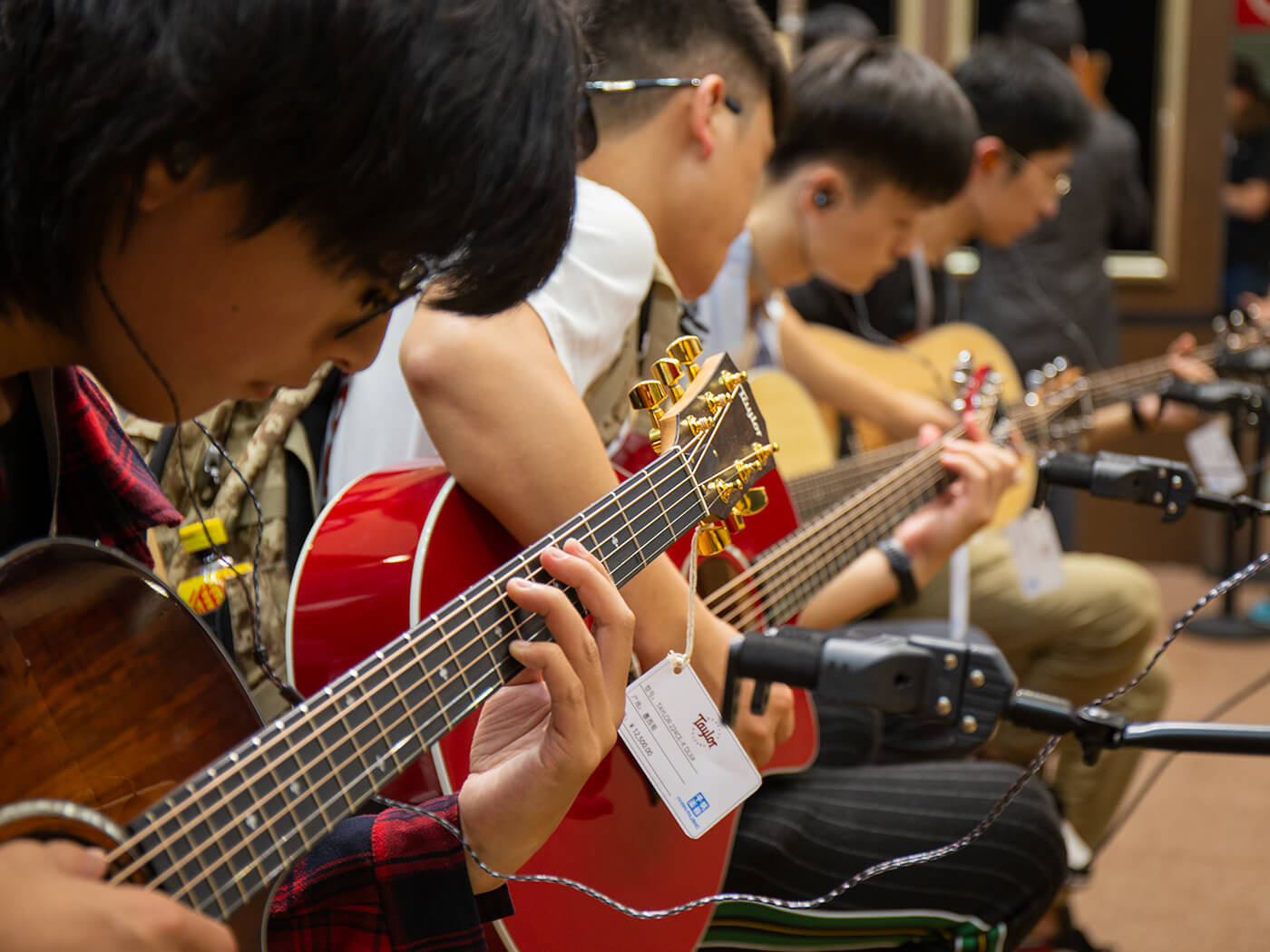 Like Gibson, the brand set up a section of ‘audition stations’ for attendees to get up-close and personal with its instruments. 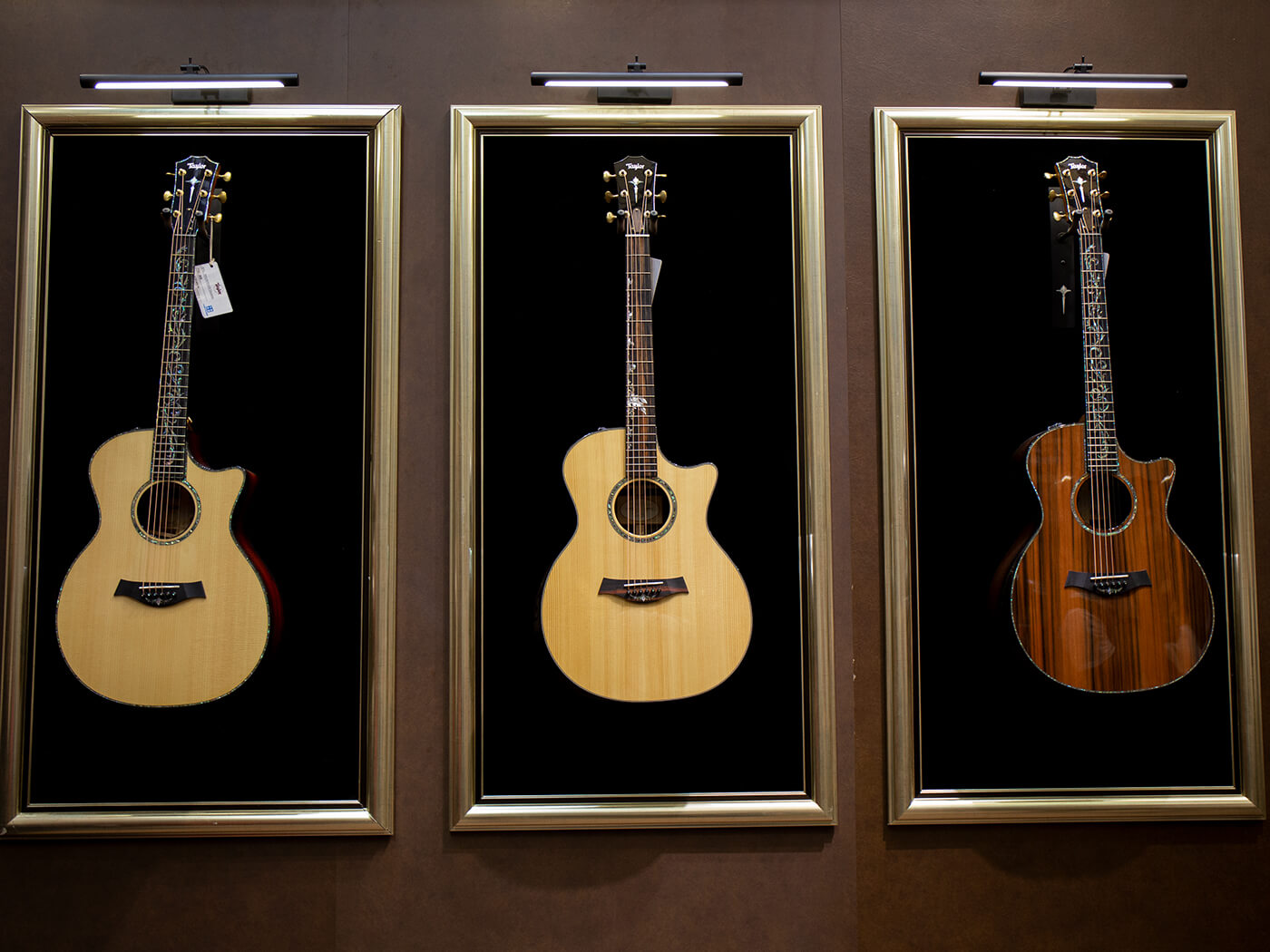 A trio of limited-edition Taylor acoustics behind glass cases. Security guards kept close watch on photographers and stopped anyone from shooting the serial numbers of the guitars, presumably in an effort to prevent their forgery. 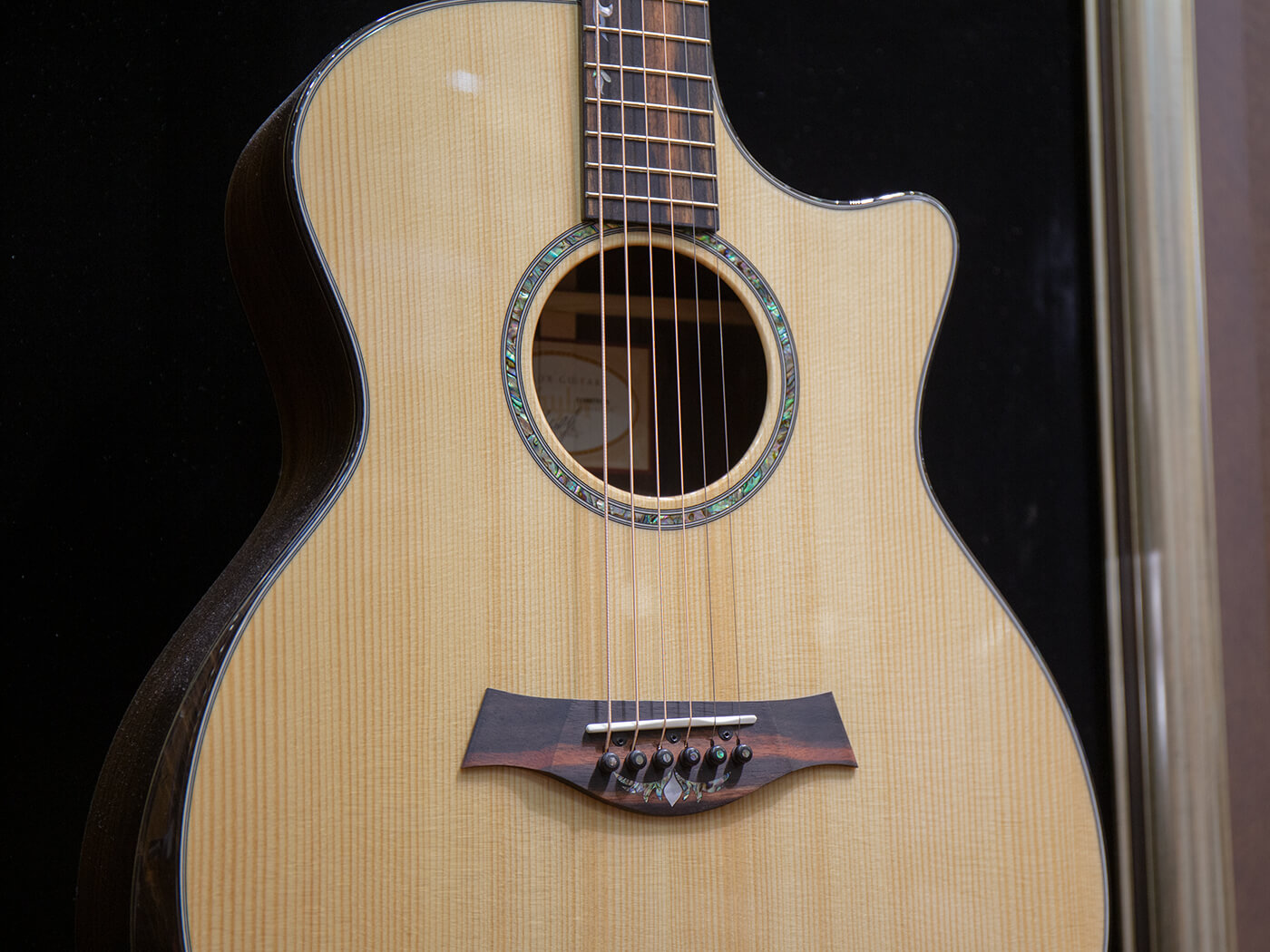 A Builder’s Edition acoustic, one of Taylor’s – and Powers’ – most prized models.

Miguel, the lead character from Disney’s Coco, and his trusty sidekick: a Córdoba acoustic guitar. 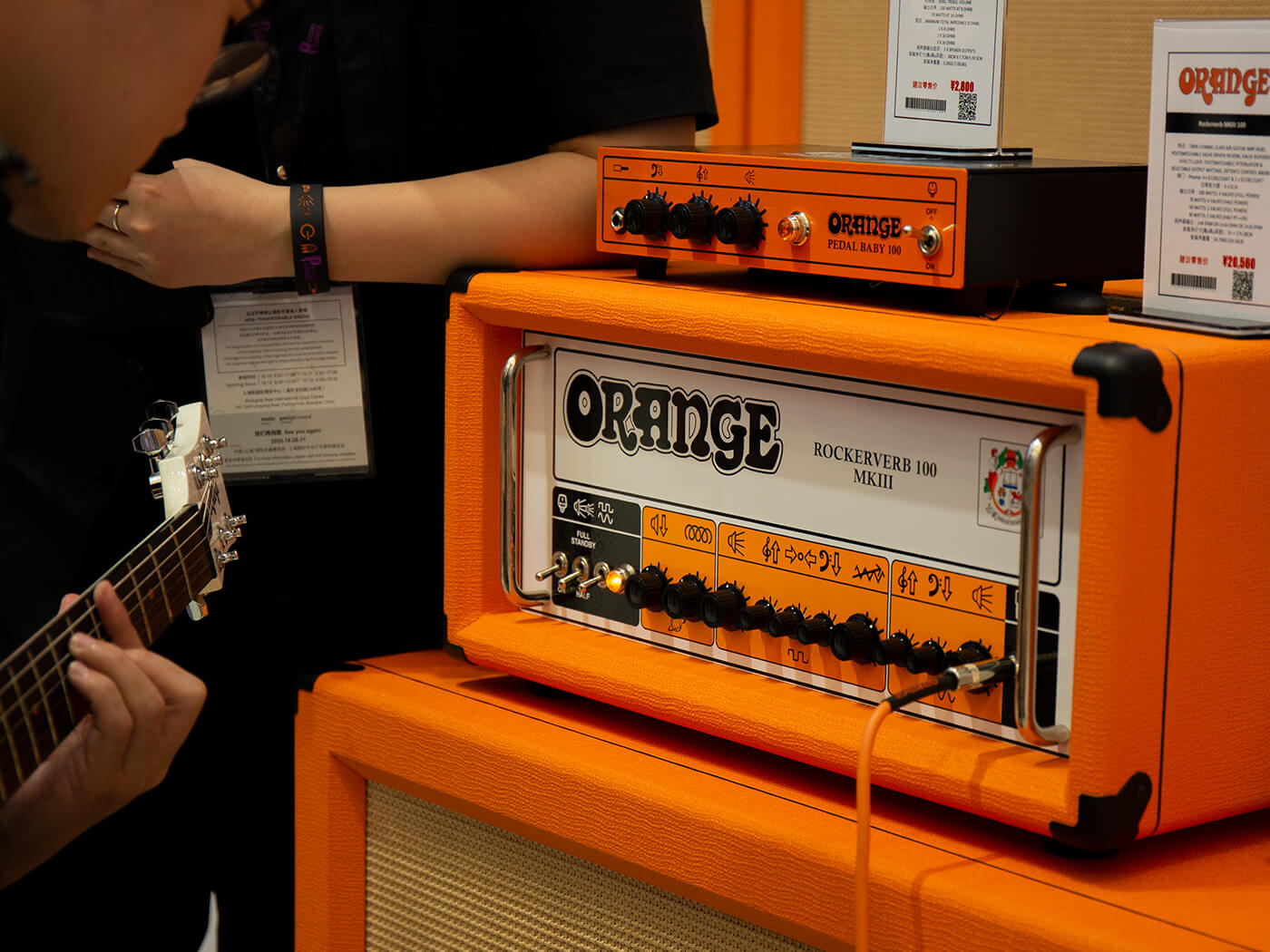 A punter demoing one of Orange’s latest releases: the Pedal Baby 100. We reviewed the 100-watt amp head a few months ago, calling it “a compact, user-friendly slab of tonal reassurance for the pedal-happy guitarist”. 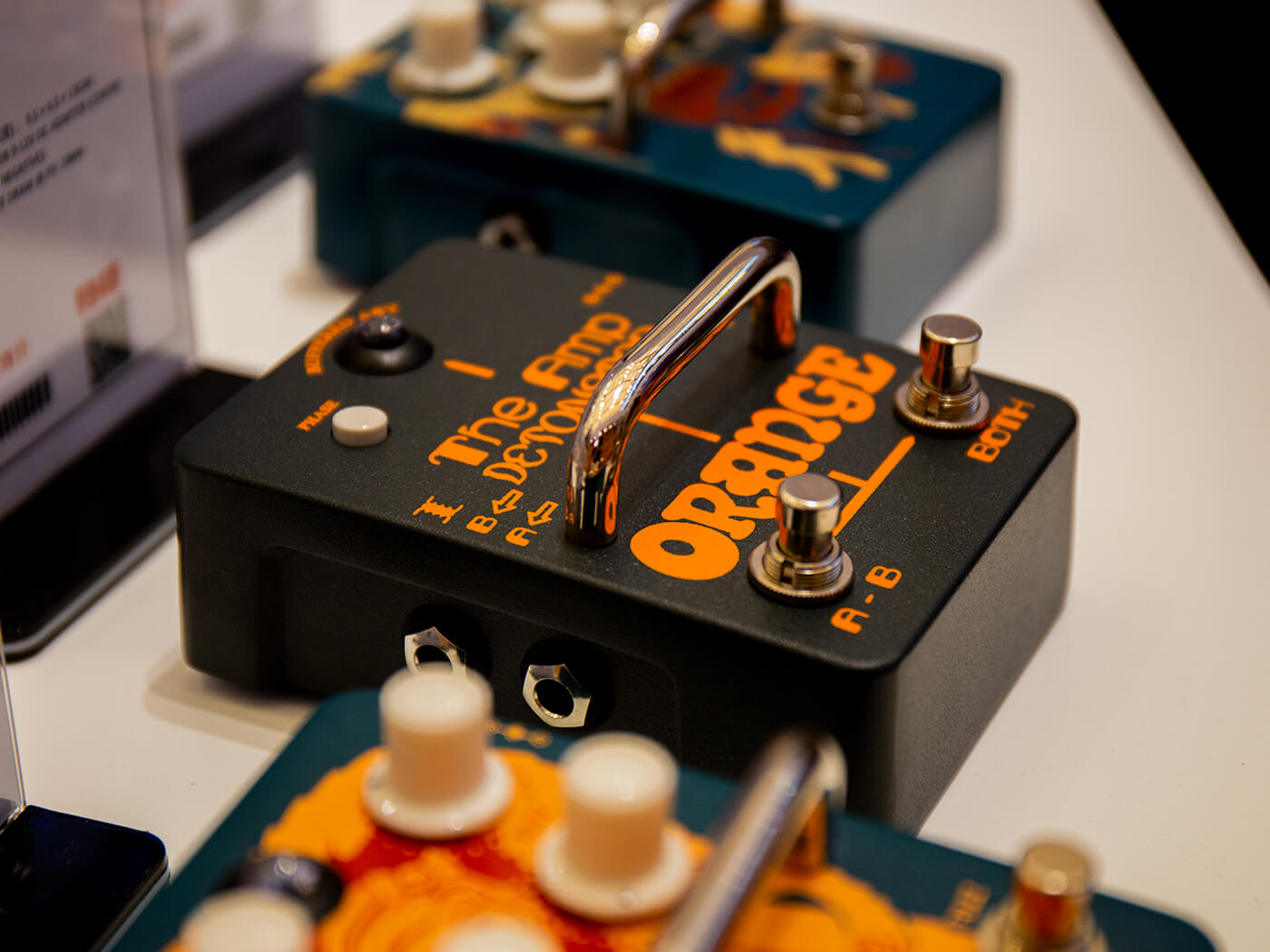 A selection of Orange stompboxes.

Not a Silver Sky in sight at PRS’ booth. There were, however, the usual glut of Custom 24s, SEs and even acoustics. 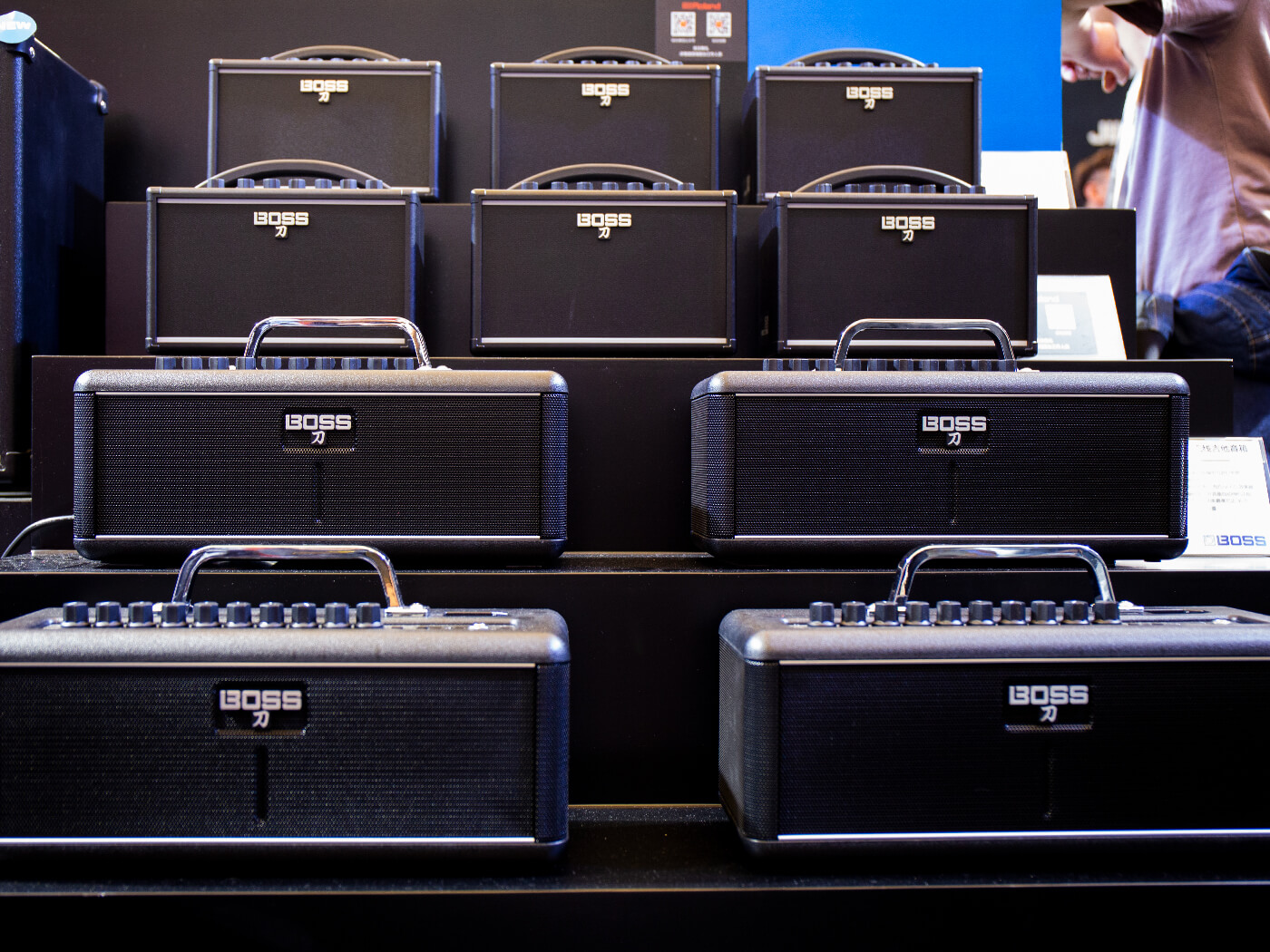 Only released a week ago, the MKII versions of Boss’ popular Katana series took centre-stage at the Japanese brand’s booth. 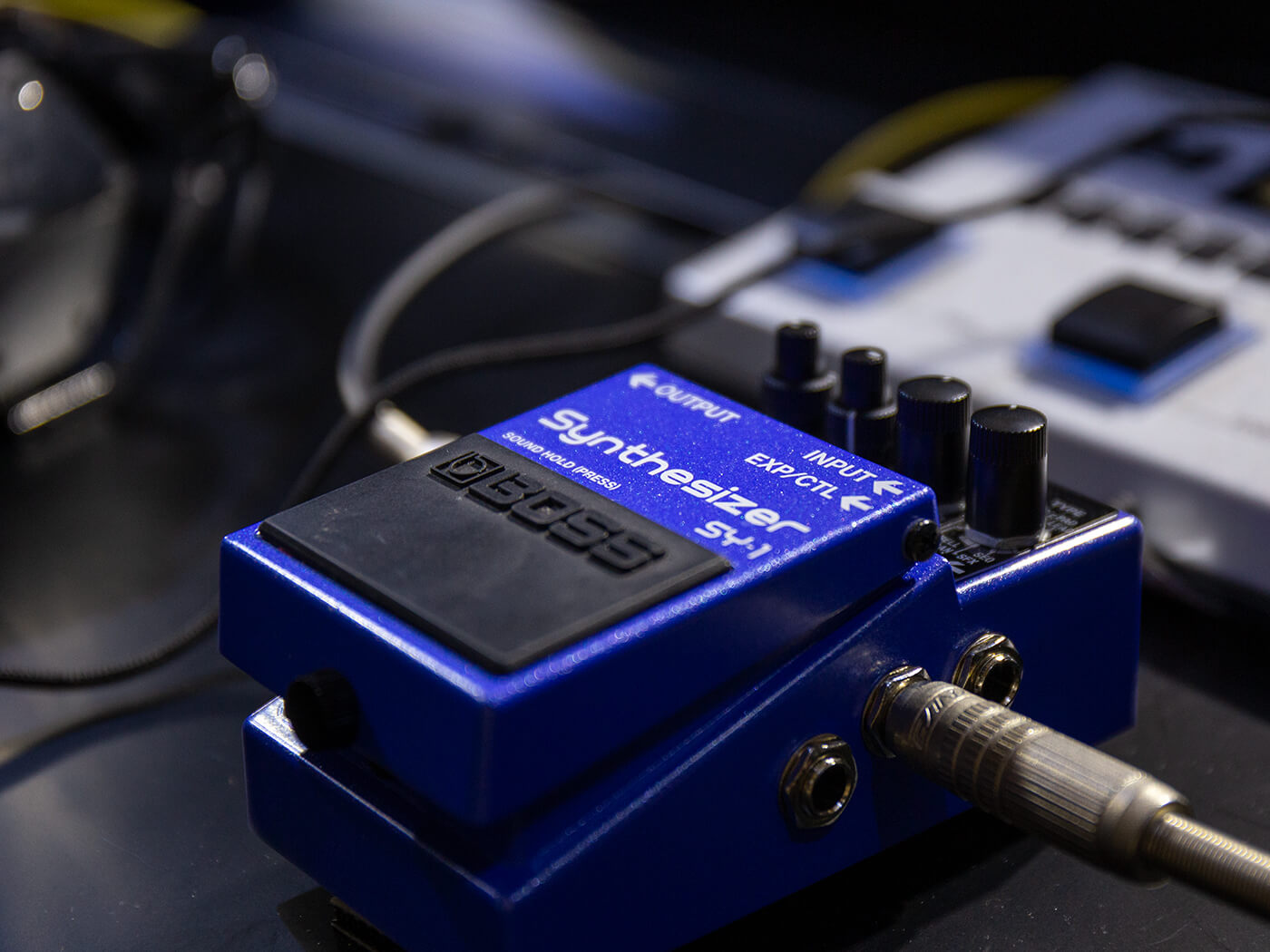 Don’t let its tame blue hue fool you – the Boss SY-1 is a tone-bending stompbox that lets you coax all sorts of weird, funky sounds from your instrument. 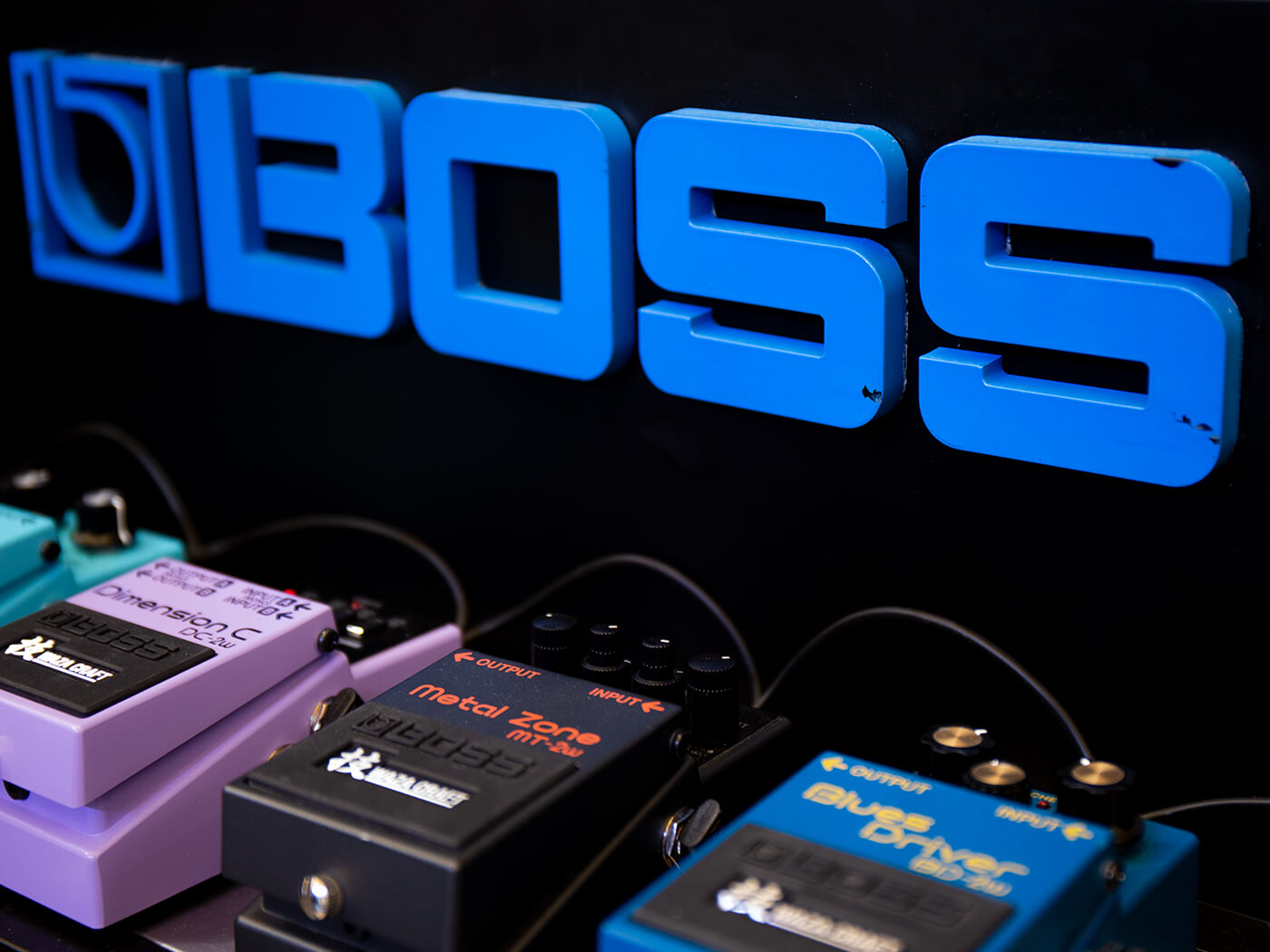 The Dimension C and Metal Zone Waza Craft pedals were debuted at last year’s Music China, and they make a reappearance this time ’round.

There’s something special about seeing a small, fiercely passionate boutique brand from Northern Ireland being represented on the other side of the world. 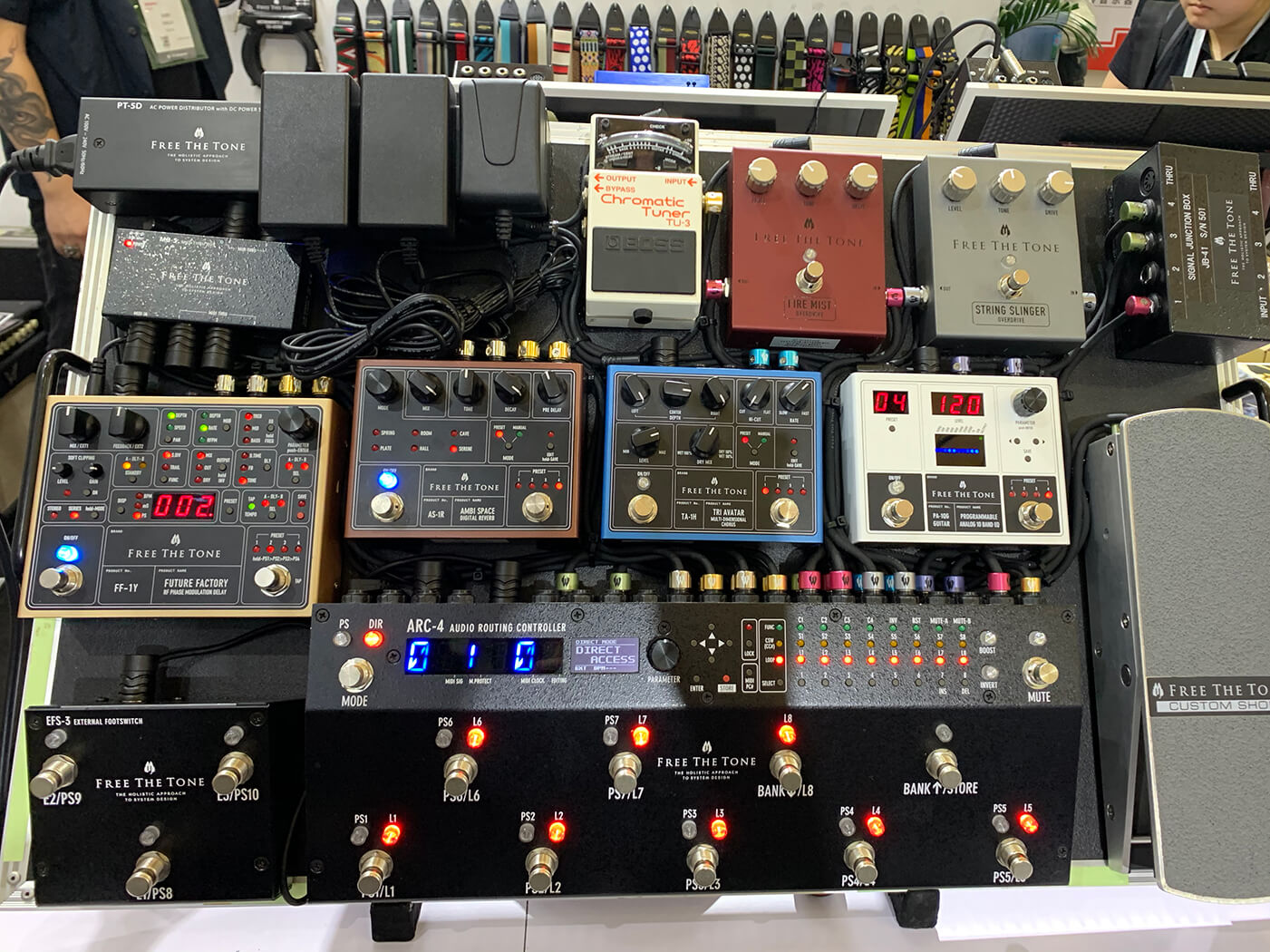 The cult Japanese pedal maker displayed an upright pedalboard whose cables, switches and knobs reminded us of a modular synth rig. On the top-right, you’ll find two of the brand’s more recent models: the String Slinger and Fire Mist.

Check out highlights from Day 1 here.