From Down Under, our reader Ben Hosking is chugging out his brand of “heavy groove” metal – check out the pedals he’s using to get that tight tone. 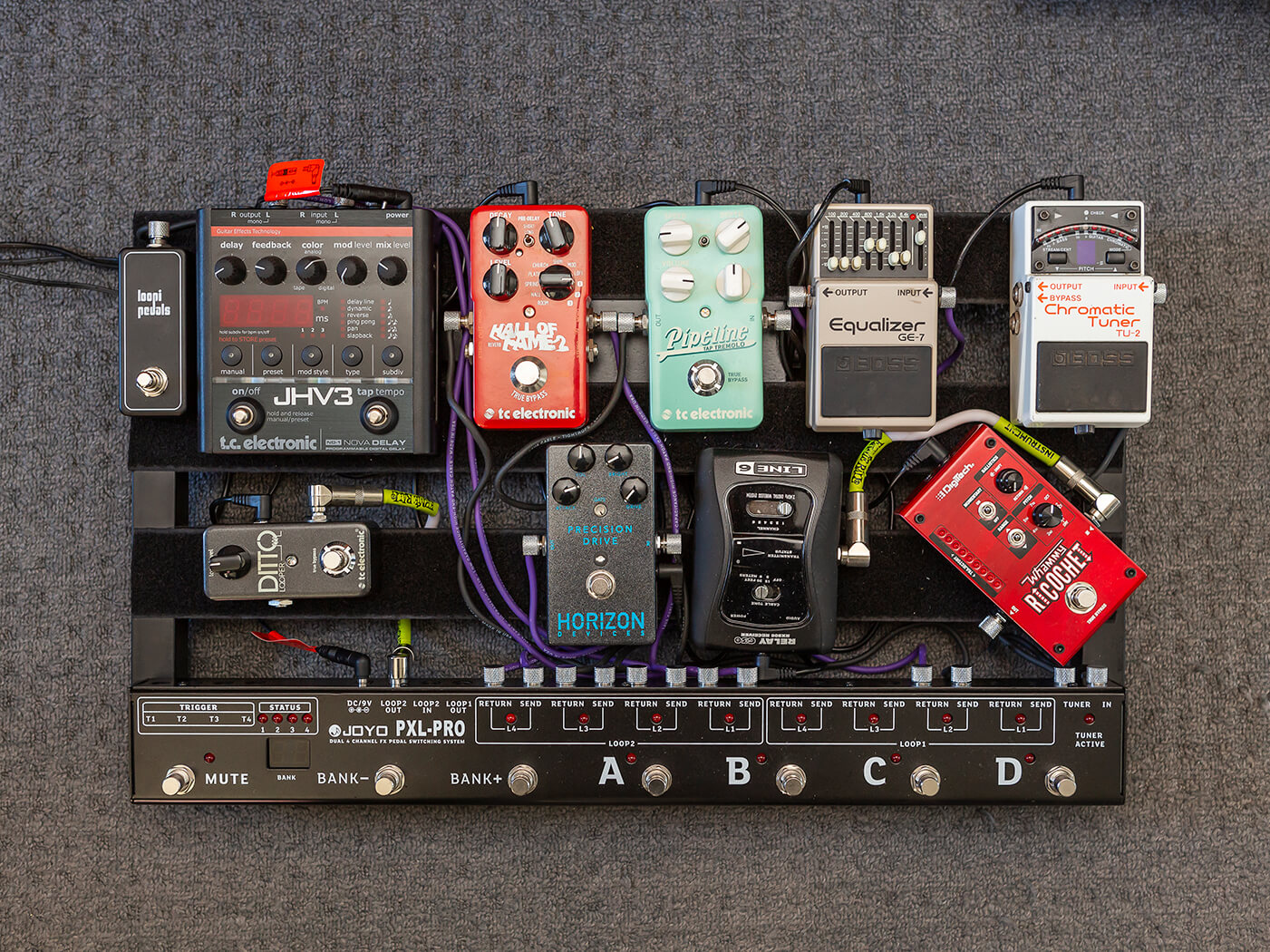 Hi, Ben! Tell us about yourself as a guitarist.

I’m a 40-year-old guitarist from Newcastle, Australia. I’ve been playing since I was about 11, but after playing in bands throughout my teens, I moved away to find work and put the guitar down for about eight years. Besides one reunion gig seven years ago with an old band, I haven’t played live since 1998.

However, that’s about to change. I’m now in a band again with a great group of people around the same age who I used to know in the scene way back when. We’re called Where The Devil – like that old saying, “Where the devil did I leave my…” We’ve been busy writing a bunch of original songs in a style that we like to call ‘heavy groove’. Shared influences among the group include Helmet, Machine Head and Fear Factory, but also a host of more [contemporary] groups. 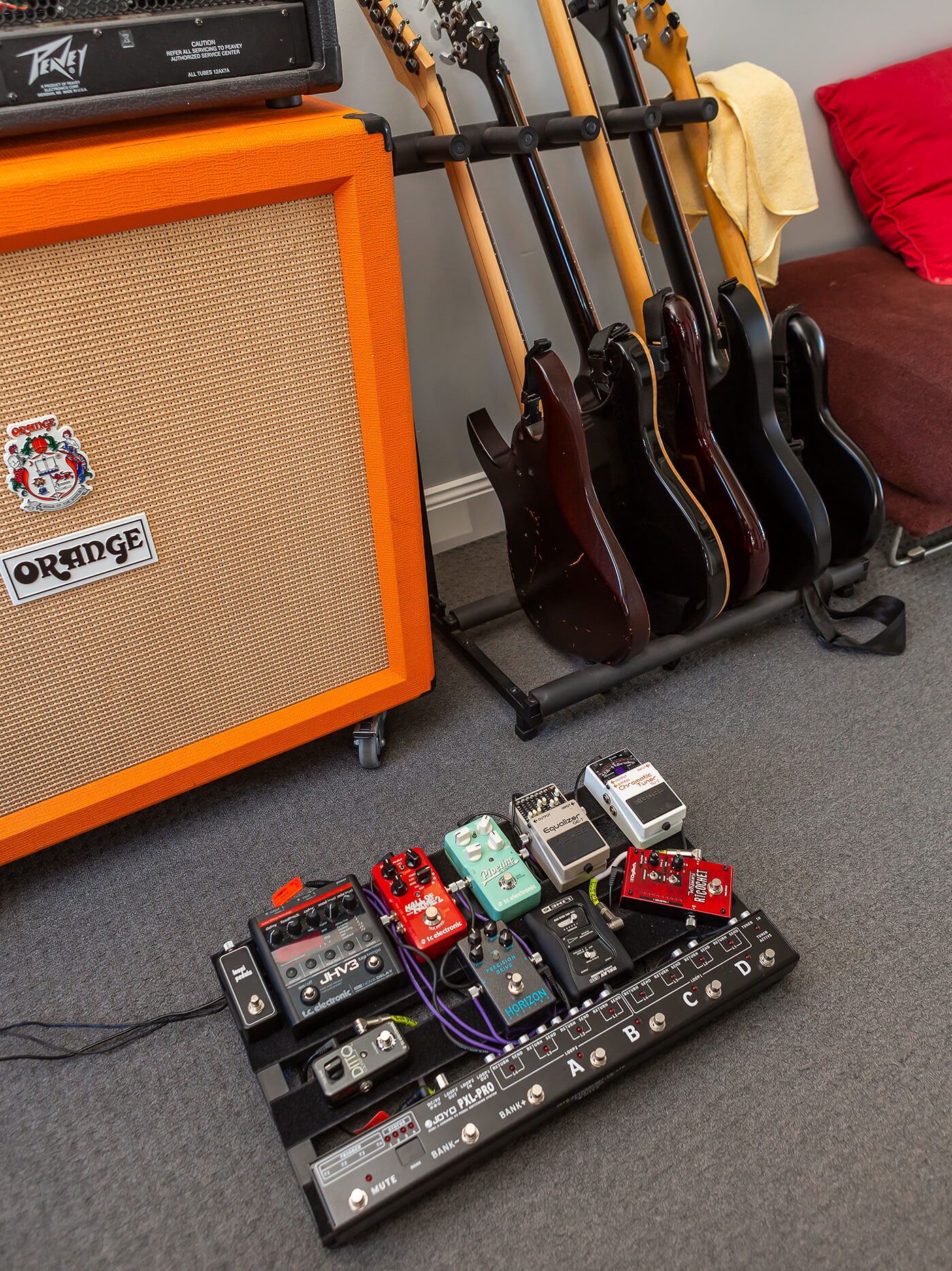 And moving on to the pedalboard…

This is really my first pedalboard – however, it’s probably the second or third slight variation of it. I built it to replace a Line 6 HD500 multi-effects that I just couldn’t get to play nicely with my then-new Peavey 6505+ head. Two-cable, four-cable… it didn’t matter. The tone suck was horrendous. So, my aim was to replicate what I was doing with the HD500.

The 6505+ is an excellent head for what I’m playing. I even like the semi-clean tones I get from the crunch setting in the clean channel (albeit with some reverb and delay). For the rhythm tone that I’m using most, I wanted something thick, but also something that cuts through the mix. The Precision Drive is pretty good at tightening up the bottom end with the chuggy stuff, and the built-in gate works well.

[Besides the DigiTech Whammy Ricochet and Precision Drive], the pedals go into the effects loop, with [that loop] exiting through a TC Electronic Ditto before hitting the amp – so all the effects are printed into the loop beforehand.

Finally, it’s all controlled by the Joyo PXL-PRO loop pedal. I was interested in the loop pedal because first, I suck at tap dancing. And second, [as] I initially built the board to replace a Line 6 HD500, [I] was used to having presets set up.

Any other interesting uses of your pedals?

I use a Line 6 Relay G30 wireless when gigging, but just remove it from the system when jamming. As you might be able to tell from the settings, the EQ is used for a telephone-type sound. And the TC Electronic ND-1 Nova Delay has been modified for a separate tap tempo pedal, which allows you to scroll through the presets with the old tap tempo button.

Which pedal can’t you live without?

The only pedal I couldn’t live without would be a tuner. I spent my youth plugging straight into my old US-built Crate Vintage Club 50 and it sounded awesome, but wasn’t doing so well with the lower tunings I’m using now, which is drop B.

What guitars do you use?

I am currently using a stock PRS 408 10-Top and a heavily modded 1994 Ibanez Talman TC420 in this band, both using 12-54 strings and tuned to drop B. The Talman has had the trem filled with a Gotoh Strat-style hardtail, refretted with jumbos, single volume, toggle (with killswitch) and a single Seymour Duncan Blackout.