From an industry-changing upstart to one of the most respected and well-known brands in guitar, the history of Ibanez is certainly an interesting one 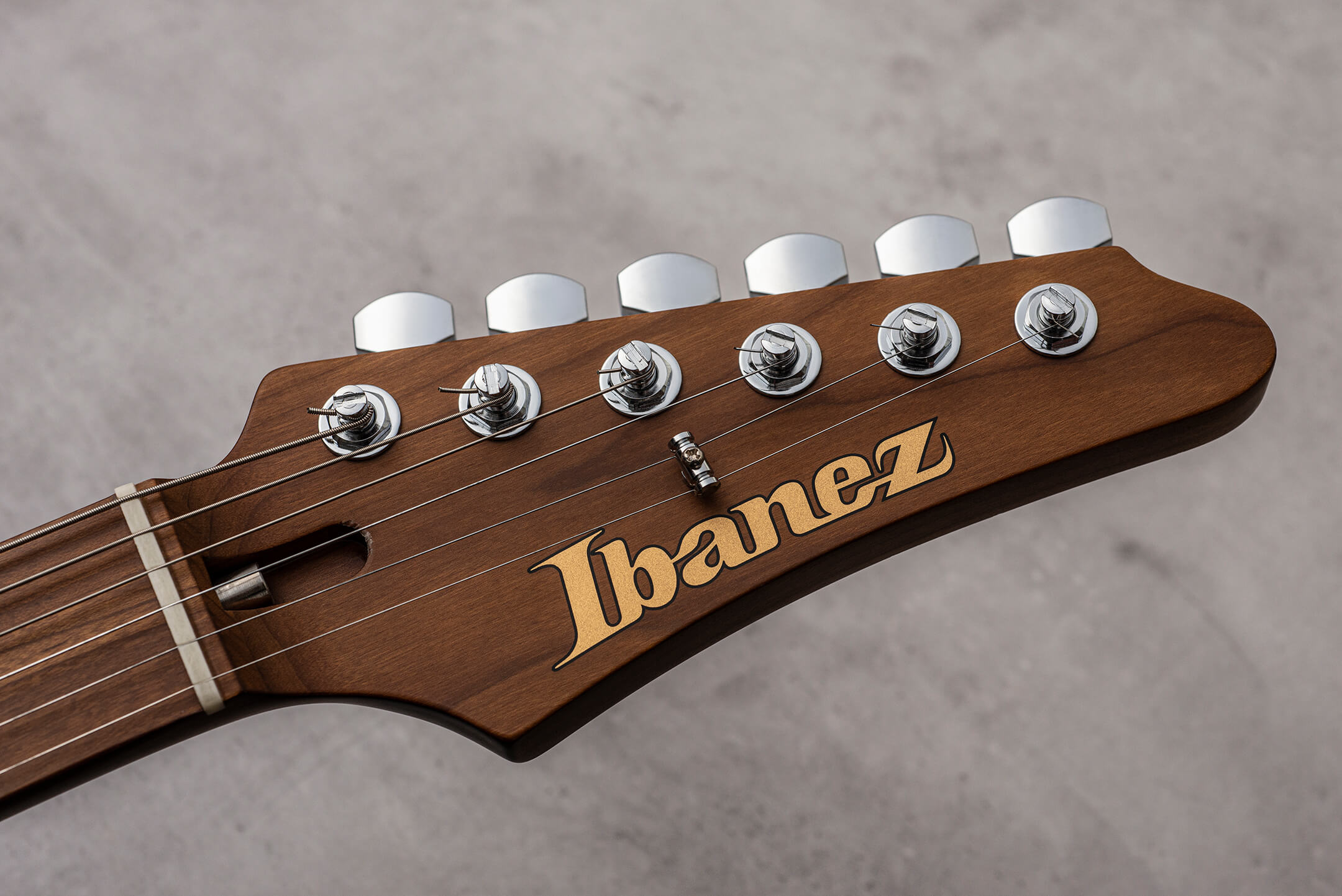 Most of the brands we’ve featured in this Brief History series will have been able to trace their roots back to the USA or Europe in some fashion, but right from the start Ibanez has been different. Ibanez is probably the most famous of the Japanese guitar brands, and with its origins as the musical instrument importing division of a book shop chain, it’s perhaps not surprising that the company has always done things a little differently to its rivals both in Japan and elsewhere, and forward-thinking with it. But first let’s head back to that humble bookstore chain.

The Ibanez story begins in Nagoya, Japan’s fourth most populous city and one of its key trade ports. Also based in Nagoya was Hoshino Shoten, a bookstore chain that – due to the increased demand for Western instruments as a result of the Westernisation of Japan in the late 19th and early 20th century – established a musical instrument division, Hoshino Gakki (‘gakki’ means ‘musical instrument’ in Japanese), to import high-end classical guitars to the country.

From the late 1920s onwards, Hoshino Gakki began importing instruments crafted by a legendary Spanish master luthier by the name of Salvador Ibanez. Now, Hoshino Gakki wasn’t the only company to import Ibanez’s instruments – several others did, most notably Yamaha – but in the 1930s Hoshino Gakki did something that would bind the two names together forever more.

In 1935 the bods at Hoshino Gakki decided that instead of simply importing instruments from Spain, they would begin to craft their own guitars in Japan, and in honor of the master luthier who had inspired the instruments (and cynically, probably also because of his good reputation) , they were branded ‘Ibanez Salvador’, which then was shortened to simply Ibanez.

The Weird, The Wonderful, The Copies 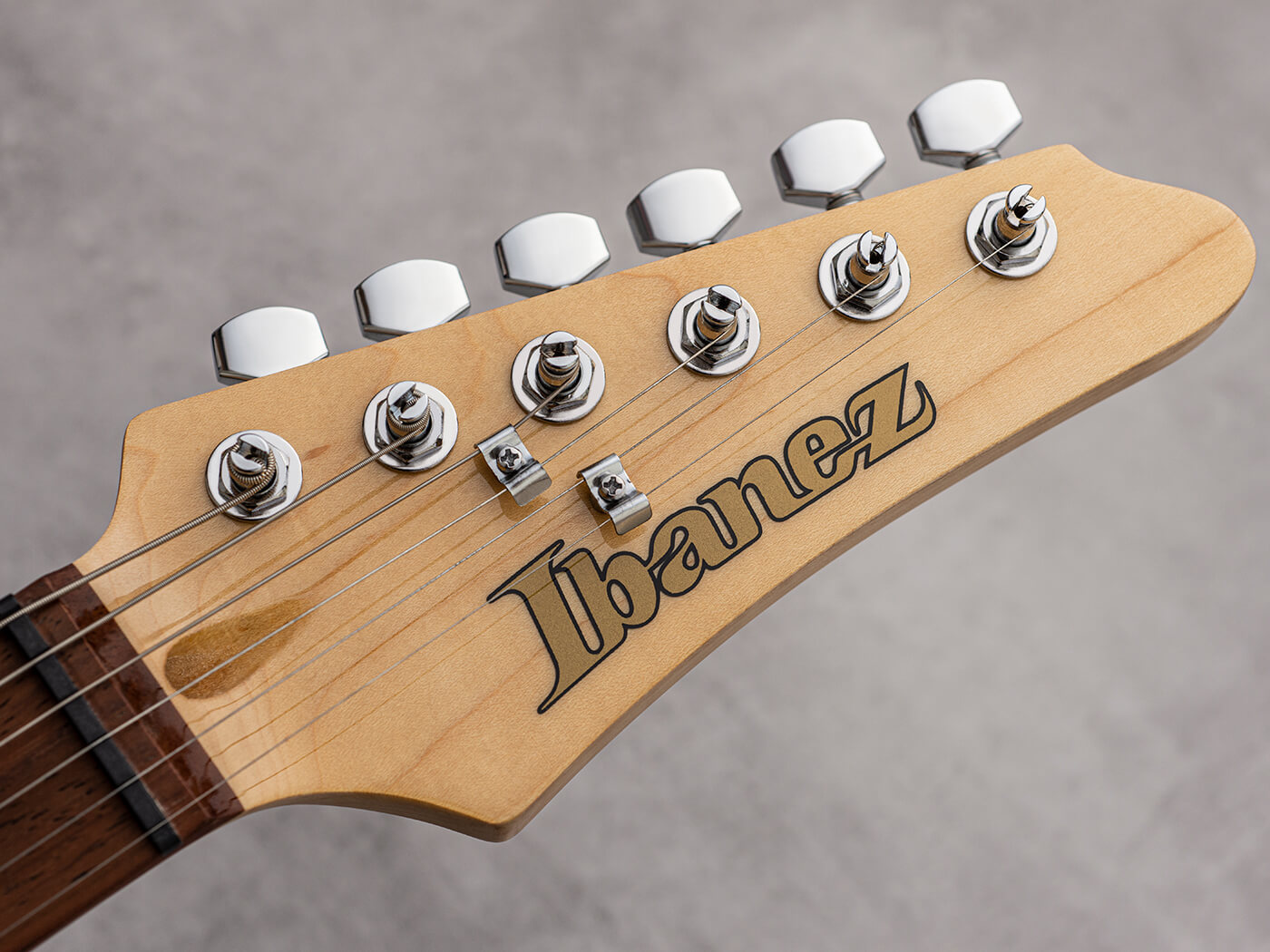 The modern story of Ibanez guitars really begins in 1957 when the youth of Japan, like the rest of the world, started to get bitten by the rock ‘n’ roll bug, and as a result the brand began selling weird and wonderful oddly-shaped instruments that were produced by instrument makers in Japan including Teisco, FujiGen Gakki, Guyatone and in its own Tama factory.

By the mid-1960s, however, Ibanez – like many other Japanese guitar brands – had settled into a habit of producing very, very close replicas of the famous USA-made instruments that had powered the explosion of pop music from the likes of Gibson, Fender and Gretsch.

Nowadays, the issue of copyright and intellectual property is such that lawsuits between brands over body shapes are depressingly commonplace but in this era things were a lot more wild west (Gibson didn’t even bother to try to trademark many of its classic shapes until the 1990s) and so while brands like Ibanez were just producing instruments for the Asian and Australasian markets, through lack of concern or just ignorance, it seemed the big US brands were content to leave them alone.

Within a decade, however, that was about to dramatically change.

It’s not an understatement to say that by the late 60s and early 70s, the shine had come off the US guitar industry – the CBS era at Fender and the Norlin era at Gibson coincided with widespread cost-cutting that saw a gradual but undeniable decline in build quality, while companies such as Martin were so back-ordered thanks to the folk boom and insufficient capacity at their factory that the waiting list for a new guitar was three years.

It was as a result of this situation that the US boutique guitar industry would be born – as smaller luthiers realised that they could produce instruments that were as good if not better than the mass-produced guitars of the era, and working musicians were prepared to pay a little more to ensure that reliability.

One of these luthiers was a man named Harry Rosenbloom, who ran Medley Music of Bryn Mawr, Pennsylvania and in the 60s began building his own instruments under the brand Elger Guitars. But in 1965 Rosenbloom changed tack altogether and did something that would change the American guitar industry forever – he stopped making guitars himself, and became the exclusive distributor of Ibanez guitars in America, and then in 1972 Hosino Gakki and Elger began a partnership to import Ibanez guitars to the USA.

When they were just in Japan, the fact that brands like Ibanez, Greco, Tokai, Hondo, Electra and many, many others were producing high-quality copies of US instruments hadn’t merited much concern from the big guns. But now these instruments were beginning to flood the US market, and in many cases offered superior build quality and sound for a fraction of the price of a 70s Gibson or Fender.

The tipping point guitar, as it happens, was an Ibanez – the Super Standard was a very close take on a Les Paul and in 1977 Norlin decided it had seen enough, filing a lawsuit against Elger/Hoshino in Pennsylvania, alleging improper use of Gibson’s headstock shape and logo.

Hoshino would settle the suit out of court in 1978, made changes to its headstock and other logos and began to focus on producing its own unique designs. The other Japanese brands importing to the USA soon followed suit and the ‘lawsuit era’ as it would be retrospectively known was over.

For Ibanez, however, this reputation for quality and affordability – Ibanez had won famous fans like Bob Weir of the Grateful Dead and Paul Stanley of KISS – combined with a newfound need to diversify would be the recipe for unprecedented success in the years to come.

In the mid-70s Hoshino Gakki entered into an agreement with the Nissin company to produce some of the newfangled effects pedals that were starting to take the guitar world by storm. As part of the arrangement, Nissin would design and produce the pedals for Ibanez, but would also release them under its own brand Maxon.

In the late 70s, Maxon designer Susumu Tamura was tasked with designing a pedal to compete with the new Boss OD-1, and in doing so Tamura would change the guitar world forever. The circuit Tamura designed was innovative, and made use of an op-amp to differentiate it from the transistor-based dirt pedals of the 60s and early 70s.

The resulting pedal arrived in 1979 and was christened the Tube Screamer, as it was designed to replicate the sound of a tube amp cranked into overdrive.

To put it mildly, the Tube Screamer was a hit – most famously adopted by Stevie Ray Vaughan, it would be a waste of time to try and list every famous guitarist who has relied on the wonderful ‘transparent’ qualities of a TS on their board over the years.

Ironically given Ibanez’s legal troubles in the 70s, it’s no exaggeration to say that no pedal has been more copied than the Tube Screamer, while the company itself has produced several versions, including the OG TS-808, the early 80s TS-9 and 1986’s TS-10. All three versions have their fans (John Mayer is a notable lover of the ‘unfashionable’ TS-10) but the 808 and 9 Series are the most popular.

Get Ready To Rock

In the 70s Ibanez had earned a reputation for quality and value, but by the early 80s the instruments that the brand had been censured for copying were quickly falling out of fashion as the shred era saw an explosion in demand of high-performance rock axes that met the exacting expectations of a new generation of technical players.

The first Ibanez shred axes were the Roadstar and Saber, which would eventually morph into the RG and S series guitars that still exist today. With shred-ready appointments like fast skinny necks, high-output humbuckers, deep cutaways and locking tremolo systems, Ibanez soon became one of the most popular brands for shredders big and small.

This era also saw Ibanez begin to dip its toes into the world of signature instruments, but they approached it slightly differently to most brands at the time – rather than allowing an artist to spec an existing model to their tastes, Ibanez gave their signature artists a blank canvas to put their most wild ideas onto.

It was an approach that bore fruit with the likes of Allan Holdsworth and Reb Beach, but perhaps reached its pinnacle with a trio of shred titans, Joe Satriani, Steve Vai and Paul Gilbert. Satch’s JS series has been one of the most consistent parts of Ibanez’ catalogue for 30 years now, while Gilbert’s PGM, Fireman and Mikro are some of the brand’s most unconventional guitars.

It’s with Vai however that Ibanez’s most famous signature instruments have been created – from the game-changing seven-string Universe to the iconic JEM, to the bizarre triple-necked Hydra created for him in 2020, rarely has a brand and artist seemed to be more on the same wavelength as Ibanez and Steve Vai.

As it happens, Vai would have a key, if inadvertent, part to play in Ibanez’s success and reinvention in the 1990s. Seven-string instruments had been around for decades, but in the early 90s when guitarists Munky and Head were looking for a way to make the riffs of their band’s riffs sound deeper, darker and more foreboding, Munky remembered his idol Steve Vai using a seven-string guitar in the 80s, and so the pair invested in seven-string Ibanez Universe instruments ahead of the recording of Korn’s seminal self-titled debut in 1994 – the sound of nu metal was born, and for the first time ever the seven-string guitar went mainstream.

Before long every wannabe nu metal band guitarist wanted to get their hands on seven-strings, and legacy brands scrambled to get in on the action. Ibanez was ahead of the game however and so it’s no surprise that everyone from Linkin Park to Staind to Limp Bizkit used the brand’s seven-string instruments, while Head and Munky would be honoured with their own K7 signature models in 2001.

Since the 90s Ibanez has been a brand heavily associated with metal, and despite the brand’s attempts to branch out from that – the Talman and Roadcore instruments being notable instruments that have been mild hits in that vein – it’s a reputation that has stood the brand in good stead as the explosion of social media has seen an explosion of technical metal over the last decade, with everyone from Tosin Abasi and Yvette Young to Mårten Hagström and Tim Henson all creating signature models with the brand.

More than a century after it first started making its own guitars, Ibanez has rightly earned a reputation creating innovative and boundary-pushing instruments for guitarists who are at the bleeding edge of what’s possible.