How I got started… Chrissie Hynde – Reckless Rebel

In a new Guitar & Bass series, we ask iconic musicians to cast their minds back to what made them pick up the guitar in the first place. We kick off with Pretenders legend Chrissie Hynde. 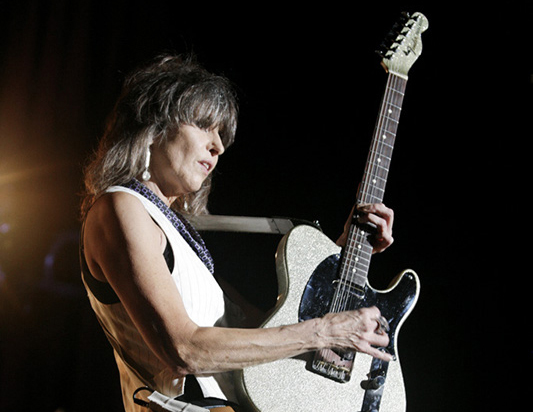 Look on the Akron, Ohio city website and you’ll find Chrissie Hynde feted as one of the city’s most famous daughters. Not that she’s about to publicise the fact, and it’s somewhat ironic that over 40 years ago she couldn’t wait to get out of the place.

Growing up in the city’s ‘comfortable’ suburbs, Hynde wanted to get more out of life than buying into the proverbial ‘American Dream’. As she says: “I moved out of Akron because there was no downtown area in the 60s – you couldn’t move downtown and get an apartment. It was all mall culture.”

The first album Hynde owned was Meet The Beatles, and like many kids in their early teens she wanted to be in a band, “so I bought a ukulele. Then I got into the whole hippy band culture thing, listening to bands like Moby Grape, Buffalo Springfield, Jefferson Airplane, The Velvet Underground and some of the British bands like The Rolling Stones and The Kinks.

I was also a great James Brown fan, as I loved rhythm guitar, which was of course a major part of his sound. But I suppose my greatest influences came from those that were more local, like Mitch Ryder And The Detroit Wheels, The Paul Butterfield Blues Band and, although he wasn’t from Akron or Cleveland, Alice Cooper, who used to play around the area. He had a great band… one of the best.”

In fact, Hynde caught up with anyone and everyone who came through Akron or Cleveland. “The Stooges were local too, but I didn’t become a mad-keen Iggy Pop fan ’til I discovered David Bowie,” she says. “I saw the first gig that David did in the States, when he came to Ohio – I was at the soundcheck. He really got me refocused.

But by 1972 it looked as though it was all over. A lot of people had died. From 1967-1971, it kind of started to go a little downhill – the hippy thing morphed into a Hawkwind-cum-punk thing.”

In 1973, Hynde moved to the UK. “I came with three albums, didn’t know anybody, didn’t have a policy,” she remembers, “but figured I could work it out. Between ’73 and ’79 I did a whole lot of travelling. I spent a lot of time looking for a band – and had a lot of false starts… I finally got The Pretenders together in ’78.” Hynde’s songwriting developed because “I couldn’t really play along to records.

I was alone in my room most of the time with my guitar, so I just had to write my own tunes so I had something to play. Then I realised that I liked to sing, and with just a few chords there are possibilities for melodies – and I kind of stuck there. I regret it now… no, I don’t regret it, because it’s done well for me. But if I hadn’t been able to sing or write songs, I might have developed more as a guitar player – but I got a little sidetracked by the songwriting thing. 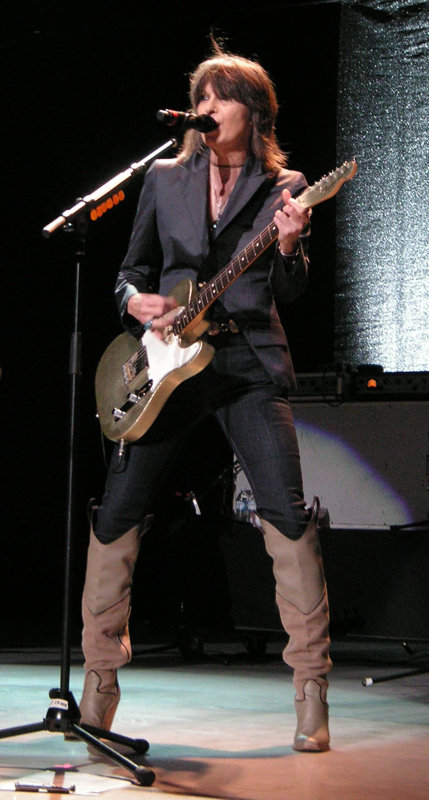 “I love my Telecaster. I’ve got a couple, and I guess once you get used to the sound… and it’s also good for rhythm playing… and just the feel of it. I’ve had one for 35 years, and I also had a really lovely Strat.

My guitar player’s so good, I said ‘you should be playing this’ – so now he’s got it. I found a new Tele they had up at John Henry’s, I think it had humbuckers on it – it’s like a hybrid guitar and I thought it was sweet, so I used that on a couple of shows. I also had a beautiful Tele that was made by Philippe Dubreuille, a French maker.” Hynde also owns “two nice little acoustic Martins – you know, the ones with the brown body, not the blonde top”.

Amplifiers are covered by Fender and Ampeg. “What I like is small amps, because with a small amp you can crank it up and play it loud,” says Hynde. “When I look back to the 60s/70s TV shows, the bands sounded really good. But when they got to the 80s, they sounded really shitty.

People started using bigger amps so they could play in great big arenas and stuff. The best thing to have a good sound onstage is to have a smaller amp and crank it. If you can keep the stage sound relatively quiet and you can get the sound guy to crank it through the PA, thats how your band’s going to sound the best.

It’s way better than everybody turning up the volume so you get a wall of sound – and that doesn’t sound very good out in the hall. But nobody will agree with me on that because that’s a guy’s thing. Also, it’s better for the singer because you don’t have to battle everything and have to start screaming. And if you scream and you’re a woman, no one wants to hear that.”

“I don’t think there is anyone who has surpassed Mose as far as an influence. There was a man with a piano and a glass of water. He never got too big, he was never a household name. He influenced all the greats and kept his profile really low, and he consistently made amazing records. To me, that’s a hero. Doing his thing and keeping it underground. That sums it up for me. He would never consider himself to be rock ’n’ roll, but he is. He’s very true to himself. 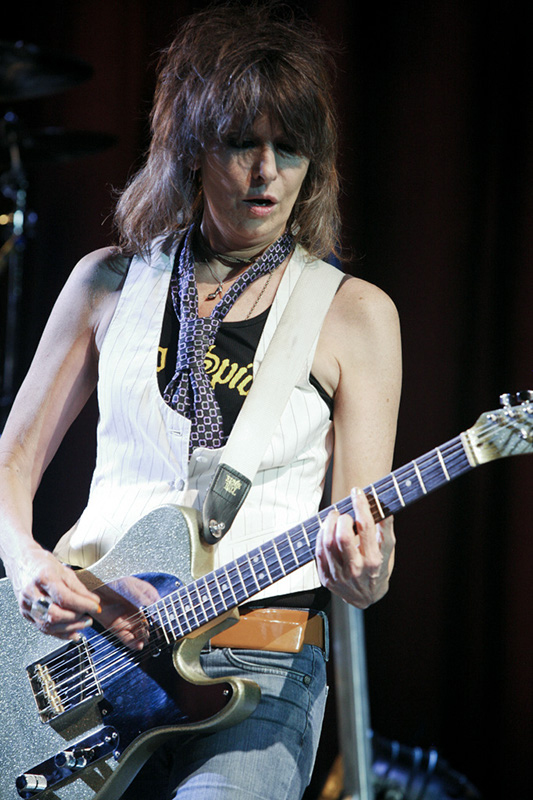 “Mose has influenced a lot of guitar players – his chord structure and everything. But as far as rock guitar goes, I think Jeff Beck is the best rock guitarist there is. He’s such a virtuoso, I can get him to play anything. When he gets into his jazz areas, no one can rival him – he’s also unrivalled as a rock guitar player, but that doesn’t seem to turn him on so much.

I’ll put my cards on the table: jazz is a more sophisticated, more elevated and a more pure form of music than rock ’n’ roll [Hynde’s brother is a jazz musician]. The jazz culture was getting dumbed down, and when rock ’n’ roll took over, everything was going in that direction.

Even jazz musicians got involved in it. It’s turning around now and pure jazz is going to reign – at least I’d like to think so. I have a feeling, because it’s got real thin on the ground and real shitty in the last few years – you know, the little girls in their underwear thing. I love the ‘glam’ of rock ’n’ roll – the New York Dolls, Iggy Pop, David Bowie, and it’s a lot of fun – and that’s where my thing rests.

But as far as the bigger picture goes, the influence of jazz and so forth, I think everything’s going to get a little better and we’ll forget all this talent show bullshit. And I’m going to play the guitar properly before I die – that’s my one goal.”