Seven albums in, Dan Patlansky is finally being recognised for his superlative blues playing, and he’s been reunited with the trusty Strat he nearly lost to Hurricane Katrina, too… 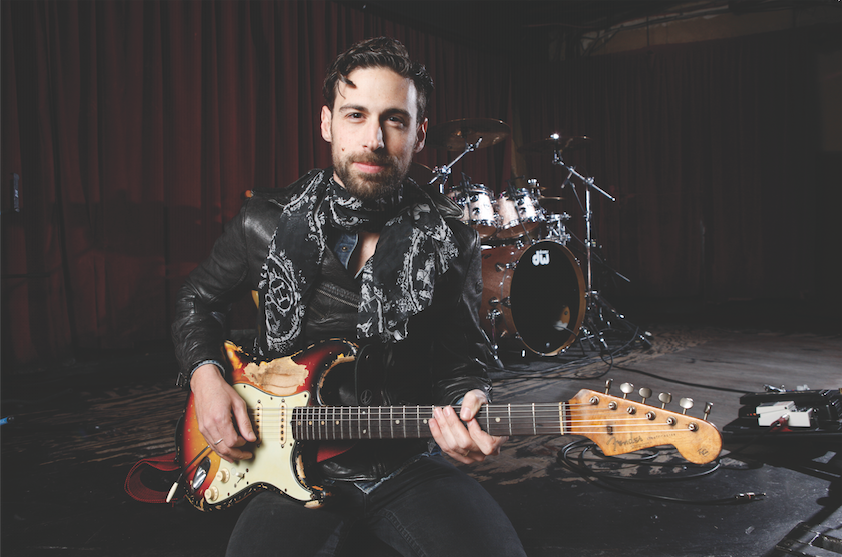 In February 2014, he strapped on his trusty 1962 Stratocaster, led his power-trio out in front of a packed FNB Stadium in Johannesburg – capacity 95,000 – and played a blistering set of pile-driving blues rock to the masses. It was, admittedly, an opening slot for Bruce Springsteen, enjoyed by the Boss himself from the wings, but Patlansky’s profile duly rocketed. That breakthrough moment had been a while coming – Dan’s latest album, Dear Silence Thieves, is in fact his seventh – but that means he’s emerged a stellar, fully formed Strat-toting guitar hero, and he promises to be one of the faces of 2015.

You’ve played a 1962 Strat since you were 18 years old, how did you come by such a rare guitar at such a tender age?

“I call it ‘Old Red’ and it’s one of kind, an unbelievable player. The neck fits my hand perfectly. I’ve been playing it for 15 years and it just feels like home. It’s completely stock except for the Graph Tech saddles and replacement machineheads, and I had bigger frets put in.”

“I bought it in the year 2000 from a vintage dealer in Johannesburg. In the 1990s, there were so many Strats that passed through this guy’s shop. There’s a lot of vintage guitars in South Africa: Strats, Les Pauls and all sorts, so he would find these guitars and ship them to the UK. I bugged this guy for years, saying ‘come on, sell me one that I can afford!’ I called him up once a week. Eventually, he sold me Old Red just to shut me up. He sold it to me for the equivalent of like £7,000, it was a steal.” 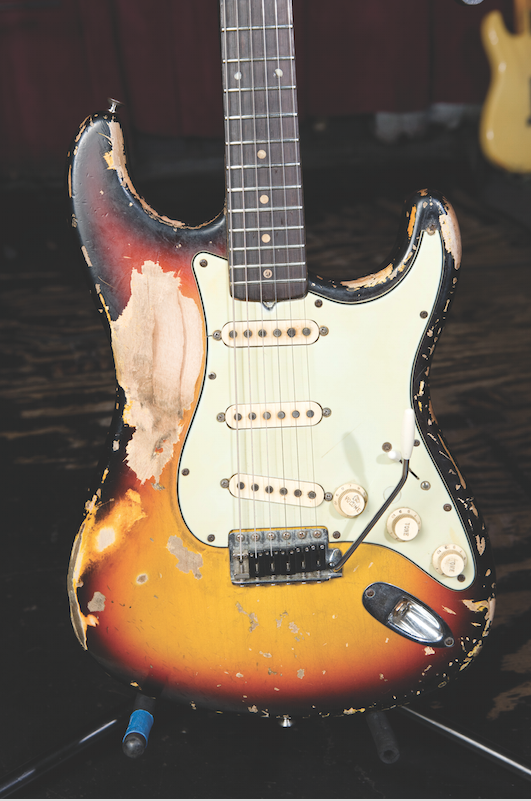 Old Red was very nearly lost to Hurricane Katrina in 2005. How did that come about?

“I took up this opportunity to go to stay in New Orleans and tour in the States. One day, some guy came to my apartment and said, ‘Are you evacuating tomorrow? There’s a hurricane coming through.’ The apartment block was literally next to the levee and I was on the ground floor. I didn’t know what to expect, I thought it’d be just like a really big storm, so I ignored it. Then my manager came past my apartment and convinced me we had to get outta there! I grabbed the guitar and he said, ‘No, you can’t take that, there’s no space!’, so I jammed the flight case on top of the fridge, got out of there and just hoped for the best. We were evacuated to Alabama. We realised we couldn’t get back into New Orleans, so I took off to Los Angeles because I’ve got family up there. Then I saw the news and saw New Orleans was 10 feet under water. I thought to myself ‘that guitar is now floating down the Mississippi, there’s no chance in a million years I’m getting it back.’ I pretty much wrote it off then and there.”

A bluesman without a guitar, that’s not a situation that could be tolerated for long in a city full of incredible music stores

“I did actually pick up another Strat, a sunburst, in a shop called Vintage Gear on Sunset Strip. I call it ‘The Beast’. It was on the wall with a tag that said ‘1961 Strat. $2,000’. I thought that just couldn’t be right. I started to play it and it played effortlessly and sounded great. Of course, they told me it was actually a Custom Shop Closet Classic, not an original, but I still had to have it. Due to Katrina, my whole management deal was kind of done and I just didn’t have any work. I wasn’t earning money, I was just spending money. I couldn’t afford to live in LA without touring, so that’s when I decided I had to go home.” 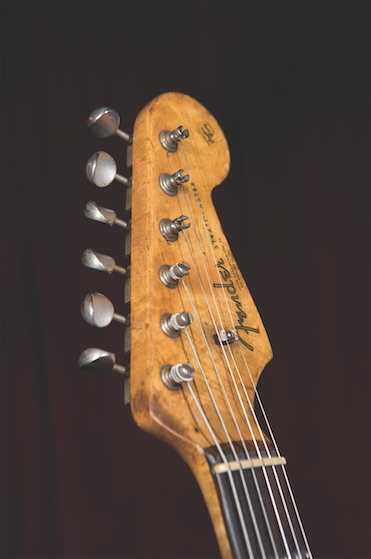 So The Beast took Old Red’s place for a year and then what happened?

“I was booked to play the Cape Town International Jazz Festival. They said they would like to fly out my American band to bring a bit of international flavour to the festival. I picked the guys up at the airport and I saw the bass player had a guitar case in his hand. It was really mouldy and shabby and I suddenly realised: that’s my guitar case. He had gone back into the apartment when it was safe just to see what he could salvage, and he found the guitar on top of the fridge.”

“The water line was about an inch or so below, so the guitar just made it by a hair. It didn’t even get wet, but it was covered in mould and moisture. I took it out of the case, the strings were completely rusted. I just wiped it off, popped some new strings on it and played the guitar that night. It played great, man!”

“Old Red has always been the guitar on the records, but I’ve been alternating between the two Strats on the road for years now.”

“What I’m currently touring with is a hybrid. I had the whole of January off this year, and I started experimenting. I took the neck, all the hardware, pickups and scratchplate off of Old Red and thought ‘I wonder what it’ll sound like on The Beast’s body?’ Man, I can’t even tell you! It’s created the most incredible combination. I know vintage freaks won’t like that I’ve done that, but it’s a simple case of me sticking that neck and scratchplate back on the red body, and it’s back to the original. I’m calling it ‘Mega-guitar’ now.”

So what about The Beast’s neck and hardware? Is it now residing on Old Red’s body?

“I tried it man, but they don’t fit! The scratchplate is a little bit too narrow for the body, so the screw holes kind of hang over where the neck is supposed to slot in. It just didn’t work out, so I’ve got all that stuff in safe keeping.”

Both The Beast and Old Red have a fair bit of wear to the bodies, we actually thought they both must have had water damage because of the Katrina connection

“No, I think it’s just my sweat. I think it’s toxic! It’s really not good for the paintwork of guitars. Every time there’s a tiny ding, a whole load of paint flakes off, and now both those bodies have this big indentation in the wood and the wood is starting to flake off, which is a little more serious.”

So the Mega-guitar is now your number one?

“I’m a minimalist. All I’ve got is a yellow ’57 reissue Strat set up for slide, and the other two. So as two have now been morphed into one, I’ve effectively only got two electrics. I’m not a collector. I’m a firm believer that my guitars have a purpose and should earn their keep. The Mega-guitar is always on the road with me.”